How the Next Generation is Building Our (Artificial Intelligent) Future

Our Journey Towards a “Healthier” World

Everybody seems to be fascinated with “the future” these days.

This is hardly surprising. After all, technology is developing at an amazing rate and the resulting social changes leave us feeling both excited and scared.

So far, advances in technology have played a major role in making the world a healthier, safer and more connected place.

But will this trend continue or has it reached its limits in an increasingly “artificial intelligent” world?

Is this deep and broad fascination with the future a temporary obsession or is the world really changing?

There appears to be an urgent need to predict what will happen to us in this new world that we are creating.

We are All “Futurists” Now

I have noticed that conferences start paying more attention to what’s going to happen. There has been a shift away from trying to solve the issues of the past and towards identifying and overcoming the challenges of the future.

This interest in the future becomes very clear when you present “old stuff” to the millennial generation. They just “switch off”.

Many of the things that I taught before seem to have become irrelevant in just a little over a year.

But talking about the future immediately generates interest, engagement and excitement. The atmosphere in the classroom instantly and completely changes.

Even the most conservative professions, like bankers, lawyers and teachers, have the future on their radar screen. They want to know how the exponential growth of disruptive technologies is going to affect their work. In this context, think “FinTech”, “LegalTech” and “EdTech”.

And even the most casual trawl of the Internet reveals an endless number of government reports, media coverage, blogs and online stories about the future.

“Futurism” and “futurist” are the words of today.

I used to hate these terms. They made me think of “out-of-touch” predictions of flying cars, underwater cities or the colonization of the Solar System.

But now I get it.

Even tech companies — the game-changers of the future — want and need futurists. They understand the importance of preparing for the future now.

I’ve been discussing this question with my younger colleagues and students a lot over the last couple of months.

What I have learned is that we are definitely on a journey of re-defining ourselves. The current technological revolution makes this possible. And by observing and analyzing recent trends in society, we can actually predict the future.

Technology is helping the next generation to give control back to people.

It helps us to be more creative and less subordinate to social, political and corporate hierarchies.

Young people are no longer satisfied with the prospect of becoming anonymous cogs in a larger corporate machine.

Technology gives everyone the opportunity to maximize their personal potential by building a lifestyle and a sense of identity that revolves around doing something they care passionately about.

Every aspect of society has been affected.

Here are some quick examples:

We prefer services over products. We want to enjoy a particular piece of music without being forced by the music industry to buy the whole album for only a few songs that we like. We want to watch our favourite television shows on demand. We increasingly choose to use car riding services.

We don’t want to spend our time on mundane and routine tasks. We don’t want to wait in lines and go to the “boring” stores. We would rather buy online (with the additional advantage of comparing prices, reviews, etc.).

We often don’t understand and trust intermediaries, such as bankers, lawyers, brokers, and agencies. Platform and blockchain technologies enable us to shift trust from “middlemen” and “outdated procedures” to “technology”. Technology-based trusting makes peer-to-peer transactions possible.

The latest innovations in blockchain, mobile, biometrics, and artificial intelligence are drivers for new technology platforms that enable inclusion.

For instance, those who lack practical, affordable banking options are able to get access to financial services. Besides financial inclusion, technologies also increase the potential to include people for whom participation in the educational system may have been difficult or impossible.

Technology contributes to a new openness and transparency. We are much more sceptical. Awareness of tax evasion and environmental scandals is much more widespread. The next generation will simply not accept “misbehavior” anymore.

It is difficult to hide behind corporate and political veils. Everyone prefers companies and politicians to be more human (admitting mistakes and using social media to share ideas and insights).

Technology has already had a positive effect on food production and distribution. Also, we see more technological breakthroughs in the areas of healthcare and clean energy.

All of these cultural and social changes have been made possible by new and disruptive technology. And, on balance, I think they are all are positive developments.

So far, recent technological innovations appear to have had a positive impact on society.

But, What Will Happen in the “Long Term”?

That’s not to say that there are no issues with these “breakthrough” technologies.

The cryptocurrency bonanza will likely lead to a “bubble” and all of the associated problems.

Warnings grow louder over cryptocurrency as valuations soar
Joe Kennedy, patriarch of the Kennedy clan, said he knew it was time to exit the stock market after a shoeshine boy…www.theguardian.com

So, are we witnessing the “beginning” of the end of humanity? In the long term, will technology “destroy” humanity?

If we look at a lot of the contemporary discussion on the future, we can see a number of cautionary “stories” about the long-term negative effects of the current technological revolution.

Here are four of the most prominent versions:

The first story is that new technologies will result in machines that are “too smart”.

The next generation is heading towards “singularity” (the moment when machines become smarter than humans). The “end” of this story is that machines will take over and humanity will be subjugated or enslaved by our own “intelligent” creations.

The second story is that new technologies will hasten the destruction of the planet.

Think industrialization, pollution or war. In each case, new technologies have an unprecedented destructive capacity. The “end” of this story is extinction and the reduction of the Earth to a lifeless wasteland.

The third story is that new technologies will create a cold and clinical “utopia”.

In this world, human behaviour is guided and controlled by technology to an unhealthy degree. Think sensors, big data, algorithms and software controlled living. However, these “new comforts” will come at a heavy price. The “end” of this story is that life will be robbed of vitality, pleasure, and — ultimately — meaning as we live out an overly-controlled and de-humanized existence.

And the final story that I sometimes see is that new technologies will make the next generation” too smart”.

Technology will help us travel further and discover new things. The footprint of humanity will extend far beyond the Solar System and we will project outwards into space. As a result, we will encounter other life-forms or extra-terrestrial dangers. The “end” of this story is the new challenges and uncertainties that such an encounter would create.

No matter how you look at it, the future generation is lost.

Technological developments are going too far, too fast. Humanity is losing control over itself and — however it pans out — the endgame doesn’t appear to be good.

Yet, what strikes me from my discussions with the “next generation” is that, in spite of these issues, they will not be deterred. They continue to embrace new technologies. They are determined to build a future around these technologies.

For the next generation, going “back” to the analogue world of hierarchies and incremental change is just not an option.

And, when I look at my students, I am confident that the next generation (and future generations) will find solutions to any problems that may be encountered.

They are already aware of the risks and are working towards solutions. These solutions will avoid going back to the “old world”, and ensure that improvements in technologies means improvements for society and a better future for all humanity.

Of course, and as I have written before, education and creativity remain particularly important here. 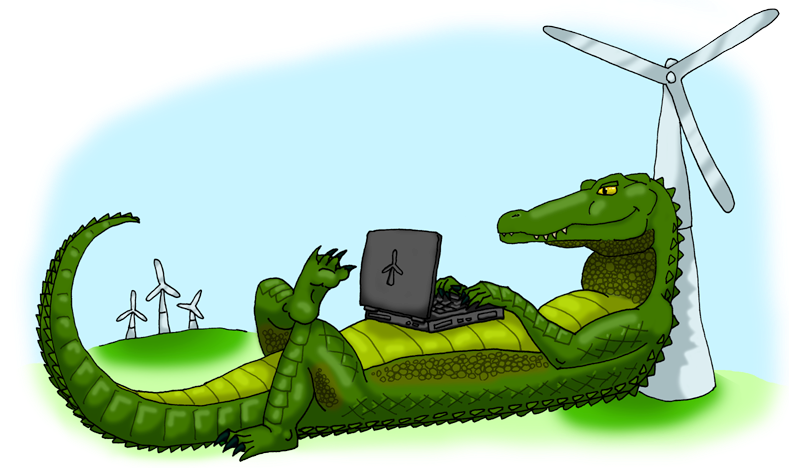 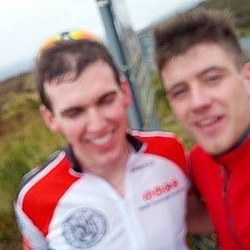