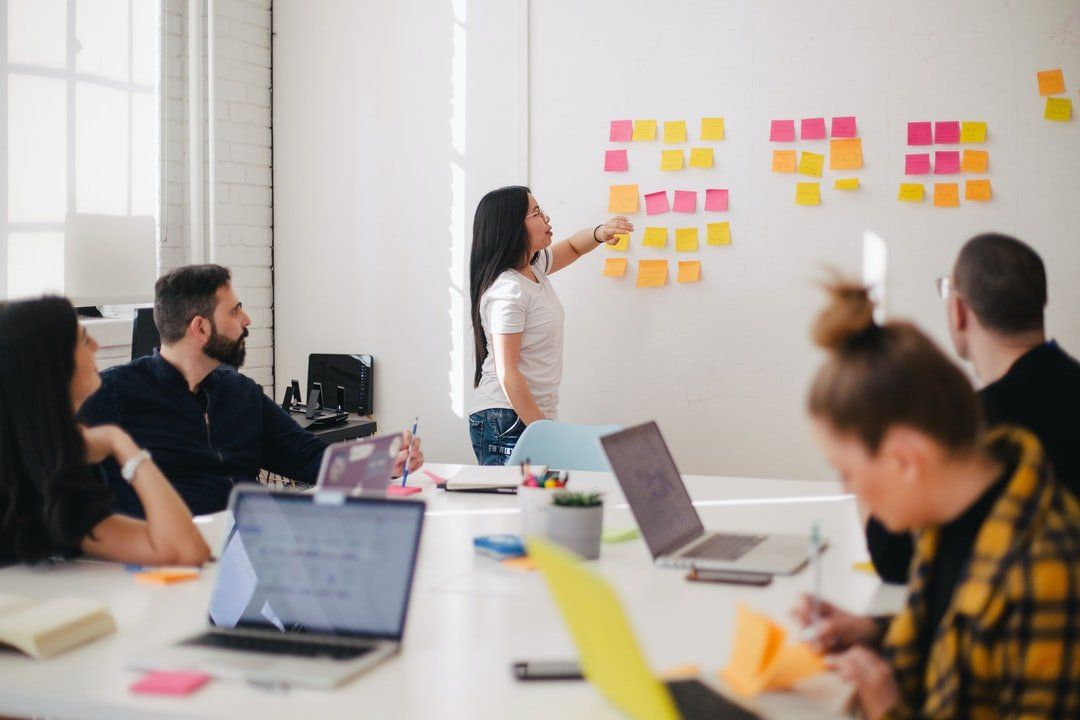 COVID-19 has severely challenged a core tenet of the Agile movement: the importance of face-to-face communication. But instead of slowing Agile teams down, herein lies an opportunity to improve the fundamentals of an efficient workplace, writes Clifford Berg

My wife is a behavioral therapist. Before COVID, I had been trying to convince her to get licensed in multiple states and move her practice online using virtual sessions. That way, we could live anywhere we wanted. One problem she immediately raised was that insurers would not pay for virtual sessions. Another issue, she explained, was that she needed to see people one-on-one to connect with them.

Like my wife, the Agile movement also emphasizes face-to-face communication. The preference is enshrined in one of the Agile Manifesto’s twelve principles: “The most efficient and effective method of conveying information to and within a development team is in-person conversation”. Extreme Programming, which arguably launched the Agile movement in 1999, also emphasized people all sitting together in a team room, often sharing a keyboard using a practice known as “pair programming”.

But how important is in-person communication really?

The pandemic has revealed that many people find that working remotely and communicating over video or other electronic means is just fine. And my wife is now doing all of her therapy sessions over video, and she reports that it is fine and that her patients actually prefer it! Insurers have been forced to cover virtual sessions, and the hospital my wife works for has announced that the practice will continue, even after COVID has passed.

The insistence on being present in person is a cultural component of the Agile movement. It is not based on logic or data; it is an attitude and a preference. Jeff Sutherland, the creator of the widely used Agile method known as Scrum, reported back in 2005 that “distributed teams and even outsourced teams can be as productive as a small collocated team.” The report fell on deaf ears though: the Agile community was fully committed to colocation and face-to-face communication, no matter what the evidence showed.

There are of course benefits to this kind of communication. Often cited as “body language” - a person’s wrinkled brow, or the slight twist of a smile that you might not catch through a camera. But is all that really so important when talking about product development issues?

There are also benefits to remote communication

Has someone ever tried to show you how to do something on a screen? Were you sitting next to them, and did you have to squint to see the tiny font on their computer? And did they talk so fast that while you were still thinking about what they said, they had moved on to another part of the screen, causing you to miss what they are saying now?

In contrast, if someone explains something through a text message, you have what they wrote in front of you, and so if they are going too fast you can still read at your own pace, and even go back to reread. If they are sharing their screen - a common occurrence in the new working dynamic - their screen is now on your screen, which is much easier to see.

For these reasons, explaining something remotely can actually work better than in person, one of many advantages to being remote. An important one is that you can turn off distractions if you need to. Assuming that you have a quiet home office (not everyone does), you can disable desktop notifications on your computer so that nothing pops up; instead, you can check your Slack or Teams channels when you choose to; and check email when you choose to. No more interruptions.

Cal Newport has written extensively about the importance of being able to isolate oneself when trying to focus. In his book Deep Work, he describes the habits of a professor named Adam Grant. According to Newport, “Within a semester dedicated to research, [Grant] alternates between periods where his door is open to students and colleagues, and periods where he isolates himself to focus completely and without distraction on a single research task.”

Newport insists that isolation is essential to be able to focus deeply: to think deeply, one needs to build a complex mental model in one’s working memory, and interruptions can shatter that model. Just the anticipation of interruption prevents one from thinking deeply.

The reason that the Agile movement identified face-to-face communication as important was because during the 1990s the technology industry had developed the common practice of having teams create documents and “hand them off” to other teams, with no other interaction between those teams.

The documents were felt to be complete and self-explanatory. They were not, and so the Agile insistence on this form of communication was a reaction to the bad practice of handing off documents. It went too far though. Instead, one extreme merely replaced another.

Documents, or other forms of written communication, are not bad. In fact, when discussing complex issues, writing ideas down is essential. That is why Jeff Bezos insists that his staff write their thoughts down before a meeting, and calls that “the smartest thing we ever did.”

Face-to-face communication is extremely valuable; but so is written communication. And some people communicate better in person if they first have a chance to think something through in private, highlighting that in-person conversation is not the answer for all communication needs. That is why my colleagues and I got together to brainstorm what a more updated version of Agile could entail.

Agile 2 re-emphasizes the importance of focus and written communication, and states that we should “respect cognitive flow”. It also encourages “deep exchanges” rather than lots of vis-to-vis meetings in which a leader wants to know “the ask” and then runs to the next meeting without really understanding the issue.

Real communication requires real thought - deep thought. And real communication sometimes needs to go deep, and that does not always happen in a large group. Sometimes it also helps to write one’s ideas down and share one’s entire train of thought that way - without being interrupted - to find areas of disagreement that can then be discussed better in person.

Agile 2 considers all of these situations and their nuances, instead of making a blanket one-size-fits-all statement about how communication should be done.

Agile 2 brings balance back to Agile, rather than more extremes. It takes the best part of traditional Agile methodology and offers a more modern and technologically applicable theory.

Related Stories
Subject Matter
Contact us for Digital Product Development by @AWH
#promoted
How To Get The Most Out The Pomodoro Technique To Be Highly Productive by @wrgoto
#productivity
The WFH Slump: 10 Ways To Be More Productive While Working From Home by @peter-jobes
#wfh
Is The Daily Standup A Waste Of Time? by @ternarywat
#agile-scrum
Building the Network for the WFH Future by @brianwallace
#remote-work
7 Startups Founded During the Pandemic by @complishapp
#startups