How I Hit the Front Page of Hacker News 5 Times 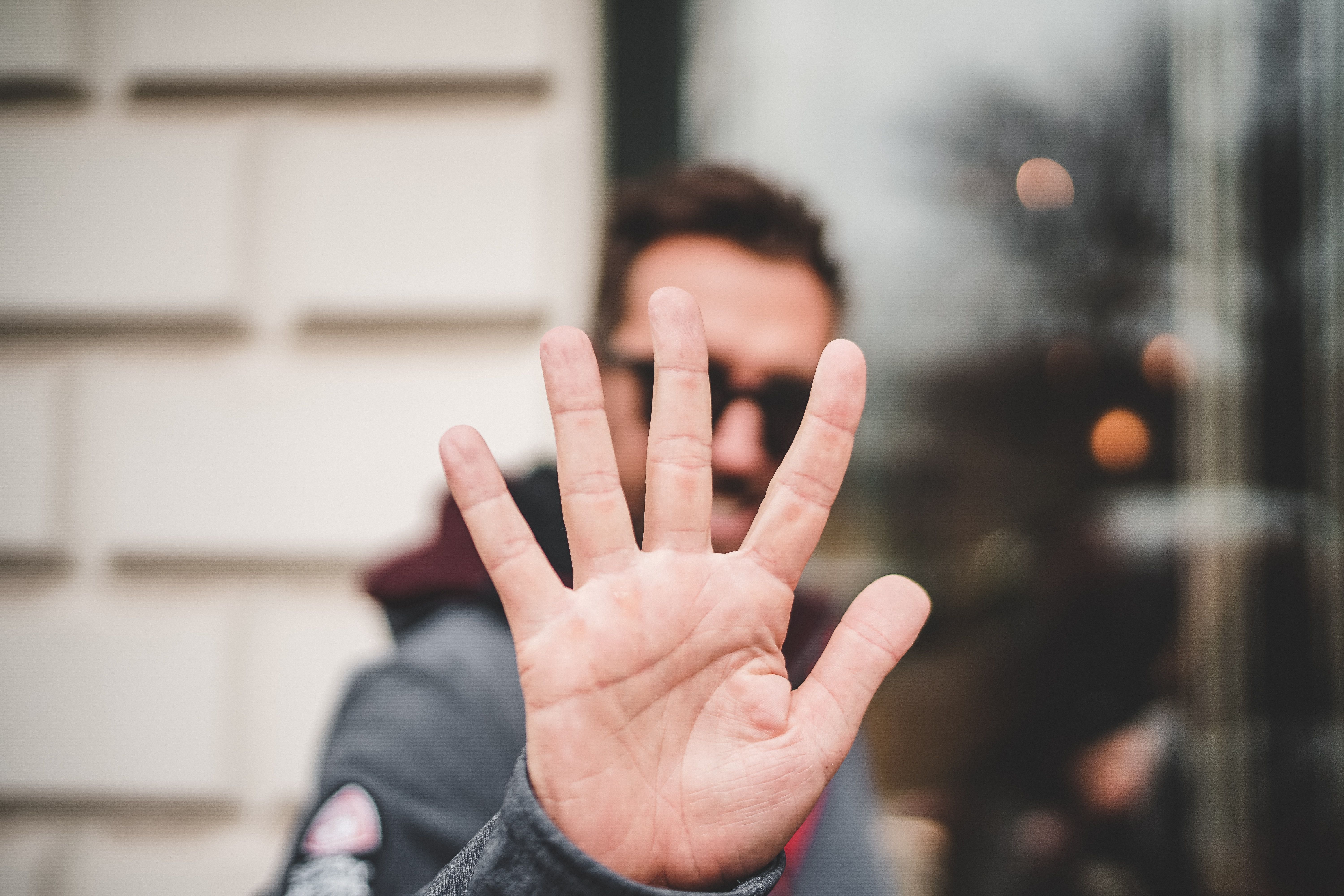 First, let me turn off your warning bells.

This post isn’t some magic formula for hitting the front page of Hacker News. I don't sell snake oil and I'm not a "growth hacker."

This post also isn’t me bragging. I’ve written hundreds of thousands of words professionally and less than 1% of those words have been seen by more than 1000 people. Most of the stuff I write falls into the dustbin of internet history (or if I’m lucky, my mom re-shares it on Facebook).

I’m just a programmer who writes on the internet. Sometimes I learn things and share them. Here's what I've learned about publishing content with the Hacker News crowd in mind.

Humility aside, I'm proud that a few things I’ve written have been voted to the front page.

I write a lot of my content for the Hacker News crowd (they’re my people: developers who work at startups), so I feel like I might actually know what I’m doing when something takes off.

Of course, things I write rarely get much traction on Hacker News. Of the ~40 things I’ve submitted, here are the five that actually hit the front page and what I learned from each of them: 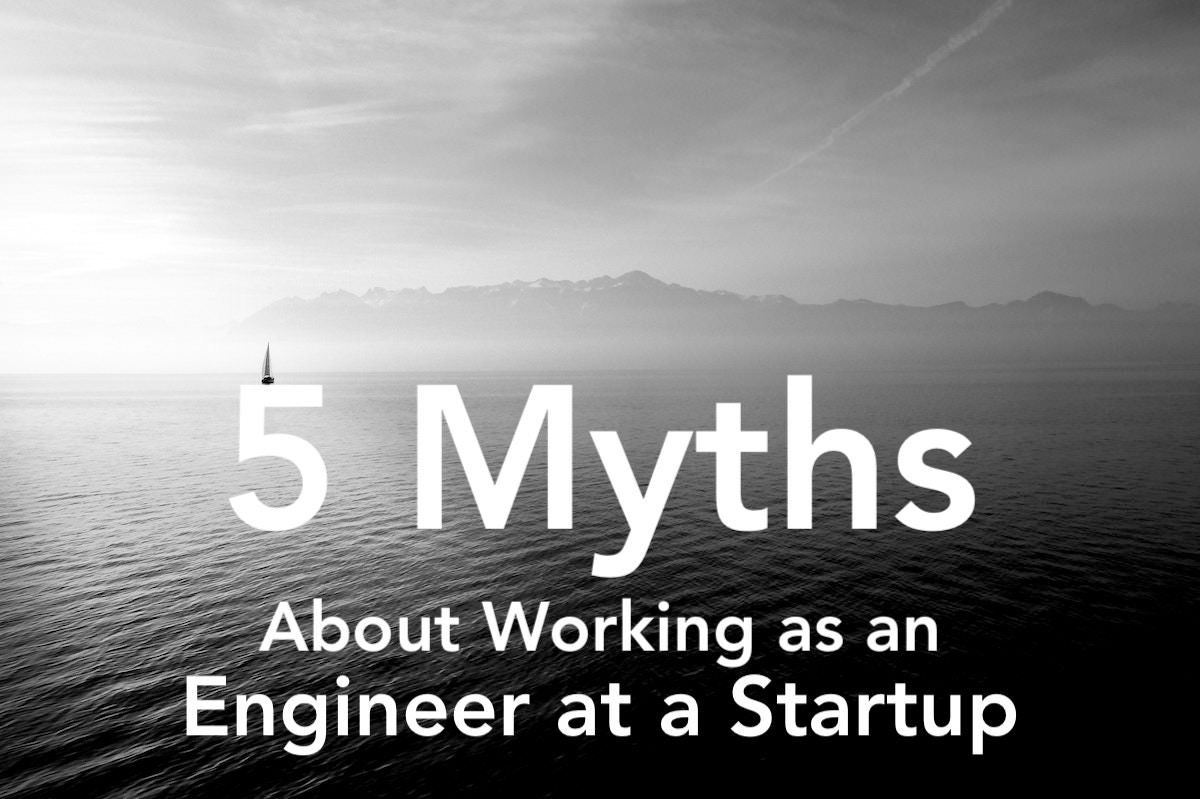 I banged this out in a couple of hours after I started my second job with a funded startup in Chicago. I was just starting to realize that equity wasn’t all it was made out to be, but was still finding a way to tell myself that I liked my job. Because the post proved to be so popular, I updated it in 2018 with a video and some better images. Before that, it was just a wall of text.

What I learned: Know your audience. Hacker News appeals strongly to software engineers at early-stage startups, many of whom have reached similar conclusions as I have about illiquid startup equity. 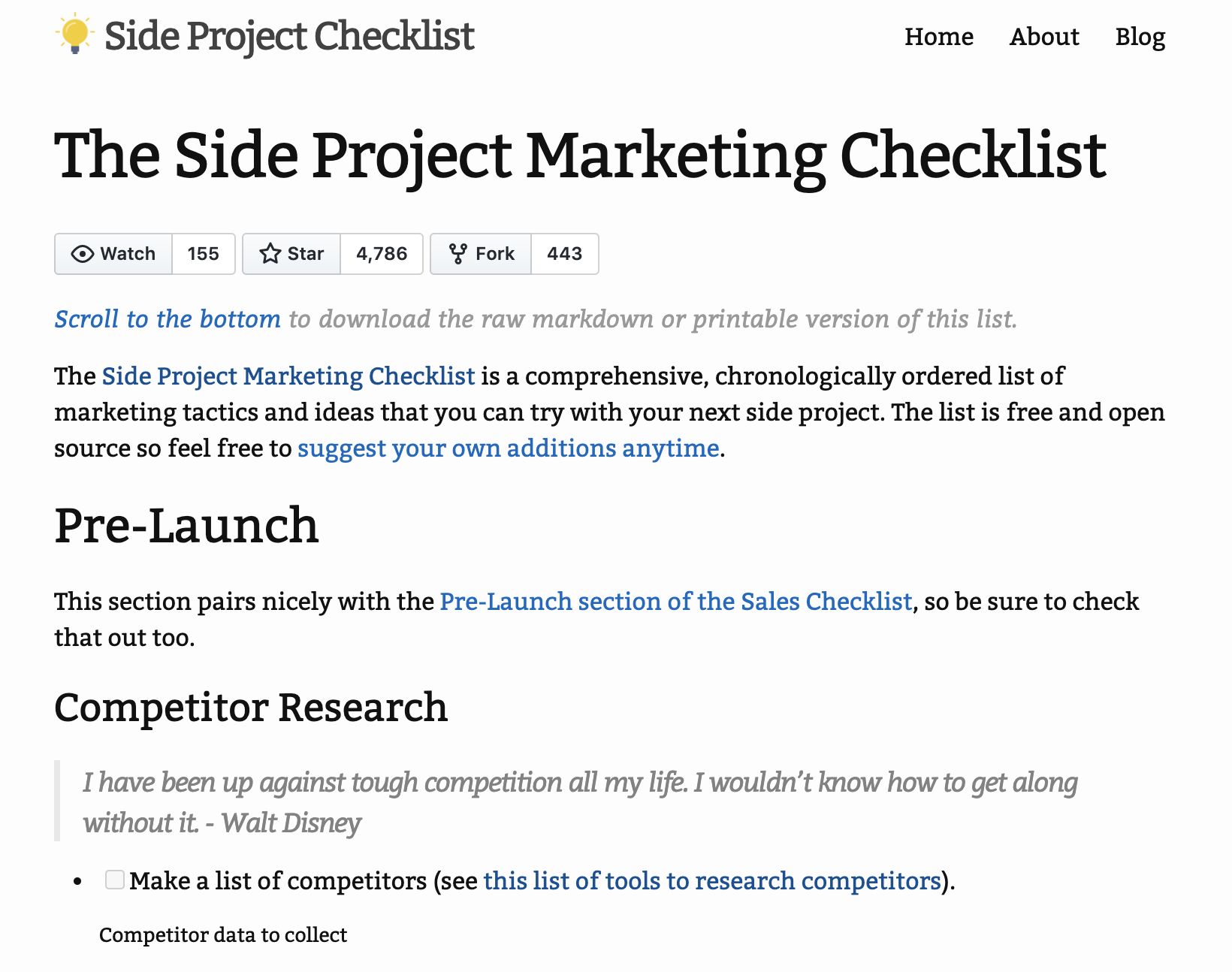 After years of launching side projects that nobody ever saw, I finally started to learn about marketing. This checklist came out of that process and made the rounds on Hacker News twice. I tried making a whole site around this concept but lost interest after a few months.

What I learned: People love scannable, clickable, shareable lists. That's why we've seen so many of those "Awesome" lists in the past few years. Hacker News also appeals to dreamers - programmers who imagine themselves the next Mark Z. - building little side projects that never see the light of day.

3. The Bulk of Software Engineering is Just Plumbing (2018) 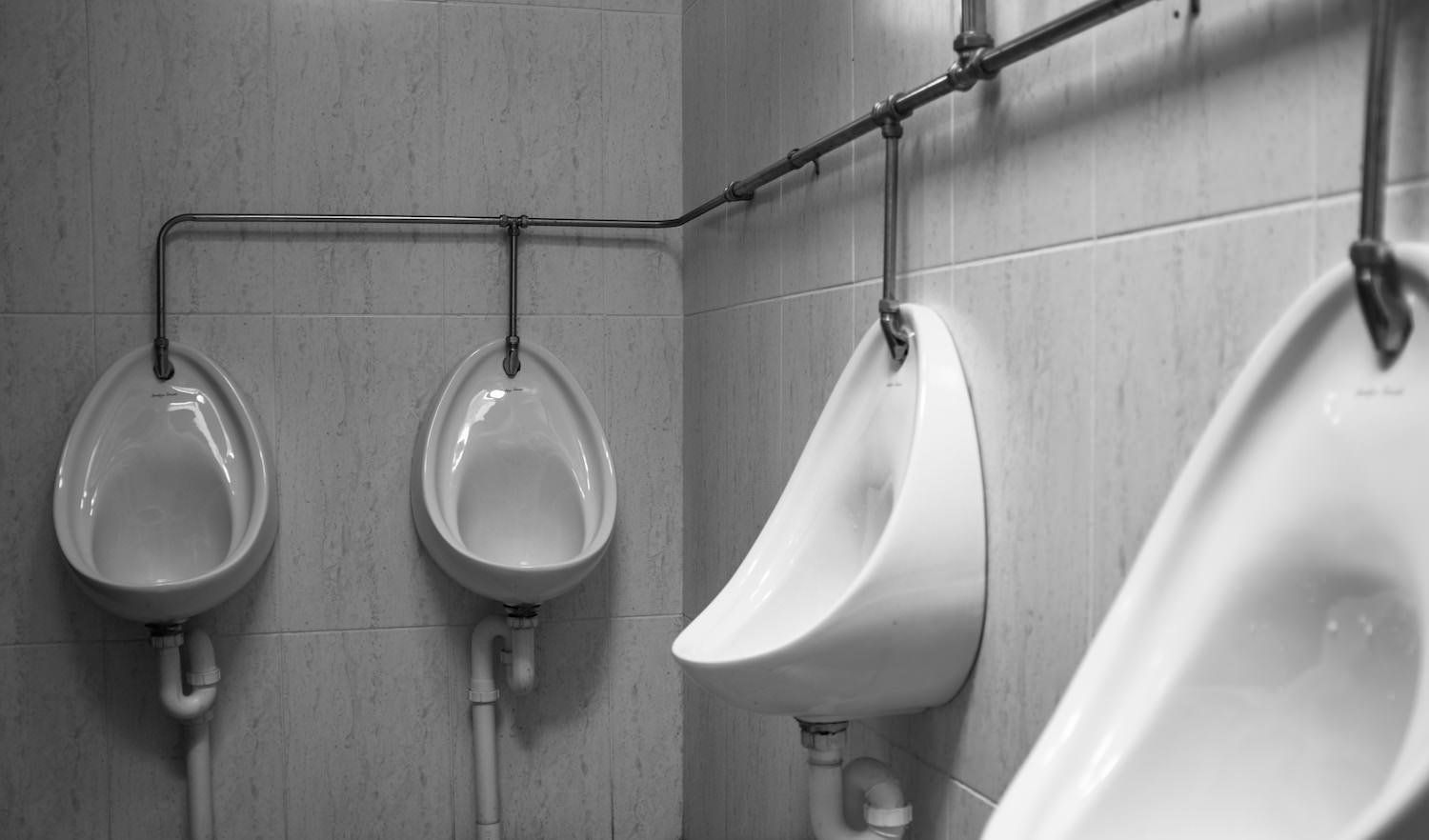 This idea had been rattling around in my head and in various things I'd written on the internet for years, but for some reason, this incarnation was the one that trended on Hacker News. Writing many pieces of content about the same idea is a really good way to clarify and hone your thoughts. Eventually, you'll find a format that resonates with your audience.

What I learned: Quality writing is a product of saying the same thing many, many times in different formats, platforms, and places. A lot of writers are paralyzed thinking that if they say the wrong thing in their blog post nobody will ever listen to them again. Totally wrong.

4. The Comprehensive Guide to Speaking at Technology Conferences (2020) 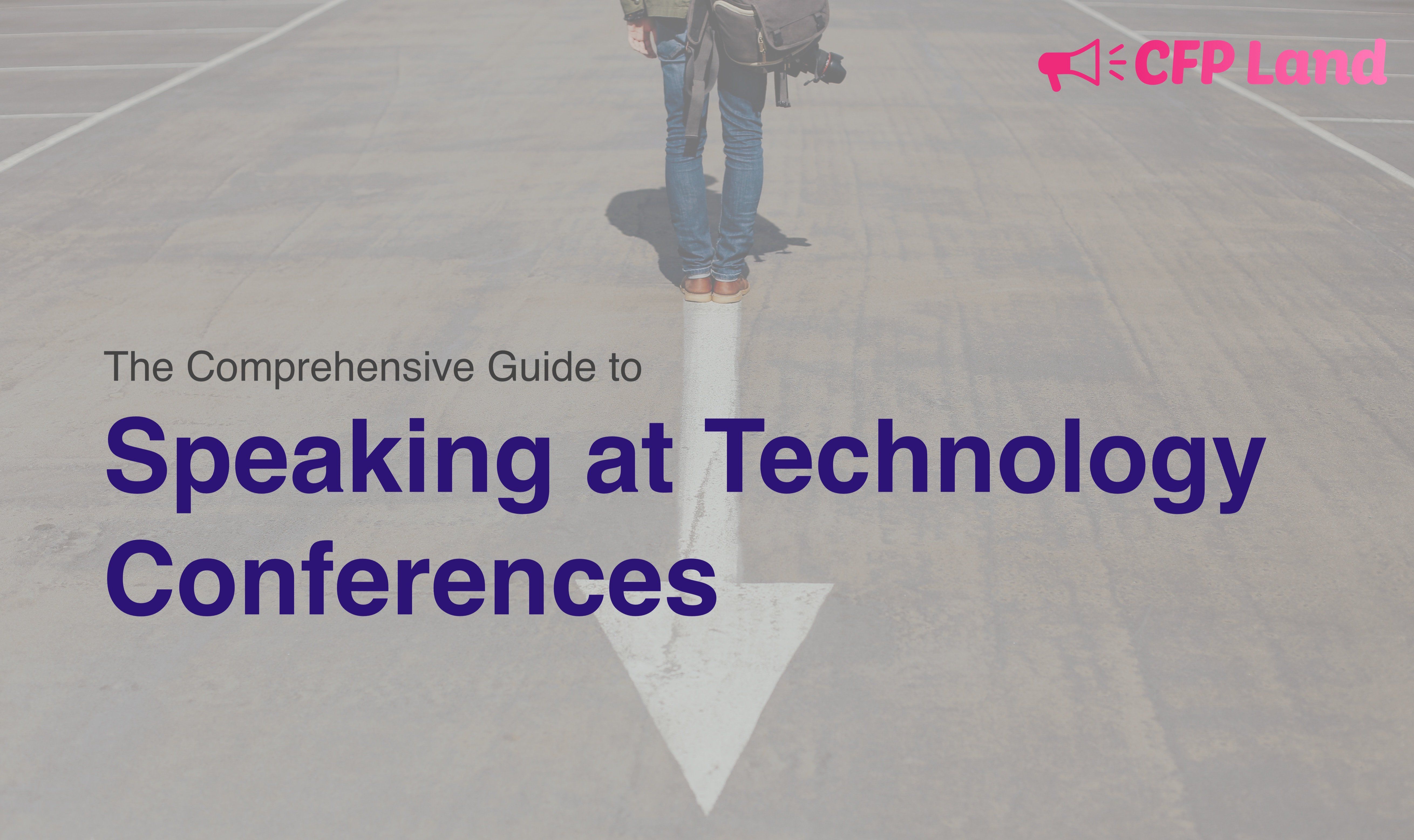 In 2018, I got into speaking at conferences, and in 2019 I interviewed about 40 conference speakers for my site, CFP Land. Before Covid hit, I thought I might turn CFP Land into a full-time business, but this 17,000-word came out in January - just before the world changed. It came out on New Years Day, so I think it struck a cord with resolutioners who wanted to conquer their fear of public speaking.

What I learned: The HN readers expect you to give them free stuff and will downvote you to oblivion if you email-wall them. Give away a ton of value and you might be rewarded by readers, free subscribers, and backlinks to your stuff. Giving away this huge resource for free was the only way it would make an impact on Hacker News.

5. 23 Alternative Career Paths that Software Developers Can Grow Into (2020) 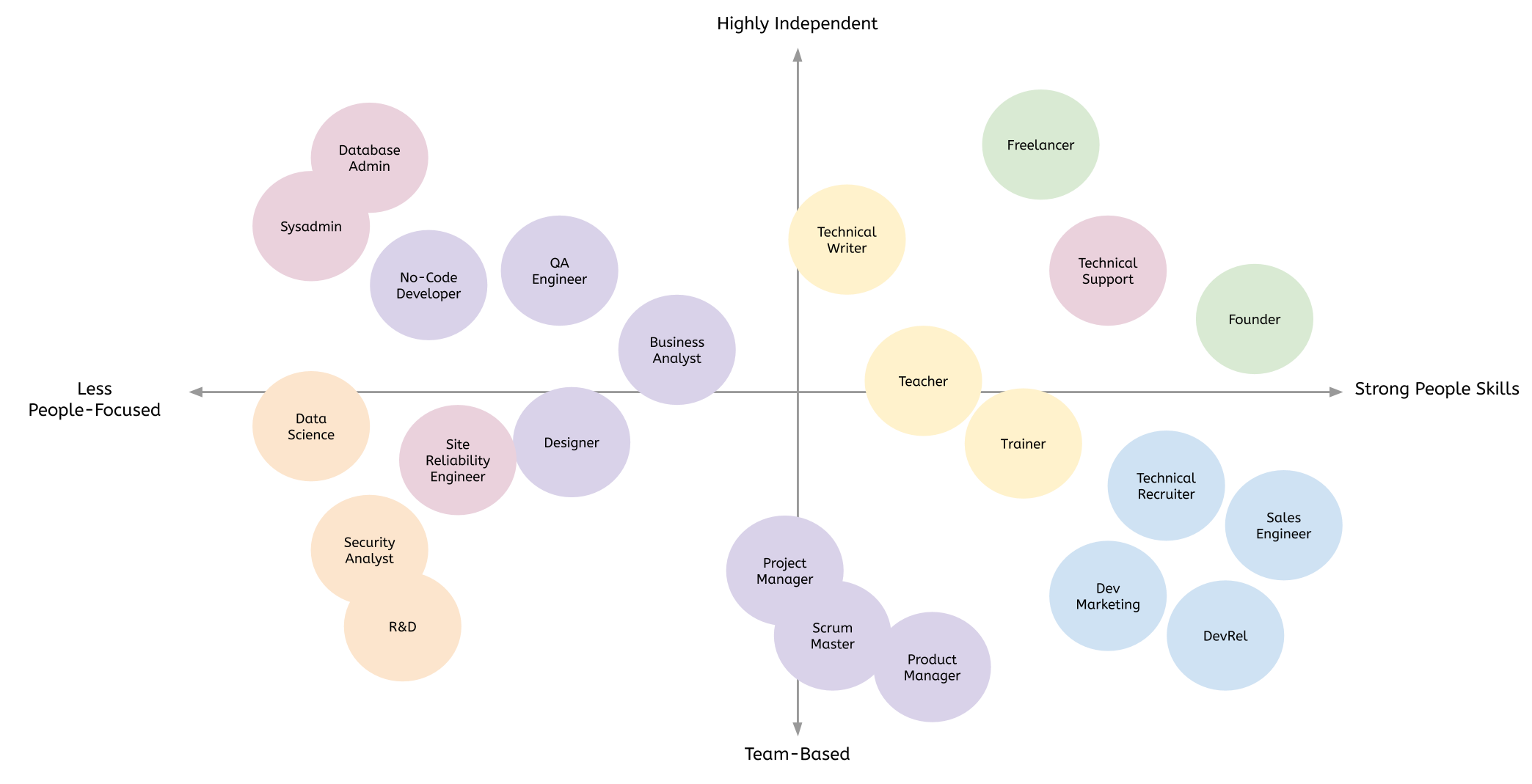 I spent about 8 hours writing this 3400-word piece with the FreeCodeCamp audience in mind. It was my first submission, so I really wanted to hit it out of the park and I had a feeling it might do well in some of the beginner programming subreddits. After I wrote the piece, I added a little graphic illustrating how these different professions compared. The piece ended up hitting the front page of Hacker News and making the rounds on Twitter as well.

What I learned: Imagery helps. That little graphic got a ton of comments (and spawned some angry replies). I just wanted the piece to have a visual element and didn't think that would end up being the focal point for so many people.

The last element of writing that so many people get wrong is promoting your work. If you are going to write on the internet, you have to get over the fear of sharing what you've written, and then you have to learn to share it the right way.

You have to share things differently on every platform, so spend some time watching before you dive in.

Don’t Let the Comments Get to You

Finally, if you have confidence issues or mental health struggles, stay out of the comments section on Hacker News and Reddit.

People find the most arbitrary nitpicks and often the top comment is the worst. I always feel the need to go in there and justify myself, but I usually pull out after one or two replies because you can’t change peoples’ minds on the internet.

I hope this gives you something to think about. Writing is a lot of work, and usually, nobody will read your blog. You’ve got to love writing for its own sake if you want to get better, but you also can't be afraid to promote yourself. It's just part of the game.

Related Stories
Subject Matter
Enter The Decentralized Internet Writing Contest by @HackerNoon+FreeTON
#promoted
5 Types of Developers in High Demand in 2021 by @luckyhunter
#tech-recruiting
How DEXs Fuel the Development of the Decentralized Internet by @anton-dzyatkovskii
#decentralization
Dogecoin: Everything You Wanted To Know About This Memecoin Making A Mockery of 'Serious' Crypto by @@nawazmohammed
#cryptocurrency
How to Create Rock Paper Scissors Spock Lizard in JavaScript by @matviihodovaniuk
#javascript-tutorial
How Writing Can Help Developers Succeed by @yassirhartani
#learning