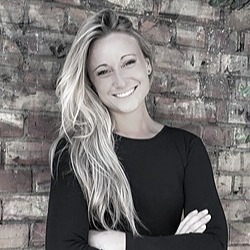 Nearly two thirds of the global population are city-dwellers. Urbanization, whilst generally associated with increased standards of living, better job opportunities, and access to critical services like healthcare, is intertwined with rapid industrialization, which puts tremendous pressure on environmental resources.
This continued and unfettered congregation towards concentrated development has had severe consequences on the ecological systems; indeed, cities consume more than 70% of the world’s energy, despite occupying only 3% of the landmass.

Traditional infrastructure can no longer sustainably accommodate the demands of rapid growth, meaning the transition to smart cities powered on renewable energy is imperative for future stability.

But fortunately, many progressive leaders are acknowledging the degradation associated with our compounding growth, and are beginning to implement alternative urban planning blueprints. By integrating principles of design thinking, organic materials, and connected devices, engineers and city planners are devising creative mechanisms to circumvent further damage.
These “smart cities” as they’re colloquially termed, depend on integrating advanced technologies, the internet of things (IoT), and the application of GIS software to contextualize and make practical use of massive amounts of big data.
This post will dig deeper into some of the progressive initiatives of cities, futuristic design thinking, and best practices in the works now around the world.

As far as best in class in, well, everything goes, Japan has pretty much always been near the top. Perfectionists in every pursuit, the government has begun to emphasize renewable energy adoption, shifting gears to becoming a carbon neutral nation.

Following the Fukushima Daiichi nuclear disaster, Japan has committed to a zero-carbon footprint plan for all new public buildings, by as early as 2020.

They’ve also recently implemented a new type of wind turbine structure — called the wind lens — which amplifies the power generation by a factor of three. This structure is especially useful for the topology of Japan, which is generally short on space but with a relatively large offshore maritime boundary.
Japan has also passed a new law for the purchasing of home-generated electricity for the grid, and a pilot program between peer-to-peer energy trading blockchain startup Power Ledger with Japanese startup, Sharing Energy, demonstrating a new focus on a decentralized energy market.
They’re even infusing this carbon neutrality mentality into the upcoming Tokyo Olympic Games. Notoriously an extremely disruptive, dirty, and energy intensive event, the Olympics has never placed sustainability at the forefront of its priorities.
But in typical Japanese style, they’ve decided to take technology and service to the next level and have committed to powering the entire event exclusively through renewable sources. All Olympic facilities — from the stadiums to the athletes’ village will be powered by renewables.

They’re currently even building solar roads — solar panels embedded directly in roads — to generate some of the power used by the 2020 Games.

Driver-less taxis and robot translators are being introduced, and they’re even making medals from precious metals collected from used mobile phones

It’s unbelievably complicated — not to mention, costly — to retrofit an industrial space to “green” it, and while it is critical that we focus on these initiatives, the real cities of the future are the ones that have been conceived from scratch.
Songdo International Business District — a $35 billion smart city built just off the coast of Seoul in South Korea, is setting new benchmarks for urban development. Equipped with data sensors that are continually collecting and analyzing information on sustainability metrics, like the city’s flow of water, energy, and traffic, it is setting a new precedent for the future of sustainable infrastructure.

The city has partnered with tech companies and government organizations to develop sophisticated resilience and disaster management plans, and was the first to receive LEED precertification — an accolade for environmentally-friendly performance in energy, transportation, trash and water.

Some of the key features of Songdo’s urban resilience strategy: a central pneumatic waste disposal system eliminates the need for garbage pick-up and sorting. Low U value windows are used in buildings as well as LED lights, a water-cooled air conditioning system, and solar energy, which reduces energy consumption in each building by 30%.
The city automatically separates drinking water and greywater, with the latter being recycled for irrigation, industry, public toilets, and street cleaning. And there are 25 km of bike paths, extensive walking paths, and 40% green space, and the ubiquitous EV charging stations placed throughout the cityscape encourage clean transport.

The project was designed to foster a truly self-sustainable city, with a car-free city-scape, driverless electric cars, and a return to the horse-drawn carriage era. How quaint!

Planned to be home to around 50,000 people and 1,500 businesses, it specializes in nearly every environmentally friendly practice known to man. Every home is powered by its individual rooftop solar panels, and is designed to conserve 35% less water and 72% power than the average house.

Food is harvested through vertical farming installations built inside old shipping containers using hydroponic methods on a fully automated basis, with no need for human intervention. Their water system extracts 15 gallons of drinking water per day from the air, using a solar-powered system that requires little maintenance, with all water being recycled. The project is on track to be completed by 2020, so stay tuned for more on this one.

As a continent, Africa has been slower to jump on the clean energy bandwagon, hampered by limited electrification infrastructure and lack of investment. However, this is all changing. In the first six months of 2017, $236m was invested in renewable energy projects throughout Africa, with particular focus on harnessing the regions plentiful sunshine for solar power projects.

Especially useful in rural low-income areas, off-grid solar is often the fastest and most cost-effective way to bring electrification to these areas, as it does not require extensive infrastructure investment and can be installed relatively quickly.

Morocco’s 42% renewable energy target by 2020 makes it one of the most ambitious nations in the world, but thanks to their bold development of the Noor Ouarzazate complex, they’re well on track. Undeniably the regional leader in clean energy, they’re planning to supply the entire Arab world and African region with renewable power.

Upon completion, the Noor Quarzazate will be the world’s largest concentrated solar farm — the size of 3,500 football fields! Producing enough electricity to power a city the size of Prague, or twice that of Marrakesh, at over 1 million homes, it’s a game-changer for the solar universe.

Harnessing the nearly 365 days of sunlight in the Sahara, the complex is cumulatively about 580 megawatts, averting more than 760,000 tonnes of carbon emissions from the atmosphere. The innovative panel and storage design uses curved mirrors to concentrate radiation into heat tubes of fluid that are sent directly to a power unit, where the energy will be stored for use at a later time, providing a solution to the familiar intermittency challenges posed by solar energy.

Repurposing urban (or abandoned) spaces has become a staple of counterculture for decades. But now this concept is beginning to go mainstream, and even the most unpredictable of spaces is seeing a redesign.
Chernobyl — the verboten site of the nuclear explosion from the ’80s that transformed most of northern Ukraine into a radioactive wasteland — is experiencing a redesign in the form of a high-capacity solar farm.

Since the surrounding 1,000 square miles can’t be safely occupied by humans for another 24,000 years, and there is already high-voltage electrical grid infrastructure in place, this retrofit is an optimal use of non-arable land.

Generating about 100 megawatts of power, the clean energy powerhouse is capable of generating almost a third of the electricity of its nuclear predecessor, enough to power more than 2,000 households. Built only 100 meters from the dome that houses the former nuclear power plant’s reactor, the plant opened late 2018, and the government has plans to increase the scale 200-fold. Talk about a cool use of useless space!

A decade ago, Silicon Valley heavyweight, Peter Thiel, co-founded the Seasteading Institute, with the intentions of creating the world’s first floating city. Originally intended as a libertarian utopia circumventing the political strongholds of dysfunctional society, the concept has transitioned into a realistic solution to combating climate change-induced rising sea levels that threaten coastal cities.

In May 2018, the institute initiated a pilot project in tandem with the government of French Polynesia, aiming to build a 300-house island. While now on hold, the city was planned to run under independent governance, financed through an initial coin offering of its own cryptocurrency, Varyon, by 2022. The island concept featured renewable technologies like solar panels and wind turbines, and will grow much of its food through self-curated aquaculture.

While this project has come up against significant civil backlash, the concept of Seasteading is one that will likely be adopted in the near future. Properly harnessed, the Institute claims, ocean aquaculture has the potential to meet humanity’s growing demands for food and energy, and accelerate the arrival of cities and new societies on the ocean frontier.

With the intention of serving as an innovation hub to develop new wave energy technologies, floating solar, sea water air conditioning, materials science, algae-based food and fuel, desalination and marine education, there may be a future for these floating cities yet.