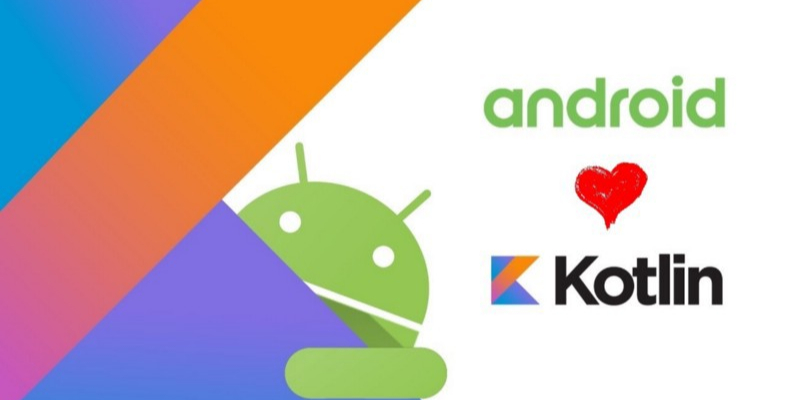 If you clicked on the article, you might have a fair idea about where I’m
headed. At the annual I/O developer conference, Google declared its love
for Kotlin android to the applause of the Android app development community.

But where does this leave Java? How does it change mobile app development? And what made Google prioritize Kotlin over Java in the first place?

Why Google wanted something better than Java?

First off all, Google doesn’t intend to get rid of the entire Java ecosystem,
although it sure wishes it could. But it always has looked for better
alternatives to the Java programming language for android app development.

It may have started back in 2010 when Oracle, the new owner of Sun Microsystems filed a lawsuit against Google for copying the Java API for
building the Android OS. The 9-year-old legal battle has seen various
twists and turns. The best defense Google has had in the case was that
API’s were non-copyrighted. But Oracle insisted that they were and that
Google didn’t license the Java API before using it.

This does not mean that we’ll lose Android if Oracle wins the case. Because
Google averted such a possible scenario by building all versions
starting from the Android 7.0 (Nougat) with the open-sourced version of the JDK (Java Development Kit).

But yet, Google has always wanted to get away from the ecosystem. Java is a near-universal programming language. But whether android developers dread it, run from it, the need for Java still arises in one form or the
other. That is why they had to find something that does not replace java
but becomes an alternative to it. A language that is more fun to use
than java and a language that is inter operable with it. Thus came
Kotlin android!

Why Google chose Kotlin as a primary language for android app development?

Since then, there has been no turning back for Kotlin. What made the dish
even better was the fact that Kotlin got all the support it required
from the IDE. This was owing to the fact that JetBrains, the company
behind Kotlin also build the core of Android Studio, i.e., IntelliJ.

The collaboration and support for kotlin android from both Google and JetBrains ensured that Android developers could easily migrate from Java to Kotlin(kotlin vs java) without any hiccups. Soon, Android developers began to realize the benefits of Kotlin over Java for Android app development, some of which were:

These key benefits and more of them eventually led 50% Professional android developers to switch to kotlin android and embrace the change. Kotlin is one of the most-loved languages today, as per the results of Stack Overflow’s annual developer surveys in 2018 and 2019: two years in a row!

Kotlin was the 2nd most loved Programming language in 2018 as per the Stack Overflow Annual developer Survey. Source: StackOverflow

Kotlin moved down to 2 places as the 4th most loved Programming language of 2019 as per Stack Overflow’s annual Developer survey. Source: StackOverflow

The icing on this cake came at the Google I/O 2019 in May when Google itself announced that Android development will go Kotlin-first, and encouraged developers to leverage the Kotlin language for mobile app development.

The road ahead for Android app development with Kotlin

Google does not intend to replace Java by introducing Kotlin android and promoting its use in android app development. But it simply needs something to run along with the former.

Kotlin itself runs on the Java Virtual Machine (JVM), which is why for the
end-user, the new programming language wouldn’t make much of a
difference. Therefore it isn’t even fair to compare Kotlin with Java as
it has happened lately. Kotlin vs Java. You can have your Kotlin android code converted into Java, and you will have your kotlin code running on the JVM anyway.

But is this growth eternal, or will Kotlin eventually get overtaken by a
different upcoming language? The chances for such a scenario seem to be
dim for now. But Oracle knows the significance of Java in android app
development and beyond. So it’s not that hard for them to ship Java with
a few upgrades in its next version to take on Kotlin.

To summarize everything, Kotlin became google’s recommended choice for
mobile app development because Google wanted it to be! Kotlin was
designed to be better than Java. It was meant to be a ladder which
android app development companies can climb and migrate away from Java to something supposedly better.

Disclosure: I work at Value Coders, a company that creates awesome mobility solutions.