Arturas Morozovas is a renowned photojournalist and the co-founder of independent and innovative contemporary media agency Nanook.

He has worked on many meaningful and significant projects: he has documented political crises, spent time in war zones, and covered the migration wave. Still, his proudest achievement is Nanook, which he cofounded with multimedia journalist Berta Tilmantaite.

In this interview, we asked Arturas what does it mean to be a media innovator and cover difficult stories from a less known region?

We work on stories that are interesting to us and tell them in creative ways using several types of media (text, photography, video, iliustrations, etc.). We’ve recently started to produce NYLA podcast which fueled a lot of discussions as it covers both inspiring and somewhat uncomfortable, but always impactful and driving a change stories.

We also believe in the power of education. Nanook offers young profesionals an opportunity to intern with us and learn how documentary projects are created and, f.e., how important journalist ethics is. Several young journalist have graduated from this program. We are very proud of this internship program!

How did you come up with the idea for Nanook?

I remember when I first started working with one international agency, they sent me a huge code of ethics attached to the agreement. I was surprised by that. After all, at the time, I was already working with the national media for 3 years, and no one was talking about ethics!

Time went on. I traveled a lot, worked on various international stories, and worked with some of the best journalists and photographers in the world. All that experience made me understand the importance of ethics in journalism and develop certain professional standards. I simply couldn’t go back to the way I was doing things before.

But at the same time, I was attached to Lithuanian media and experienced sad difference when working for local press.

One day at the very end of 2014 I met Berta Tilmantaite. She is an experienced journalist who has been published in National Geographic among other media and has travelled all over the world. She had the same understanding about journalistic ethics and was experiencing the same issues. We were speaking each other’s language!

So in the beginning of 2015, we decided to create our own team of journalists who would work according to the professional standards that Berta and I were used to.

Berta invited some of her journalism students to come work as interns and gain some experience, we started working on our first project, “Monotone Days”, and Nanook was born!

I think what makes us unique is that we have a team of different professionals, from journalists and photojournalists to videographers and illustrators to coders and graphic designers, which allows us to move fast and tell stories in unusual ways. For instance, “Monotone Days” story is told via video combined with animation and sound, pictures and text supported the story. As far as I know, there are only a few teams like that in the entire world, and we are the only ones in North-East Europe.

Also we cover Northern and Eastern Europe. At first, we were kind of hesitant, thinking that maybe stories from this region wouldn’t be that interesting to people outside of it. However, after “Monotone Days”, a story about the women in Panevezys Correctional Facility, was bought by al-Jazeera, we realized that there is significant interest in this kind of stories.

And we feel that we are in a special position when it comes to covering stories from this region. We all grew up in Northeastern Europe and we share the cultural context with the people we talk to. This allows us to discover angles that a Western journalist would never come up with.

Which Nanook stories had the greatest impact?

There are certain roles that women are expected to fulfill — the obedient daughter, the infallible wife, the responsible mother. And what can be further away from these expectations than a woman committing a crime? Female convicts are ostracized at every turn and their future is often very bleak. With “Monotone Days” we wanted to show people that these women aren’t just criminals — they are just like you and me. And we think we succeeded!

There was a decade-long feud between Panevezys correctional facility and the local community. There was a need for a separate building for women with children, but people didn’t want these women living next to them. The correctional facility couldn’t get the permission to build. This meant that children continued living in deprivation, not being able to experience even the simplest things, such as seeing a cat or a dog, or a passing car.

After our story came out, the locals learned more about the predicament these women were in and developed more empathy towards them, and things started moving. Now women with children live in a separate building where they can raise their kids in better conditions, thus giving the children a happier childhood.

And then there was our story about Paralympians “Will to Win”.

Although Paralympians are more restricted in their movements compared to healthy athletes, their most important battle is not on the track or in a swimming pool, but in their everyday lives — they are fighting the stereotype that a person with a disability is not able to fully live their life.

All of our subjects were regular people with regular jobs who trained on the side as a hobby. Even some of the coaches were volunteering to train them for free! Of course, it wasn’t by choice, it was due to lack of funding. Moreover, national prizes for Olympians are 7 times bigger than those for Paralympians. There’s a lot of inequality in the sports world.

When our story came out, readers started bombarding the National Olympic Committee with letters and calls, asking why did the Paralympians receive so little attention and money. This response led to some changes in laws and funding. The Prime Minister of Lithuania promised to make national prizes for Paralympians two times bigger than they are today. Meanwhile, the President of Lithuania herself suggested making them equal to the prizes that Olympians get!

Nanook doesn’t have an office. Why did you decide to work as a remote team?

Well, our main rule here at Nanook is that we only work on projects that are interesting to us, and that means that the ability to travel is extremely important. We wanted to be able to work from anywhere in the world.

Also, people doing work that requires focus and creativity need the freedom to choose their own working hours. Some of us are early birds, some of us are night owls. We had to accommodate the muses!

So, in short, being tied down to one location and 9–5 working hours simply didn’t make any sense for us!

What are the main challenges of working as a remote team?

First, you need to learn how to work from home (or from wherever you are at the time), and that is easier said than done. You need to have self-discipline, you need to manage your time well, and you also need to get enough rest. It took us quite a while to learn all this.

Second, you need to figure out a way to efficiently communicate with each other. At first we didn’t even think about it, we would just do what was convenient at that moment, whether it was sending an email, using Facebook messenger, or simply calling that person. But that resulted in information being scattered over a bunch of different channels which made it really hard to keep up with everything. All of us had missed something important at one point or another.

Everything changed when we started using Tipi. It only took us a few minutes to set it up — we created public and private rooms, invited team members, and moved all our discussions and files there. Suddenly everything was in one place, and we became much more efficient in our communication.

This really had a huge impact on our productivity. For example, before switching to Tipi, I was spending tons of time looking for conversations, files, etc. Now I can find anything I want immediately! I have found that on average Tipi saves me almost 4 hours a week. When you account for a small team of 10, it adds up to around 40 hours of saved time each week, which is crazy!

And it’s just much more pleasant to work this way. You are not constantly stressed out. You can reply to the messages when you have time. This gives you the peace of mind to really focus on your work.

Switching to Tipi was definitely a game-changer for us!

What advice would you offer to other companies that have remote teams?

You don’t need an office, but you need discipline, because without it you won’t get anywhere.

Also, make sure that all your communication is happening in one place, otherwise you will go crazy trying to keep up with it all! 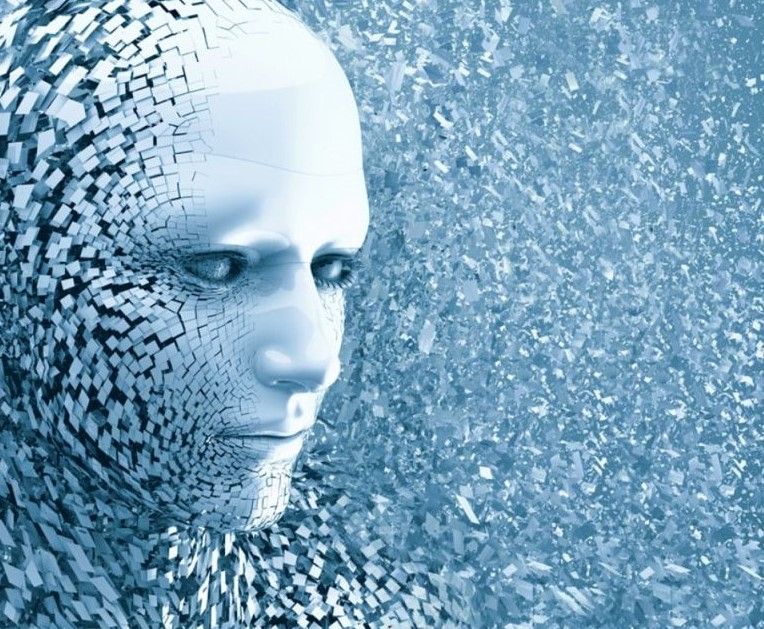 Invert, Always Invert: Why a Problem Reversed is a Problem Solved 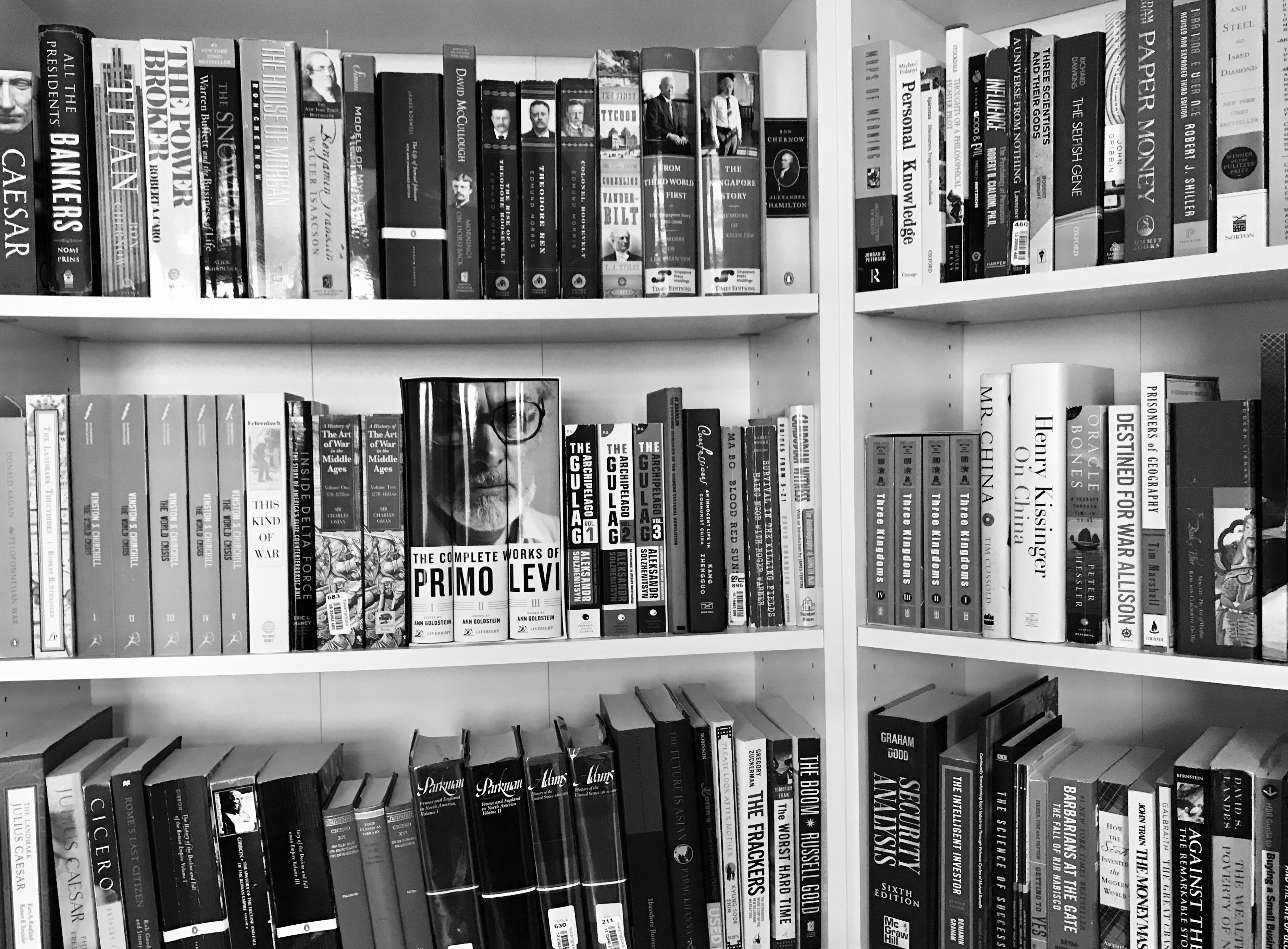