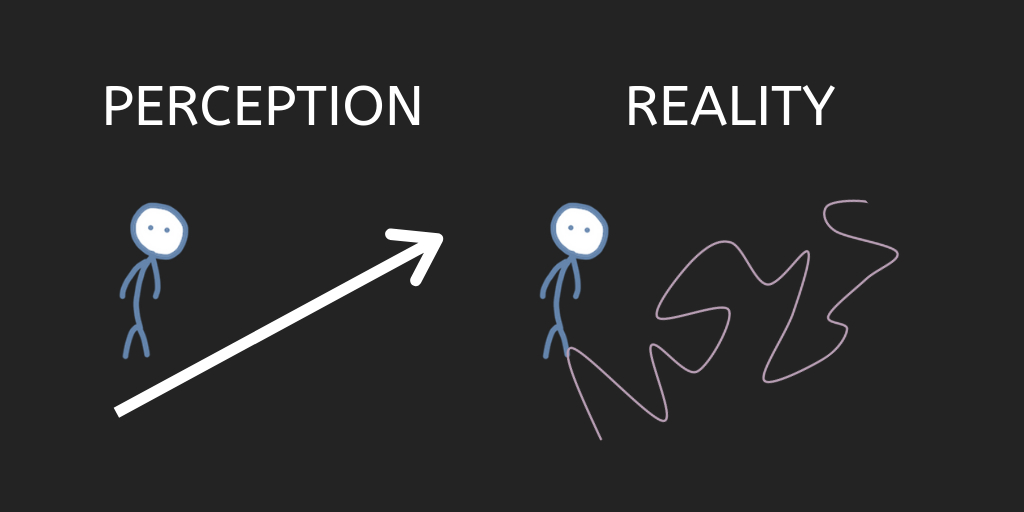 Solo creator, freelancer, podcast host & writer. Exploring the human side of the future of work.

The idea of a good career path or a career trajectory is deeply embedded in our beliefs about how work should be. While it would be amazing if this was a reality that people could count on, I believe that it is a product of a unique moment in history.

I heard something along these lines hundreds of times while I was working at a top executive search firm.  We judge people by their resumes. No gaps in their resume… check. Steady string of promotions… check.

For the types of positions we were hiring for, maybe it was relevant. Big companies need people that are dedicated to their job and won’t just decide one day that there are better things to do with their life. You know, like I did.

Clinging to this ideal of a steady career trajectory keeps most people in the business world in a state of low-grade anxiety about their “employability” and continued ability to stay relevant.

It's time we retire this idea as well as the broken way we assess talent and move towards better ways of thinking about organizations and our own development.

Estimates during the 1950’s and 1960s estimate that average growth rates in the US were 4-5% annually. If you don’t know what that means, its a HUGE deal.

Let’s look at the difference of compounding over 20 years comparing 5% to 2% (which is close to our current state): 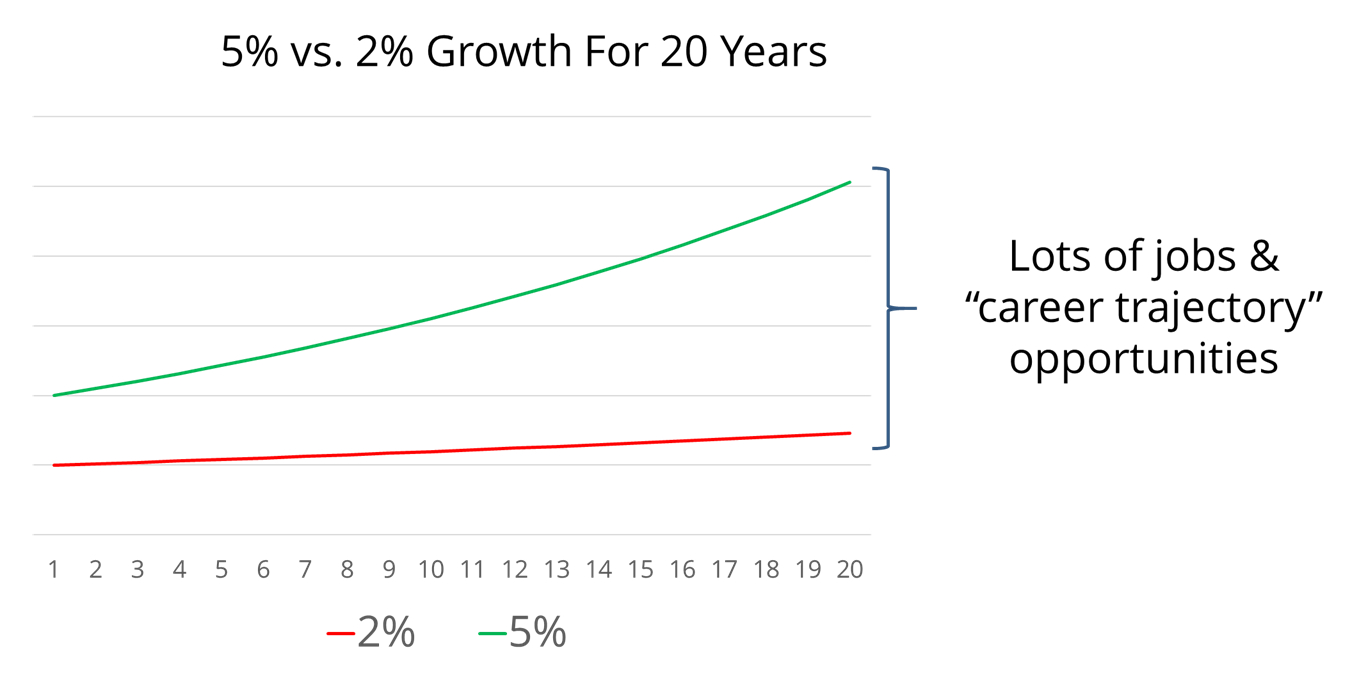 This period of 20+ years after World War II is now called “The Long Boom” or the “Golden Age of Capitalism.” It combined constant labor participation rate with massive boom in economic growth.

It was in this period that the “steady career path” idea as an ideal was born.

We have yet to move on from these broken assumptions

We still operate with the assumptions that were cemented during this time.  This includes big corporations, law firms, consulting firms and executive search firms.

To hide the fact that promotions are no longer guaranteed, companies have developed “alternative” paths.  Academia now has adjunct professors, consulting firms have “experts” instead of partners and law firms have “non-equity partners.”

Even within the traditional path, there are now many more steps than there were in this period. Having worked in the consulting industry and studied the history of these types of firms, here is the difference in the paths:

For people still wanting the promised path? One lawyer described the process of becoming partner as “no harder than living inside a tankful of hungry sharks.”  Sign me up!

Professor Joy Schneer describes these stages and reminds us that this path was one mostly meant for men:

proposing a process of career development (for men) that brought together development, ages, and stages. He viewed people as moving through five career stages: growth – preparation for work (ages 0–14), exploration – trying out different work options (ages 15–24), establishment – choosing and progressing in a career (ages 25–44), maintenance – continuing your chosen career (ages 45–64), and ultimately decline – retirement (ages 65+). This concept of career stages captured the career paths that most men were experiencing in the 1950s and 1960s.

This framework, especially the “maintenance” stage would seem a bit weird for anyone in that age range in the business world. Contrary to “maintaining,” many people are still developing new skills, navigating career shifts and trying to continue to stay up to date with younger employees.

Missing from Super’s framework is any focus on continued development of the individual in adulthood. The whole goal as his frameworks implies, is to find the right path before age 25 and then to succeed and then eventually start maintaining and “declining” towards the end of life.

We’ve added competencies, but they are still too focused on what the organization, not the individual needs

Anyone who has spent time in an organization has likely participated in a performance review process.  While companies are getting smarter and embracing 1-on-1 coaching conversations on a weekly and monthly basis, many companies still operate on a six-month or one-year cycle.

These processes are often deeply tied to the business success and feedback is typically focused on how to be a better employee.

Survey after survey shows that managers and employees hate this process. No matter how good the process, there is always a certain percentage of acting that is inevitable.

In this review of leadership trends for the Center For Creative Leadership, author Nick Petrie surveyed Academics and other experts who spend all their time trying to make sense of how companies should be thinking about performance assessment.

When asked, “What do you think needs to be stopped or phased out from the way leadership development is currently done?” here is what some of these experts said:

Competencies – they become either overwhelming in number or incredibly generic. If you have nothing in place they are OK, but their use nearly always comes to a bad end.

Static individual competencies. We are better to  think about meta-competencies such as learning agility and self-awareness.

The competency is a measure of how the person fits into the organization.  While I think it would be reactionary to eliminate competencies, we need to build on them to get to a deeper, more nuanced assessment of a person’s ability to contribute, create and inspire and not just keep their boss comfortable.

The future of work is about how people can thrive and not just “fit in.”

Thinking about developing humans instead

A potential idea for building on the competency model comes from Robert Kegan, who developed a theory of adult development while studying at Harvard in the 1970s and 1980s (it seems worth mentioning here that someone like Kegan might not even try to get tenure in today’s Academic world with bounties of PhD and scarce tenured jobs available).

He saw adult development not as a series of competencies to be checked off a box, but as a series of stages, often framed as “vertical development.”  Most adults reach a state of “the socialized mind” sometime in adolescence or young adulthood. This is when people start to internalize the beliefs of the important people around them.  These are accepted beliefs about what is an appropriate way to behave as an adult and an understanding of the accepted models of status and success. 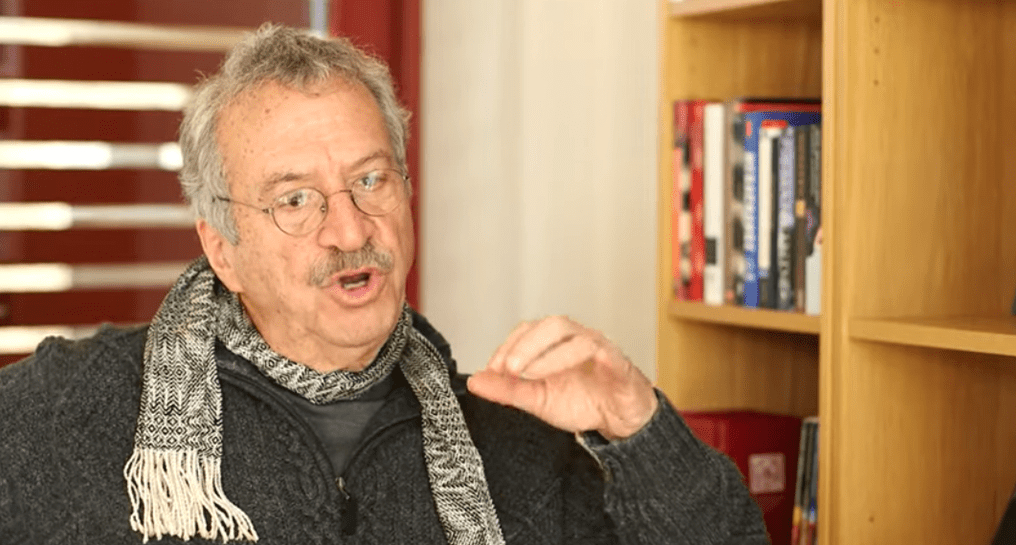 Kegan has found that most adults stay in this “socialized mind” stage, but that our modern world increasingly demands moving toward a “self-authoring” state.  He says,

in a modern, increasingly postmodern world where we have so many definitions of how one should live and who one should be… the socialized mind becomes inadequate

The self-authoring mind involves developing your own compass for navigating the world and being able to operate in different environments with different beliefs.  However, for companies who still operate in the indoctrinate and control paradigm, having their employees develop in this manner might seem revolutionary (cue “they aren’t a culture fit” thinking).

If we care about people and their ability to thrive in the modern world, we are going to need to abandon the idea that having a “steady career trajectory” is the best strategy for navigating life.  At best, it can provide people a fulfilling career that is aligned with their values. But for most people, it crowds out the drive to live the life they want.

The companies that will thrive in the future will be the ones that shift away from thinking that the goal of life is a steady path on a paper resume and instead are able to embrace the messiness of life and the fact that it might be best if their employees take more than a week away from work at least once in their adult lives.