How 3D Printing Is Transforming Medicine 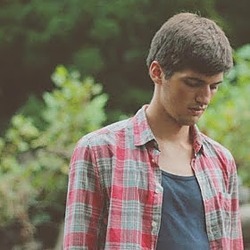 How 3D Printing Is Transforming Medicine
3D printing is a revolutionary technology that turns computerized schematics into intricately formed material objects, often with working parts. The technique can one day be used to create anatomical models of organs and tissues for instructional purposes, and increasingly is being used by companies like Organovo to build functional, implantable medical devices and prostheses. These devices can be customized to individual needs using data gathered from MRIs and CT scans.

While larger-scale application of this technology is not yet available, smaller devices such as dental splints are currently being created. The ability to print larger structures like organs is coming down the pike, but is currently limited mainly by biological constraints. The synthesis of tissue more than a few hundred microns in size requires blood vessels to feed the cells, which is beyond current capabilities.
There may be a way around this limitation: alginate hydrogels. This material, which can be molded by 3D printing, is decayable and bioactive. It can provide cells with a stable environment in which to develop, eventually taking on the structure of a full organ. Small molecules in the hydrogels can also support the growth of blood vessels and suppress immune responses.
Bioprinting of alginate hydrogels takes the form of a thin film called "biopaper." These sheets allow cells to develop against gravity in accordance with their biology. Different hydrogels are being developed that are suited to different kinds of organs. For the time being, the technology is capable of generating smaller-sized blood vessels, cardiac patches, soft tissue, skin tissue and micro-organs that can help supplement damaged organs.

As mentioned, accurate 3D printing relies on scanning technologies like MRI and CT to garner data for the custom body part or device. These must be of extremely high quality or the printed device will not function properly. They also must be very precise, generally .6 mm image slices, or else the printed part will come out rough and 'pixelated'.
Dual-energy CT scans are ideal for this purpose, as they have the ability to ignore bone and metal implants. All models should be created with only FDA-approved 3D printing software, and the printed objects should always be double-checked against the scans in 3 planes by a radiologist or physician for maximum accuracy. A company that shows a great example of this is Airwolf3d, who’s partnered with a cancer treatment company called Adaptiiv.

The files used to generate organs and implants are protected under intellectual property law. Currently, they are protected under copyright law, but at the devices become more and more functional, they will eventually be protected under patent law. Enforcing such patents will be difficult, however, as there will be no economical way for a creator to seek legal redress against anyone using 1 or 2 of his machines.
While hospitals will become capable of manufacturing devices with 3D printing, this could blur traditional hospital / vendor distinctions and make hospitals liable for problems with 3D devices. For that reason, hospitals will likely outsource production to vendors anyway. A physician modifying such a device for a patient's particular needs, on the other hand, would be considered fair use under FDA regulations.
The FDA's initial response to the new technology has been guarded. While noting the enormous potential the technology has for printing customized devices and even entire organs, the agency noted that the newness of the technology and certain of its features, such as layer-wise fabrication, make it relatively difficult for them to develop process validation and verification methods suited to the new tech.

Medical printing technology is already here. Hospitals are already forming relationships with vendors to contract the printing of devices for projects. A new industry is forming, one that will eventually reshape the way we shape our health.
But while the technology is already functional, its full promise has not yet been realized. Though not associated with them, I am very grateful to learn from Adaptiiv and Organovo’s example to push technology forward in ways thought unimaginable previously in the medical world. Thus far, only smaller-scale devices have been created. What will the medical industry look like when hearts and livers, hands and eyes can be designed by computer? A brave new world awaits!

Developing Apps On Apple Vs Android