Fixing DNS timeouts in Docker with a DNS cache [Tutorial] 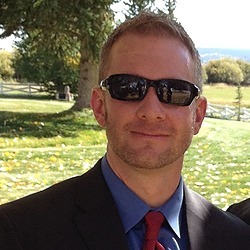 Having flaky tests in your CI is a nightmare. You can't tell whether your new code broke something or if it's just those tests being flaky again. So anytime we see strange, random failures in CI for our open source project, Adapt, we try to track down the culprit ASAP. This is the story of how we discovered we were (accidentally) flooding our DNS server with traffic and how we used a DNS cache in Docker to solve the problem.

One of the open source projects I work on, AdaptJS can deploy apps into multiple clouds and technologies, so there's a ton of system testing and end-to-end testing with Docker, Kubernetes, AWS, Google Cloud and other similar technologies.
We make heavy use of Docker in our tests, so we end up creating lots of short-lived containers that start up, do some work, like building or installing an app, and then get deleted. And as we added more and more of those tests, we started seeing previously stable system tests fail randomly in CI.

The first symptoms we saw were test timeouts. We have fairly short timeouts on many of our end-to-end tests so we can detect if new code suddenly makes things take longer for end users. But now, a test that should normally take a half second would sometimes take 5.5 seconds.
The additional 5 seconds was a great clue--5 seconds sounded like it could be a timeout of some kind. Armed with that hunch, we looked back through all the seemingly random test failures and found the common thread: they were all tests that initiated network requests. We also noticed a few tests that had taken even longer to fail...always in increments of 5 seconds.
There weren't too many network protocols that could be involved here, so some quick Googling pointed us in the right direction. The default timeout for DNS server queries on Linux just happens to be 5 seconds.
To see what was going on with DNS, we reached for probably the single most important tool for debugging network issues on Linux: tcpdump. (Or, if you prefer a GUI version, wireshark is great too.) We ran tcpdump on the host system (an Amazon Workspaces Linux instance) and used a filter to see the DNS traffic:
The first thing that we noticed was that we were generating a huge flood of DNS queries to the AWS default DNS server for our VPC. It looked like all those short-lived containers tended to do a bunch of DNS lookups when starting up, for various reasons. Next, we noticed that some of those DNS queries just went unanswered.
It's pretty common for shared DNS servers to implement rate limits so that a single user can't degrade performance for everyone else. Here, we suspected that the AWS DNS servers were doing exactly that. We weren’t able to find a way to confirm whether we were actually hitting AWS rate limits, but it seemed wise for us not to DoS our DNS server.

In order to isolate DNS traffic within the host, we needed a local DNS server to act as a cache. A great choice for a cache like this is dnsmasq. It’s reliable, widely used, and super simple to set up. And since all of our testing runs inside Docker containers, it made sense to run the DNS server in Docker too.
The basic idea is pretty simple: run a dnsmasq container as the DNS cache on the Docker host network and then run our test containers with the  option pointing to the cache container’s IP address.
Here’s the  script that starts the DNS cache container:
In addition to starting the container (if it’s not already running), the script outputs the cache container’s IP address. We’ll use that on the command line of any other containers we start. The script also ensures that dnsmasq only listens for DNS requests within Docker (on the Docker bridge interface), so there’s a little additional work to determine the IP address to listen on.
Here’s an example of how to start the DNS cache, remembering the IP address in variable  and then running another container that will use the cache.

After we started using the cache in our testing, the number of DNS queries that the host system sent to the AWS DNS server dropped to a small trickle. We also confirmed that the cache was operating properly by checking the dnsmasq statistics. Sending a  to dnsmasq causes it to print statistics to its log:
And most importantly, we saw a dramatic decrease in system test timeouts and our CI runs stabilized.
This issue took us a while to track down. But keeping CI healthy is extremely important. If you have too many sporadic test failures, developers tend to ignore CI results and push potentially broken code.
So, even though it was time consuming to track down these failures, given the ease of the fix, it was definitely worth the investment.
Originally published on the Adapt blog.