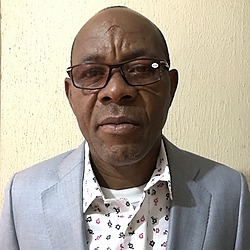 The people and government of China should be mostly concerned about Facebook’s intended launch of the Libra. The story didn’t just end there because Facebook said that in addition to Libra, the project will also issue a “Libra investment token.”
China’s 18.41 percent of the world’s population makes it the largest single most populated country in the world as of August 2019. Facebook 2.41 billion monthly active users recorded by the second quarter of 2019, effectively makes it the biggest social platform globally.
Therefore, any time any of these two sneezes, the world should take note of it. Facebook, however, was able to achieve this mammoth penetration in the world despite being banned from operating in the country by the government of the People’s Republic of China.
If you go through the whitepaper on Libra, you will discover that the focus of Libra is to create a currency that empowers billions of people, allowing them to engage in friction-less financial transactions in a simple, secure, and cost-effective manner.
The catch here is billions of people and the question, you will want to ask is:
Did Facebook take into consideration the Chinese people before coming up with this idea?
Why the question seems important is because both Facebook and cryptocurrency are banned in China. China’s government has been trying from all fronts to quash the cryptocurrency market in recent years in order “to prevent financial risks,” according to the South China Morning Post.
But all the measures put in place have often failed at stopping all cryptocurrency trade. You must, however, note that all has not been rosy for the yet to launched Libra.
Hits have been coming from regulators in Washington and Europe. Taking into consideration the recent bipartisan scrutiny from U.S. lawmakers for announcing Libra and the argument by some people that it could be Facebook’s downfall, you’ll realize that Libra still has a long way to go.
Even President Donald Trump added to Libra’s discomfort by saying that cryptocurrencies are “not money” and “based on thin air.” All these aside, Libra is still causing upheavals in China.
There is a report that China’s central bank is making serious attempts to evolve a digital currency that will redress whatever problems Facebook’s Libra may possibly pose to China’s financial system, according to the South China Morning Post’s report of July 8.
Wang Xin, director of the People’s Bank of China (PBoC) research bureau, is of the opinion that “if [Libra] is widely used for payments, cross-border payments, in particular, would it not be able to function as money and accordingly have a large influence on monetary policy, financial stability, and the international monetary system?”
Wang, therefore, said that PBoC decided to create its own digital currency specifically because of the unclear role of the United States dollar once Libra is issued: “If the digital currency is closely associated with the U.S. dollar, it could create a scenario under which sovereign currencies would coexist with U.S. dollar-centric digital currencies. But there would be in essence one boss, that is the U.S. dollar and the United States. If so, it would bring a series of economic, financial, and even international political consequences.”
What we see going on in China recently is that PBoC has purportedly been given the nod from the chief Chinese administrative authority, the State Council, to begin work with other market players and bodies to fashion out a central bank digital currency. The academics sector was not left out.
They are said to have also launched an intensive initiative on digital finance which includes resources from Peking University, Renmin University, Zhejiang University, and Shanghai Jiao Tong University.
Mu Changchun, deputy director of the PBOC’s payments department, also lent a voice to the debate. Changchun, reportedly said that Libra “must be put under the oversight of monetary authorities.”
He was of the view that, as a currency that can be freely exchanged into another currency for any purpose, without regulatory restrictions, Libra “will not be sustainable without the support and supervision of central banks,” emphasizing though that, “In the longer term, the yuan will be damaged by Libra if it’s not convertible.”
Former People’s Bank of China governor Zhou Xiaochuan, who a decade ago gave an insight into a global currency based upon the International Monetary Fund’s Special Drawing Rights, was of the opinion that Libra is a potent sign that there could be a new “strong international currency”, which could be exchangeable with existing government-backed currencies and be global in nature
Zhou observed that the overriding effect of such a currency is that it would challenge cross-border payments and weaken the role of sovereign currencies that do not have a stable value, just as many countries around the world have accepted the US dollar as a means of payment.
What China is apprehensive of is that Libra is coming as a financial revolution that will eventually and greatly impact the country and all other traditional cross-border businesses as well as payment systems. Despite the fact that the situation has not yet become a serious source of  concern to China, Zhou, however, noted that Beijing must “make good preparations and make the Chinese yuan a stronger currency.”
Going along with Zhou’s observation, you can safely say that inasmuch as the Libra is meant to take care of cross-border payments, it will go a long way to ease the problems developing countries encounter with their payment structures.
It’s remarkable to note that in the early days of digital currencies, the PBoC did not outlaw assets such as bitcoin, but rampant speculation and wild price swings led China to impose an outright ban on trading and exchanging as well as any form of initial offerings of cryptocurrencies. The most important thing, however, is that governments must gauge the mood of the people before implementing laws and imposing restrictions.

You Shouldn't Launch A Startup Without AI-Based CMS Workflows