Facebook and Crypto: what you need to know for 2018

Originally published by Coin and Crypto on January 23rd 2018 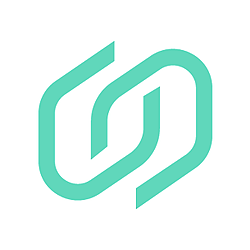 Showcasing the best and worst of cryptocurrency!

You don’t become one of the most powerful companies in the world by getting left behind.

Tencent, the Chinese internet giant behind QQ and WeChat, has partnered with Intel and detailed their plans for blockchain. They’re taking steps and now we can expect Facebook to push back.

“I’m interested to go deeper and study the positive and negative aspects of these technologies, and how to best use them in our services.”

If Facebook decides to get involved, how would they go about it? Looking at Facebook’s track record can provide some insight.

Facebook likes to acquire their way into new technology

Historically, Facebook has found success doing strategic acquisitions. Spending tens of billions to acquire 50+ startups and jump-start key areas of the Facebook platform. This behavior dates way back to 2009 when they bought Friendfeed to improve their aggregated feeds. And it’s continuing to this day, with their recent acquisition of Ozlo to build out their artificial intelligence product.

They also have a successful history of purchasing rocket-ship products to run alongside Facebook and expand into new markets. Some examples nobody will forget are Instagram, Whatsapp, and Oculus Rift.

The million dollar question here becomes, which companies are they going to acquire when they make their debut in crypto?

We analyzed 50 coins already on the market to create a short-list. Here are 3 areas and acquisitions that Facebook could consider.

In fact, the strength of Facebook as a verified identity is one of the things that led to the success of Tinder, a dating app, which required users log in through Facebook. By being tied to Facebook, it showed these were “real people”, and not people impersonating or catfishing.

With blockchain, Facebook could expand the scope of your online identity to include financial areas as well. This would introduce new opportunities for Facebook and the services they offer.

A key acquisition for this could be Bloom (BLT).

Bloom was created by Stanford engineers and launched their ICO in December of 2017. Bloom does identity attestation (proving that you are you), reporting and tracking debt obligations, and issuing credit scores. They also help individuals grow their credit scores by using the Bloom credit card.

This could enable Facebook to push into the financial sector. They could begin issuing credit cards and doing identity attestation and credit scoring.

The result: more user financial data (which advertisers will love) and new ways to make money. Plus it would further cement Facebook as an unshakable portion of our lives.

In the future, when you have a Facebook credit card, bank account, and car lease — you may find yourself in a situation where you “will quit using Facebook… as soon as you repay this mortgage”.

Other businesses might get caught in their ways, but Facebook has proven that they will flip their business model on its head if they have to. A recent example of this is their shift to video. Turns out, less people scrolling the feed, and instead watching longer video content, means lower margins and less revenue per user.

Zuckerberg explained in early 2017 that,

“the margin structure will be different, [video] almost certainly will be a lower margin source of revenue than what we currently do”.

This could be the same — a major change to their core business model that is essential to keeping up. A strategic takeover on this front is Steem (SMT).

Steem is a platform for rewarding publishers and allowing them to monetize their content. The first major application built using Steem was Steemit, a blog-style social network similar to Medium. On Steemit, users can receive money instead of upvotes and until now, over $22 million has been paid out to publishers.

Building on Steem would be a huge move for Facebook.

Right off the bat, they could add a “super like” button. Now when you see amazing content, instead of just liking, you can let them know you care. Or donations. Like if your friend gets married or has a baby — you can send a few dollars their way just to say congrats!

Step 2 is bigger. Now users have “money” saved on their accounts. Facebook already has marketplaces where users can buy/sell products. With tokens, now users can easily buy products right inside of Facebook. With products just a tap away, Facebook could steal market share from Amazon and become the most convenient place to shop online.

This is a challenge though. Since Steem is an open-source community, Facebook can’t just acquire it in the traditional sense. They could, however, “adopt” the community — ensuring a large amount of resources being put into the community are Facebook controlled.

3. Increasing trust and transparency with MetaX

Facebook has had a really tough time with trust in 2017. Zuckerberg even said it was his focus for 2018.

The cool thing is that blockchain is often celebrated for fixing these exact same kinds of problems.

A company which might be able to help out with this is MetaX (ADT).

MetaX is a company using blockchain to increase transparency and expose fraud in the advertising industry. They are based out of LA and have partnerships with Consensys and DMA (Data & Marketing Association). Their product works by whitelisting domains, but this process could be used in reverse for Facebook’s application.

By using blockchain to crowdsource which advertisers are good and which are bad, it could make it harder for the bad guys to slip through. Like a game of whack-a-mole — except there are 100 people with sticks waiting and ready.

This means less fake news, less scams, fewer bots, AND you have a better idea of what information Facebook is sending to advertisers. Seems like a win, win, win.

Blockchain is an exciting technology with the potential to solve problems that were previously very difficult. It is likely that Facebook will use it in some capacity, but difficult to predict exactly how.

They could use blockchain to improve areas like trust and content generation for their existing platform, or they could use it to expand into new markets and solidify their iron grip on everyone’s lives.

If you know any blockchain companies that could have an interesting synergy with Facebook — leave a message in the comment section below!

Enjoy this article? We have a Telegram Signal group now!

We post simple and effective trading signals. So you can spend less time doing technical analysis and more time getting results.
👉 https://t.me/coinandcrypto

How to Profit from a Trailing Stop Loss on Binance