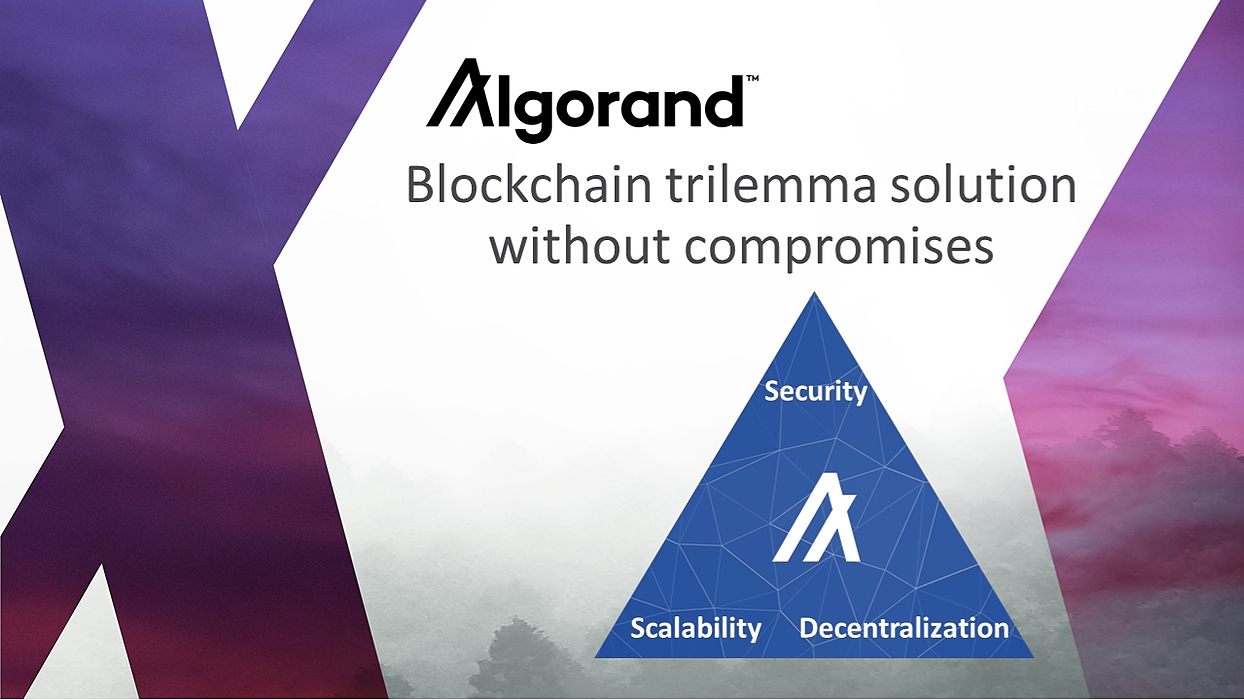 In the interview I made last year, I asked a leading cryptocurrency expert Andreas M. Antonopoulos, about whether someone could solve the so-called Blockchain Trilemma – scalability and security without sacrificing
decentralization in the future.

"It’s not easy to reach the Blockchain Trilemma. No one can’t simply prove, that they solved it. Right now, I cannot see that someone did it."

Many projects are facing the problem of the Blockchain Trilemma and usually sacrifice scaling or decentralization to cover at least two arms of the triangle. Some try to solve them on the second layers. Bitcoin developers created the Lightning Network to handle transaction throughput.

However, the truth is that all three characteristics, security, scalability and
decentralization, must be resolved on the first layer. And without any
compromises or sacrificing any part.

Would you like to send millions of dollars in the transaction through a
blockchain that is not secure? Probably not.

Do you have a problem with waiting tens of minutes to confirm your transaction in your daily life spending? I bet you have.

Would you like to rely on one or a few entities that would have the network under centralized control? In the short term or in a small transaction, you would probably survive with that, but certainly not in the long run.

Why, when using blockchain, should something be centralized? Some kind of centralized database would serve better for you with no need to use public blockchain.

In 2017, Silvio Micali came up with the idea of ​​creating a new consensual algorithm that would allow blockchain to scale and remain a high level of security and decentralization.

He called it Pure Proof-of-Stake (PPoS). This is based on random selection through Verifiable Random Functions (VRF). Two years later, on 11th June 2019, the first block of Algorand blockchain was mined. 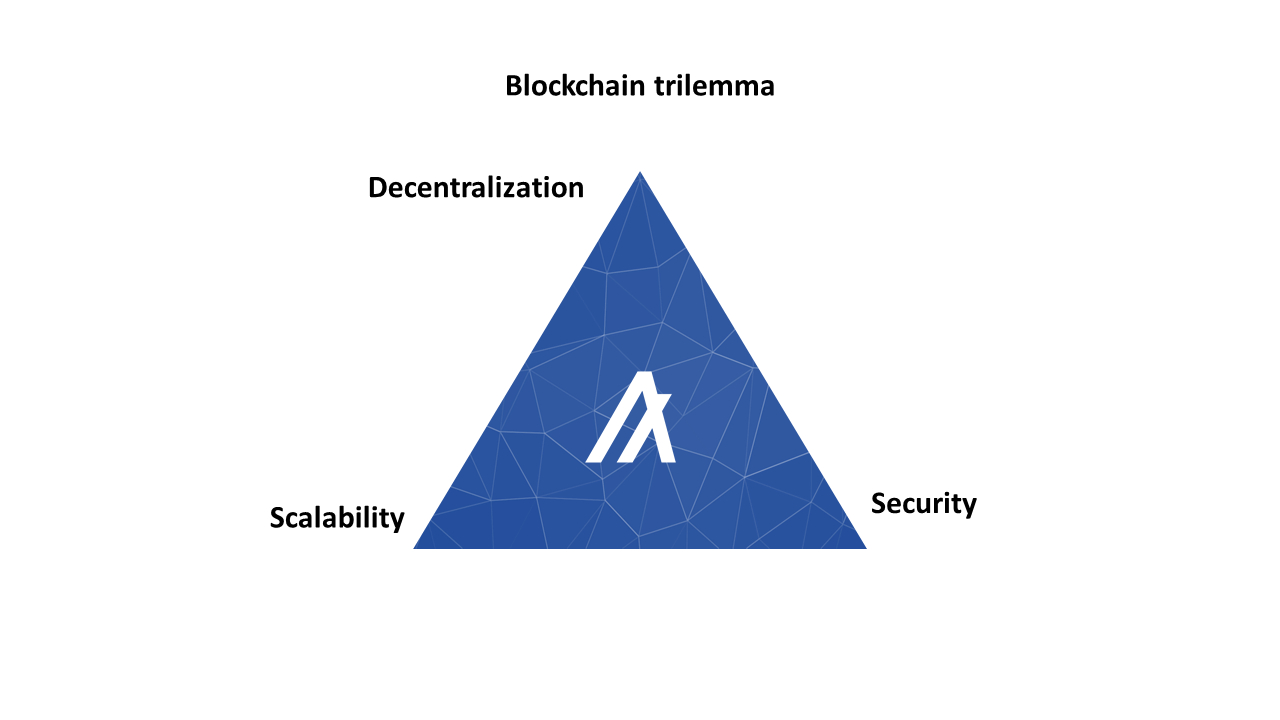 What is the Blockchain Trilemma?

Scalability, security, decentralization. Without these three qualities,
blockchain projects that aim at a global adoption, will not work.

The blockchain, which will be the first to solve this trilemma, will gain a
great competitive advantage over others. Projects such as Ethereum 2.0,
Cardano, Tezos, Comsos and Directed acyclic graph (DAG) projects such as IOTA or Fantom are on track. And of course many others watch their development and will try to solve it too.

But let's first look at how these three characteristics are solved in Algorand
blockchain in compare to other approaches. 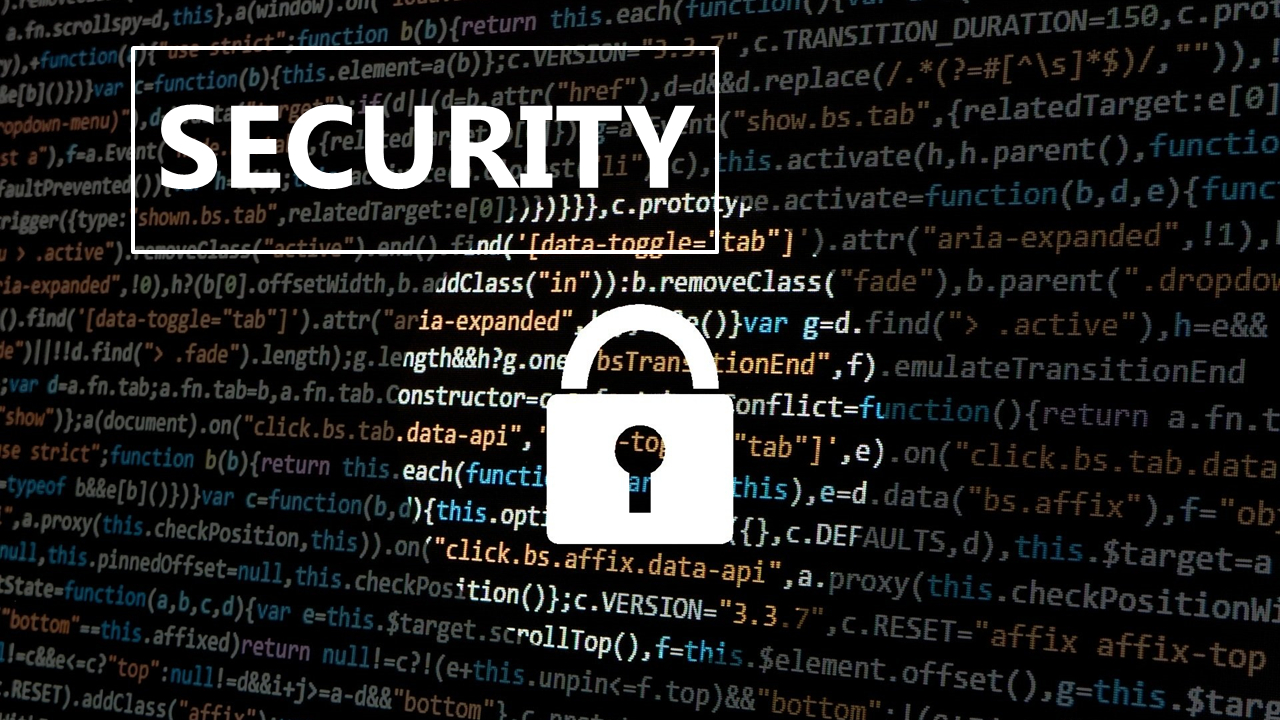 Security is taken for granted as a basic pillar of each public blockchain.
If the public ledger is distributed in the poor security conditions, an
attacker can double-spend funds or get some valuable information about the flow of finance made by the individual or some company.

And if it’s possible, you can be sure that sooner or later someone will try to attack it.

A typical example is 51% attack or 33% attack, which are used to spend
coins twice, so the attacker will enrich himself at the expense of a third party after a successful attack.

Smaller blockchains using the Proof-of-work algorithm have previously been targeted by a greater amount of computational power, and in many cases such an attack has been successful.

This is more complicated in Bitcoin, where the hashrate is already at such
a level that the attacker might not even pay off. Bitcoin is therefore safe
from this point of view; its security is ensured by high energy consumption.

However, it is not irrelevant how many entities, and in particular the
proportion of hashrate it owns and can make independent decisions. And if this number of entities able to mine the Bitcoin block continue to decrease, this would lead to centralization of decision-making power.

Algorand's approach is unique in that block creation self-selection is random due to Verifiable Random Functions (VRF) as well as validation of these blocks. This process takes two steps:

At this point, it is too late to influence in any way the user who created
the block or its verifiers, because they are not known to the outside.

The advantage of this approach is, therefore, that the attacker does not know in advance who where it should direct its attack. Once block verifiers have received block information from the block creator, it is already too late for them to attack it; other users already have this information.

Since verifiers are not known, this is a big difference between PPoS and DPoS. It is then not possible to attack these verifiers using DDoS attacks.

Algorand blockchain and how works the proposal phase and the voting phase, made by Russel Fustino 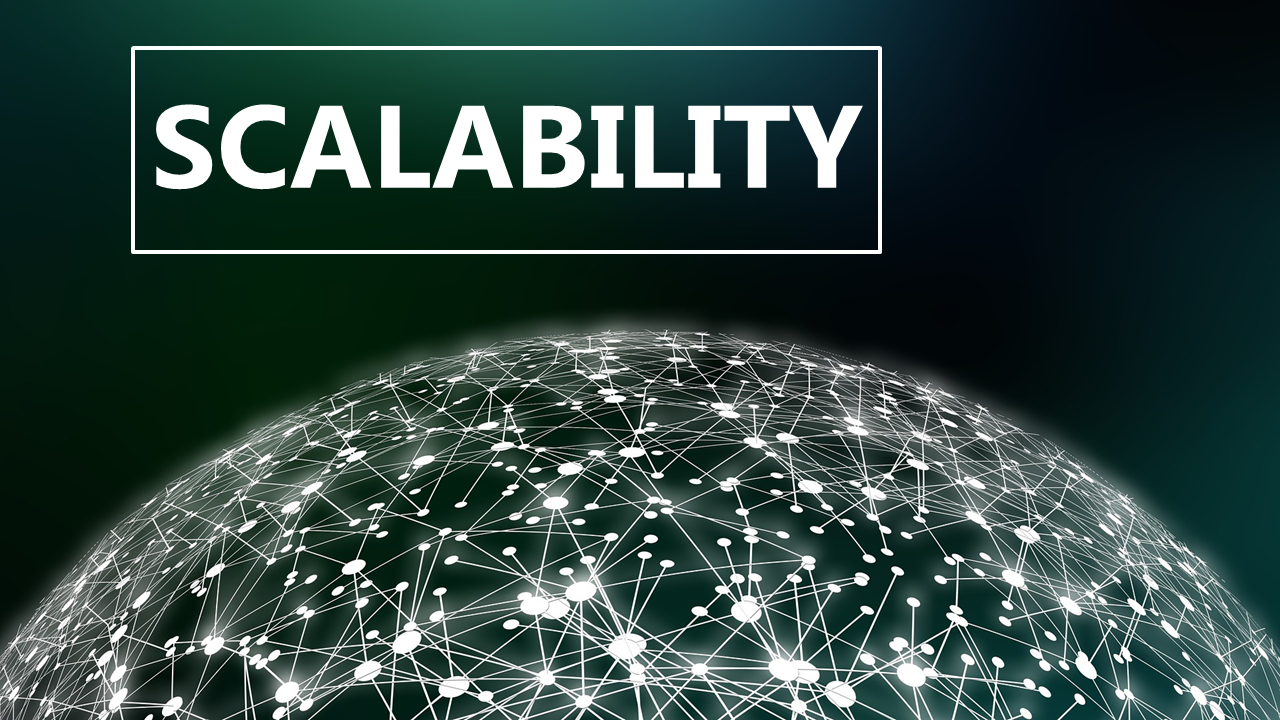 PoW based cryptocurrencies have poor network throughput. Bitcoin handles about 7 transactions per second, Ethereum about 12 transactions. This was fully evident when the Ethereum network was overloaded during the expansion of the Cryptokitties game.

A typical Ethereum transaction takes about 14 seconds. In Bitcoin network,
the transaction can be added to the block within 10 minutes, but you can wait an hour for the finality of the block. In addition, if you set a low
transaction fee, you can easily wait all day or even longer.

The more users and higher cryptocurrency adoption, the more transactions will accumulate as in the bottleneck if you want to spill it all at once. PoW is not built for a large number of transactions.

Algorand blockchain has blocks confirmed immediately after being added to the blockchain, the finality takes about 5 seconds. Thanks to the very low transaction fees of 0,001 ALGO, your transactions can’t get stuck or remain unprocessed.

By processing more than 1,000 transactions per second, Algorand has put its smart contracts on the first layer, remaining the same security and
decentralization level.

Bitcoin is developing the second scaling layer called the Lightning Network,
Ethereum is aware of this problem and is gradually moving to the PoS to solve scaling.

Algorand creates new blocks with high speed, because the block at a time is not created by all the miners looking for a random number (nonce) like in Bitcoin, but only one Algo owner mine it. The minimum for mining is 1 ALGO, which is reachable even for the smallest network users.

This is in contrast to DPoS and bonded PoS consensus algorithms, where only those users who deposit large amounts of their coins can access the mining or verifying process.

Promoting a block from the miner to 1000 verifiers takes one microsecond in Algorand. Once they have verified the block, they will send a message to the network. And as I mentioned, everything can be done within 5 seconds and as soon as the block is added to the blockchain, this activity is repeated. This is safer and faster than most DPoS.

In Algorand, an attacker would need to own more than 50% of all Algo coins, which would be very expensive for him to purchase those. And why would a user who owns most of the coins on the network risks losing confidence in the blockchain? It wouldn't be that smart either. 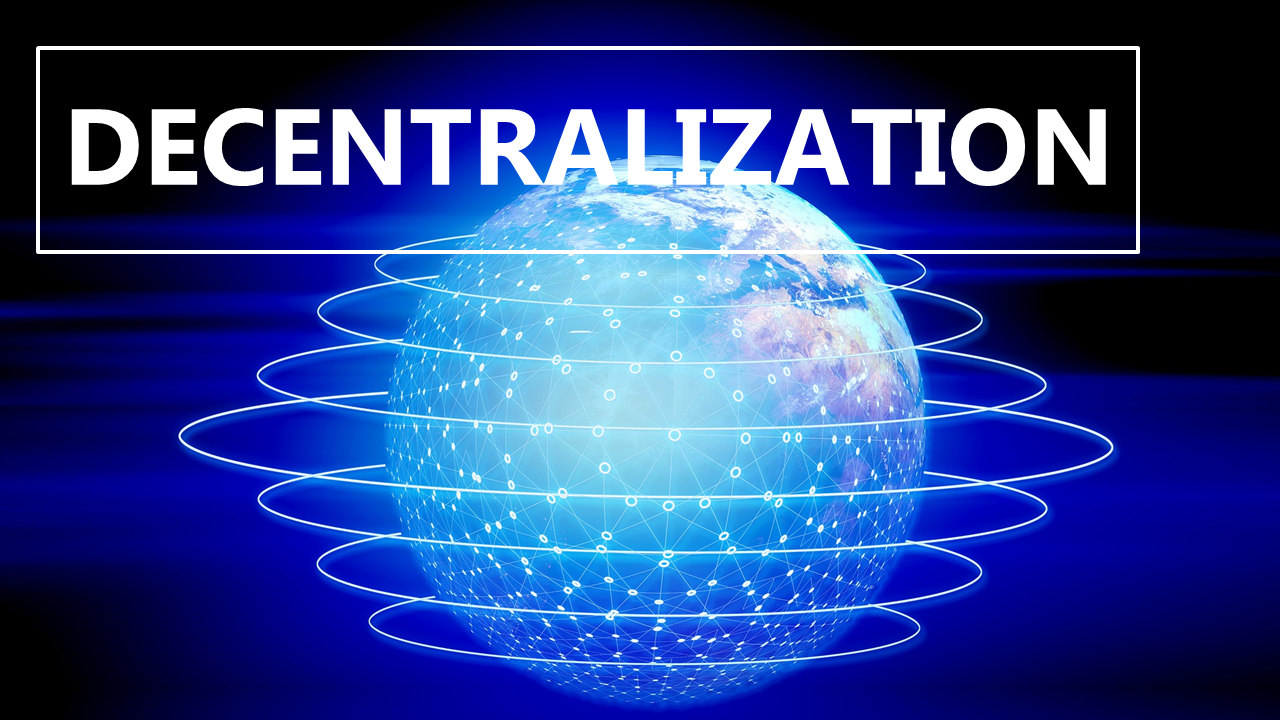 While security and scalability are getting a lot of projects underway,
adding decent decentralization to them is much more difficult. DPoS blockchains like EOS, Tron, NEO or ICON practically sacrificed decentralization as they have a commission of several verifiers that doesn't change much. Tezos has an interesting approach with its liquid DPoS, where these verifiers are changing over time. Cardano bet on participants associating to pools and added the saturation for the larger pools for motivating users to switch to smaller pools instead.

Cardano with their pooling approach might not be the perfect for decentralization as in my interview told me Jakub Čech from the IOTA Foundation. He commented on association to pools as follows:

"I don’t believe that any system that artificially creates groups of nodes based on an economic incentive that is part of the protocol itself can ever achieve complete, or almost-complete decentralization.”

But who knows, maybe Cardano will conquer great decentralization
level with their approach.

Algorand bet on true decentralization because the network is controlled by all its users. They are both users and block producers at the same time.

PoW has up to three separate groups with its own interests. Miners, pool
operators and then the users themselves. Miners are practically not concerned with network security or decentralization; they are just mercenaries who have set economic incentives and want to maximize their profits. By having their own costs for electricity etc. to cover, they virtually instantly sell their mined coins.

At the same time, users in Algorand become those who take care of network security. This is an ideal case where within a particular ecosystem these roles are not very divided. Thus, the consensual decision-making power is also divided into a maximum number of independent entities.

With PoW, there are a few of the largest pools that have the greatest
power, and so it is strongly centralized into their hands.

PoS is also to be more decentralized geographically than PoW, where
dominant pools can concentrate in places with cheaper electricity and, thanks to network latency, are also favored in mining a new block and then searching for another nonce. So, Satoshi's original vision, a space where small miners are both the operators of the node, miners and the bitcoin users, thus took the PoW projects behind the advent of specialized mining equipment known as ASIC miners.

With DPoS, you never have the assurance that the selected verifier entities
will be honest forever. Therefore, DPoS is centralized.

In bonded PoS, where you invest a stake, you are usually willing to give
only some of your funds. For some bonded PoS, you may be affected for
misconduct by losing coins. And big players can logically afford to put aside more coins than ordinary users with a few coins. This also leads to less
distribution of consensus.

Algorand's solution is therefore the most possible decentralized solution precisely because of the involvement of virtually all the network users.

One more advantage – Algorand is non-forkable 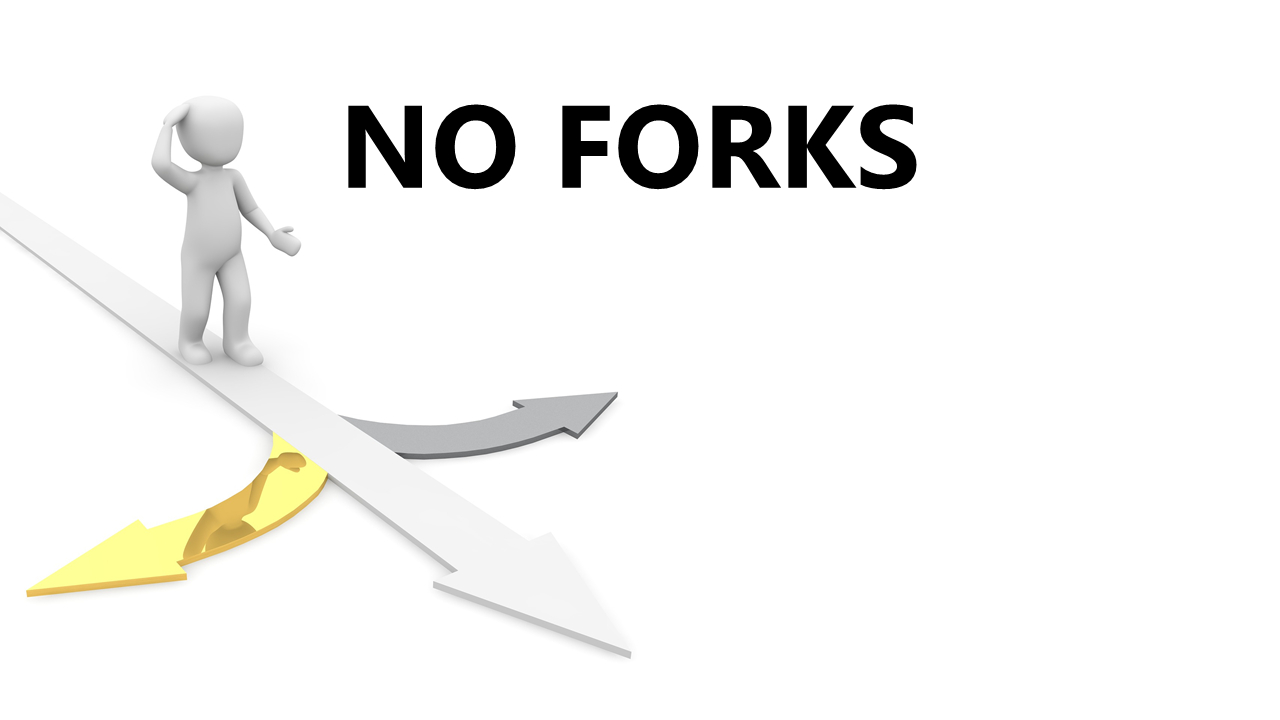 The best protection against double-spending of the coin is to limit the
possibility of accidentally forking a blockchain. At PoW, all the miners mining the block at the same time, and when a nonce is found by multiple users, they create orphan blocks. And as you know, when longest chain wins, those orphan blocks are not useful anymore.

With Algorand, this blockchain forking is virtually impossible due to
protocol settings.

About the Algorand project

Algorand is a decentralized blockchain platform for smart contracts with
its native coin called Algo. It uses Pure Proof of Stake (PPoS) to conclude
network consensus.

The project is supported by the Algorand Foundation, which can rely on a
very strong team of cryptographers and developers.

The founder is Silvio Micali, a MIT University professor who is co-inventor
of Zero-Knowledge Proofs. In 2012, Micali received the Turing Award for laying the foundations of modern cryptography, which is the equivalent of the Nobel Prize in IT. CEO of Algorand is Steven Kokinos, who is a co-founder of companies such as Fuze, WebYes or BladeLogic. COO is W. Sean Ford, who previously worked as Chief Marketing Officer at LogMeIn. Algorand team includes other MIT academics and experts from outside the cryptographic environment.

The first block of Algorand was mined on 11th June 2019 and
since then more than 5 million blocks have been mined. The new Algo coins are released to the market gradually through the Dutch auction and their total number will be 10 billion.

Thanks to low computational costs, cheap transactions, rapid network propagation, where the whole community is involved in block verification, the real decentralization is achieved. And without any compromises in scalability or security.

Algorand showed what many projects before him were unable to deliver. To solve the Blockchain Trilemma without compromises. 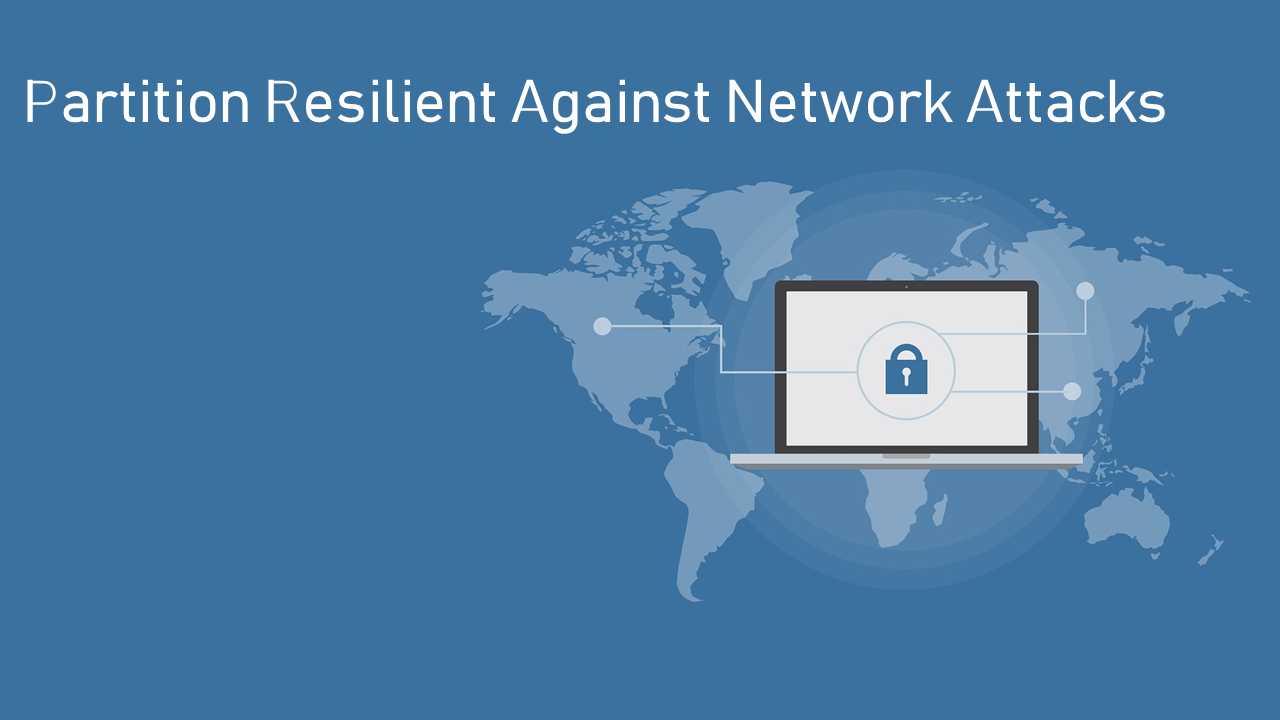