Everything You Need to Know About ERC721 Tokens 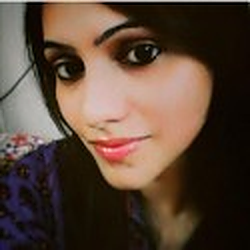 Source: https://brunch.co.kr/@curg/20
According to erc721.org, “ERC-721 is a free, open standard that describes how to build non-fungible or unique tokens on the Ethereum blockchain.” While most of the tokens are fungible in nature, all ERC721 tokens are unique and often treated as collectibles.
But, what are tokens?
A “token” can be defined as a representation of any fungible good which can be traded for eg, currency, frequent flyer points, gold certificates and more. Blockchain or Ethereum is not the first platform to use tokens as a part of their design. A token is really an abstraction that represents who owns the underlying tradeable asset.
Crypto Tokens reside on their own blockchain network and represent an asset or utility, they are kind of special virtual currency tokens. For eg, one can own a crypto token that represents he/she is the owner of 10,000 frequent flyer points on a blockchain which is managed by an airline.
There can be another token which allows accessing 200 podcasts on a specific podcast network. Such crypto tokens on blockchain platforms like Ethereum that are created using standard templates often serve as the transaction units on the blockchain.
The cryptocurrencies and altcoins are specific virtual currencies that are primarily used as a medium for digital payments and have their own dedicated blockchains. On the other side, crypto tokens are created on top of a blockchain using its own pre-designed templates and used in the execution of smart contracts, decentralizes applications and facilitate transactions. Such crypto tokens are usually created, bought, distributed and circulated through ICO (Initial Coin Offering), a process that involves crowdfunding to create working capital for the project.
There are various types of tokens being used across the cryptocurrency industry and there are different ways to differentiate between tokens. Some of them are outlined below:
Usage Tokens: A token that is required to use be used as a service for eg, Bitcoin and Ether.Work Tokens: A token that gives users the right to contribute work to a decentralized network and get incentive/direct benefits based on their contribution.Intrinsic, Native or Built-in Tokens: These types of tokens are exclusive to one blockchain and used to serve as validation and spam prevention toolsApplication Tokens: These tokens are created on the application layer itself using smart contractsAsset-backed Tokens: These tokens are issued against real assets onto a blockchain for later redemption.
ERC721 Tokens
Collectible items have always attracted Humans. From the era of literally collecting rare coins to our time of Pokemon cards and Tamagotchi. It’s a hobby having a foundation of rare interest in rare items. Similarly, ERC721 emulate rare, collectible items in the form of Ethereum tokens as each of these tokens is known to be different from each other. Ethereum Request Comments 721 or ERC721 is an improvement proposal for Ethereum which was proposed by Mr Dieter Shirley in late 2017’s. These new proposed standards will allow smart contracts to be traded in the form of tokens and are nothing short of a cryptocurrency revolution. Since every token has a unique form and non-fungible in nature enhances the overall integrity of the smart contract ecosystem powered by blockchain.
What is fungible? Fungible means, being something (such as money or a commodity) of such a nature that one part or quantity may be replaced by another equal part or quantity in paying a debt or settling an account. Source: Merriam-Webster
For example, if you go to a convenience store with $10 in your hand, you can buy a soda and some chocolates. The $10 note has a value which can be used at the convenience store to buy products of the same or lesser value. On the other side if you carry a collectible basketball card to the same store it won’t be accepted by the owner. This is because the dollar bill and the basketball card have different characteristics value which is different for different people.
ERC721 tokens can be used in any exchange exercise but their value is different from each other. Their value is defined by the uniqueness and rareness associated with each token and the standards that defined the value of the token are as below:
NameSymbolTotal SupplyBalanceOfownerOfapprovetake ownershiptransfertokenOfOwnerByIndextokenMetadata
Note: All the above-mentioned parameters are a part of ERC721 contract and the image below is a template of ERC721 contract

Source: https://github.com/OpenZeppelin/openzeppelin-solidity/blob/master/contracts/token/ERC721/ERC721.sol
ERC721 has been predominately famous for successful adoption of CryptoKitties which is being loved by many. But there are many other usability applications for ERC721 contracts.
WePower a platform supporting renewable energy production uses tokens to act as a certain amount of electricity on their grid networkERC721 can be used to guarantee anti-piracy, privacy, and transferability for software titles or software licensesERC721 also have some very interesting prospects of being used in the betting in real-time for the video games being streamed online. Like the world championship for DOTA 2
ERC721 Vs ERC20
There are many differences between ERC20 and ERC721 on the structural level but all those differences account to the major difference between these two types of tokens and that if “Fungibility”.
ERC20 is a fungible token, which simply means it is interchangeable with another ERC20 token. Without having any distinction between two ERC20 tokens it similar to having two 10 dollars notes.
But with ERC721 which is a non-fungible token, every token will have a distinct form which makes it unique to every other ERC721 token.