Everything You Ever Wanted To Know About Cryptocurrency Staking 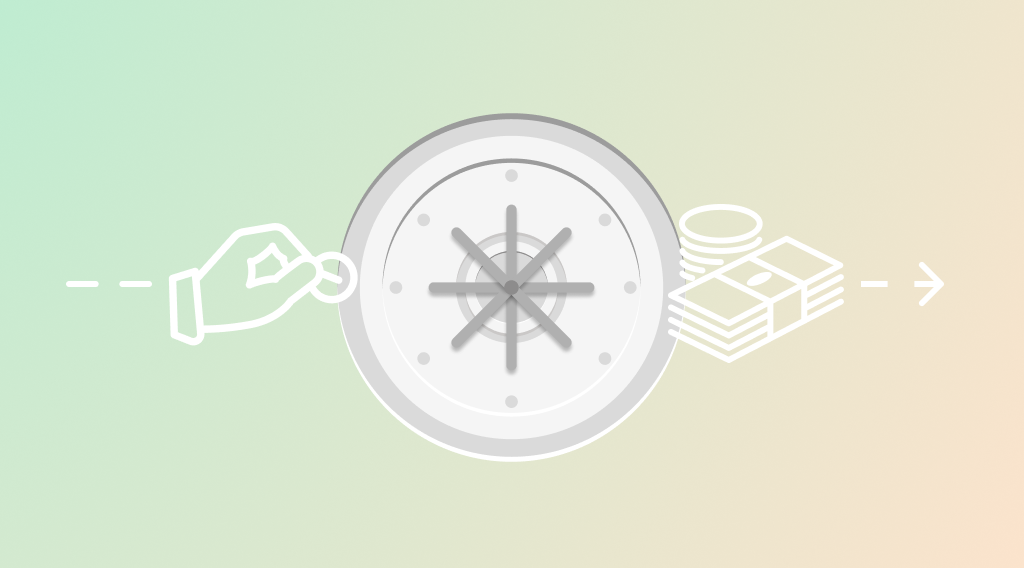 Everyone and his grandma know what cryptocurrency mining is. Well, they may not indeed know what it actually is, in technical terms, but they have definitely heard the phrase as it is hard to miss the news about mining sucking in energy like a black hole gobbles up matter. On the other hand, staking, its little bro, has mostly been hiding in the shadows until recently.

Today, with DeFi making breaking news across the cryptoverse, staking has become a new buzzword in the blockchain space and beyond, along with the fresh entries to the crypto asset investor’s vocabulary such as “yield farming”, “rug pull”, “total value locked”, and similar arcane stuff. If you are not scared off yet, then read on. Though we can’t promise you won’t be.

There are two conceptually different approaches to achieving consensus in a distributed network, which comes down to transaction validation in the case of a cryptocurrency blockchain. You are most certainly aware of cryptocurrency mining, which is used with cryptocurrencies based on the Proof-of-Work (PoW) consensus algorithm such as Bitcoin and Ether (so far). Here miners compete against each other with their computational resources for finding the next block on the blockchain and getting a reward.

Another approach, known as the Proof-of-Stake (PoS) consensus mechanism, is based not on the race among computational resources as is the case with PoW, but on the competition of balances, or stakes. In simple words, every holder of at least one stake, a minimally sufficient amount of crypto, can actively participate in creating blocks and thus also earn rewards under such network consensus model. This process came to be known as staking, and it can be loosely thought of as mining in the PoS environment.

With that established, let’s now see why, after so many years of what comes pretty close to oblivion, it has turned into such a big thing.

Why has staking become so popular, all of a sudden?

The renewed popularity of staking came with the explosive expansion of decentralized finance, or DeFi for short. Essentially, staking is one of the ways to tap into the booming DeFi market, allowing users to earn staking rewards on a class of digital assets that DeFi provides easy access to. Technically, it is more correct to speak of DeFi staking as a new development of an old concept that enjoys its second coming today, or new birth if you please. So what’s the point?

With old-school cryptocurrency staking, you would have to manually set up and run a validating node on a cryptocurrency network that uses a PoS consensus algo, having to keep in mind all the gory details of a specific protocol so as not to shoot yourself in the foot. This is where you should have already started to enjoy jitters if you were to take this avenu entirely on your own. Just think of it as having to run a Bitcoin mining rig for some pocket money. Put simply, DeFi staking frees you from all that hassle.

At this point, let’s recall what decentralized finance is and what it strives to achieve. In broad terms, DeFi aims at offering the same products and services available today in the traditional financial world, but in a trutless and decentralized way. From this perspective, DeFi staking reseblems conventional banking where people put their money in savings accounts to earn interest. Indeed, you could try to lend out your shekels all by yourself, with varying degrees of success, but banks make it far more convenient and secure.

The maturation of the DeFi space advanced the emergence of staking pools and Staking-as-a-Service (SaaS) providers that run nodes for PoS cryptocurrencies on your behalf, allowing you to stake your coins and receive staking rewards. In today’s world, interest rates on traditional savings accounts are ridiculous, while government spending, a handy euphemism for relentless money printing aka fiscal stimulus, is already translating into runaway inflation. Against this backdrop, it is easy to see why staking has been on the rise.

Okay, what are my investment options?

Now that we have gone through the basics of the state-of-the-art cryptocurrency staking, you may ask what are the options actually available for a common crypto enthusiast to earn from it? Many high-caliber exchanges like Binance or Bitfinex as well as online wallets such as Coinbase offer staking of PoS coins. In most cases, you don’t even need to do anything aside from simply holding your coins there to start receiving rewards as long as you are eligible and meet the requirements. This is called exchange staking.

Further, there are platforms that specialize in staking digital assets. These are known as Staking-as-a-Service providers, while this form of staking is often referred to as soft staking. They enable even non-tech savvy customers to stake their PoS assets through a third party service, with all the technical stuff handled by the service provider. Most of these services are custodial, with the implication being that you no longer control your coins after you stake them. Figment Networks, MyContainer, Stake Capital are easily the most recognized among SaaS providers.

However, while exchange staking and soft staking have everything to do with finance, they have little to nothing to do with the decentralized part of it, which is, for the record, the primary value proposition of the entire DeFi ecosystem. The point is, you have to deposit the stakable coins into your wallet with these services. And how can it then be considered decentralized? Nah, because DeFi is all about going trustless, no third parties, and, in a narrow sense, no staking that entails the transfer of private keys. This form of staking is called non-custodial, and it is of particular interest from the DeFi point of view.

If you read our article about DeFi, you already know how it is possible, so we won’t dwell on this (if, on the off chance, you didn’t, it’s time to catch up). As DeFi continues to evolve, platforms that allow trustless staking with which you maintain full custody of your coins are set to emerge as well. The space is relatively new, with Staked being probably the first in the field. This type of staking allows you to remain in complete control of your funds, and it perfectly matches DeFi’s ethos, goals and ideals.

Still, our story wouldn’t be complete if we didn’t mention utility tokens where staking may serve a whole range of purposes other than supporting the token network or obtaining passive income. For example, with platforms that deploy blockchain oracles such as Nexus Mutual, a decentralized insurance platform, staking tokens is necessary for encouraging correct reporting on certain events or reaching a consensus on a specific claim. In the case of Nexus Mutual, its membership token NXM is used by the token holders, the so-called assessors, for validating insurance claims. If they fail to assess claims correctly, their stakes are burned.

Another example is Particl Marketplace, a decentralized eCommerce platform, which designed a standalone cryptocurrency dubbed PART. It can be used both as a cryptocurrency in its own right outside the marketplace and as a stakable utility token giving stakers voting rights facilitating the decentralized governance of the entire platform. Yet another example is the instant non-custodial cryptocurrency exchange service, ChangeNOW, that also recently came up with its stakable token, NOW Token, to be used as an internal currency and a means of earning passive income.

Nowadays, with most economies on pause or going downhill, staking has become a new avenue for generating passive income outside the traditional financial system. As DeFi continues to eat away at services previously being exclusively provided by conventional financial and banking sectors, we should expect more people to get involved in this activity along with more businesses dipping their toes into these uncharted waters.

Achieving network consensus, establishing decentralized governance, and earning passive income are only three use cases for cryptocurrency staking. No matter how important they are, and they certainly are, there are many other uses along different dimensions that staking can be quite helpful and instrumental for. Again, we are mostly in uncharted waters here, and we can’t reliably say what the future holds for us. On the other hand, we can go and invent it. This should count as next.

Related Stories
Subject Matter
Download Mysterium VPN - First 20 GB streaming FREE by @Mysterium Network
#promoted
GAS in Ethereum: Everything You Ever Wanted To Know by @StealthEX.io
#ethereum
Million Dollar Question: Should Retail Investors Get into DeFi for Money Legos? by @anton-dzyatkovskii
#yield-farming
$Fil Mooned Right After I Sold It. Am I Weak Hands? by @digifinex
#filecoin
15 Trends That Prove Crypto-Adoption Is Moving In The Right Direction by @asaf
#defi
Can $LINK, $ADA, or $UNI Challenge $ETH in 2021? by @tanveerzafar
#cryptocurrency
An Introductory Guide to the Crypto Tax Season by @tradingbull
#defi