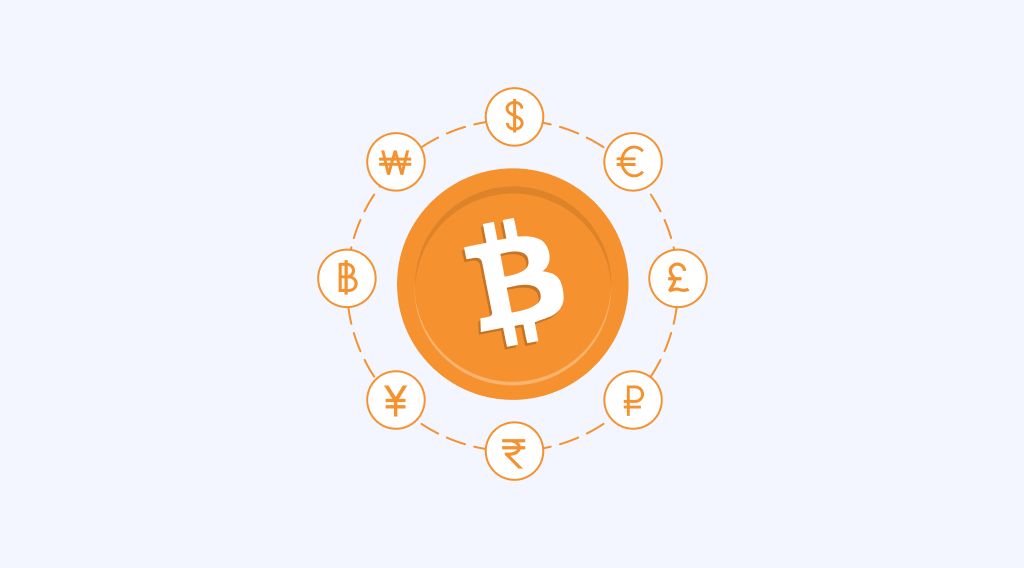 Central bank digital currencies (CBDCs) have been in the rumors since 2013, with China allegedly developing in secrecy a government-issued centralized cryptocurrency to fight off the increasingly popular Bitcoin. But it wasn’t until September 2015 when the Bank of England had publicly discussed for the first time the use of a blockchain-based central bank currency as a way to implement negative interest rates, and March 2016 when the phrase “central bank digital currency” had been coined.

To be sure, CBDCs have been a scarecrow for the cryptocurrency community for quite some time now. But how real is the danger? And couldn’t it in fact turn out to be a blessing in disguise for Bitcoin and its brothers in arms over the long haul? A sober look into the reality of CBDCs and their seemingly brewing stand-off with cryptocurrencies is due and invited.

A New Twist on an Old Tune

As soon as CBDCs started to make headlines across major news outlets in 2019, a new wave of soothsayers has risen. This time, Bitcoin skeptics and haters alike have gotten something looking solid on the surface. CBDCs came in handy to scare the cryptocurrency public into fear and depression for being touted as an ultimate weapon that would destroy Bitcoin. Aside from the regular fear mongering that has been following cryptocurrencies through years, there are a few apparently rational considerations that could, at least in theory, herald the autumn of cryptocurrencies.

As it happened, the first proposals on CBDCs were in fact inspired by Bitcoin and the idea of a distributed digital ledger underpinning it. Moreover, they were actually suggesting the use of blockchain technology in one way or another. Today, this is no longer the case, and the concept of a digital fiat currency as it presently stands has little to do with blockchain. But how much would then a CBDC be different from conventional fiat which is already digital almost everywhere but in a few exceptionally backward countries?

A number of mainstream economists try to address this issue, with Nouriel Roubini, a professor of economics at New York University and former senior adviser to the White House council of economic advisers and the US Treasury, leading the assault on Bitcoin. He goes as far as to claim that CBDCs are going to replace most private digital payment systems like PayPal and its likes by allowing anyone to transact directly through the central bank. That would reduce the need for cash and make traditional bank accounts along with digital payment services obsolete and unnecessary.

In his view, cryptocurrencies are no more than a pile of overhyped blockchain technologies promoted by a bunch of “starry-eyed crypto-fanatics”. Roubini reasons that once CBDCs arrive, they would instantly displace cryptocurrencies, which, as he senses them, are far from scalable, cheap, and secure, nor are they actually decentralized and anonymous according to him. Whether his prophecy of an impending doom for crypto has any real ground remains a matter of scrutiny, which takes us to the next part of this essay.

Much Ado about Nothing

The argument in favor of CBDCs taking over cryptocurrencies is essentially based on misunderstanding Bitcoin’s primary value proposition. Although the advantages and benefits of CBDCs may be real, to a varying degree, the idea of a central bank digital currency doesn’t part ways with the original idea of fiat money itself. In other words, CBDCs will always remain a somewhat enhanced or updated version of fiat. As such, every major flaw or fault that fiat has ever revealed can be rightfully ascribed to this form of a centrally-controlled currency.

Most importantly, CBDCs don’t seek to address the arbitrariness of their governing bodies, that is to say, central banks, in the majority of cases. Whatever has been said positive toward CBDCs can be reversed through the misuse and abuse by the monetary authorities. It is just a matter of time till they start turning advantages of CBDCs into disadvantages as has always been the case in the past, but now more efficiently and with a vengeance. And this is in stark contrast to Bitcoin which sets forth a distinctively different governance model by removing any central authority from the equation.

This point has been reiterated and emphasized by many notable and well-known figures in the cryptoverse. For example, Barry Silbert, the founder of venture capital firm Digital Currency Group and a major investor in the blockchain space, strongly believes that central banks won’t be capping the supply of CBDCs because they “love to print money”.

In this manner, CBDCs aren’t going to fix broken monetary policies carried out by most, if not all, central banks. Then we are instantly back to square one.

And that comes down to a simple but time-proven truth that fiat currencies, no matter what form they may take, are set to depreciate and lose value over time. There is no way around this, and CBDCs will be of little help here, if ever.

On the other hand, these currencies allow central bankers to gain more power over financial activities of the general public by requiring common people to use the financial system based on a CBDC, and, by extension, subjecting them to other forms of control in their efforts to maintain state supremacy over money – in addition to its costs and restrictions.

Put shortly, digital currencies issued by central authorities cannot on their own pose a real threat to Bitcoin and undermine its value proposition coming from its decentralized nature and capped supply, especially in the long term.

But could it play out in an altogether different direction? Could CBDCs actually help, in some convoluted or even controversial way, non-central bank currencies such as Bitcoin, and contribute to their mainstream adoption and wider acceptance? As it turns out, it is not totally impossible, and this might be the most interesting piece of the CBDC puzzle.

A Blessing in Disguise

Now that we established that CBDCs are unlikely to hurt Bitcoin, it is time to explore the opportunities they could offer the crypto space. Barry Silbert says that the efficient and cost-effective infrastructure every financial institution will have to build in order to safely store and support CBDCs happens to be the same infrastructure that could be used to transact with and provide support to cryptocurrencies. Consequently, Bitcoin will benefit in the long run from the world’s central bankers issuing their own digital currencies – when these currencies start to fail at the end of the day, which is inevitable with any form of fiat money as many economists claim.

At a fundamental level, CBDCs, if they kick off for real, are set to compete not so much with Bitcoin and the rest of the pack but rather with other central bank currencies, digital or otherwise. Whatever nation launches such a currency first, the others will quickly follow. You don’t exactly need a master’s degree in economics to understand who will benefit most from the dog-eat-dog fight that will without doubt ensue, just like fiat currencies benefit from cryptocurrencies competing with each other.

Related Stories
Subject Matter
Earn Crypto Rewards Monthly by @Mysterium Network
#promoted
GAS in Ethereum: Everything You Ever Wanted To Know by @StealthEX.io
#ethereum
Crypto Cards in 2021: How Far Have We Come? by @julie99
#crypto-cards
Lack of understanding paves way for speculative behavior in crypto markets - Jordan, QTUM Co-Founder by @shahmeer
#founder-interview
Does Web 3.0 Need Web Servers? by @benjaminbateman
#decentralized-internet
Signal's Integration With MobileCoin Isn't As Bad A News As You Think by @yorple
#mobilecoin
Crypto-Cards 2021: Bitpay Vs. Wirex Vs. CryptoPay Vs. TTM Bank by @maria-lobanova
#cryptocurrency