Every Disadvantage Has Its Advantage: Reviewing Blockchain

Blockchain has become a movement now, maybe even a revolution. Blockchain evangelists would make you believe that it is the panacea. Since advancement in the technology of Blockchain has been progressive since 2009, we’ve come a long way even though we are still in the infancy. Along the journey we have rendezvoused with the imperfections Blockchain comes with.

This article is about revisiting the imperfections of Blockchain. Scholars have been researching and developing algorithms and mechanisms to eliminate these flaws. There have been successful and failed ideologies. There has been a phase of trial and error. But they say; only when you’re low, you grow.

So let’s dive into the mess.

Merciless towards Mother Earth (at least, at the moment)

Bitcoin Mining Now Consuming More Electricity Than 159 Countries Including Ireland & Most Countries…
The map above shows which countries consume less electricity than the amount consumed by global bitcoin mining…powercompare.co.uk

In a blockchain with PoW as consensus protocol, each node carries out computationally expensive calculations to get rewarded with a crypto. These nodes are known as miners. This accounts for the following in a blockchain network:

These miners keep solving complex mathematical equations to get rewarded. The one who gets rewarded is the creator of the next block on the blockchain. However, only one block is added at a time. So the computational work done by other miners goes to waste.

In PoS, there is no concept of “reward”. Here, the creator of the new block is chosen in a pre determined way which depends upon the node’s wealth (also known as stake) at that particular time. Here, the nodes are known as forgers. This is a more economical way to sustain the blockchain network.

Bitcoin works on PoW, Ethereum has shifted from PoW to PoS.

Presently, at the time of writing this article the total market value of bitcoin is $177,782,332,242. So you can imagine how crazy the market is.

It breaks down people who see Bitcoin as an effective currency when only 7 transactions can take place per second over this network. For the sake of comparison, Hyperledger can handle 10,000 Txn/sec, Visa can handle 24,000 Txn/sec.

These scalability issues put the practical use of blockchain in a doubt. Since each participating node has to verify a transaction in the network, total number of transactions occurring per second are limited. It can take upto several hours for a bitcoin transaction to commit. If you want your transaction to be speedy, you’d need to spend extra gas.

In new networks where number of participating nodes are limited, the lack of resources give rise to two problems (think about these in regard with demand-supply scenario):

The whole point of decentralised database is that every participating node has a copy of the actual database. But with increasing number of transactions, the size of database is expanding like the universe! The transactions will be stored on the database forever since the database is append-only, immutable in nature. How can each node store infinite amount of accumulating data?

For reference, the Ethereum blockchain is growing at the rate of 55 GB/year.

Although data on public blockchain is encrypted and touted as anonymous yet is in hands of every participating node, rightfully. It is possible to trace down your identity via transactional patterns. Web trackers and cookies have been used in investigations to track down identities, proving that blockchain is not as private as it may seem.

Prosecutors Trace $13.4M in Bitcoins From the Silk Road to Ulbricht's Laptop
If anyone still believes that bitcoin is magically anonymous internet money, the U.S. government just offered what may…www.wired.com

If 51% of the nodes lie, the lie will become the truth.

This is called a ‘51% attack’ and was highlighted by Satoshi Nakamoto when he launched Bitcoin. Everyone has to constantly eye the network to beware of unwanted influence.

Hopefully advancements in engineering will sooner or later address these problems. The best part is that people are taking these disadvantages in a good way. Nothing is stopping them from adapting this technology. It’s only a matter of time these concerns will be addressed.

All hail the blockchain!

To Code Is To Communicate: 8 Ways to Write Better Code Reviews 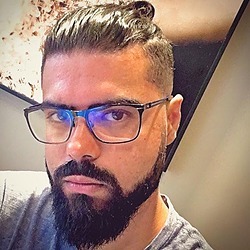