Does Bitcoin NEED an Index? 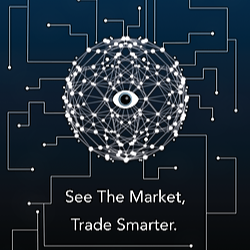 Every time I talk to an ETF provider, exchange, or fund that plan to offer products based on  Bitcoin, the same conversation plays out. I ask them how they plan to display the price of the underlying asset or calculate the Net Asset Value (NAV) of the fund, and they describe some index product they are using or planning to use.
There are many examples of indices with a variety of data sources and types, but most feature some type of arbitrary weighting scheme that allows them to average together the prices from multiple sources.  At that point I usually sigh (to myself) and begin describing how we (at CoinRoutes) analyze the market.
Before describing our approach, it is worth noting that indices were invented to calculate the price of a basket of assets, not a single one.  Indices were created to measure entire markets, industries, or categories of investments by selectively weighting components.  The original need that indices filled was to simplify the measurement process and this grew into a suite of products that enabled investing  in entire markets, sectors or industries efficiently.
While indexing, via ETFs, has revolutionized financial markets by making it much easier, more efficient and transparent for the average person to invest, it is important to understand that it is a business.  Index providers invest in models and decision making apparatus and profit when people pay them to licence their proprietary weightings. It is BIG business… To understand HOW big, consider articles like this one, titled “Index providers rule the world, for now at least”.
That said, the use of an index to price a single asset such as bitcoin, in my opinion, is the wrong approach.  At a minimum it is over-engineering, and it is completely unnecessary in today’s market. It is easy to understand, however, how this happened.
When most of their products were being invented, the market for trading Bitcoin was quite murky.  It was dominated by Over the Counter (OTC) trading where prices were negotiated via Telegram, Skype or other bilateral methods.  Such sources are relatively opaque, are hard to trust individually, and reported prices with a lot of variance.
Complicating this picture, there are a variety of firms offering retail clients the ability to buy Bitcoin, but with opaque pricing that is often far from the actual price of the consolidated market.
This meant, in the past, that averaging was the best way to handle the wide price dispersion.  Today, however, most exchanges who trade Bitcoin are quite transparent, with real time, executable quote feeds.
Sure, some overseas exchanges, as has been widely reported,have fake volume or fictitious quotes, but many markets, particularly those that are regulated as Money Transmitters (MTLs), Money Service Businesses (MSBs) or as a Trust Company in the U.S., accurately disseminate orders and trades on their feeds.
Despite the improvement in trading transparency, there are still many who believe that it is hard to calculate an accurate price for Bitcoin.  As a result, the “common knowledge” is that there is a need for index providers to somehow weight the reported trades or quotes in order to calculate a price, or, in some cases, use  reported quotes from market makers.
At CoinRoutes, we dispute this notion, and have two different methods to calculate the price of bitcoin: The CoinRoutes RealPrice ™ and CoinRoutes Consolidated Best Bid and Offer (CBBO).
CoinRoutes RealPrice ™, is a patent pending benchmark price which shows the price to buy or sell defined quantities of Bitcoin, including fees, on a set of exchanges determined by rules.
The standard version of the product uses retail fees as published by exchanges, but it can be configured by individual customers with their own fees as well. One use of RealPrice, is particularly important to consider by the SEC, when they decide on whether to approve a Bitcoin ETF.
With RealPrice, CoinRoutes can provide a real-time cost to buy or sell several million dollars of Bitcoin, inclusive of the fees charged by the exchanges. (The average “creation unit” or “redemption unit” for an ETF is around $3 million; This amount represents how much authorized participants would have to buy or sell to create or redeem units of the ETF, and therefore should represent the upper and lower bound of the ETF’s price).
To illustrate, as of the time I was writing this note, the RealPrice Ask for $3 Million of Bitcoin was 11,444 while the RealPrice Bid for the same $3 million is 11,347. That represents a bid offer spread of 0.86%, which compares quite favorably to the cost of buying entire baskets underlying many approved ETFs.
CoinRoutes CBBO is our patent pending technology for displaying a consolidated quote without fees, but with the ability to filter that quote based on selected exchanges and by size of quotes.  It enables our clients to exclude, as one example, quotes for less than 1 Bitcoin in order to ensure that the quote has meaning.
To show the value of this feature, consider the following two piecharts created from the CBBO.  The one on the left shows the amount of time that the market was crossed today for an unfiltered quote and the one on the right shows the quote filtered at 1 BTC. You can see that instead of being “crossed” (meaning the bid is higher than the offer) 97.4% of the time, it was only crossed 71% of the time for the day.

It is interesting that people have suggested the fact that the market is often crossed is somehow “proof” of the need for an index.  I do not agree with that assessment for two reasons. First, fees are factored into the calculation, the market is very rarely crossed anymore.  Second, and most important, these prices are all executable, so they accurately reflect where Bitcoin could be bought or sold. Using an index to obscure that fact does not make it any less true.
To conclude, we believe that utilizing an index, which, by its very nature, introduces arbitrary weightings of the markets whose prices it includes, renders the market for Bitcoin more opaque than it needs to be.  Considering that the goal of this type of product should be to increase transparency, we think it is the wrong direction.
Instead, we favor using consolidated quote data, either with or without fees as the basis for determining the price of Bitcoin or other crypto assets.  This has the additional benefit of providing accurate estimations of the cost of trading for Trading Cost Analysis (TCA) applications, which will help investors measure “Best Execution.”

Mind your Satoshis & your Bitcoin will be Worth Much More…