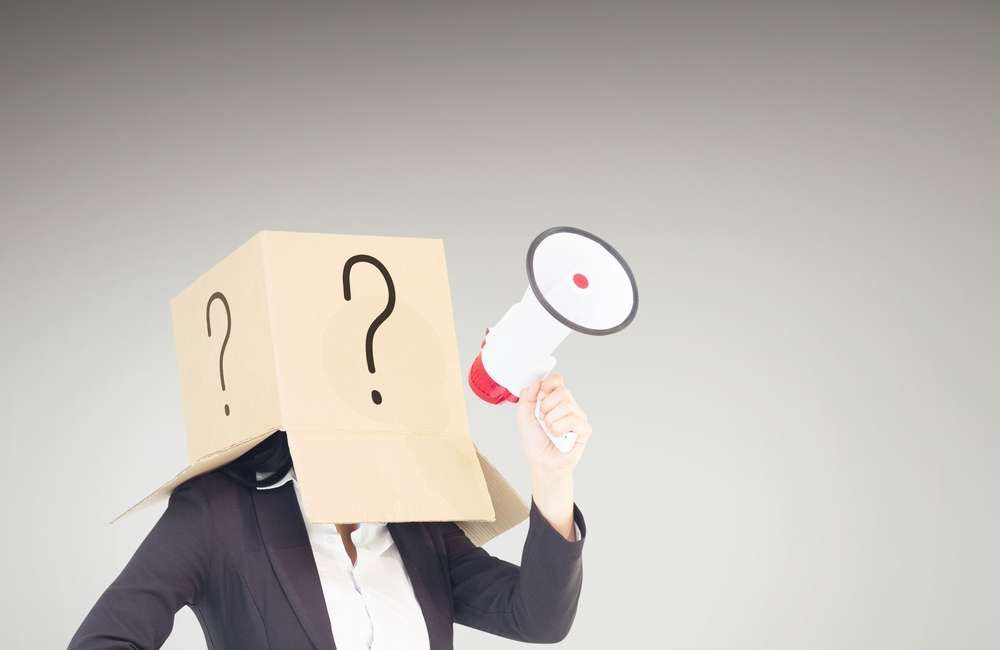 One of the big debates in the Genesis DAO started by DAOstack was the question of anonymity. Should people be able to make proposals and ask for budgets without providing a real identity?

I host a weekly call on all things dGov. In this blog series I state my opinion on the topic at hand. You can also watch the video with everyone's opinion below.

Part of the problem was a structural problem with DAOstack at the time: there was no escrow system. You could allocate funds to a project, but you could not hold the funds until the project was complete. In other words, everyone was paid up front for their project as soon as the group approved it.

Another aspect of the problem was human: we all feel a little weird chatting with someone faceless. On the discussion boards, one person could potentially have multiple pseudonyms. If we were discussing something controversial, it would be fairly easy for someone to pretend to be multiple people arguing for or against the proposal. It was also fairly easy to troll the system anonymously. It wasn’t as easy to game the voting, though it was certainly possible.

The example of the Genesis DAO was somewhat trivial, because it was a small number of people who actually did know one another. None of the anonymous people seriously asked for budget (though there was an anonymous troll). The amounts of money in question weren’t huge, and it was a small enough community that everyone pretty much knew one another.

In real life, identity is fundamental to democracy. It amazes me how many people cherish their anonymity so much that this is under debate. Our weekly chat about anonymity was wide-ranging, and as usual, we came to the conclusion that “it depends.”

Does It Really Depend?

Personally, I think it doesn’t depend on the situation. At almost all stages of governance, you need to know some information about the person. You almost never need to know their actual name, but you almost always need to know, at a minimum, whether they have the right to influence a particular situation.

My minimum viable values statement about governance is: If the decision will impact you, you should have the ability to influence the decision. How much influence you should have is a different question. For example, if you are not an expert on hydroelectric dams, maybe you don’t get to decide where to build the dam. However, if you live near the river, your perspective should be taken into account.

This isn’t the way democracy runs today. Corporations make decisions that impact their workers, customers and the environment with no regard for their opinions. Governments determine foreign policy without having any responsibility for the citizens of foreign countries who will be impacted by those policies. Lawmakers in one state make laws that influence neighboring states. We call that democracy. I digress, but it’s important. We are completely normalized to a situation in which, as long as we feel fairly treated inside our organization, the external people’s feelings are irrelevant to what we call fair process.

What’s in a Name?

Throughout most of the decision-making process, therefore, full anonymity is not appropriate. Knowing people’s name isn’t particularly important, but in each stage of the process, some identifying information is helpful to democracy.

In discussions and sentiment signaling, you need to know a person’s affiliation and expertise. Are they a resident? Do they work for the solar panel company? Are they an expert in urban planning? Is the electric company going to make a bid to buy up their land if this project is approved? Did they educate themselves and read multiple perspectives on the issue at hand? In the best of cases, you would also show an indicator of their reputation in the domains being discussed.

In problem definition, you need to know the person’s sentiment and perspective on the issue as well as something about their cognitive abilities. Are they good at detail or systems-wide analysis? Can they integrate multiple perspectives and listen well to others? Does the makeup of the problem-definition team appropriately represent enough different perspectives on the problem? Are they good at asking deeper questions, or do you use a highly-facilitated problem-definition process?

For proposal-making, while it is often optimal to let everyone propose ideas, it’s equally important to have the right experts in the room. Is this person an electrician or architect? Have they done other successful projects in this specific area? Again, the best ideas might come from someone who doesn’t have the proper background, but the process of solidifying the proposal needs to be grounded in reality.

For voting you need to know that this is the individual they said they were, and that they are voting in accordance with the rules of the voting system.

For execution of the decision, you need to know the qualifications of the people carrying out the work.

For accountability, oversight and assessment of the process, you need to know the qualifications and the vested interests of the people.

Finally, for glassblowing, you need some level of anonymity but you may also need verifiability of evidence. Throughout the entire process, there needs to be some mechanism for people to give feedback safely when their own self-interest might be endangered. Scientists at a chemical company are the best qualified to expose if there might be unpublished side-effects to some new product. If there are good enough privacy and anonymity controls, such information could be leaked more transparently while verifying the reliability of the sources.

Collapse is Not Necessary

I think we've collapsed the technical problems of data privacy with the practical or desirable outcomes.

Identifying yourself by your name is the easiest way for people to eliminate anonymity, but it exposes more information than is necessary. I think that most of the debate over anonymity is due to the fact that we haven’t found creative ways to de-couple someone’s actual name from other attributes about them.

Technically, it would be possible to create a system where someone has a different name to different people. I would look at all of Alice’s posts and develop an opinion of her. You might be looking at Andrea’s posts -- not knowing that Andrea and Alice were actually the same person, but anonymized so that when we met this person in real life, let’s say it’s really Alexa, we wouldn’t be able to attribute that information to her unless she wanted us to. She might appear differently on different forums, because she’s more of an expert in oceanography than in architecture.  That’s an extreme implementation, but it’s just one example of how technology can be used to provide us the information we need to form opinions online without compromising someone’s identity.

As soon as we recognize that we can develop solutions for allowing different levels of participation and providing the data we need without exposing something sensitive, we can start to have a conversation about the need for anonymity in specific situations.

I hope you watch and enjoy our weekly dGov talk about anonymity and democracy. Most people don’t agree with me on the call! Feel free to join us. We have new topics every week, and the call is open to all.