DevOps, the term seems a buzz word for many from the last few years, but this buzzword is the most searched term on the internet by IT recruiters, software firms, and agencies. When it comes to DevOps, the pro enthusiasts argue saying it is never about the tools or automation, but they miss to see that, in fact, tools are the ones that take over the culture ones the DevOps culture is set in any firm. We all agree DevOps is not only about the tools, nor even an individual role, perhaps, it should be a group effort, DevOps is a trinity of people, process and tools. But to enable DevOps, in any organization, DevOps tools play a vital role.

Today we will see 8 such DevOps automation tools that every firm would require for continuous improvement.

Kubernetes, the de-facto container orchestration platform, and the popular open-source platform began its life within Google as a project and then Google open sources Kubernetes in 2014. Kubernetes is used for the management of applications built out of multiple, largely self-contained runtimes called containers, which are lately replacing the VMs and becoming the standard model to ship applications.

In Kubernetes, there is a master node and multiple worker nodes, each worker node can handle multiple pods. Pods are a bunch of containers that are clustered together as a working unit. Developers can start designing/creating applications using pods. Once the pods are ready, the next step is to specify pod definitions to the master node, and how many we want to deploy. From this point, Kubernetes takes control over. It takes the pods and deploys them to the worker nods as per the specifications. Whenever if any worker node goes down, Kubernetes starts new pods on a functioning worker node automatically. This is how Kubernetes makes the process of managing containerized applications easy and simple. It makes it effortless to build and add more features and improve the application to attain higher customer satisfaction strategically.

Rancher is basically a container management platform to easily deploy containerized environment that includes full distributions of Kubernetes, Apache Mesos, and Docker Swarm and makes it simple to operate container clusters on any cloud or infrastructure platform. Rancher 2.0 is a multi-cluster management tool for administering Kubernetes clusters. It is a user interface for teams that use Kubernetes for more efficiency. If you desire advanced high-availability and more platform reliability, you are probably working with clusters. Clusters help you combine servers into a single, easy to handle, collection of computation power, and often go hand in hand with the containerization approach.

This can all be tricky for developers to manage on their own. Luckily, there is Rancher that helps the simplification of container management on clusters. Rancher Labs only orchestrates Kubernetes as of early 2018.

As organizations evolve, both the number of technologies, tools, and the number of people managing these tools tend to grow enormously, often leading to a lot of chaos inside the firm that increases confusing complexity and fragmentation in the tech stack. A fragmented and not so well organized continuous delivery process may work at a smaller scale in smaller companies, but it becomes increasingly challenging to maintain and understand when things start to grow in the company. It can take a long time for new engineers to understand, discover, and sort through all the tools and processes required to deploy even the simplest of changes.

Spinnaker was created by Netflix to address this issue only. It is a generalizable and extensible tool that has the capability of providing users with the building blocks to develop tailor-made continuous delivery pipelines and scale efficiently.

Spinnaker is regarded as a desired continuous delivery tool by many modern software companies as it helps developers to be intentional about how they ship software by granting visibility & control into their software delivery process.

Most of the developers go out on the internet in a random fashion and fetch the dependencies from external repositories. This affects the communication between the development teams severely, and we won't be able to track what kind of packages or versions are brought into the environments. Artifactory is a binary repository manager, a place where you can store all your binaries. It is similar to the GIT for binaries. The main goal of artifactory as a DevOps tool is to help manage third party artifacts giving the ability for continuous integration, continuous delivery, and continuous deployment helping organizations to achieve DevOps.

Let's dive a little more, a universal Artifact Repository Manager that is used by most of the fortune 500 companies like Google, Amazon, Cisco, etc is a tool that supports all software packages, no matter what language they are written with or which tool they were created with. Artifactory provides an automated end-to-end solution for tracking development and production artifacts in a single pane of glass that helps DevOps teams to collaborate, promote artifacts to the next stage, and automate tasks effortlessly.

Artifactory gives a DevOps team all the necessary tools to efficiently handle an ever-growing pattern of binaries, environments, and geographically distributed sites to ensure a smooth application development workflow. Artifactory removes the need to create different copies of the same file that takes most of the developers' time. Only a single copy of any binary is ever stored on the file system, and this reduces chaos and disturbance within and across teams.

Why should you use the artifact repository?

While the main goal is to have a neat and secure way to manage third-party dependencies, it is incredibly powerful to store the artifacts produced by the team to tag, version, and release them appropriately with complete clarity on what is being bundled.

Linkerd is an open-source, lightweight Service Mesh developed by Buoyant mainly for Kubernetes. It is used in production by many big and successful companies such as PayPal, Expedia, etc. It adds reliability, security, and visibility to Cloud-Native applications. Linkerd became the first and original “service mesh” since its inventor Buoyant first coined this term in 2016.

The main functionality of Linkerd is, it provides observability for all Microservices running in the cluster, the way they communicate with each other, and other minute aspects without requiring any code change in Microservices.

A service mesh is a dedicated infrastructure layer that is fundamentally made to control, manage, and establish service-to-service communication and allow separate parts of an application to communicate with each other making the microservices work effectively. Service meshes are typically used in cloud-native applications, containers, and microservices to package images and ship software at speed and with quality.

Linkerd provides features like visibility, reliability, and security to the SRE teams at the platform layer rather than the application layer. Linkerd gets you the top-line service metrics.

Helm is a tool that is introduced to help Kubernetes architects in streamlining the installation and management of Kubernetes applications with ease.

Helm uses a simple packaging format called charts. A chart is a group of files that describe a related set of Kubernetes resources available. A single chart can be used to deploy something simple.

In terms of architecture in-depth, Helm has two sides, there is a client-side, which is the Helm command-line tool, that we call helm CLI, and there is one more side called a service side, which is called Tiller. The helm CLI is what you execute and run in your local command-line environment on your local machine. It uses a templating engine to generate easy to understand Kubernetes YAML from some source templates that you set up in Helm.

Once the YAML is generated, it then sends those requests to the Tiller that’s running on your Kubernetes cluster. The next step is, Tiller executes updates inside your Kubernetes cluster to make sure it is up to date with what you needed based on the chart, and the tiller will make sure that gets released and will be added to the helm history so that you can rollback to it in the future whenever you would like to. BTW, Helm v3 has been released, and in the features set, Tiller has been removed for all the Tiller haters.

Know more about the recent release on their official blog, Helm 3.0.0 has been released.

The Sumo Logic platform helps companies make data-driven decisions with analytical and predictive analysis and reduce the time to investigate security and operational issues so you can free up resources for more critical activities depending on the priority.

Sumo Logic takes a firm's machine-generated data feeds and transforms that into an easy dashboard that includes actionable insights in the form of easy-to-understand charts, tables, and other visual elements. Many companies around the globe rely on Sumo Logic for the analytics to build, run, and secure their modern applications and cloud infrastructures, and this makes Sumo Logic an essential DevOps piece in the industry.

Sumo Logic predictive analysis is so capable that it can predict abnormal behaviors and KPI violations before they occur and affect your customers and send you warnings to correct them. This improves the dev and ops efficiency and also assists the remediation of all issues.

A continuous flow of instant messages, feedbacks & and knowledge sharing between the team members is all that matters. When it comes to DevOps, fluid flow of information, the real-time interaction, and the high collaboration take the top priority. Don't you think Slack is precisely made for this? The financial company - Capital One considers Slack as its most important tool when it comes to DevOps. Capital One deployed Slack in mid-2016, and it quickly became the preferred tool for the IT department, embracing agile software development and DevOps principles that require close collaboration between software developers and product managers.

These days, you can automate a lot of manual & repetitive developer tasks from Slack itself, and even notifications make it easy to see what's happening in real-time. While many big companies still figuring out a way/tool for team-centric productivity, Slack has done a tremendous job in this regard.

Looking at the improvements these tools/platforms are making over time, it seems like they have created their own fan base, and the software powered firms are looking forward to seeing what new these tools bring in to support their user base in 2020. 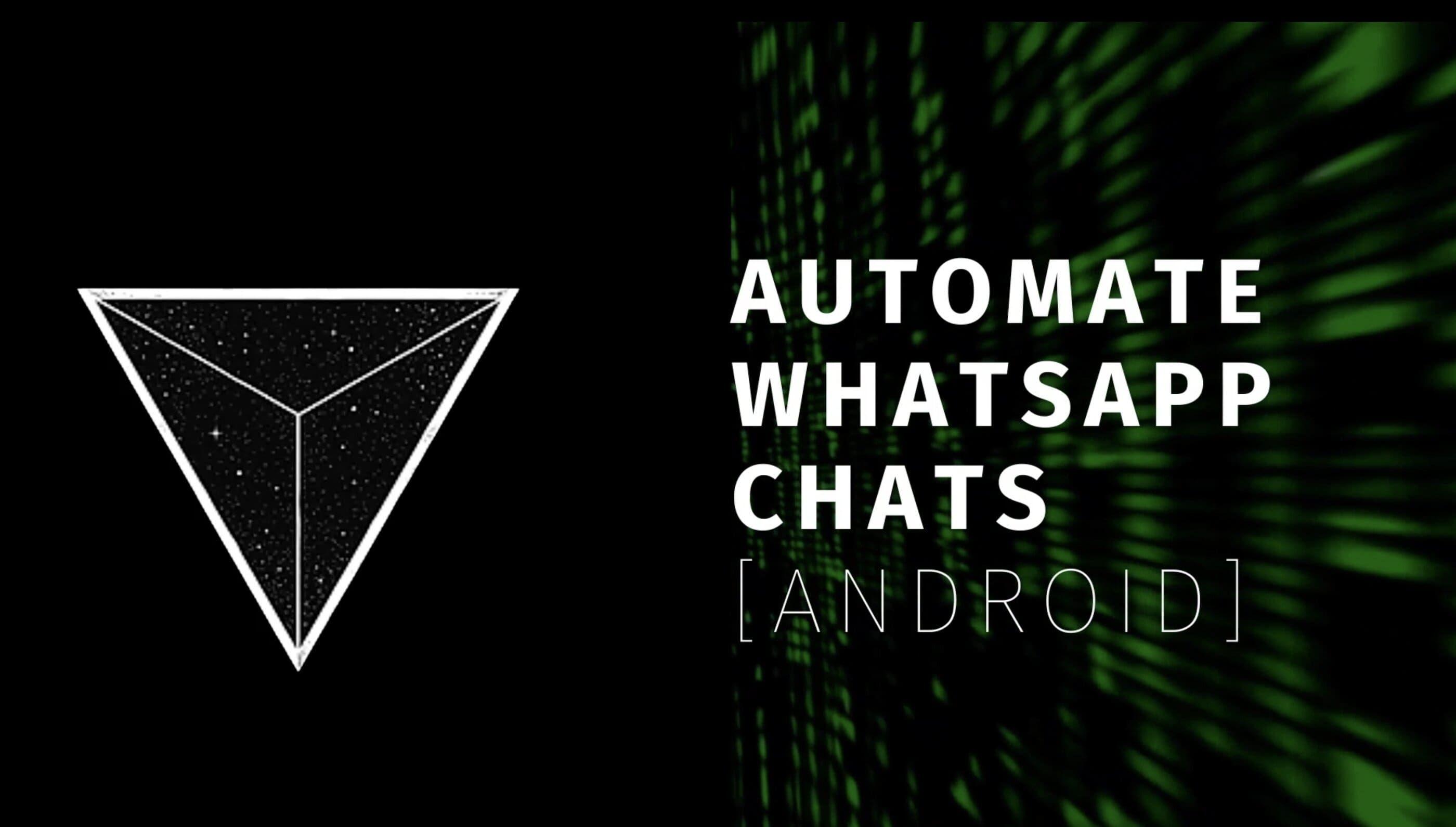