Despite the overload, emails are here to stay 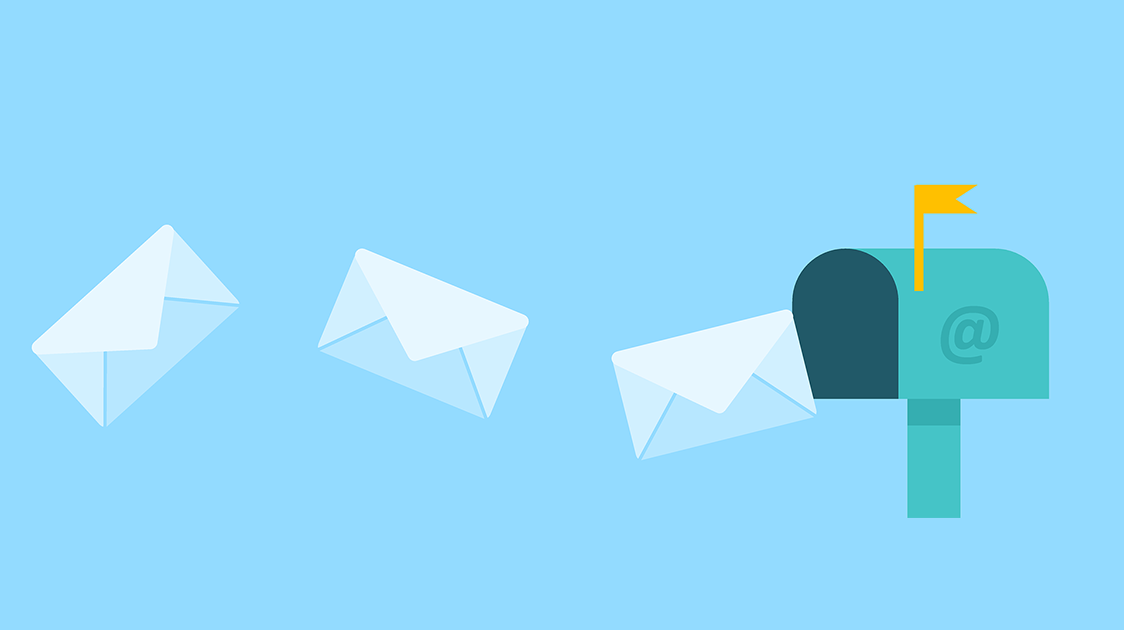 Are emails still worth it? Do they live up their hype? Now that we reached 2018, some could think email has done its time: riddled by spams and unsavory practices, the medium might have lost any remaining utility.

Appearances are misleading and email is yet another support to demonstrates the accuracy of the adage. We’ll dive deeper into the data below, but before let’s approach the issue from a higher-level perspective.

AN OLD YET STILL UBIQUITOUS KING

Despite his old age, email is still very much alive. Doubtful? Please answer these two questions for me:

I’m not a big user nor fan of emails, yet I frequently check 6 different email accounts (three personal accounts, one for spammy services such as e-e-commerce websites, one for serious services, one for humans; and three professional accounts) easily totalizing over 30 incoming messages daily despite a very selective methodology enforced to clean them.

From what I’ve heard discussing with friends and colleagues, I would say I’m in the low-range of the spectrum: I have plenty of colleagues that would make the numbers I gave you above look tiny. What about you?

Now that our introspective moment has passed let’s take this a step higher and have a cold look at the data.

First, let’s have a look at the high-level usage metrics to get an idea of the size of the beast:

All right, that’s plenty! However, people don’t read their emails anymore, right? They receive too many to process them! Although an office worker receives on average 121 emails per day, we observe:

The crazy part about all of this is realizing that people do read and respond to their email indeed everywhere:

Click here to check the source of the data presented before, or if you would like to dive deeper.

So far, we’ve looked at our usage of emails as well as the protocol-level usage of it. Now you might ask yourself: where is this long-lasting dominance coming from?

Before we explore some potential explanations for the email homerun, let’s remind ourselves something fundamental yet quite often overlooked: email is still prevalent today because nobody came up with something better yet. Strangely enough, the famous quote from Churchill about democracy works quite well with email too:

Email [democracy] is the worst form of communication [government], except for all the others.

THE SOURCES OF THE LONG-LASTING DOMINATION OF EMAILS

So, how to explain the spread between email dominance and the image of a dying medium? How can the reality be so far apart from what we expect?

I see two main factors contributing to the spread:

THE EVER EVOLVING EMAIL ECOSYSTEM

Thousands of tools (software and services) have been developed over the email protocol, providing all kinds of services including:

Finding data covering only email-related services is hard. The marketing automation industry is much bigger than just emails, but it can give us an overall sense of the dynamic of the email industry:

Despite all the new technologies emerging since the inception of emails, such as Social Media, Search and others, the email is still king — it’s the most used marketing technology:

WHEN NEW TECHS MAKE THE OLD ONES EVOLVE

It’s a bit mind-blowing when you think about it this way: shiny new tech, such as Artificial Intelligence or Natural Language Processing is used to make a 50 years old technology more efficient. Some might say it would be better to scrape the old tech altogether, and they’re probably right, except for one thing: how develop a communication technology better than one which already has 4.3 billion users?

Putting the numbers aside for a minute, consider how usual asking for an email has become when you register for a new service. Web services don’t ask for your Twitter handle, your messenger name or your Telegram: since the early days of the internet and nowadays still, they ask for your email address.

EMAILS AND SMS, A SIMILAR STORY?

As time goes by, technologies and their usages evolve. It’s doubtful that the creator of the email envisioned the current situation — the sheer domination of automated messages such as newsletters, or other automated emails coming from all the web services we use. He was probably projecting the vision of what he knew over it: good old regular (post) mails.

A similar scenario is unfolding with the SMS (=texts for our American readers). On the one hand, the P2P (Person to Person) SMS traffic is on the downtrend (Source: MMAGlobal).

On the other hand, A2P (Application to Person) SMS is booming:

The comparison between SMS and email is insightful, as both mediums are following a similar path: they started as a people to people medium and are now reaching their peak as a company to people medium. The change in their usage doesn’t make them any less prevalent, quite the opposite: machines tend to be more talkative than humans.

From what we’ve seen so far, we’re left with a flood of emails that aren’t going anywhere. Worse, it might keep increasing, so how to deal with it?

ALTERNATIVES ARE NOT CUTTING IT

Over the years, many different apps and services have been dubbed as email killers. Among them, Slack was probably the most prominent.

Indeed, Slack’s focus on the professional setting made it a prime target for the title of email killer. It was a compelling narrative every media could get behind, and they were quick to do it.

Back in 2014, The Verge was portraying Slack as the nail in the coffin for emails: Slack is killing email.

Despite its promotional purposes, the interview includes an interesting (and verified) insights from Stewart Butterfield, Slack’s founder:

Email has gotten worse over the last 10 years or so. Ten years ago, 50 to 60 percent of email was from another person, and now it’s 8 to 10 percent. The other 90 percent is from a machine.

Now, this is where it gets funny: have we heard from The Verge on the same topic since? We did, and it was very recently. It turns out four years were enough to overturn completely the previously established diagnostic:
Slack didn’t kill email — and it might have made it stronger

The author (Casey Newton) details common frustrations with Slack such as its immediate, always-on nature which eventually makes it even more demanding than emails it was supposed to kill. The synchronous essence of Slack concentrates the author’s criticism, but he’s interviewing the CEO of a company looking to build the “asynchronous Slack” so once again take it with a grain of salt.

The failure of a company currently valued at $5.1 billion to kill email is consequential. It demonstrates that replacing email is not a matter of raising enough money to do it: it has more to do with the mindset and approach used to unseat the king.

Vijith Assar in the NYMag sums up perfectly why Slack failed to kill the email:

That is, it will remain impossible to build a better communication system until the primary goal is actually communication itself. But, by and large, we don’t invest much in creating new open standards, specifications, and protocols around which entirely new classes of tools can be built — we’re too busy trying to sell apps! And at the end of the day, Slack is just another app.

The openness of the email protocol is what made it ubiquitous: anyone can host its server and become an email provider. Anyone can build services on top of it, without any restrictions. If an email replacement would ever arise, it won’t come from a private company looking to expand in new markets and establish a new (proprietary) communication standard.

It will be precisely the opposite: an open and welcoming protocol everybody can build on top of. Walled gardens are aesthetically pleasing, but at the end of the day, it’s not the best looking solution that becomes the standard but the most inclusive one. Wikipedia demonstrated the theory for knowledge sharing; now online communications are patiently waiting for their open and welcoming champion. Meanwhile, the email’s clock hasn’t even started ticking yet.

Originally published at gwapit.com on September 17, 2018. 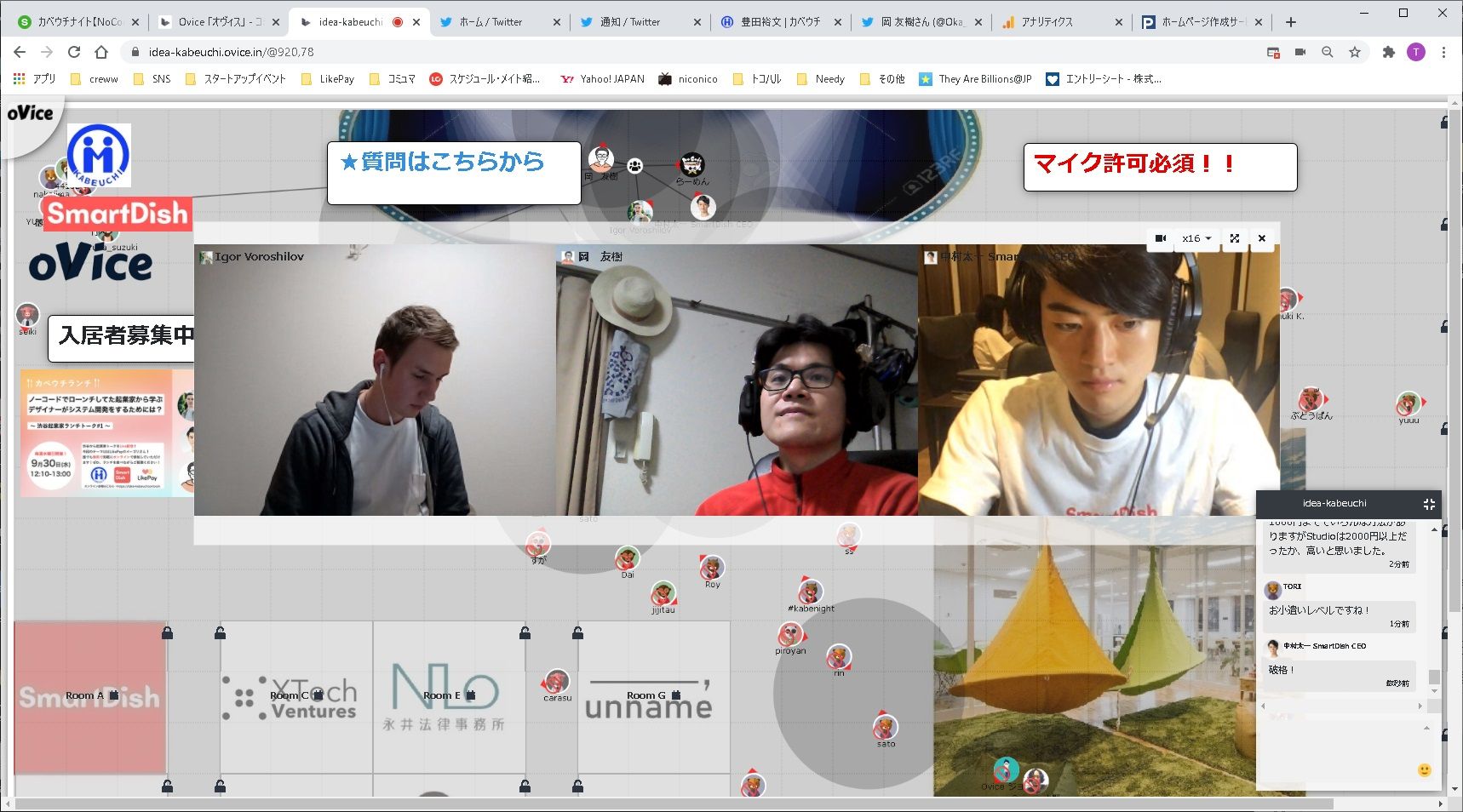