Demographics of the Gaming Industry: Reading Between the Lines 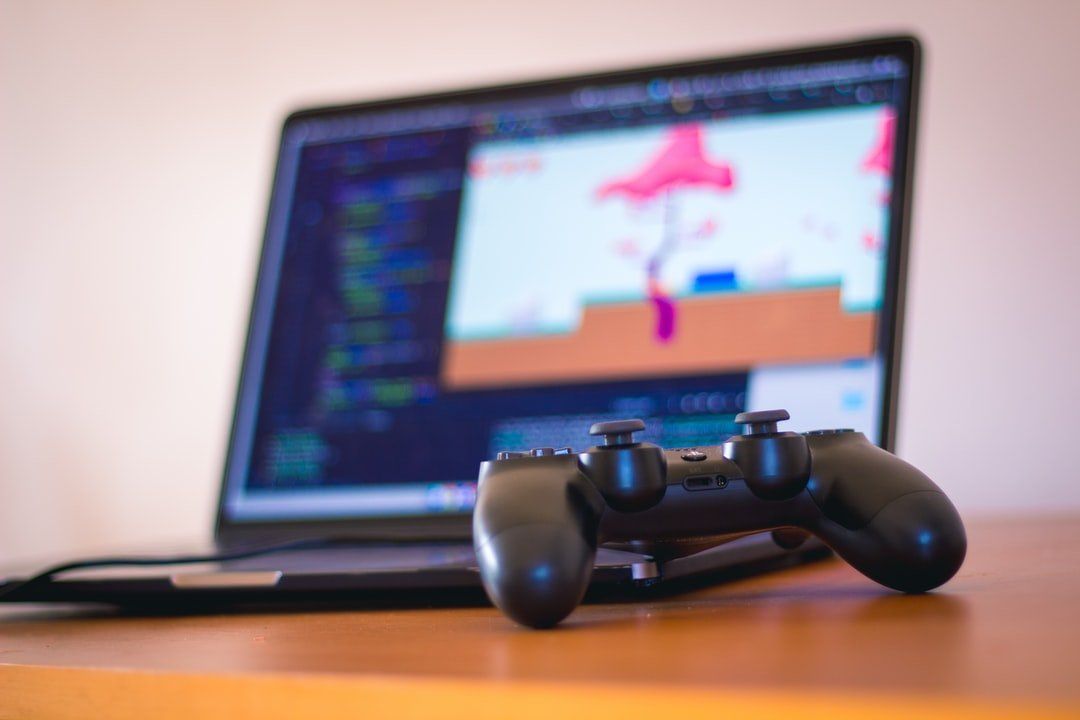 2020 was a great year for the gaming industry in its entirety. The launch of next-gen consoles through the end of the year was a significant contributor to the overall market growth. Isolated and deprived of habitual human interactions people naturally got engaged in digital spaces of all kinds turning games into an alternative form of socialization.

We saw a massive surge in the consumption of mobile games in the markets that were particularly affected by Covid. As per Newzoo’s Global Games Market 2020 report, emerging markets such as the Middle East, Asia Pacific, and Africa were the fastest-growing ecosystems.

Apart from mere relaxation, consumers experience mental stimulation and communicate with each other online. The audience gets wider and is no longer bound by age, gender, or other metrics. Families play the same games and that bridges the gaps between generations.

The next five years also look quite promising. According to the Mordor Intelligence report, the mobile gaming market is expected to grow at a CAGR of 12.6% within a period of 2012-2026. By 2025 the global gaming market is projected to reach $256.97 billion. Let’s take a look at the industry from a game development perspective: what exactly are we seeing within this dynamic.

There is difficulty in recruiting these days for many key roles. Developing companies need to fill the holes, and it takes a lot of time for talent acquisition to recruit the necessary talent. That capability — to attract the best talent quickly — whether it is a developer or an artist, is and will remain a major advantage in the market. As money flows into the industry, finding rare-breed talent is a primary task. Picture this: large game studios are under pressure to deliver high-quality content on a game-by-game basis. We must understand the requirements of the industry: people engaged in game dev have complex skill sets.

A lot of companies struggle to fill roles. There are several reasons for this. The lack of job longevity and stability provokes constant shifts in the industry, and time pressure is a cause of talent moving between 3-5 employers over several years. This challenge can be addressed by robust training for managers. Also, flexible hybrid working options and policies must be in place. Employees need community rather than a company, additionally,  feel its support.

A certain percentage of companies resort to full or partial outsourcing when it comes to 3D assets. As per External Development for the Video Game Industry report, 75% of companies use a mix of internal and external resources to create 3D environments. Web development and other engineering disciples are being increasingly outsourced. Rapid prototyping used to be mainly internal — 6% in 2019. In 2020, 23% relied on external services.

Expanding the demographics: focus on the shifts

Among the growing areas of gaming, hyper casuals seem to be gaining the most momentum within mobile gaming. They are easy to get into and out of, they don't require a lot of daily time and energy. Hyper casuals appeal to a wide demographic regardless of age. The thing about this category is it’s directly linked to today's fashion of fast consumption. People ingest huge volumes of information every day. In order to embrace this reality, consumers learned how to deal with it. In pre-internet times we were divers: we searched the information and took deep dives into the topics. Now we are surfers: riding on a sea of information at neck-breaking speed. Therefore, hyper casuals are a product of our time.

As far as gender is concerned, there's a dramatic shift. Globally women tend to spend more time playing a game than men. Moreover, an average player is trending to be female. 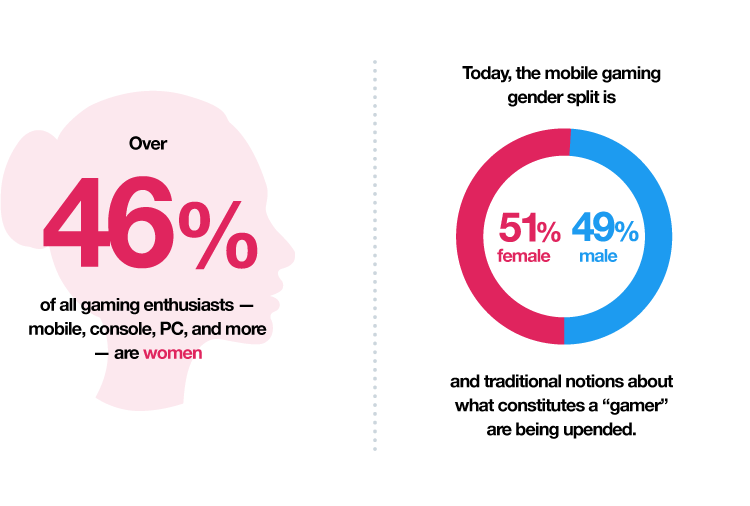 Interestingly enough, among females, in-game sessions are longer and more frequent, and the in-game spending percentage is higher for men. Previously underrepresented, this segment demands scrupulous analysis. Also, the audience grew bigger due to older generations having joined the club. The smartphone penetration along with technological advancements made it possible for older generations to choose between casinos, puzzles, or shooters. In this context, hyper casuals are games of choice thanks to easy gameplay and little time investment.

Engagement in social activity has increased: 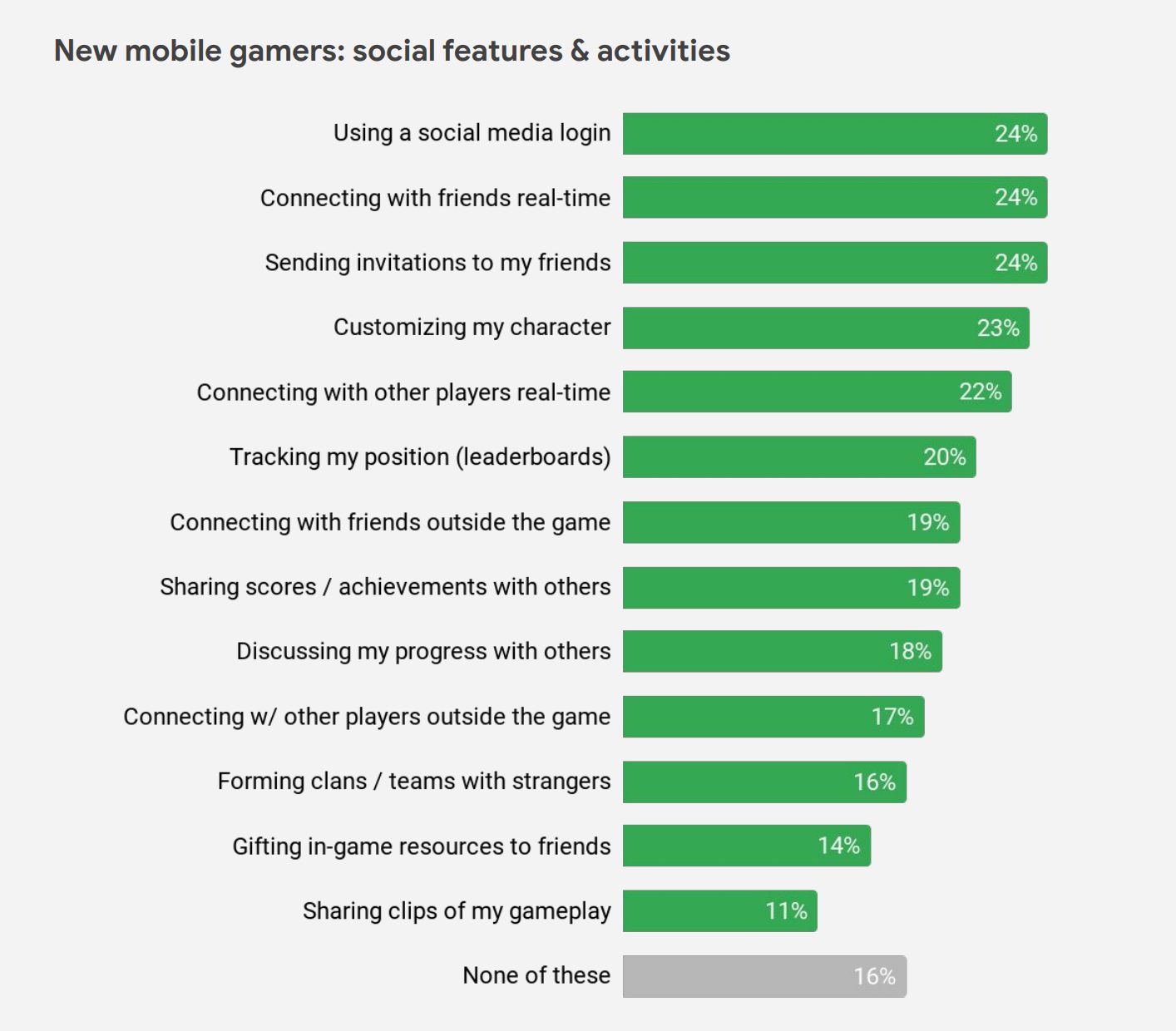 Source: Summary of insights across 10 markets by Google

Therefore, developers have an opportunity to build and strengthen their communities. Offering more activities and rewards is likely to boost player retention.

Given this expansion, the more we experiment with the mechanics and combine them, the more satisfying and engaging a game will be. In terms of monetization, this occurs via advertising, because the life cycle is short and in-app purchasing is less possible — not much content to buy. Rewarded videos are popular: as per Think With Google data, 34% of players watch these videos to get power-ups and boosters.  To make the most of them you must take care of UX/UI, make sure the reward value is high, and that the game mechanics are wired for those videos.

In the near future, we will witness a surge in M&A and consolidation. Developers and publishers expect growing demand in 3D and conceptual art as well as in external development. Content volumes will increase, and games will become richer.

Next-gen consoles will create new business models. Microsoft, Google, and Sony have already started work on their cloud gaming services. Also, hyper-casual games are going to sustain their steady growth and will continue to be the gateway for new market players.

We expect to see a surge in VR/AR and holographic gaming. Entertainment-wise we are waiting for a lot of interesting products. Recently Apple announced it has been working on its own VR glasses that will be released in 2022. And if Apple, a massive consumer brand, dives into something, it tends to have a good chance of success.

In this article Doug Dyer, VP of Gaming & Entertainment at Innovecs, discusses recent developments in the gaming industry and explains what they mean for publishers and developers.

Related Stories
Subject Matter
Book a Demo. Ship Fast. Rest Easy. LaunchDarkly. by @LaunchDarkly
#promoted
5 Steps You Should Take To Launch A Cool Game by @dougdyer
#gamedev
22 Video Games that Got Us Through the Pandemic by @Limarc
#video-games
Tutorial: Building A Hangman Game With React Hooks by @meenakshidhanani
#react-hook
Developing Finsterwald Amid a Pandemic: A Startup CEO in The Trenches by @swedeyburr
#vr-games
E3 Returning as Online Only Digital Event in 2021 by @wheeljack84
#e3
How To Integrate App Tracking Transparency with your iOS Unity Project by @cambytebrew
#unity