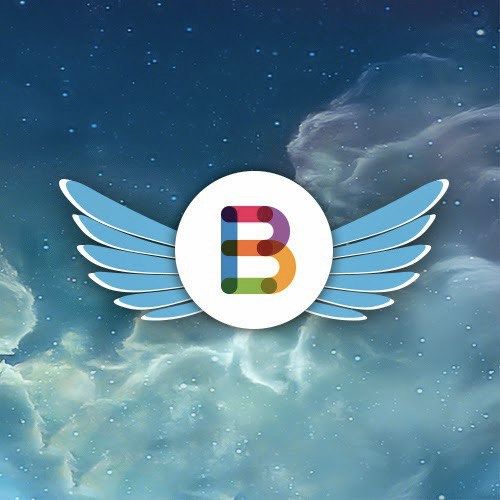 As Decentralized Finance continues to mature and establish footholds in global commerce, the time for its potential to deliver a user-first banking experience has arrived.

Some things can’t be explained by the reasons that cause them. That is not to say that the reasons are invalid, or to diminish them, it is just that some events, movements, developments — sometimes they are bigger than the causes we can identify for them. These things are amplified by circumstances, or amplify them, in a way that makes even the most sceptical among us think that, perhaps, it could never have been any other way.

One of these things is happening right now in digital finance. Consider, for some background, what is happening financially in the world. While we are witnessing historical and not fully calculable damage being done to nearly all sectors of industry, we are also seeing unexplainable stock market booms and the wealthy getting much, much wealthier. A new reality, and the uncertainty it has ushered in, has changed the playing field, seemingly stacking the deck against regular people. But while old paths are being closed down, new ones are opening up.

Despite all the scepticism that they have been met with, digital currencies are here to stay. They had proven their staying power before Covid, but the pandemic, by forcing everyone to approach things a bit more creatively, has underlined just how significant this technology is going to be moving forward. With governments doing everything they can to prop up their economies, crypto has quietly been running laps around other traditional assets. While the influx of people into crypto is partly due to wavering faith in the strength of traditional economies and fiat currencies, what is happening currently is something beyond that.

2020 thus far has been the year of Decentralized Finance, or DeFi. People are not so much putting their faith in crypto now because they have finally come around to the idea of it replacing fiat permanently, rather, there is something else drawing them in, namely, opportunity. The DeFi industry has flourished, establishing an infrastructure capable of supporting a complex economy, and done so almost miraculously at a time when the world needed it most.

There have been numerous attempts to start crypto banks that operate off of Bitcoin, but due to the coin’s volatility, they were unable to achieve long-term stability. However, the prospects for crypto banking have changed drastically with the creation and subsequent widespread usage of the stable coins operating on the Ethereum network. By virtue of their fiat and material asset backing and the way Ethereum tokens can be pegged to other cryptocurrencies, these tokens and their network have turned into a fertile developing ground for the industry.

Now, the possibilities that people have been talking about since the dawn of cryptocurrency — that it would restructure financial activity in a more egalitarian fashion for those willing to take part, that it could lead to individual economic sovereignty, etc. — are finally starting to be realized on a large scale. The market has matured enough that it can support a robust banking structure, which, once it is fully deployed, stands to be a complete game changer.

The sector of DeFi that is most primed to take off is crypto banking, and specifically lending. Now that enough has been built up in the DeFi ecosystem, and we are at the point where decentralized banking can be reliably engaged in, a number of new opportunities are popping up for users. None of them is perhaps as exciting as crypto lending with all that it brings to the table.

Crypto lending works in a similar way to that traditional lending with banks and financial institutions. However, in crypto lending the framework is completely different. When you borrow from a traditional institution you do so with your identity as a citizen of a certain state which has protocols in place to ensure that you will pay your debt. In crypto this is not the case, so collateral is fundamentally different. The framework for crypto lending is provided by a blockchain with borrowers taking out loans in crypto or securing their loans with crypto. That difference, simple as it may seem, opens the door to numerous advantages.

The primary advantage is that, with the way value fluctuates in the crypto space, responsible lending and borrowing can be used as a technique to increase liquidity and turn a profit. The way this works is simple. Let’s say you want USD. Rather than going to a bank and taking out a loan by paying a fraction of the sum and agreeing to pay the rest back with interest, with crypto lending you can use your crypto as the collateral while still getting a loan in fiat. This is significant because, should the value of the crypto used as collateral increase, it can then be used to pay off your loan.

Another advantage that people have found in crypto lending has to do with taxes. Whenever you sell crypto for a profit you have to pay a capital gains tax on it. With crypto lending however, at the moment users can receive fiat for their crypto without having to initiate what is legally considered a taxable sales event. This loophole, of course, is dependent upon national laws and I am not an expert on taxes, so you should research the situation in your own country before trying to take advantage of it.

But this is just the tip of the iceberg. If crypto lending becomes available in an easy and understandable format, it could really give investing in and trading crypto an edge over other longstanding forms of economic activity, which will strengthen the industry and speed development.

Plus, as we touched on before, what is happening now is big, like, lightning in a bottle big. People are coming around to digital finance and, what’s more, governments are coming around to it as well. Just a couple of weeks ago the Bahamas became the first country to officially launch a CBDC, or central bank digital currency. But the island country is hardly the only one interested. The countries with the two biggest economies in the world, the US and China, have been looking into developing their own fiat-backed stable coins. As it stands now China’s launch seems imminent, and, perhaps because of that, the US has become more serious in its approach. Should these and other CBDCs launch, digital banking platforms would take upon an elevated significance in global commerce as arguably they could have more functionality than traditional banks.

This is all not to say that there are no issues currently with decentralized banking and crypto lending. There are. And the most pressing one is a problem that plagues crypto from the top to the bottom, namely, its complexity. The crypto lending platforms that are out there right now ask too much of their users. For diehards navigating a sea of crypto and fiat transfers in order to secure a loan is par for the course, but for average users it’s not a sustainable model. There are some platforms out there that are trying to make things simple for their users but they have run into reputational issues with hidden fees and other problems that unfortunately have probably made potential users a bit more wary of getting involved.

New Projects Coming to the fore

The future seems bright, however. I reached out to Ivan Starinin, a crypto entrepreneur currently involved in decentralized banking, for his take on the situation. Starinin is very bullish on decentralized banking but acknowledges that it is currently far from perfect. To make things simple and natural for the user, that should be the goal according to Starinin: “That’s why my partner and I got together and started working on Cash with Wings, our upcoming, decentralized banking portal. Some time ago, Charlie Shrem described Bitcoin as ‘cash with wings,’ which we thought fitting but only conceptually. Up until recently, the technological advantages of cryptocurrency have yet to be realized on a massive scale. Crypto was cash with wings, but it couldn’t fly.”

What Cash with Wings and other new projects stand to do is to finally realize some of the potential in decentralized finance and make it tangible for everyone interested, not just specialists. Over the past month Starinin and his team have constructed a proof of concept for the platform which will do away with the loops and hurdles that people currently have to deal with if they want to engage in DeFi lending.

Instead of all the time and effort consuming transfers that users typically have to make, the platform is aiming to make the whole process possible in a couple of clicks. Users will pick what kind of loan they want, be provided a calculator to determine the size of their loan and then will get a coin address or QR code with which they can deposit BTC (not just wBTC, which is the case with most platforms today) from any BTC wallet, and everything will be taken care of automatically. You won’t even have to have an Ethereum wallet to use it, or to worry about Gas fees. Starinin is intent on showing people how easy it all can be, and encourages anyone with questions or doubts about the project to reach out to him on Twitter where he will be happy to explain everything.

Cash with Wings is still in its early stages but there are high hopes for it, just as there are high hopes for the DeFi industry as a whole, with all the progress that has been made. Decentralized banking has the unique ability to make real for many people the promise that’s been felt since Bitcoin was launched but not fully realized, and to open up avenues of economic growth at a time when the world sorely needs it. The key though, if this movement is going to create something new and not turn into merely an extension of traditional financial structures into digital space, is going to be sticking to our guns and creating platforms that enshrine the balance of power between users and facilitate participation.

Ivan Starinin has been an active entrepreneur in the crypto space since 2012. Over the course of his work he has raised over $6 million for startups that he has partnered with and co-founded, which include MarginCall — the fastest open source crypto exchange — and CoinOffering. Ivan is currently the CEO of Cash with Wings, a banking alternative powered by stablecoins that he also co-founded.