Decentralizing the Office Space: Distributed Workplace is a New Norm 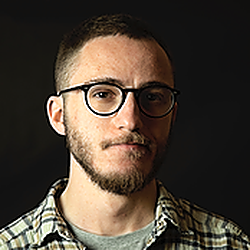 In recent years, remote working has become less of a concept and more of a reality. In lieu of traditional office space, full-time employees and freelancers alike are occupying home-offices, WeWork hot desks, and tables at their local life-source outlets (read: cafés selling coffee). Many progressive thinkers at the forefront of business forecasting, like Naval Ravikant, are professing that a digitally-facilitated, remote working environment is the next logical step for contemporary businesses looking to up their productivity output. However, is this just optimistic theorizing, or is there an actual basis for the distributed workplace to, well, work in the long-term?
When we think about it, working remotely isn’t exactly a radical idea. On closer inspection, it’s already being put into practice by progressive, big-name tech companies, like WordPress, duckduckgo, and Zapier, who operate with a mostly-if- not-completely distributed workforce. In fact, Automattic (the company behind WordPress) specifically built their business on the foundation of working remotely – they offer a $250-a-month remittance for employees to work at their own preferred locations and, last year, actually shut down their Bay Area office due to inactivity.
This is a rather telling instance of how, when provided with freedom of choice regarding where to work, employees are now taking the new way of working – remote working – over the established model. And, while it’s clear there was a cost-cutting element behind Automattic’s decision-making process, to say the final decision was purely based on saving money is too simplistic. After all, there are evidently real, impactful reasons for giving employees geographic freedom.
When thinking about how a distributed workplace is the logical next-step for modern working, it’s best to use current contractors and freelancers as an example. A vast number of contractors and freelancers are working purely remotely – The State of the Remote Job Marketplace report suggests that, in North America, there are more than 3.9 million remote workers. By using apps like Zoom or WebEx for robust real-time conversations, and text-based programs like Slack for general day-to-day messaging, communication with colleagues is fluid and easy.
With this in mind, it makes the norm of traipsing to a company office – either on a freelance or full-time basis – a rather archaic process. If full-time employees, freelancers, and contractors alike are happier living where they want to live as opposed to where they should live, and no matter if they’re working in sales, product development, marketing, or the finance department, wouldn’t their productivity increase by a staggering amount?
Data has shown that the answer to the above question is yes; remote working lends itself to a more sophisticated way of working, although some companies have yet to realize its inherent benefits. In SurePayroll’s extremely telling study concerning office-based productivity prohibitors, they found that 86% of their sample pool prefer to work alone in order to get into a good working rhythm, 61% of people attribute loud colleagues in the office as their main distraction, and 46% prefer communicating to colleagues through digital means (email, IM, text) anyway.
What’s interesting, however, is that 65% of respondents believe remote working would consequently increase their productivity, but only 19% are given the go-ahead by their employers to work away from the office. Employees actively want to work remotely, but aren’t always given the opportunity, even though findings from the same SurePayroll study suggest that “more than 2/3 of employers report increased productivity among their telecommuters.” As a result, the companies already facilitating a distributed workplace are benefiting massively, while those who aren’t are lagging behind.
The positives of distributed working don’t end there, either. With employees choosing freely where in the world they work and reside, the company itself can then also choose from a widened pool of talented candidates. As Eilon Reshef, the co-founder and CTO at Gong.io, says in this informative Forbes listicle:

“Instead of taking the mediocre candidate in your area, you can hire the superstar who lives on the other side of the country. Limiting yourself to hiring within your locality restricts you to a small talent pool.”

Adding to Reshef’s point, companies needn’t find candidates in their own country – they can search for talent across the globe. After all, all that’s needed is a shared language, a decent internet connection, and the personal drive to effectively manage time as a remote worker.
With the decentralization of the physical office space – a place that, now, ultimately constrains and restricts – the process of hiring talent is fundamentally changing for the better as well. The HR department (or, whoever is at the helm of recruiting new talent, which varies depending on business size, and especially with start-ups) will have to vet employees to a magnified degree, really analyzing CVs, portfolios, application tasks, and voice call interviews, seeing as a face-to-face meeting isn’t possible. This isn’t a negative, however – it’s exceedingly positive.
Prospective employees are assessed on their strengths in relation to a strong pool of other candidates across the globe, meaning that a candidate who will truly excel in the role is chosen. Perhaps the overall process will be longer, sure, but putting in that extra time equates to a correct hire. Employees win. The company wins. Everybody involved, therefore, wins.
With each passing day, we’re slowly witnessing the replacement of traditional workplace models with an innovative, fresher alternative: distributed workforces. And although the distributed workplace is, for the moment, not the norm, it’s only a matter of time until entirely remote workforces become standard. As Naval Ravikant says in this article from AngelList:

“We’re going to see an era of everyone employing remote tech workers, and it’s not too far away. In fact, now’s the time to prepare for it.”

Is your business switching to a remote team? Or are you already operating with a semi or fully distributed workforce? Tell me how remote working culture is changing your business in the comment section below.