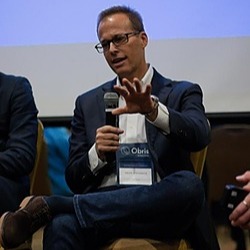 When I dove into the world of crypto and blockchain governance, one of the first projects to capture my attention was Dash.
This project was first onto the scene with a revolutionary new governance model that allowed a broad group of stakeholders to democratically participate in strategic decision-making for the company.
When in the world of business had that ever been successful before?
Today, a number of projects have followed Dash’s lead to implement their own variations of blockchain governance. Each with new innovations to increase the democratization and sustainability.
In order to move forward, it’s important to learn from the projects that have gone before. As such, I’m excited to share with you today an interview with Ryan Taylor, the CEO of Dash Core. To give Insiders insight into the successes and challenges faced by this remarkable project’s governance model.

1) Dash has a very unique governance model, which does not have a centralized management but instead invites key stakeholders in the project (masternode owners) to vote on the direction of the protocol. How did you decide on which project stakeholders should have a vote?

Masternode owners do not normally vote on individual protocol changes, though that is possible if contentious situations occur. In contrast, the governance model we selected determines the allocation of funding to various projects supporting the network.
Our hypothesis is that similar to a regular company, individual decisions are best handled by experts focused on their roles. It would be impossible as the project grows for every decision to be made by the approximately 5,000 masternodes.
Instead, individual decisions are made by the funded teams, and the masternodes hold those teams accountable to deliver by controlling the flow of funds.

2) How did you determine 1,000 Dash as the ideal threshold for masternodes?

If you have a high number of masternodes, it takes longer for messages to propagate the network, so you don’t want too many.
However, a low number of masternodes would be equally undesirable because the network would lack a high level of decentralization that is essential for a resilient network.
The 1,000 Dash collateral limited the number of possible masternodes to a reasonable sized network that could deliver high performance to users while still permitting a highly decentralized network.

3) How has masternode ownership evolved with fluctuations in the price of Dash?

Back in 2015 when the governance system first launched, the price of Dash was much lower than it is today. As a result, there were very few proposals to consider at that time, as few would fit into the allotted budget.
As the price increased, running a masternode became more profitable, but also requires more attention to evaluate proposals.

4) How many masternode operators do you have now in your project?

5) What are the key differences between Dash’s masternode governance and traditional corporate governance?

Traditional corporate governance is less frequent and less involved in the day-to-day decision making. Typically, corporations allow the assignment of directors on an annual basis at best, and perhaps are permitted to approve major corporate actions, such as a major acquisition.
In contrast, Dash masternode operators have a direct say every month into where the network’s resources are allocated. This adds tremendous accountability pressure to the many entities that serve the network if they desire to continue receiving funding.

6) What would you consider to be the most successful features of Dash’s masternode governance model?

Most cryptocurrencies depend on donations from large holders to continue development and operations.
This results in a coattail riding problem with many benefiting from the donations of a few, and also limits the set of projects that make economic sense for the benefactors to fund. Dash solves the coattail riding problem.
When a new project is funded, the new coins generated dilute all Dash holders equally. No one person or group is burdened with the cost. This means any project that benefits the network overall can easily obtain the necessary funding.

7) What are some of the main challenges that the project faces in its funding and governance structure?

Honestly, it works pretty well, so I personally have very few complaints. One of the complaints I did have is that it was a grant-only system. This meant that the network often has no ownership rights once a project is funded.
To address this issue, we created the Dash Investment Foundation, which can actually take ownership of equity in startups that the network funds.

8) As prices fell for crypto projects across the board in 2018, how well did Dash’s self-funded treasury system withstand this? Did you make any adjustments during that time to better face future price volatility?

9) Dash Core Group is a separate for-profit company that puts up proposals to the Dash network. Theoretically you are just one contender for Treasury funds. How many different groups do you now have competing for those funds?

To be clear, though Dash Core Group is structured as a for-profit company, we have no actual profit incentive and operate at roughly break-even.
All of the shares of DCG are owned by a trust, whose beneficiaries are all network participants.
Over the years, there have probably been well over 100 different entities that have posted proposals to the network, so it is a very competitive system.

10) How has the competition for proposals evolved in the past years, since the inception of the treasury?

Competition is definitely much higher today than it was in the beginning, not only in number, but in the increasing quality of the proposals and teams submitting to the network. In addition, the network itself grows smarter over time, learning what works and what doesn’t.
(Disclaimer: The Author is the Managing Director at CryptoLawInsider)

What Happens When Crypto traders’ Accounts Are Frozen because of a ...