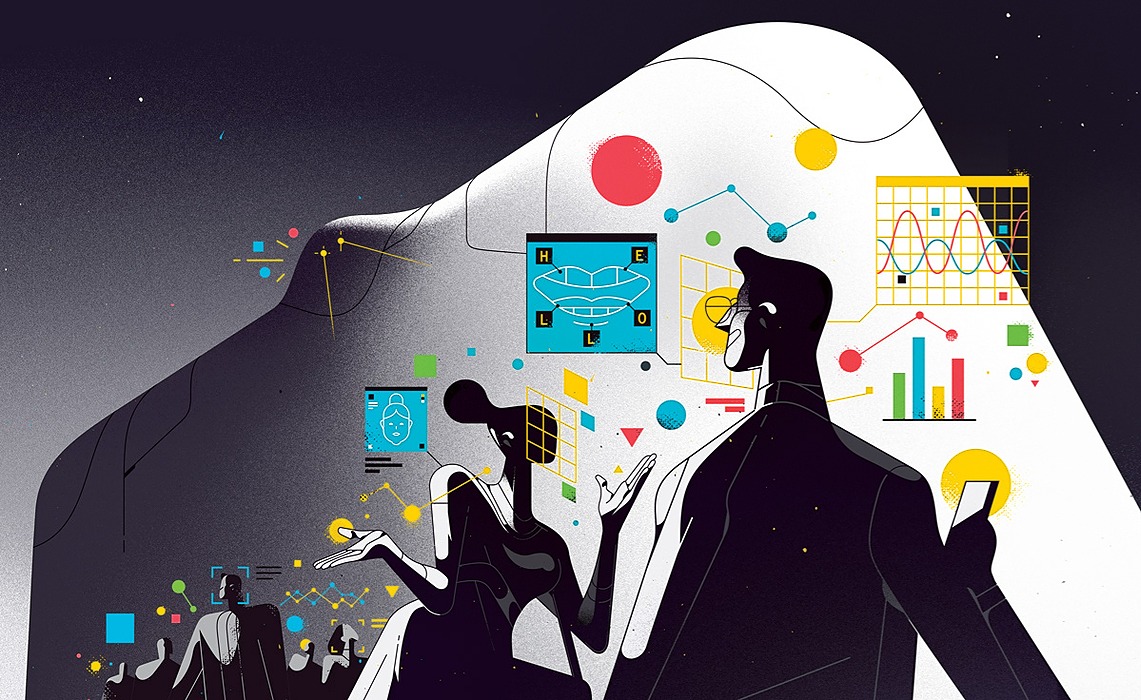 It is a well-known fact that blockchain is becoming more widespread; therefore, its daily life functions continue to increase. As part of the adaptation, many initiatives are taking essential steps for the use of cryptocurrencies in everyday life.

For instance, in the following link, there is a video on survival in Thailand by spending only Zcoin.

Throughout this video, people in the footage survive in Thailand by just using Zcoin. The team, who can use the cryptocurrency for almost everything in daily life, survives thanks to the cryptocurrencies.

In addition to this, there are some severe developments about adaptation like the increasing number of cryptocurrencies ATMs, the proliferation of stores accepting cryptocurrencies, and being prevalent of the countries that accept cryptocurrencies legally. Yet there is another issue I would like to draw your attention to something else in this article: dApps

Because cryptocurrencies continue to create space for themselves not only at the point of "spending money" but also in other areas like finance, wallet, games, gambling, social media, health, insurance, and hundreds of more.

Using this, we assure that the data and privacy of our users are entirely secured.

Decentralized applications are much safer since users' data are stored in decentralized nodes, not in a centralized repository. Besides that, users can act much more reliable while using and spending money on applications using the smart contracts which the blockchain has.

In brief, dApps stand out as platforms that are far superior to traditional apps.

Now, let's talk a little bit about decentralized dApps that are prominent on dApps platforms. 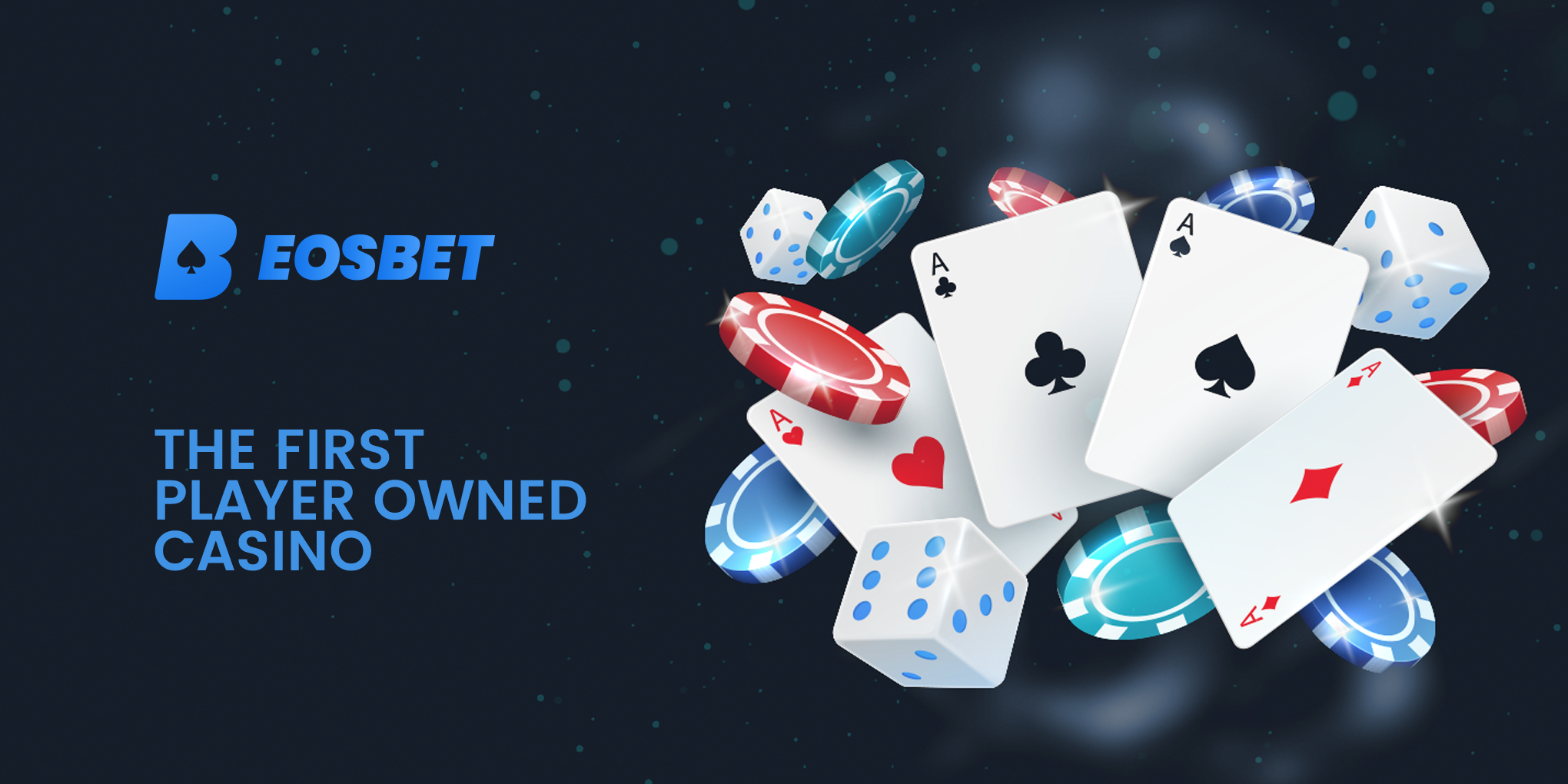 The first dApp to introduce you is a gambling project. The most significant factor in choosing this project is that it is listed in Binance DEX. We usually know that Binance is far from gambling tokens and casino culture. But as a result of its robust architecture and infrastructure, EOSBet seems to have found itself at BinanceDex.

The outstanding feature of the project is that it is decentralized. We know that decentralized exchanges and dApps are much more reliable because dApps do run on a blockchain and distributed computing systems. Hence the stored data are not vulnerable to failure compared to the centralized storage of big tech companies such as Facebook. The data security on a blockchain is ensured by cryptographic verification methods such as the Zero Knowledge Proof (ZKP) method.

The presence of user data in an entirely distributed ledger makes it impossible for anyone to access them. Therefore, any hacker, which means a third party, can not access, manipulate, and sell this information. Whole data within the decentralized blockchain provides the safest network, which makes it inaccessible.

Besides, the decentralized structure of casinos like EOSBet has another dazzling feature. And that is provably fair. For this purpose, casinos use the RNG (Random Number Generation) algorithm.

By making a bet, one sends a different and sequential bet_id kernel. This hash is signed with a key pair on the server. The contract recognizes the public key and confirms that this signature is correct. With the complexity of ECC, this signature will be unique and random. This is then used for a fair random number in a way that can be proved. All results can be verified via the blockchain.

Another feature of decentralized casinos is the Dividend awards they offer. These prizes can be earned by storing tokens of the platform. As a result of just getting the tokens of the platform, you can take the opportunity to have passive income. We have observed that the dividend awards are much more profitable than the PoS and Lending systems since some casinos can share dividend prizes of up to 10% per day.

We are all aware of how insecure platforms central exchanges are. The recent hacking of Binance's central exchange, Binance.com, is an apparent tragic incident in our minds. One of the significant reasons for the accident was that they were using centralized storage. That is, keeping user data in a single repository — a unique opportunity for hackers and scammers who know where to look.

The Newdex exchange has a prominent position between the platforms' so-called decentralized exchanges. They are mainly used for EOS blockchain operations. Many tokens in the EOS network can be exchanged through this exchange.

The exchange is not only available on the desktop but also available on many wallets as it is a dApps that can be used, and it is available on "Meet.One". First of all, Infinito Wallet and many other wallets, these decentralized exchanges provide a beneficial user experience. It is also possible to connect to the exchange with different wallet usage devices such as Scatter and to operate efficiently via this device.

Newdex has no access to the users' private key, and the users retain full control over their funds, which avoids the risk of asset-stolen, misappropriation of assets, and run-away of project party. It is adequately protecting the security of the user's assets. 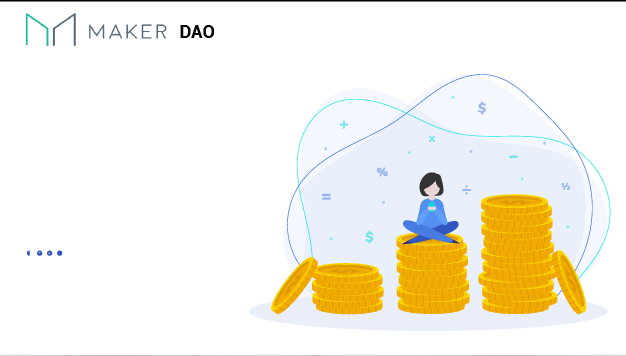 CDP stands for "Collateralized Debt Position." In the MakerDAO system, users can create CDPs and lock ether into them as collateral. Doing this permits users to generate Dai up to 2/3 of the value of the locked ether. The generated Dai serves as debt, and CDP owners can do anything they want with it. The collateral remains locked in MakerDAO's smart contracts until the CDP owner repays the debt (or liquidation occurs).

The MakerDAO Collateralized Debt Position (CDP) is a smart contract which runs on the Ethereum blockchain. It is a core component of the Dai Stablecoin System whose purpose is to create Dai in exchange for collateral, which holds in escrow until the borrowed Dai is returned.

CDPs alter the total supply of outstanding Dai, creating Dai when new assets are leveraged, and destroying existing Dai when it is repaid to the position. This cycle of controlled minting and burning allows the contract to account for the total supply of the stablecoin, thus proving that the portfolio of backing collateral can always be a guarantee for the value of circulating Dai.

The amount of collateral in a CDP is always set to be significantly higher than the amount of the debt so that stability seekers who wish to use Dai as a predictable store of value can be confident that 1 DAI is worth approximately 1 USD in underlying assets.

What are the weaknesses of Dapps?

1- Considering dAppss are open-source, they can pose a threat to hackers who know how to search. Open-source means that you can see all the weaknesses of the project transparently. This feature will not be a problem if you have solid software. Though it could become a target of hackers if you don't take the necessary precautions.

An example of this, which happened on the EOSPLAY platform, where a hacker stole a 30K EOS.

2- Unlike the apps we know, DApps have terrible interfaces. That's why they're not attractive to users. Still, this problem can be solved in the long term since the interfaces of applications based on blockchain are currently being tried to be kept at the simplest level. As the dAppss has a short history, many people think this problem could be solved in later times.

3- Currently, the number of people using DApps is limited since blockchain and what it brings is a reasonably new technology. dApps are often utilized in blockchain-based wallets and sites so that they don't have many users yet. Yet, the number of DApps users is increasing day by day. For now, they are not able to compete with the apps we know.

4- Fixing cracks or updating DApps is harsh, as every peer in the network has to update their node software.

5- They are difficult to construct as they use very confusing protocols to achieve consensus, and they have to be built to scale from the start itself.

Although dApps are relatively new technologies, they have already managed to become a favorite of users with their contributions to the ecosystem. Decentralization, transparency, and building blockchain infrastructure are some of these contributions. Technological developments bring about the emergence and emancipation of new consensus models. While dApps still have problems that should be solved in the long run, it is evident that they will be more successful than traditional apps. We are witnessing an enormous technological metamorphosis. If it can be adopted globally once, it will give rise to many new opportunities. Legal Disclaimer: This paper is for general guidance only, and it does not constitute legal investment advice. Disclosures: I'm not a part of any cryptocurrency or EOSBet, Newdex, or MakerDao. I have not been paid or otherwise hired by them too. All risks are your responsibility when investing.

Related Stories
Subject Matter
Join Free TON Community and Participate Contests! by @Free TON
#promoted
Who Scales It Best? Blockchains' TPS Analysis by @taygundogan
#cryptocurrency
NF(royal)Ts: Building NFTs that Pay Creators Forever by @tatum
#nft
Unique NFT Use Cases: What’s Beyond NFT Art? by @michielmulders
#crypto
Technology and the Pandemic by @halenterry
#technologies
How to Get Started on Creating Your Own Cryptocurrency by @oleksii.she
#cryptocurrency
Inflationary cryptocurrency and domain based identity: A recipe for a decentralized social network by @tautvilas
#decentralized-internet