Blockchain, cryptocurrency and DeFi writer exploring the innovations of tomorrow.

Bitcoin is making some serious noise, but true adoption lies in simple, safe, and functional apps for the everyday consumer. Here are some worth looking at

The last few months have seen Bitcoin take the centre stage again and cryptocurrencies are finally starting to be accepted as a safe, efficient and decentralised means of payment during a time of increased financial instability in many countries.

With the initial steps toward mass adoption having been well and truly taken, the ability to use Bitcoin and others to pay for products and services in real world situations such as supermarkets and department stores is critical for the overall acceptance of cryptocurrencies.

As more businesses become aware of the increased speed, security and overall lack of middleman services that comes alongside accepting cryptocurrencies, innovative projects are busy implementing payment rails on existing architectures that will enable your local grocery store to accept Bitcoin, making the dream of fast, frictionless and decentralised payments seem closer than ever before.

This is all well and good, but there’s something else that plays a huge part in the global adoption of cryptocurrencies - the end product itself. Although many of the crypto wallet and card products currently on the market are taking strides when it comes to innovation, some are still clunky to use and difficult to understand for those uninitiated to the cryptocurrency world; others offer a dizzying array of complex features that can often scare the user out of fully committing.

If the world is to go “full-time crypto”, we need an everyday solution that is so easy to use that we don’t even notice we’re using it. Below is a list of innovative crypto wallet apps that look to simplify the complex mechanisms of cryptocurrencies and that plan to open the floodgates for global adoption, without sacrificing the decentralisation that underpins Bitcoin's core values. 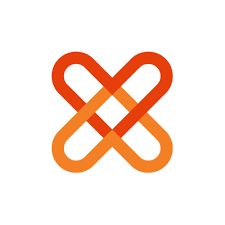 Launched back in 2014 and based in Hong Kong, the team behind XAPO wallet look to address accessibility and security in the cryptocurrency space.

Startups and wallet developers must ensure that their apps reflect what their users have come to expect from the traditional banking apps they have become used to in years past, and having stored the funds of more than 1.5 million customers worldwide, Xapo offers its customers an overall experience that attempts to mirror conventional banking apps in several ways.

The Xapo app enables users to buy and securely store Bitcoin (currently the only cryptocurrency available on the app), as well as allowing them to convert and store their money in any traditional currency.

Referred to by The Wall Street Journal as the “Fort Knox of bitcoin storage” and registered in Gibraltar, Xapo is the first physical cryptocurrency bank and customer funds are stored in offline, secure, encrypted servers that are never connected to the internet.

Looking to merge crypto with traditional money, the app offers users an intuitive and friendly experience, with the options to send and receive money quickly and easily. Xapo also gives users access to a free virtual card that they can use to make online purchases with no annual fees.

Xapo recently last year announced that they are “expanding beyond Bitcoin to become a digital bank”, but it has not been made public just what the plans are yet and whether the app will support further cryptocurrencies moving forward. 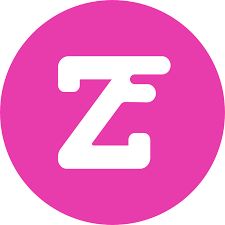 With a mission to “make smart money simple”, the Zumo wallet looks to have the complete package, offering everything from a friendly and safe to use multi-currency wallet for consumers, to ZumoPay, a plug and play solution that enables brands to accept payments in cryptocurrency securely and easily.

Without a simple, safe and user-friendly wallet, the everyday consumer will be reluctant to explore the benefits of cryptocurrency at all, nevermind think about parking their hard-earned money in “the cloud”. The team behind Edinburgh-based Zumo has kept this in mind and has delivered a product that makes buying, selling, spending and storing cryptocurrencies so frictionless that it feels the same as using a traditional banking app.

The upcoming release of the Zumo convertible debit card will mean that anyone can spend cryptocurrencies at any store or location providing the merchant accepts VISA. Zumo app users can fund their Zumo wallet with Pound Sterling (GBP) after linking to their personal bank account, then can exchange their money to cryptocurrencies easily and with minimal fees.

Also built with the everyday investor in mind, the Zumo “Smartfolio” allows users to see exactly how much they are holding in their wallets at all times and can also easily keep track of how much profit or loss they are in at any one time, all with simple functionality and easy-to-follow steps.

“Exchange Alerts” in-app make the exchange process easy, notifying the user when a currency reaches a certain price, meaning that they can then choose whether to buy or sell an asset for optimal profits.

Having recently announced plans for Series A funding, Zumo have already won over many residents of Edinburgh and Glasgow with a funky marketing campaign that plastered Bitcoin all over the cities busiest hotspots. 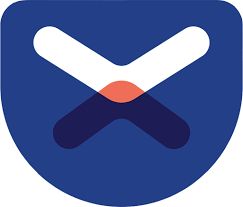 XPocket enables users to make fast and secure cryptocurrency transactions and combines all of the usual functions of a crypto wallet app with the functionality of an exchange, enabling users to buy cryptocurrency directly on the app.

The XPocket app comes with a fully integrated decentralized exchange named PocketSwap, which brings DEX functionality similar to the likes of Uniswap to the user directly without having to leave the app, but features such as this are largely still out of scope for the everyday user so we will focus on the basics.

Usability of wallet apps will make or break the general public’s acceptance and understanding of crypto, and the XPocket team have worked hard to make the app’s UI “normie friendly”.

The wallet offers users the ability to buy, store, receive and send cryptocurrencies and users are always in control over their private keys, meaning that they and they alone retain access to their funds at all times. Users can also buy cryptocurrencies through the app with a debit or credit card. 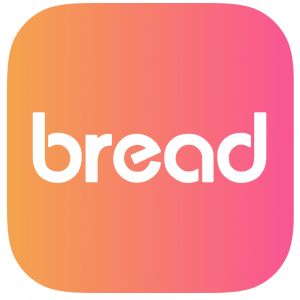 The Bread (BRD) wallet is a free mobile wallet available for both Android and iOS. Released way back in 2015, the BRD wallet has it’s largest user base in North America, although the company has since expanded to operate in over 150 countries.

There are already a host of apps that allow users to send decentralised payments all over the world but, in order to stand out, crypto wallets today must either offer functionality that is lacking in the space (such as merchant support or support of various currencies) or be best in class for the basics such as security and ease of use.

The BRD wallet just like the Zumo wallet is non-custodial, meaning that the user is the only one who has access to their private key, and this along with a super-simple interface means that is could be favourable amongst those entirely new to the world of cryptocurrencies as it ensures top level security.

The BRD wallet is free to download, install and use as is storing your crypto in the wallet. Transacting through the app, however, incurs variable fees depending on various factors such as which blockchain network is used and the amount of currency being exchanged.

Using a credit card could incur the user as much as 5% in transaction fees which is arguably not as competitive as other apps, and the user’s bank or debit card provider can also charge a processing fee for USD, EUR, CAD, DKK, and GBP deposits. Nonetheless, BRD wallet has stood the test of time when it comes to crypto wallets and is a favourable option for overall security and ease of use.

Cryptocurrencies are smashing through outdated and centralised barriers whether the banks like it or not and, as the general public only become more interested in what Bitcoin and blockchain technology can offer them in terms of safety, accessibility and transparency, this is set to continue.

With the announcement by VISA that it plans to help banks introduce Bitcoin and cryptocurrency buying and trading services in the future, and PayPal trying (and kind of failing) to break into the world of crypto-commerce, it’s becoming clear that decentralised currencies are the next logical step in digital payments and are going to soon enough become the new normal.

As the masses realise that the grass really is greener on the other side and start looking for the best way to buy, sell, spend and save cryptocurrencies, the products offering their users the path of least resistance on the road to adoption will emerge victorious.