Crypto Baby Talk: First 50 Terms That You Should Know About 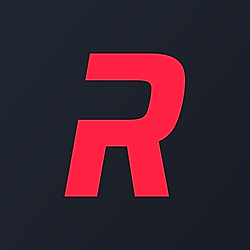 it’s nice to see you here!

We, at ROKKEX, decided that you should be on the same page with the vocabulary of cryptocurrency. So, first of all, remember that “crypto” is mostly about cryptography, so you better spell the word “cryptocurrency” completely not to confuse anyone.

Secondly, there are some specific terms that we use and people who are not acquainted with blockchain, bitcoin, and other stuff may think that we’re a little bit crazy dreaming about the Moon and Lambo, being afraid of an ICO scam (wtf is that?), and always murmuring about bears and bulls (how come? They don’t even live together). Well, sit comfortably and prepare for a short trip into the cryptocurrency (and a bit of blockchain) world.

It’s nice to start the list with something pleasant like an airdrop. One day, you wake up and see some unknown altcoins (see next) on your wallet — that was an airdrop! This marketing technique was quite popular in 2017 as airdrop motivated people to research further.

Altcoin (alternative coin) is any cryptocurrency other than bitcoin (BTC). There are currently several thousands of altcoins in existence. Some even possess a separate blockchain.

AMA is the abbreviation for ‘Ask Me Anything.’ This refers to a set of questions a company member is asked. The answers are usually given via a Youtube live stream, or in a blog post, or on Reddit.

AML stands for policy and legislation on Anti-Money Laundering. This prevents illegally obtained money from being converted into a legal modification. Unfortunately, the noble aims of blockchain to be decentralized have this side effect used by some exchanges and wallets.

You know the animal. When the bear attacks, it hits the victim with its paw on the top, nailing the victim to the ground. Now imagine that cryptocurrency market is the victim, and when the players are bearish, all prices decrease. A bearish market is a red market.

A continuously growing list of records called blocks, which are linked and secured using cryptography. We love this HackerNoon guide explaining blockchain in simple terms.

It doesn’t have anything in common with the chocolate bar. Bounty programs are some tasks assigned by the team behind a project. This can be anything from joining a Telegram channel to a translation job. For completion of the task, the assignee receives rewards (bounties); and then he or she can buy some decent Bounty.

Let’s get back to the animal world. A bull, my dear, is the animal that attacks with horns lifting a victim from the ground into the air. Again, the victim in this context is the cryptocurrency market; but we love bulls as with them, we expect the price to increase.

A ‘candlestick chart’ is a way of representing the trades. One candlestick stands for a specified period (a day, an hour, a quarter of an hour, etc.). The ‘body’ of the candlestick represents the opening and closing price. The peaks indicate the highest and lowest price in the period.

Better to see once:

The total number of freely tradable coins or tokens.

CMC is the abbreviation of Coinmarketcap, a website that lists exchanges and cryptocurrency. This should be your homepage!

A digital marketplace where you can buy and sell cryptocurrency. It should be safe and not scammy as ROKKEX will be 😜. By the way, we have a basic trading view for young crypto adapters to better figure out what is what.

ERC-20 tokens are created on the Ethereum (ETH) network using the Ethereum smart contracts to be precise. ERC-20 is a token standard describing the functions and events that such a token contract has to implement.

Ether (ETH) is the main cryptocurrency of Ethereum network; the second largest one after bitcoin (BTC). It is also known as the ‘crypto-fuel’ for the Ethereum network as it helps to execute smart contracts.

THAT IS NOT A CAR MANUFACTURER! Fiat money is a currency that the government has declared to be legal tender: like $ or €.

Acronym for ‘Fear of Missing Out.’

A fork is the splitting of a blockchain into an alternate version. We have an excellent article on this.

Acronym for ‘Fear, Uncertainty, and Doubt.’ Propaganda to lower prices.

Gas is used to execute a transaction on the Ethereum blockchain. This is something like a fee you pay to the miners. The more gas you set, the faster your transaction will be completed because of the higher reward, more miners will be incentivized to process the tx earlier.

The first block ever mined and the beginning of a blockchain. 🙏🏻

Investopedia got it the best: a hash is an essential blockchain function that converts an input of letters and numbers into an encrypted output of a fixed length.

Originated from this post where ‘hold’ was misspelled. Now, it’s an acronym for ‘Hold on for Dear Life.’ It’s a strategy of storing cryptocurrency until it goes to the Moon.

Acronym for ‘Initial Coin Offering’ also referred to as Initial Token Offering/Token Sale/Crowd Sale. Initial coin offering (ICO) is a controversial means of crowdfunding as a lot of projects exit scammed (see further). In an ICO, investors receive a percentage of the newly issued cryptocurrency in exchange for cryptocurrencies. Don’t mix with airdrop when you get tokens and coins for free.

Acronym for ‘Initial Exchange Offering.’ An IEO is a type of ICO that is hosted and managed by a crypto exchange. (More legit but still dubious).

Acronym for ‘Know Your Customer’ — a series of laws and regulations which require businesses to know the identity of their customers (asking for ID scan or other identity documents).

It’s a Lamborghini. Mentioned when the price is going to rise sharply so that a trader can buy such a car.

With a limit order, you give a request to an exchange to buy an X number of coins for price X. When ‘filling’ the order, the price can’t differ, but the number of coins can but never exceed the amount of order.

The maximum number of coins that will exist for a token or cryptocurrency. If maximum supply is defined, no more coins can be created.

Nodes are computers in a network that all have a copy of the blockchain transactions and are supporting it by validating transactions.

First of all, a new cryptocurrency is released through mining, for example, BTC or LTC. Secondly, mining is the process by which transactions are verified and added to the public ledger (blockchain).

The phrase “To The Moon” is used when the price is going up at an extremely high rate. We believe that the Dogecoin community made this phrase popular.

The term is a cornerstone of the whole blockchain idea. A Peer-to-Peer network doesn’t have a central point of storing information (as servers do) — instead, every participant of a blockchain network can access information and bring changes to the network (but the rest of participants will know about it). There is no dominant party that controls the network; thus, the opportunity for dishonest behavior is excluded. Every action on a blockchain is transparent.

Phishing is an old but still used method of stealing vulnerable information. Malefactors try to make a user give up their personal information through a fake website or application, which mimics the original one.

It’s your password/PIN code to open your wallet. Every cryptocurrency wallet contains one or more private keys which are mathematically related to the wallet. Your private address must be kept secure and not shared with anyone (primarily via emails), so when someone asks for your private key be alert.

Proof-of-work, proof-of-stake, delegated-proof-of-stake, etc. are different systems, sets of rules or methods to reach consensus and validate transactions within a blockchain network. Here, we gave an exhaustive list of existing blockchain protocols.

We can’t describe it better than ROKKEX CLO did:

“Look at it as a company passport with the addition of all possible information an investor might need to make an informed decision: invest or not to invest.”

A prospectus is a document needed for STO (Security Token Offering) to prove that a project is safe and legally regulated.

The public key is your card number in simple terms; the one you can share to receive cryptocurrency, for example. Interestingly, a public key is calculated from a private key.

A roadmap is a plan that shows what a team wants to achieve in a year or more. It gives you insight into the coming features and when those will be released.

ROI is an abbreviation for ‘Return on Investment.’ This is the ratio on how much you’ll get in return on your investment.

A scam is a criminal scheme performed by dishonest people to get money or personal information or anything of interest. Some ICO projects are scams because they collect funds and exit with the money.

💩coins are closely related to scams and ICOs: they’re created to get rich quick. Scamcoins usually don’t have functioning features, and some do not exist beyond their whitepapers.

An illogical long sentence that you use to retrieve your private key and access the wallet.

A smart contract is a computer program that controls the transfer of cryptocurrency between parties under specific conditions.

A stable coin is a coin with extremely low volatility which tries to peg to fiat money or commodities like gold.

Steemit is a social media platform mostly for blogging that runs entirely on the Steem blockchain. The top-performing writers and active users are rewarded for their input.

Following the scam disaster that ICOs have brought, the cryptocurrency industry had to develop an alternative way of crowdfunding. Meet STO! STO (Security Token Offering) is a process of selling Security Tokens — digital crypto shares built on blockchain technologies — in return for investments.

There are two ways how you store crypto. Cold storage is used for keeping your BTC offline (an advisable precaution when dealing with large amounts of cryptocurrency).

Hot storage is connected to the internet. Several months ago, we described different types of cold and hot storages.

Tokens are built on top of existing blockchain platforms such as Ethereum. Examples include EOS, TRON, and OmiseGO. Tokens are often distributed through ICO as a reward for funding the initiative. Don’t mix them with coins as the latter have their blockchains.

The total supply indicates a number of coins in circulation and coins that are not tradable yet (reserved or not yet released). It is different from the maximum supply, in which future coins are included.

Vitalik Buterin is a programmer who invented smart contracts and co-founded Ethereum network.

A wallet is like your bank account. It is where you can send, receive, and store cryptocurrency. It is identified by your public key and accessed with your private key.

A whale is someone who owns a large amount of a coin. As a result, they can control the price of an altcoin.

A whitepaper is a document informing about a new product or company. It has details on everything: problems that a product will solve, technical specifications, a roadmap, token distribution, team, etc..

A cryptocurrency transaction that has been delivered to nodes but has not yet been incorporated into a block. Also known as “unconfirmed transactions.”

PoS, PoW, and 12 Other Blockchain Protocols You Didn’t Know About

At ROKKEX, we take security extremely seriously and our crypto exchange is built on ‘Security First’ principle. We want to share our expertise with the broader public for the world to become happy, safe, and wise :)

If you have any ideas and suggestions, contact us at

Making Sense of the Difference Between IPO, ICO, IEO, and STO?