COVID-19, Currency, and China: A Confluence of Forces 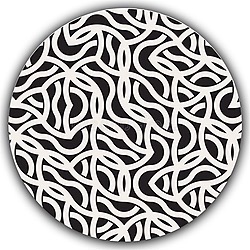 I explore the structures and mechanisms of information through the arts and humanities.

A profound change is occurring as the US faces a challenge to its Dollar as the global reserve currency. This challenge began when Covid-19 landed in the US, (Seattle was ground zero), and China was leading the race in releasing the first government sanctioned crypto currency.

Are these two disparate events connected?

I am a former academic from the humanities, whose work has involved studying patterns of information across disciplines. I also have training in finance and have worked at leading brokerage firms. I am relatively new to cryptocurrencies but began to study them prior to the Covid-19 events in the US.

During my research in finance I uncovered information regarding a shift away from fiat currencies (like the US Dollar). China appeared to be leading this effort, or in other words it was looking like they were the first horse out of the gate. In March 2020, they were planning to release their Digital Yuan. Why would the US care? Keep reading…

Just before this release occurred the virus scare began in Seattle. It might be important to consider we have a large population of Chinese students at the University of Washington and newer Chinese owned businesses in the U District. Just prior to the Kirkland nursing home outbreak of the “virus” many of the Chinese owned restaurants on the Ave closed down. Strangely, they did not just temporarily shut down, but instead packed up and completely left.

A couple weeks ago Trump threatened China by stating he would delist Chinese stocks from US exchanges. He also added he would expel any Chinese graduate students who had prior or current ties to Chinese military schools. Soon after these threats and a few others by the US, China — in what appeared to be a conciliatory gesture — stated they would indefinitely postpone the launch of their digital Yuan.

A few days earlier, while reading obscure financial articles, I learned that Goldman Sachs and other US banks were set to lose over $124 million per day IF China were to start doing global financial transactions using digital currencies. They currently receive these funds from China, through exchange or transaction fees. These fees are received from China because their global business is currently carried out in US dollars, as the US dollar is the reserve currency, ( the fiat currency used for global transactions).

China was planning to remove itself from this US Dollar dependency by changing to a digital currency, which is based on blockchain, (on Ethereum). Their transactions would have no need to be processed through a government controlled central bank or any other bank like Goldman Sachs.

The US has not been developing a digital currency as intensely because we do not want to give up too quickly the global power we hold or the money we receive through our Fiat currency.

Historically, our holding the global reserve currency has always been paired with our strong military. And it is the US Navy who is called whenever this status is threatened.

Several days ago the US sent two Navy destroyers to China. Coincidence?

Thursday, June 28, Goldman Sachs held a shareholders meeting because of their client’s growing interest in cryptocurrencies. Rather than provide an informed discussion they merely thumped their chests and announced: “Bitcoin and crypto are not “assets”. Clearly they do not mean this — given the overblown US response to the China launch of their digital Yuan. But surely, their position is primarily self-serving given how much they stand to lose if the digital Yuan launches before the US has established a leadership role and before Goldman Sachs figures out how to make up for those potential losses.

It appears we are about to be changing our form of currency. In such a scenario, a lockdown would be useful. They’ve already told us our cash is “diseased” and to handle it as little as possible in order to stay safe!!!

Again — I think the timing of these events and their correlation with “Covid” makes sense in terms of a “war” of sorts to control a new non-fiat currency, removing the need for the US dollar to be a global reserve currency.

There was a very informative podcast episode produced for Coinbase (a US based digital currency exchange) this week. In it a financial expert outlined some of the concepts I mentioned above.

Here is the podcast: