China Releases the Kraken Against US Dollar 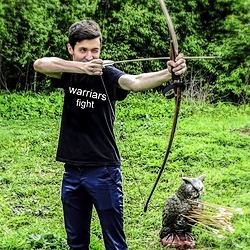 The view of the world community was riveted to the problem of relations between the United States and China, known as the trade war. Donald Trump's tweets, renminbi price drop, duties, and much more.

However, recently, the situation seemed to cool down, and the parties agreed to reduce the established duties and resume trade relations to the previous period. Still, as it happens in history, everything is not so simple ...

Why is this time everything different?

Having inflicted a blow on the Chinese economy, the United States set up the bandwagon on the world stage, and the Chinese government certainly could not leave this without a retaliatory step on its part. But how can you strike at your “adversary,” who has currency influence all over the world?

To deprive him of this influence ... And who or what can it do? Until recently, China did not have such an ally, but after the hype of cryptocurrencies and the uncertain attitude towards them, the Chinese government saw what prospects there could be in the blockchain and Bitcoin before it.

"The enemy of my enemy is my friend" - This proverb is belong to the Arab prince, whom his subjects betrayed and beheaded.

If anyone can undermine the already shaky confidence in the dollar, then this is Bitcoin and other cryptocurrencies. That is what they did.

On November 11, in Xinhua, the official newspaper of the CCP, an article was published titled “Bitcoin: A Successful Application of Blockchain Technology“

Such a step has a delayed effect; it will not occur in one day. We will observe its consequences for a long time. But for now, do not make quick conclusions.

Where can this lead?

It is still unknown who Satoshi Nakamoto is and what volumes of Bitcoin he possesses. In the event of a global financial crisis, it can more firmly take the place of a new financial instrument in the traditional market.

Or maybe this will be the factor that provokes the global financial crisis?

Opening access to giants with thousands of bitcoins in their assets, China (As the most extensive mining base) is knocking the soil from the United States, as the largest holder of gold. In this new confrontation, only progress will be the winner.