Could Akon City Pave The Way To Real-Life Crypto Wakanda? 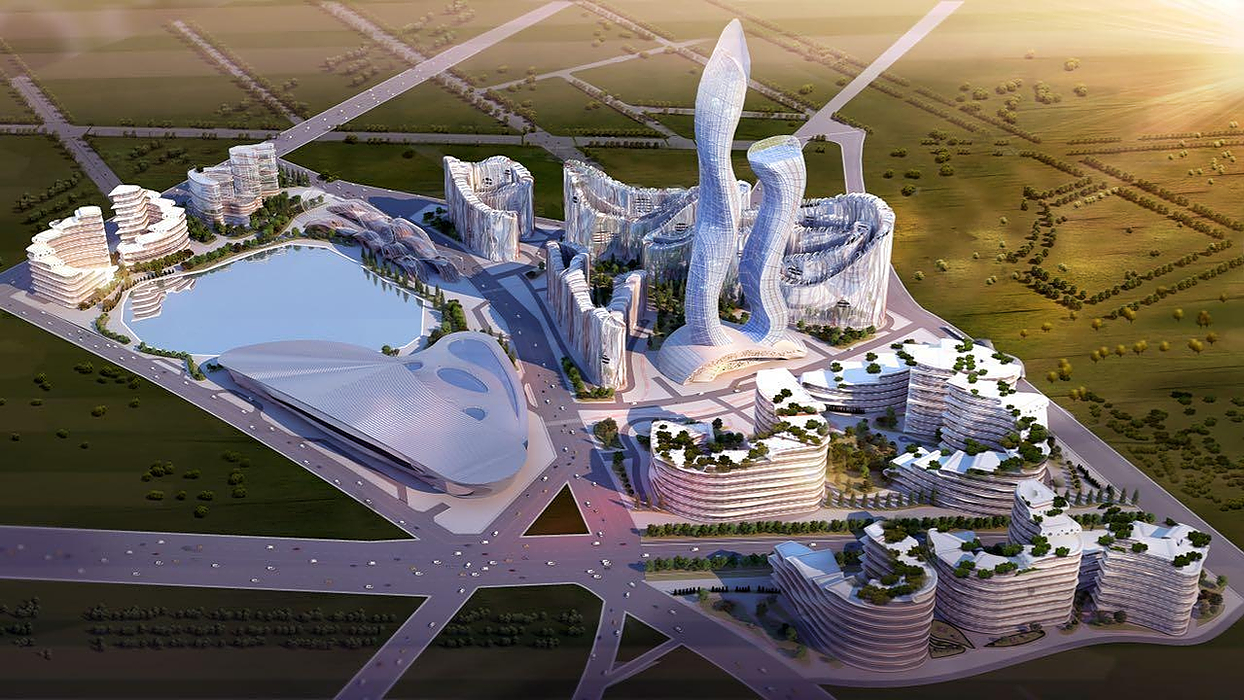 Pop stars are never far from the news, and it can often feel like you’ve seen it all and heard it all when more coverage of glamorous exploits and overly-ambitious business projects emerge. However, US artist Akon may have broken new ground when he announced that he’s set to build a futuristic city in Senegal that runs entirely on cryptocurrencies.

Although the eponymously named ‘Akon City’ sounds like something of a sci-fi pipedream, construction of the 2,000-acre metropolis began in January 2020. Akon has described his city as a ‘real-life Wakanda’ (referencing the fictional home of Marvel’s Black Panther superhero).

However, what’s more significant is that the city is set to run entirely on a cryptocurrency. Could Akon City pave the way for a future of crypto cities? Or are the plans too complex to ever work out? Let’s take a deeper look at Akon City and the potential of the stablecoins that will power it:

How Akon City will work

The path from life as a recording artist to being the founder of the most advanced city in the world seems like a fairly long one. However, Akon City is expected to be completed by 2029, with the second stage of construction scheduled for 2025.

The city has gained Leadership in Energy and Environmental Design (LEED) certification and has been designed to operate via solar energy - without the need of any electricity grids.

The push for entirely green cities is an extremely pertinent one, and there’s no doubting that the rest of the world will be watching Akon City’s development in sustainability.

But if the development of a sustainable city from scratch in Senegal isn’t enough of a tall order, Akon plans for the city to operate entirely on cryptocurrency.

While the use of crypto in public is an exceptionally rare thing - mostly due to the volatility of cryptocurrencies and the highly speculative market in which they reside - Akon City residents will be able to use Akoin accounts to buy groceries, use public transport and access entertainment.

Discussing the role Akoin could play in fuelling transactions in Akon City, the artist said cryptocurrencies could “be the saviour for Africa in many ways because it brings the power back to the people. Cryptocurrency and blockchain technology offer a more secure currency that enables people in Africa to advance themselves independent of the government.”

Despite the lofty ambitions that Akon has for his city, the implementation of Akoin offers a practical solution for the whole of Africa when it comes to the issue of finance.

Speaking to CNN, Rasheed Alabi, a risk management analyst explained that cryptocurrencies offer hope for African residents in developing financial independence away from the continent’s faltering domestic economies. “We missed the internet boom, crypto is another opportunity for us,” Alabi said.

Despite the technological complexity being spoken of in the development of Akon City, it’s the deprived economies and unbanked citizens of sub-Saharan Africa that are best positioned for change due to the necessity and willingness of residents to drive change.

But could Akoin set a precedent for the whole continent to follow? And how could a cryptocurrency replace fiat money? Let’s take a look at the stability behind Akoin:

The cryptocurrency to bring banking to Africa? It’s ambitious, but Akoin could ultimately help the development of an entire continent.

Cryptocurrencies are characterised by wildly volatile markets and sky-high investment opportunities, but Akoin will act as a ‘stablecoin’, and is designed to be immune to fluctuations.

Having a coin maintain a consistent value is essential if it’s set to be spent practically, to buy everyday goods.

Akoin will be accessible to users through a dedicated wallet app, and will be easily transferrable between other currencies.

The key issue of digital currencies that operate on blockchain networks is that some applications of the technology struggle to facilitate multiple payments in a quick manner - making widespread adoption a daunting challenge for developers. Furthermore, stablecoins will need to be capable of being transferred with insignificant fees involved in transactions.

Because of the economic instability that affects many African nations, the development of a decentralised stablecoin is seen as an ideal solution for a fresh start among residents. With this in mind, Akon City running on Akoin coins could be the perfect test ahead of a financially efficient future for Africa.

First of all, the crypto world is a volatile place, but there’s certainly a market for stablecoins and the stability they’re able to bring.

For instance, the top two stablecoins, Tether and USD Coin, have a combined market cap of $5 billion.

Furthermore, the arrival of algorithmic stablecoins like Timvi (TMV) has shown that blockchain-based currencies can be utilised in day-to-day use. Facebook’s Libra stablecoin also aimed to bring accessibility to the unbanked regions of Africa.

Akon City isn’t an isolated case when it comes to cities adopting cryptocurrencies as a significant form of currency. While there are many Bitcoin-based ATMs worldwide, the political climate in Venezuela’s capital, Caracas has led to president Nicolas Maduro actively encouraging businesses and citizens to abandon the failing national fiat currency of the Venezuelan Bolivar, and instead adopt a national stablecoin in ‘Petro.’

Venezuela’s hurried adoption of cryptocurrencies has seen businesses like Burger King announce their acceptance of coins like Bitcoin, Ethereum, Litecoin and Tether among others as a means of fast food payment.

Furthermore, Maduro has announced the construction of a cryptocurrency casino in Caracas where visitors can gamble exclusively in the country’s Petro stablecoin - a form of cryptocurrency that’s pegged to the value of the nation’s oil reserves.

Sadly, although Venezuela’s growing relationship with cryptocurrencies makes for an excellent case study into the possible widespread adoption of stablecoins in the economies of Europe and North America in the near future, it may in fact be cities like Akon City that provides a much clearer picture of what the crypto landscape could look like as technology develops.

Are crypto cities the future?

So, could Akon City herald a new era of crypto-metropolises? The project seems like the product of fantasy. Akon himself admitted to having little idea of how exactly the futuristic city will work on a technical level, explaining: "I come with the concepts and let the geeks figure it out."

However, the potential power that stablecoins hold in bringing banking to unbanked regions worldwide means that we could be looking at an early solution to a problem that needs to be addressed.

When Facebook announced its Libra stablecoin last year, it did so with the intent of reaching wholly world markets, breaking down borders in the process.

With so many big players exploring the uses of stablecoins, it’s fair to say that less-volatile cryptocurrencies will have a role to play in the coming years - whether that role will develop into driving entire cities may be another matter entirely.

For now, the world can sit and watch one of the most ambitious development projects in world history take place in Senegal. Let’s hope that Akon City becomes a strong and stable success.

Related Stories
Subject Matter
Enter The Decentralized Internet Writing Contest by @HackerNoon+FreeTON
#promoted
Stem Cells and Wafer Thin 3D Printing: How Cosmetic Dentistry Will Rid Itself of Invasive Procedure by @peter-jobes
#technology
Technology's Role in Safety of Construction Workers by @felixyim
#safety
Why Do We Urgently Need Web 3.0? by @anton-dzyatkovskii
#decentralized-internet
Turning Your Website Into A Mobile App Really Fast With React Native by @suhail
#technology
Unique NFT Use Cases: What’s Beyond NFT Art? by @michielmulders
#crypto
How to Get Started on Creating Your Own Cryptocurrency by @oleksii.she
#cryptocurrency