Could A Periodic Relay of Flight Data To The Blockchain Make Flights Safer? [Deep Dive] 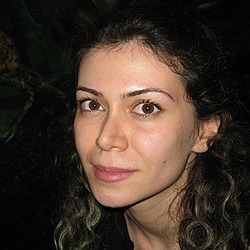 Horrible aviation accidents and incidents occur all over the world annually. After a plane crashes or explodes, usually, one of the most important issues is finding the plane's flight recorder.

Everyone is hoping it to be still intact and its stored data be retrievable. Unfortunately, this data is the only clue to discover the secret of the plane crash in many cases.
In this article, we will show that such important and vital data can be sent to one or more blockchain networks during flight, in addition to storing on the plane's black box. Of course, the data encryption is done inside the aircraft and the blockchain technology will ensure the safety and accuracy of the stored data. This article was written in May 2020 by Somayyeh Gholami and Mehran Kazeminia in two editions in English and Persian.
Persian Article

Backup of the flight recorder's data

A black box (flight recorder) is a device used for airplanes, ships, and helicopters, and despite its name, it has a bright orange color to make it easier to find after a crash.
The flight recorder of aircraft is usually located at the tail of the aircraft, as this area is a low risk of collision. The aircraft's flight recorder has two parts; the first is the flight data recorder (FDR) which records and stores data about instructions sent to the aircraft's electronic system.
The second part is the cockpit voice recorder(CVR) in the cockpit, which stores the pilot's conversations, wireless communications, and other types of sounds in the cockpit.
The subject matter of this article is merely the feasibility study to create a backup on blockchain networks and there is no difference between the types of flight recorder data to do so in practice.
In other words, if this proposal put into action, all information generated during the flight will be encrypted and immediately sent to blockchain networks in separate blocks.
In this case, the chain of blocks is formed only based on the arrival time on the blockchain network, and later on, it is impossible to change or tamper with the contents of these blocks.
Basically, in a blockchain network, the hashed contents of each block will be placed inside the following block, and with the slightest change in the contents of each block, the same block and all subsequent blocks will be invalid, and therefore no flaw or violation is possible. For more information on this topic, you can refer to the blockchain articles.

The feasibility to create a backup

It's been several years that airline passengers can use wifi to connect the internet easily during the flight. While the plane in the sky, the airline passengers check their email or stock market prices, post on social media, or even trade Bitcoin.
But still, the file of the audio environment of the cockpit stored only and only in the flight recorder. That makes no sense at all because for whatever reason that plane crashed, the plane manufacturer, its owner, the country where the plane crashed, and plane occupants' families should be waiting to retrieve the flight recorder's information to find out the main cause or the culprit of the plane crash.
Unfortunately, in many cases, the black box data is damaged when the plane crashed or exploded. In some cases, falls occur in impassable areas or deep oceans so it's arduous to find a black box. There are also often legal, political, and even military problems with finding and retrieving the black box information.
So really, why this crucial information not sent to a safe place other than inside the plane? In the following, we will examine the answers to the likely arguments against this proposal.

A- Only the moment of the crash is important, and when it crashes, the Internet is likely to shut down. That's why the backup will be incomplete and doesn't matter much.

This argument is not compelling. A review of several recent crashes shows that from the beginning of the flight, all the pilot's conversations, the control tower, all the instructions sent by the pilot for the system, etc. can be of paramount importance.
For this reason, in addition to complying with the protocol, pilots of passenger planes usually turn on the flight recorder manually even before the automatic recording of it started, to record the conversations with the control tower before turning on the aircraft engines.
Meanwhile, by utilizing blockchain technology, such information is continuously encrypted in the airplane computers and prepared to be sent as the block.
If the airline's internet is disconnected and reconnected intermittently for any reason, it's okay, after reconnecting a few blocks will be sent with a time lag. But if the Internet would no longer be connected, for instance, when a crash or explosion occurs, one or more of the last blocks might never be sent.
This is the main challenge of this approach, and you should keep an internet connection during or even after the crash. Of course, the status quo is maintained by this proposal, and the original version is still on the flight recorder(black box).
But with a simple and inexpensive method, we were able to have a pretty complete backup.

B- Sending the data out of the aircraft could jeopardize the data security, also the risk of manipulation far outweigh the benefit.

This argument cannot be correct either because using blockchain technology, all information encrypted, and has a public and private key.
It means, that only the holder of a private key can access confidential information which predetermined who has a private key, for example, the manufacturer or the owner of the aircraft or any other legal entity.
Also, as mentioned earlier, no one can change or tamper with the data after storing it on the blockchain network.

C- Technically, connecting the plane to the Internet and sending data out continuously is impossible or even costly.

The above argument also is not credible at all. Internet service provider companies have made significant progress so far. Rising demand led the world's major airlines in cooperation with technology and telecommunication companies, to provide Wi-Fi Internet on board for a large number of planes. Even, Gogo(inflight internet provider) has recently promised its customers 5G technology, Albeit, some airlines have not equipped yet.
There are two ways to connect to WiFi on the Internet. The first method is much like the way cell phones use it. It means that the plane has an antenna under its body and is connected to telecommunication towers located on the ground.
The sending and receiving equipment is installed on the same telecommunication towers which serve for mobile phones. The only difference is that the equipment transmits waves to the sky and the planes.
Along the way, the plane shifts connection among the nearest telecommunication towers to keep the Internet connection as much as possible and provide it to passengers.
Of course, this method has a big problem, for example, if the plane is passing over the oceans and seas, the connection of passengers to the Internet will be cut off.
But, the second method is through satellites. The planes are connected to the nearest satellite using an antenna above their bodies. This method has much fewer disconnection and interruption problems. Even, it is well thought out about aerodynamic issues of the antenna above the fuselage and these antennas work well.
However, the quality or tariffs of airline internet are never to compete with the regular urban internet, and the regular urban internet will always be faster and cheaper. Nevertheless, today, it's possible to transmit the compressed and encrypted data of the plane to the reliable servers at a low cost. What are we waiting for?
Somayyeh Gholami
Mehran Kazeminia