Is China Laying the Groundwork for a State Backed Token? 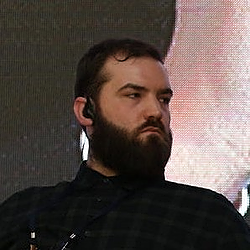 In the midst of the ongoing US-China trade war: it can be assumed that the recent intensification of cryptocurrency news from China comes as part of a national push towards strengthening the economy both domestically, and through international partners.
Over the past couple of weeks, cryptocurrency and blockchain news out of the People’s Republic of China (PRC) has noticeably intensified. Is China laying the groundwork for a national cryptocurrency fintech economy, or even a state-backed token?
It appears that China is starting to build a legislative framework that may help establish and manage the future of a Chinese cryptocurrency and blockchain industry. News which comes alongside updated domestic business policy, and international relationships.
One of the latest of these stories concerns the forthcoming publication of the ‘Industrial Structure Adjustment Guidance Catalogue’, which replaces an older version from 2011. It sees the removal of “bitcoin mining [and] other virtual currency mining activities” from a proposed list of industries to be banned in China that had featured in the original document.
Late October, China’s CCTV revealed that a new law had been approved during the ‘14th meeting of the Standing Committee of the 13th National People’s Congress’. The law was aimed at establishing security standards for blockchain technologies.

“Aimed at standardizing the application and management of passwords, promoting the development of the password business, ensuring network and information security, and improving the scientific, standardized and legalized level of password management.

It is a comprehensive and basic law in the field of passwords in China.” - via CCTV

Whether or not it’s on purpose, the efforts of the countries government in favour of blockchain and digital assets has resulted in a surge of interest amongst the Chinese investment community in favour of cryptocurrencies – including bitcoin.
This was likely not helped when China’s President Xi Jinping delivered a vocal statement of support at the ‘18th collective study of the Political Bureau of the Central Committee’, where he called for increased national adoption and investment across the nation.
Chinese government attempted to control over-enthusiastic crypto investment (and, more importantly, divestment from China’s national Renminbi / Yuan currency towards decentralized alternatives) with a subsequent statement outlying the need for ‘rationality’ – despite the official support.
If China really wants to prevent eager investors from taking part in third party cryptocurrencies however, it’s going to have to create its very own – which doesn’t seem at all unlikely at this point.

Russia and China have some similarities with regards to cryptocurrency and blockchain activities, in light of their respective economic and global-political positions.
Read more about this in my article: 'Is Russia’s Crypto Conquest Inspired by Sanctions and Russophobia?'
This news feature was originally published on news.daex.com on 10th November 2019. For more stories, click here.

Is Russia’s Crypto Conquest Inspired by Sanctions and Russophobia?