Can Crypto Grow out of Its Bro Culture Stigma? 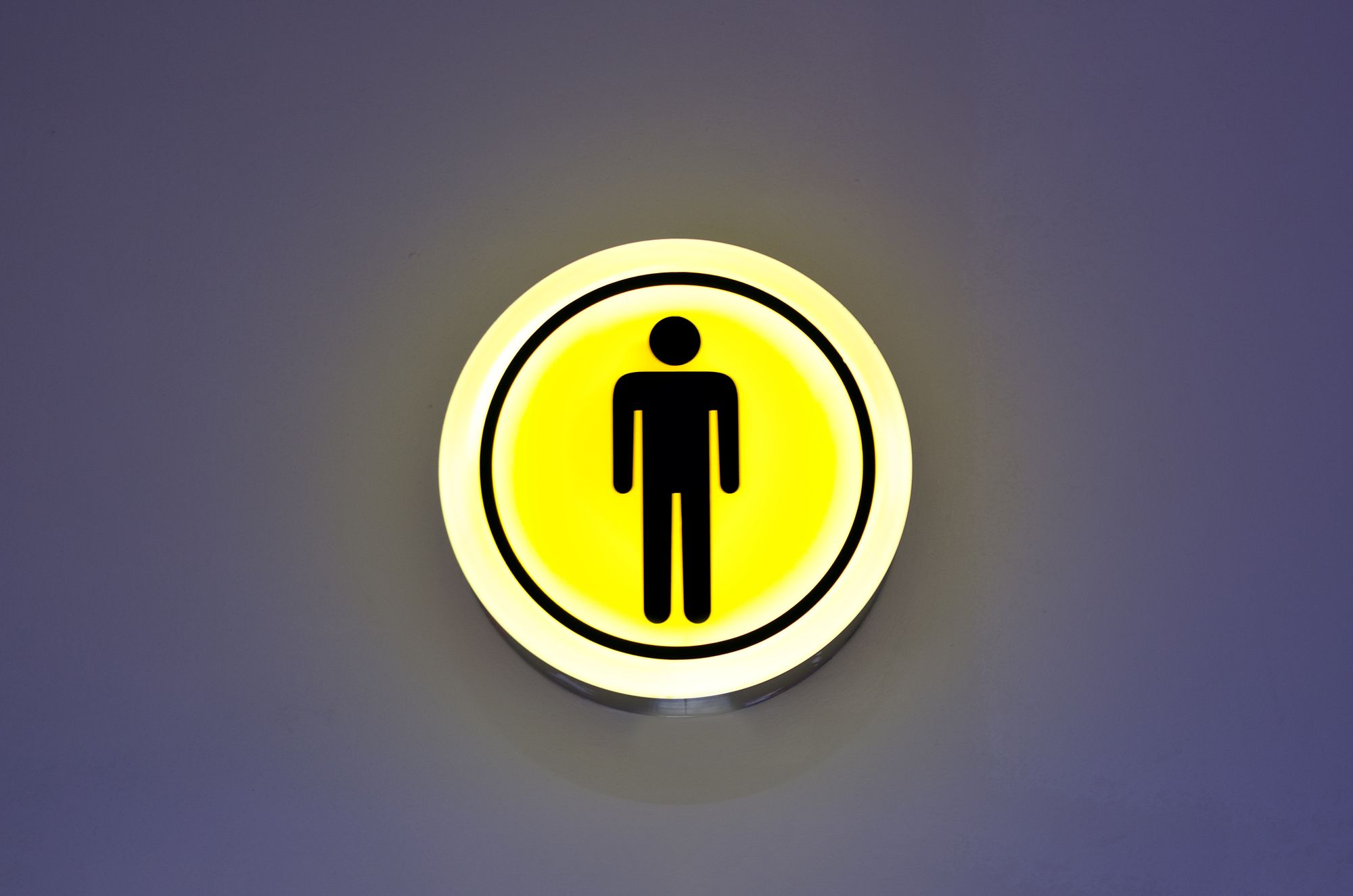 When cryptocurrency first launched, it was with bold claims that it would democratize society, replacing the flat hierarchy with equal access to wealth and power for all. Yet the industry is undeniably dominated by men, both in terms of the people who work within the field and those who invest and trade in crypto.

It’s notable that crypto journalist Morgen Peck saw just one other woman at the first Bitcoin conference in 2011, and she was there because of her husband’s involvement. The gender imbalance has certainly improved since then, but not by enough.

Nearly 86% of the engagement in the Coin Dance community in 2020 was from men, although that itself is an improvement from over 94% in 2018.

The crypto professional ecosystem seems to be relatively unanimous in asserting that women (and minorities) are woefully underrepresented. One 2018 study found that only 14.5% of blockchain startup team members were women, and that women occupy just 7% of leadership positions and 8% of advisor positions.

The ‘bro culture’ origins of cryptocurrencies

What is less clear is whether this gender imparity adds up to a toxic “bro culture.” Many thought leaders both inside and outside the industry say that it does, and wonder what can be done to change it and attract more women, for the greater good of crypto as a whole.

Elena Tonoyan, COO of LocalBitcoin, is one of them. She believes it’s imperative to bring more women into crypto, so as “to decrease the gender gap in financial inclusion,” she says. “There is a reason why we strive to have an equal amount of men and women in the companies, we all have different strengths. I think crypto can benefit from women’s talents.”

But the bro culture didn’t become a thing spontaneously. Many crypto conferences fed into it, like 2018’s North American Bitcoin Conference, which featured three female speakers out of 87 and an after-party that took place in a Miami strip club.

Also in 2018, some exhibitors at the BlockchainLive event in London hired “booth babes” to entice people to their stalls, just like carmakers used to hire models to pose on hoods. These incidents added to the perception that crypto is a “boys club,” making women nervous about pushing in. 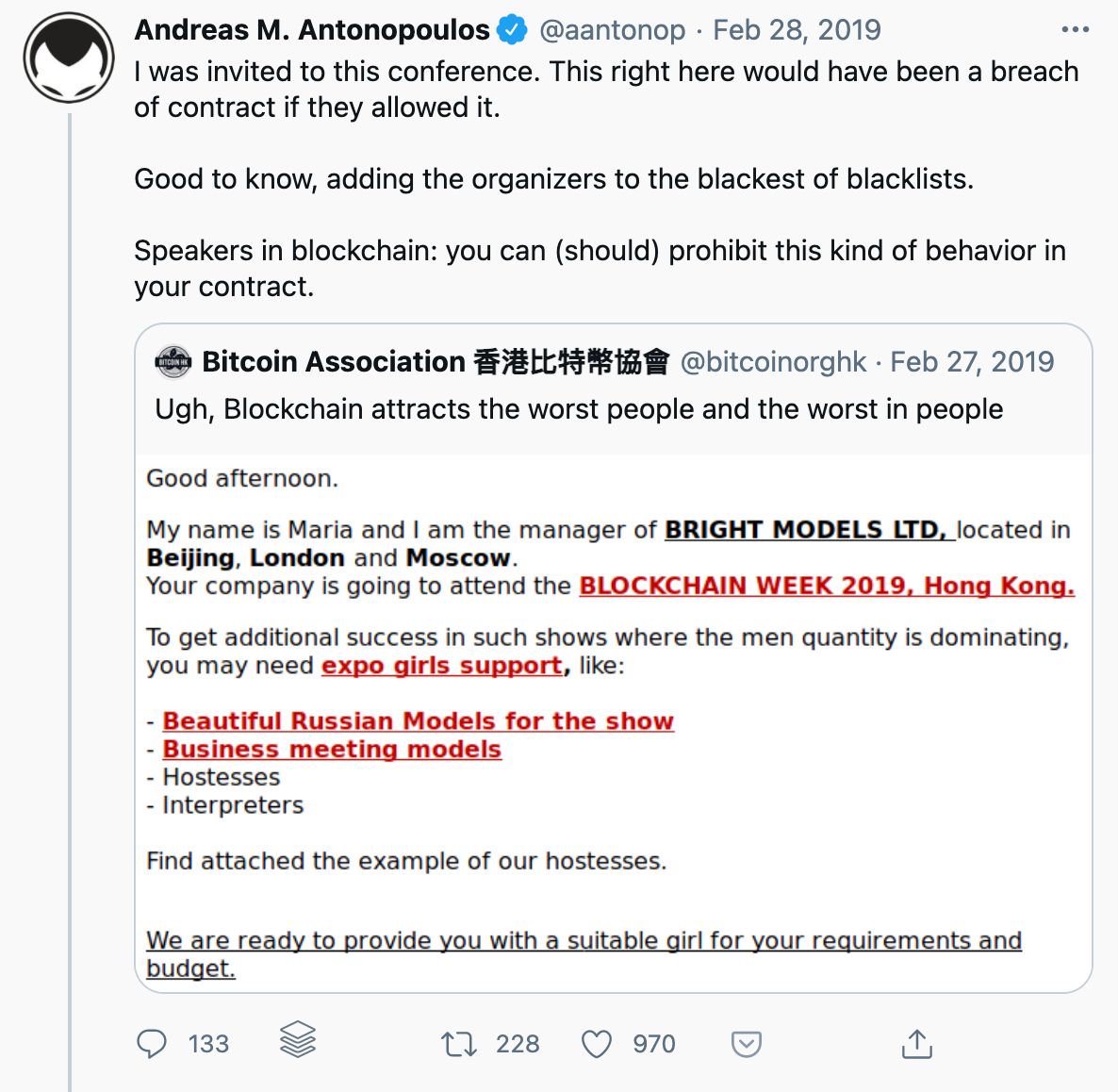 However, others involved in crypto feel that the low representation of women is more accidental, arising mainly because of the belief that crypto requires a tech background, which of course only makes it an even wider issue of gender disparity.

Women are entering the crypto space

The good news is that female interest and involvement in crypto is on the up. Although the number of women investing in crypto is still very low, it did double in the last 2 years. Q1 2020 saw a rise of 43.5% in women crypto investors worldwide and over 80% in certain countries in South America, Eastern Europe and Asia-Pacific.

The biggest jumps occurred in chaotic nations where women are retaking control of their finances and investing in crypto because local currency and local banks are unstable.

The women in those countries see crypto as their path to independence and empowerment. LocalBitcoin’s Tonoyan comments that “By making the buying and selling of BTC easy, we are already making a huge step forward and giving women around the globe an opportunity to gain financial freedom.”

Similarly, many more women enter crypto in developing countries, where crypto startups often seek to improve people’s lives rather than pushing a financial profiteering agenda. These programs tend to be aimed at girls and women at least as much, and often more than, to men.

A number of women have become involved in Bitcoin and crypto and reached leadership positions, where they’re doing all they can to entice more women to join them. Initiatives to encourage women into crypto include:

Has the bro culture dissolved?

But has all this done enough to wipe away crypto’s “bro culture?” In brief, the jury is still out.

Even now, in 2021, a crypto exchange sees no problem with using this image in its Twitter profile, 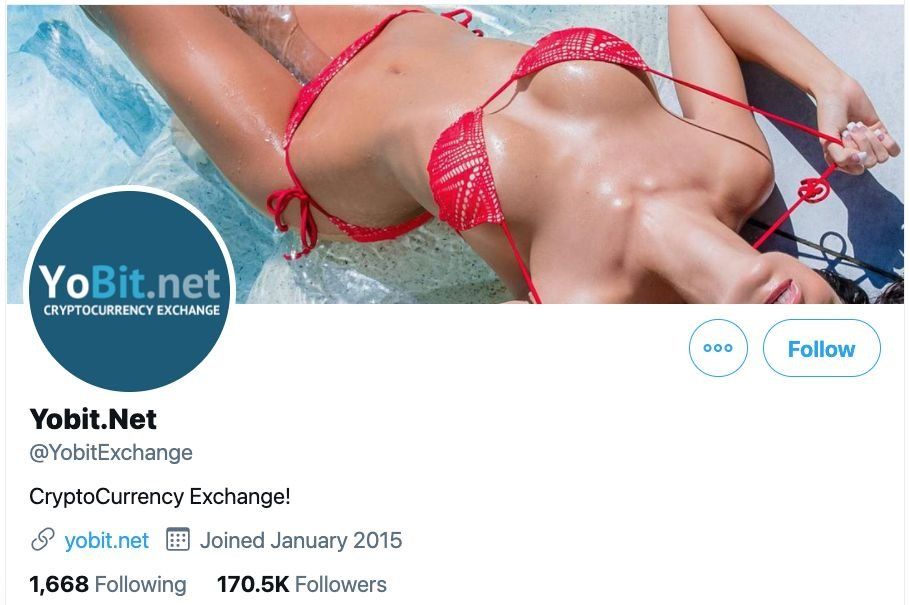 even though it was criticized for it over a year ago.

And in mid-2020, a crypto journalist for Forbes can still publish an article with the title “Bitcoin Bros Are Directing Their Powerful Computers Toward Coronavirus COVID-19 Research,” apparently without anyone raising an issue with its implications that Bitcoin professionals are necessarily “bros.”

On the positive side, many women within the industry feel welcomed and challenged on their own merits, with no reference to gender at all.

“It’s not just that I haven’t experienced direct sexism: it’s that no one has ever made me feel any different because I am a woman. I may often be the only woman in the room, but my voice is listened to as much as any of the men, Teggy Altankhuyag, COO and co-director of Coinfloor, wrote in August. “We are a progressive industry; one that appreciates each other regardless of their sex.”

Many others agree that while blockchain needs to become more diverse, there are no barriers blocking women from entering.

“I think it’s very much a person-to-person issue. If every guy in blockchain would explain to one of their female contacts how great it is to be involved in this industry, I’m sure this will get more women in the door and in leadership roles,” says Rieke Smakman, an independent legal counselor specializing in FinTech regulation. “I think that the crypto industry still has somewhat of a ‘bro culture,’ with guys inviting their male friends, and I’d like to see them invite their female friends to meetups and events as well.”

Along the same lines, Allen Blue, co-founder of LinkedIn, suggests that the jobs people get depend upon their personal networks and suggestions. Men are entrenched in tech, and recommend tech jobs to their male, but not their female, connections. Blue sees serious ramifications to this trend that go beyond women’s personal career options and income. If tech jobs are the jobs of the future as AI and robotics take over other tasks, and those jobs are dominated by men, then what, asks Blue, could society look like in 20 years time?

What’s more, that could be just the tip of the iceberg.

Research has shown that diversity impacts success in every field, with businesses that have inclusive cultures proving more innovative and more financially successful. In crypto specifically, it’s felt that including more women would help stabilize the markets, because women are more cautious and less wildly attracted to risk than men.

John Coates, trader-turned-neuroscientist at Cambridge University, says he was originally skeptical about crypto simply because of the lack of women involved.

Additionally, crypto is an emerging issue that touches every field and has the potential to transform every discipline. If women are pushed out of crypto, it would drag down innovation across the board by removing diversity from every field.

Other observers sound even greater notes of alarm. Blockchain, the foundation of crypto, is an anonymized, deregulated field. Without strong female representation, there’s a serious risk that a dangerous gender gap will emerge that could be all the worse for being hidden. Blockchain and crypto are both driven by trust and diversity, but how is that possible if even basic gender diversity is lacking?

“If blockchain technology can, despite the hype, transform the world we live in, we’re doing it a great disservice. The lack of diversity among creators and the industry’s deeply entrenched sexism will only pave the way for more biased products.” writes futurist Yessi Bello Perez.

We’ve all read the hype that blockchain and crypto together can change the world, disassemble power structures and redistribute authority. If that’s the case, as Bello Perez notes, the brave new world that could appear upon the back of a male-dominated blockchain would be terrifying.

Gender diversity should be the focus for crypto in 2021

Cryptocurrencies grew up in a male-dominated environment, so it’s little surprise that women still make up a fraction of the industry. Although the “bro culture” of early crypto is changing, the number of women in the field hasn’t risen quickly enough.

With crypto promising to bring great changes to both the world of finance and the global balance of power, it’s even more important for individuals in the crypto field to do all they can to draw more women to jobs and positions of leadership within crypto. 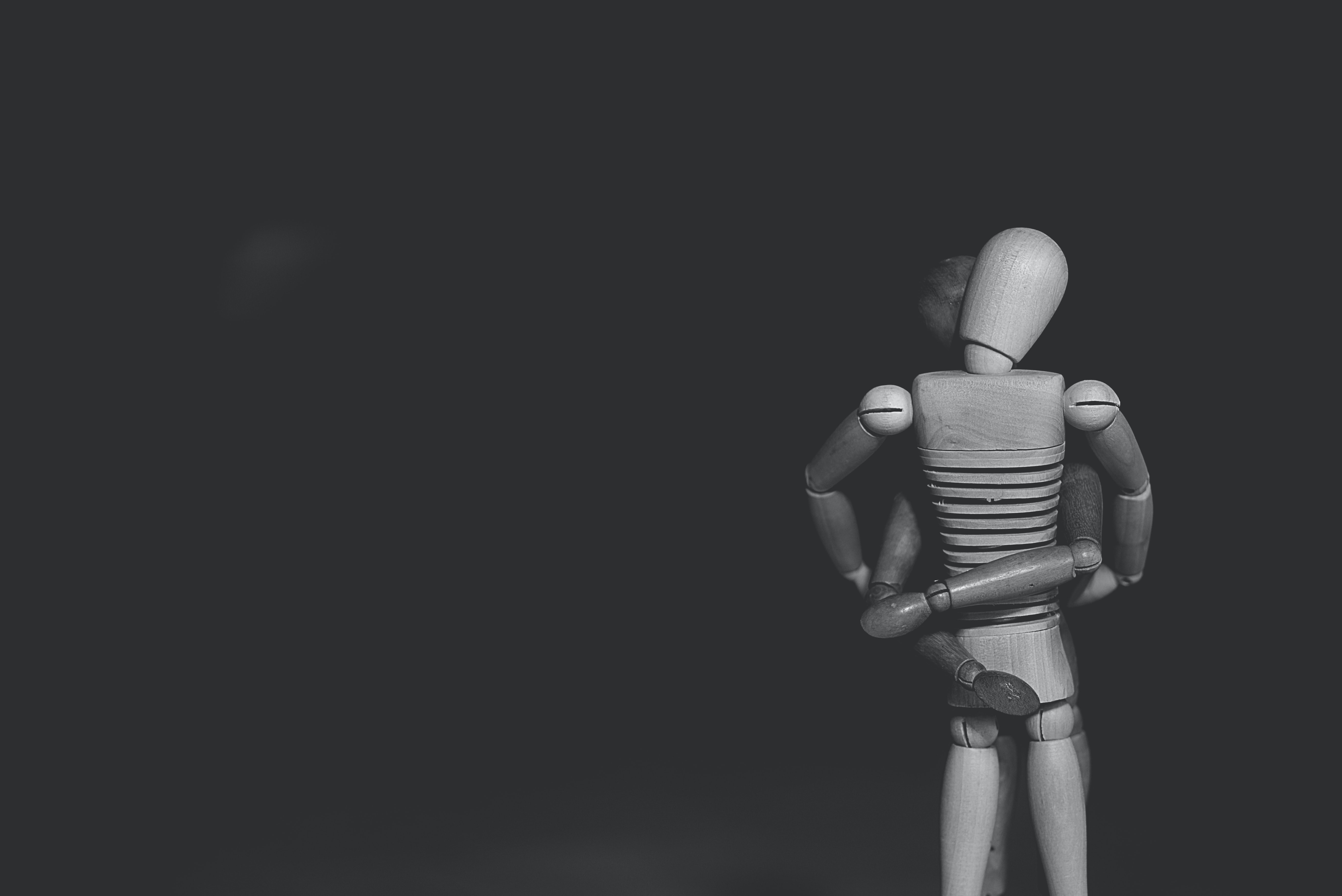