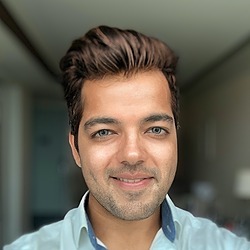 Over the last decade, ‘sharing economy’ emerged as a new socio-economic paradigm able to boost individual productivity, economic growth, innovation, and to liberate oneself, thanks to the ability of digital match-makers and markets to self-organize and cooperate for common goals.
Have an empty room? Rent it out to that couple on Airbnb who wants to experience the local style of living! Got an idle car and some free time? Sign up on Uber and drive that guy to his office!
The potential for positive change "theoretically" enabled by the sharing economy paradigm is massive but is hijacked by old school capitalist practices hidden in the architectural protocols of the giants who ride this wave today, acting as matchmakers between the providers of a service and the consumers.

Uber, Airbnb, and the likes show that the narrative built around peer-to-peer services is often subject to the rationale of old-school capitalism, rather than to the real sharing economy principles.
These companies have commoditized the vocabulary of sharing, without applying sound principles of sharing in any way. Their platforms, in fact, run on centralized applications and servers, which are, not surprisingly, entirely controlled by and support the goals of their private investors, but disguised under a deceiving, and apparently distributed ‘peer to peer’ experience.
Owning the digital platforms, they have maintained the typical structure of venture capital investment which aims at realizing monopoly rents by charging as high as 35% in commission and fees to facilitate matchmaking and are far removed from any logic of collaborative production whatsoever.
Neither the passengers nor the drivers can modify nor improve the app, and once they enroll in Uber, they are locked into its rigid rules. As a result, Uber owns all the data about their customers and drivers, making huge profits by exploiting those resources it gets for free by merely enrolling those customers and drivers, that too without rewarding them in any way.

How much will the first driver of Uber be rewarded for bootstrapping the company in its early days when Uber goes public? The same as the latest driver who signed up — $0.

Not surprisingly, these companies have drawn extensive scholarly attention for their potential dystopian effects on the economy and society at a global level, with particular regard to law compliance, labor relations, and consumer welfare. Here are Uber’s own words from its recent IPO filings — “Our business would be adversely affected if drivers were classified as employees instead of independent contractors.”

With over a decade long multi-billion dollar capitalist experiment conducted by the current platforms, it is evident that the sharing of value and the concept of distributive justice are strongly tied to the platform architecture design and they are unlikely to be achieved in centralized sharing economy marketplaces.
Distributed Ledger Technology (DLT), such as the Blockchain (the underlying technology powering Bitcoin), has emerged in this context as a new organizational paradigm, able to finally disrupt existing centralized sharing-economy marketplaces, promote open innovation and enable more equitable forms of cooperation between individuals through decentralized governance and distributed consensus.
The most revolutionary aspect of Blockchain is that it can run the software in a highly secure, decentralized environment. With a blockchain, sharing economy platforms would no longer need to be deployed on centralized servers; they can run on a truly peer-to-peer network that is not controlled by any single party. These platforms can be used to coordinate the activities of a large number of individuals, who can organize themselves without the help of a third party.
Ultimately, blockchain is a means for individuals to coordinate common activities, to interact directly with one another, and to govern themselves in a secure, transparent and decentralized manner, without involving a third-party whatsoever.

The Mythical Privacy in the Age of Bitcoin - And What We're Doing A...