Building dApps On Dash: An Interview With readme 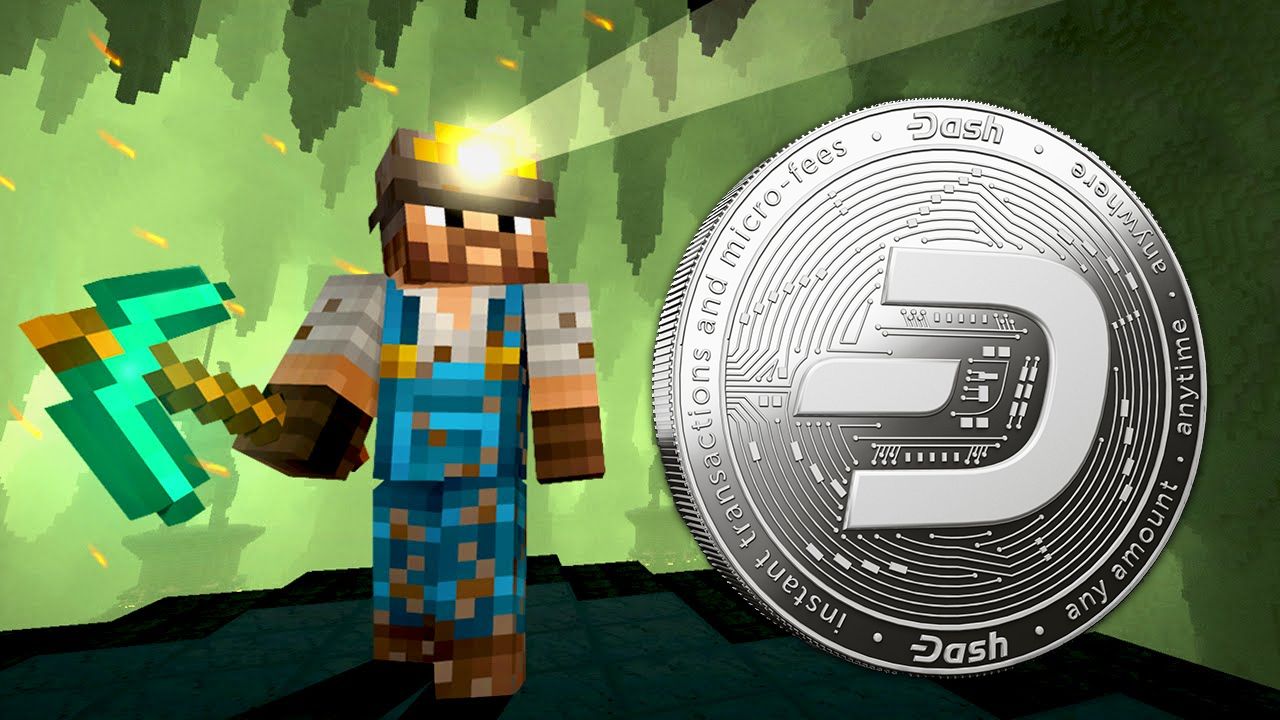 With Dash on track to release its long-awaited Dash Platform on Testnet before the end of year, strong developer interest is starting to ramp up in anticipation of its Testnet launch, and Mainnet launch is scheduled for Q1 2021.

According to the official documentation, "Dash Platform is a technology stack for building decentralized applications on the Dash network. The two main architectural components, Drive and DAPI, turn the Dash P2P network into a cloud that developers can integrate with their applications."

Dash Platform is currently in its Evonet developer phase with a growing community of devs exploring, building and testing the network to discover what's possible.

To learn more we reached out for an exclusive interview with an active Dash community developer using the alias 'readme' to get the inside scoop about Dash's exciting multi-year release called Dash Platform.

Why have you chosen to build apps on Dash Platform and not another blockchain?

I am highly interested in Web3, the Internet-Of-Things, Big Data and monetization aspects of these for an individual. The advantage of Dash Platform is that developers can begin coding straight away in Javascript and utilize the blockchain with its decentralized API (DAPI) for authentication, account interaction, meta-data storage and exploration - usernames on top of that lead to good usability for both: users and developers. What's especially interesting from a developer's perspective is the data driven approach of using Data Contracts to define an on-chain data schema. I see huge potential in the data driven approach and there certainly is a need for decentralized meta-data in Web3. Also the commitment from the Dash network to keep their fees low convinced me to build on Dash Platform, this is an important aspect for mass adoption.

What development project are you working on right now?

I took quite some time to explore the possibilities with the new data driven approach before choosing a topic that everyone knows - Non-Fungible-Tokens - and combined it with a game that everyone loves: Minecraft. So I am working on Non-Fungible-Tokens that store Minecraft build structures, also called schematics. I call the project “Dashcraft”. It is the kind of structure one can create using different building-blocks within the game - there is a purely construction based gamemode called “creative” for this. So it is like Lego, one can build anything, I personally like pixel art and abstract structures. In contrast to the announced Enjin-Minecraft integration: they will be storing game-items and -assets on the blockchain like weapons and armor. The build structures stored in Dashcraft are more art and utility related and can be created by everyone. The only constraint I set up on the Minecraft NFT’s is that each must be unique, so u can not submit an exact copy to the blockchain. The project consists of three parts:

The authentication and data submission is done through a simple browser wallet which I am also developing. This includes a variation of Push Notification service that is implemented on Dash Platform to communicate between the Minecraft Game and the Browser Wallet. The Dashcraft project has been finished recently and will be released on Testnet soon.

Do you foresee other gaming apps integrating Dash Platform functionality?

Yes, the ability to simply handle payment accounts with the decentralized API, usernames and Dash’s low transaction costs make it a great framework for developing in-game purchases, rewards and betting. There's a growing trend to store in-game items on the blockchain, and now with Data Contracts this is a great fit and makes a perfect match for game developers who want to integrate blockchain functionality. In order to use their login credentials game developers can utilize blockchain identities via usernames which will carry across a users profile, balance and contact list etc. In addition to this Dash’s instant settlement times and instant re-spendability solves a major pain point for game developers.

Is there anything else you are developing on Dash Platform?

I have started to develop a data oriented token standard. This is in an early phase of development but it's a very interesting research topic. Only the token variables and transitions will be stored on-chain in a Token specific Data Contract. The actual balance validation is done off-chain. This allows for the development of simple or complex tokens with any programming language and can have the advantages of scaling with low fees when compared to tokens that compute everything on-chain.

How does Dash Platform compare to building apps on Ethereum?

Ethereum is commonly referred to as the “world computer", this is because its computation occurs completely on the nodes. This is a key distinction between Dash Platform and Ethereum, at least in its first iteration. The intensive dapp computation on Dash Platform occurs on-client, or on the central server side. Dash Platform is focused on providing developers a framework for Web3 Dapps and payments via the DAPI (Decentralized API) for simple account creation and management. This is achieved by enabling usernames for login authentication and data submission. Additionally, Dash Platform provides the functionality of Data Contracts which serve as decentralized databases. A primary advantage of developing on Dash Platform is that a single username acts as a decentralized login to access unlimited apps while maintaining complete control over your own data.

Are there any other exciting community developer projects on Dash Platform you would like to mention?

In a recent video by Dash Platform community developers, four different Dapps were demonstrated; a basic username-enabled wallet named EvoWallet, a Twitter alternative named Jembe, a Point-of-Sale merchant app called Checkout, and a merchant back-end system called InStore. These Dapps are live and able to be tested on Evonet, which is a developer Testnet for Dash Platform. They showcase the potential of an integrated Dapp ecosystem that is made possible with a single decentralized login.

We are also working on an Ethereum integration for data storage and researching different Oracle solutions to communicate between the two blockchains. There's also a team working on a private messenger library based on the popular Signal protocol which stores its (obfuscated) data on Dash Platform. Additionally, one of our developers is working on a JavaScript Atomic Swaps library, and on the sidelines there is always active research going on for various topics such as verifiable computation, governance and privacy.

How can other blockchain community developers join the Dash dev community?

There's an ongoing bounty program to attract new developers. We also have an active developer discord and there's lots of example code and documentation available.

I would encourage developers from all backgrounds to join our vibrant community, you can earn rewards for various bounties for Dapp development on Dash Platform at https://dashincubator.app/ or learn more about the project at https://www.dash.org/developers/.

Our developer community is growing every week and that is something other coins are dreaming of. Dash Platform really opens up a new paradigm for blockchain programming. It needs some time to understand it but it has huge potential. There's already some crazy stuff going on under the radar and that's just with basic data contracts and simple javascript wallets. When Dash Core Group starts to add advanced functions for Dapp developers… things could go wild!

The Best Of Both Worlds?

The two leading blockchain projects Bitcoin and Ethereum offer very different market use cases. Where Bitcoin is being adopted as digital gold, Ethereum is a platform that developers can build blockchain-based Dapps which run on its network. However, what Bitcoin and Ethereum do share in common is that both of these projects are currently experiencing high transaction fees and network congestion. This is where Dash really excels and should turn heads from both camps as its decentralized network is an optimized scalable solution of powerful incentivized distributed servers that enable Dash's advanced functionality. Dash’s two-tier masternode network infrastructure of high performance servers has been active since 2015. This is Dash’s secret sauce as it’s able to scale on-chain to PayPal transaction levels while maintaining instant settlement and keeping transaction fees under a cent.

We have already seen Ethereum based project Zaigar switch from Ethereum to Dash ditching their own native ERC-20 token (ZAI) for Dash saving them thousands of dollars in transaction fees every month. Could this be the first of many? The eSports gaming platform ReadyRaider also opted to partner with Dash for subscriptions, purchasing in-game items from other players, tipping, and tournament entry.

Can Dash Platform rival Ethereum with its utility and functionality with data contracts, usernames, decentralized API and blockchain storage? One can assume from this interview that its success for the most part will be dependent on its ability to continue to attract community developers like 'readme' to build Dapps upon it's platform.

Dash has only 9.8 million coins in circulating supply. It's incredibly scarce, even more so than Bitcoin with a very limited supply available on exchanges due to 4.8 million from the 9.8 million coin supply being allocated to Dash masternodes currently earning 6% annual return.

Is Dash a sleeping giant?... Many cryptocurrency advocates are eagerly waiting for altseason to commence now that Bitcoin has recently surpassed its all time high. Dash is currently 93% down from its all time high in December 2017. However, it's fundamentals as a project have never been stronger than today. Dash's network activity, development, utility, use cases and overall acceptance has drastically increased since 2017.

The first decentralized app to be released on Dash Platform will be the official DashPay wallet which supports payments via simple usernames. The DashPay Alpha Program is now open for users to register a blockchain username and be able to test and explore the user experience and interface in order to get first-hand experience on the latest DashPay builds. New users are encouraged to test it out, give feedback, and connect with other Alpha users on the Dash development and test networks.

With Dash Platform's planned network enhancements and impressive on-chain network activity, it is obvious that Dash will be much more than a payments cryptocurrency in the future.