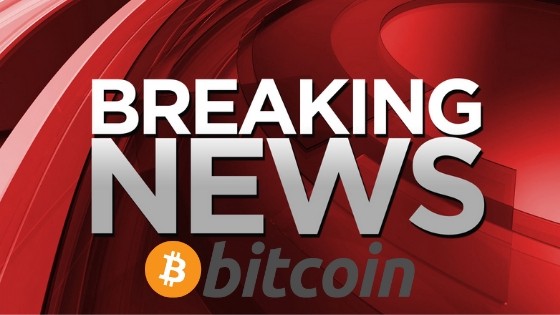 In July of 2018, RoninAi, a cryptocurrency trading SaaS tool, was well into development of its cutting edge Artificial Intelligence backend that would be the core that launched the trading tool platform above the rest. As data poured in, the RoninAi team worked on analyzing it alongside the powerful Ai.

While signs were very promising, the team and the Ai both noticed something very strange on July 27 between the hours of 1:00pm and 3:00pm EDT. For exactly these two hours, there was a sudden and unexpected upwards shift in cryptocurrency prices, specifically Bitcoin. The team was following developments by the minute, and data kept pouring in, making it undeniable that there was a clear manipulation of the market taking place and RoninAi saw every single part of the coordinate manipulation not visible to the human eye.

RoninAi gathers data across over 100 factors, one of which being social sentiment. Social sentiment has recently been proven by an alliance of educational institutions to be one of the key driving factors of Bitcoin’s day-by-day price fluxuations. RoninAi took a number of steps further, by parsing all sorts of pieces of social content, from Twitter to academic writing, traditional trading signals and everything in between. It then uses hidden successful algorithms (and new ones it creates) to rank current social sentiment from -10 to 10, with 10 being maximum positivity.

Why This Spike Was So Strange

On July 26, just one day before this attack, the SEC (Securities and Exchange Commission) rejected Bitcoin ETF, widely seen as a setback for the world’s largest cryptocurrency, but not something that would have a large negative impact in the long term.

Following somewhat negative news surfacing about the short-term future of Bitcoin (or any cryptocurrency for that matter), prices tend to have a momentary dip, and this situation was no different. Bitcoin experienced a rapid 5% drop following this announcement, and settled between $7,800 and $8,000. This price was expected to remain around this level for the near future, but on July 27, with no notable cause present, Bitcoin spiked back to its pre-dip levels.

How the Ai Knew This Was Coordinated Manipulation

As it is very clear to see, the social sentiment analysis done by RoninAi showed generally neutral social sentiment for several days, but during this specific two hour time window, it went to over 8.0, indicating an extremely sharp positive upswing in social sentiment that could not be caused by a naturally occurring change in social sentiment. Instead, the only logical explanation was that there was a coordinated effort to directly influence Bitcoin’s price in the short term as a means of making profit, known as pump-and-dump. This specific pump-and-dump time period can be seen when taking a closer look at this graph:

When the RoninAi team examined this anomaly further, it discovered that the Social Subjectivity score also went through the roof, which means that the social sentiment being analyzed during this time was particularly subjective, indicating wild and unproven theories were being pumped out.

All of this data led the RoninAi team to exactly the conclusion that the Ai had during this time period: a group of individuals engaged in an intentional manipulation of the Bitcoin market as a means of making a quick buck. Their strategy was somewhat advanced, as many are not aware of just how influential social sentiment is in determining Bitcoin’s price.

Where We Go From Here

This news would undoubtedly be a little unsettling for most, especially those involved in cryptocurrency trading, but the good news that RoninAi was able to detect this immediately should give hope that Artificial Intelligence has the capability to pinpoint these intentional manipulations as they are happening.

This is likely not the only intentional manipulation of the market that has occurred recently, and it would be surprising if there weren’t any similar attempts made in the future. For now, cryptocurrency traders must take this into account and find some way, through a trading tool like RoninAi, to stay on top of, and even capitalize on, these types of events.