Blockchain Use Cases: Cutting Through the Hype

Since 2013, blockchain startups have raised over $23 billion, with the vast majority of that investment coming from Initial Coin Offerings (ICOs). Between eliminating intermediaries and having short investment timeframes, the advantages of crypto fundraising proved to be massive.

Over the past couple of years, a variety of new fundraising methods have also become available to entrepreneurs and blockchain developers. As a result, many are now considering alternative options such as Initial Exchange Offerings (IEOs) and the more regulated Securities Token Offerings (STOs). For some companies, raising the traditional way through equity raises has also proven to become more popular and sustainable.
Needless to say, new blockchain ventures are now a dime a dozen. This is further evident by the fact that there are now over 5,000 cryptocurrencies available on the market. In 2017, that figure was closer to 2,000.
Despite volatile market conditions, blockchain entrepreneurs have powered through regulatory uncertainty and changing markets to continue building decentralized services, products, and technology.

A Noisy Landscape With a Hopeful Future

While the abundance of blockchain-based projects may seem like the industry is flourishing with promising new ventures, that is unfortunately far from the truth. Similar to the conventional startup ecosystem, many blockchain ventures struggle to attract and maintain a healthy user base and are abandoned after a few short months.
A Deloitte report titled ‘Evolution of Blockchain Technology: Insights from the GitHub Platform’ claimed that approximately 92 percent of open-source blockchain projects launched in the year 2016 had been abandoned by the end of 2017. Furthermore, regulators such as the United States Securities and Exchange Commission (SEC) have noticed an uptick in malicious activity surrounding blockchain fundraising. The SEC has halted and prosecuted dozens of blockchain startups for allegedly misleading investors, embezzlement, and selling unregistered securities.
As a result of these factors, investor uncertainty with token-based raises has never been higher. Many projects, even those being launched in 2020, lack clear vision and utility. This has made the entire crypto and blockchain asset class seem less desirable to investors and early adopters than only a couple years prior. Like with any emerging asset class, education and trust are essential to gain new interest.
One way of doing this it by living up to the industry's core belief of decentralization. For example, there is a small class of cryptocurrencies that were launched out of foundations that act as innovation hubs and often community-driven authorities. One example is the Telos Foundation, which is in charge of promoting the Telos blockchain and network, which is helping connect purpose-driven people and resources. The foundation is set up as a not-for-profit, and unlike most blockchains, does not hold any voting power or big reserves of the tokens, but instead works for the benefit of the chain and contributors.

The responsibility of the foundation is to act as the marketing arm and to help promote adoption through education and awareness. By lowering entry barriers and making the technology relevant to the mass market, the foundation is ultimately helping solve blockchain’s biggest challenge.

It is also important to note that there are still a multitude of verticals and industries where the potential of blockchain is quietly gaining momentum. In the following sections of this article, we take a closer look at which sectors could face massive disruption from this technology.

Centralized media and distribution platforms such as YouTube are increasingly finding themselves in the midst of controversies that range from opaque monetization practices to less than ideal recommendation algorithms that are constantly changing.
Blockchain aims to solve these issues, and many others, by offering a more decentralized and democratic approach to the entertainment industry. Similar to how cryptocurrencies did away with the need for banks and financial institutions, blockchain-enabled media platforms are offering a platform for content creators and entertainers that is free of intermediaries and third parties.
Naturally, this increases the level of transparency, which in turn, increases the amount of compensation the artist gets. A recent report found that the blockchain-backed entertainment industry is projected to be $1.5 billion by 2024, led by some notable names such as Disney (, Audius (backed by Kleiner Perkins), FilmChain and more.

Other forms of media, including journalism, also stand to benefit immensely from the technology. Most news organizations currently rely on advertisers for funding, which can sometimes lead to conflict of interest.

With blockchain, however, platforms like Brave Browser are offering a new revenue model that is reliable, efficient, and less intrusive than modern ads. This has attracted more than 10 million active users for Brave.

Healthcare is another industry that is riddled with inefficiency and ambiguity. In addition to offering more transparency by reducing the number of intermediaries, blockchain could disrupt the industry by increasing automation.
Smart contracts, a relatively new technology that allows programmable contracts to be executed without human intervention, can revolutionize several aspects of the healthcare supply chain such as reporting and
The potential of blockchain to disrupt healthcare was highlighted in this recent report by Deloitte, which noted how the industry could benefit from blockchain.

For example, insurance providers could benefit from smart contracts, which will ultimately make tasks such as claims management, underwriting, and policy issuance far more trivial.

The industry currently relies heavily on paper records, which blockchain can entirely replace with a secure and immutable digital ledger. This means records would be more organized, secure, and accessible.

As free speech becomes an increasingly important consideration for many countries around the world, blockchain and cryptocurrencies could help decentralize communication. Bitcoin, for one, has always been lauded for its censorship-resistance. In other words, data on a blockchain is etched permanently. They can be read by anyone, but never modified.
Security and convenience are some other aspects of communication that could be improved with the technology. Aloha, for one, is a blockchain-based project that aims to help its users monetize their unused mobile data by sharing bandwidth with people around them. In exchange for their spare data, Aloha grants these users loyalty tokens.
Aloha tokens can later be redeemed against other currencies or products and services on partner platforms. In this way, Aloha is not only solving the problem of blockchain adoption, but also that of internet penetration.As we can see, convenience is a key aspect of applying blockchain in the real world and is arguably the most important request from users.

While we explored three industries where blockchain could prove to be disruptive, this list is far from an exhaustive one. Similar to other emerging technologies, decentralization and blockchain technology will likely have far reaching positive impact in almost every major sector. While it is still too early to tell which application will lead to mass adoption, the number of companies with millions of users increases consistently and shows that blockchain is likely here to stay.

How To Create Blockchain S3 Storage with Filebase 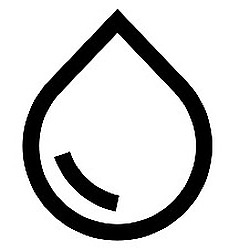 Decentralized web / dWeb - what is it? 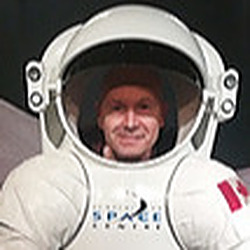