Betting on Blockchain: How Online Gambling Will Drive Mass Adoption

Originally published by Mina Down on November 26th 2018 515 reads 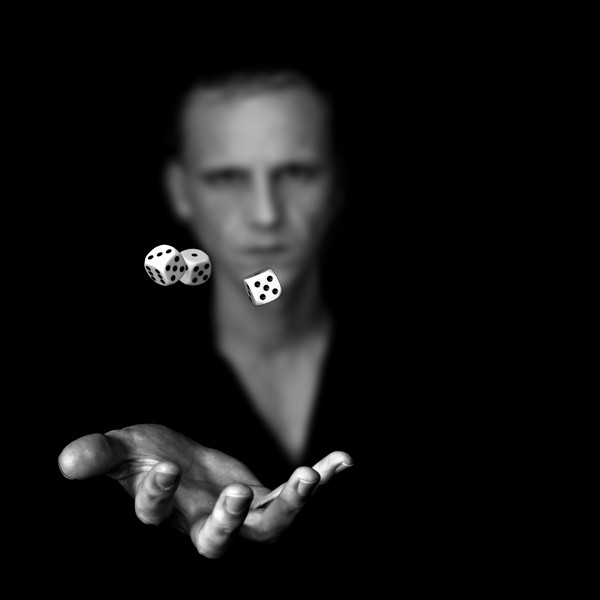 The recent drop in cryptocurrency prices might be discouraging to some traders. However, those who are passionate about the underlying technology of the blockchain are more excited than ever. The reason? More blockchain projects are turning into real-world applications.

One astute entry point for blockchain startups is online betting and prediction markets. First, there are lots of ways the decentralized, immutable, and transparent qualities of blockchain could improve existing online betting/prediction market options. Second, on May 14, 2018, the Supreme Court of the United States struck down a federal law that banned gambling on sporting events. With the lifting of the legal prohibition, therefore, the online betting sector is ripe for disruption from blockchain projects.

One project hoping to take advantage of this is Waykichain, a blockchain startup that is creating what it describes as a “backbone infrastructure” for blockchain 3.0. Waykichain is known in China but could soon gain recognition overseas thanks to the launch of its new betting/prediction dApp. It is betting on the fact the dApp will attract new users to its network. In turn, expanding its business model to overseas markets.

Three parties are co-developing the Waykichain ecosystem system: WaykiChain core developers, open source community developers and third-party business developers. The WaykiChain core developers provide technical standards and community incentives to drive the development of the ecosystem. Using the underlying infrastructure of the public chain and smart contracts, others can develop decentralized applications and build their brands with blockchain endorsement.

WaykiChain officially launched its mainnet on May 13, 2018. The public chain uses a DPoS consensus mechanism and has a transaction speed of 1000+ per second. This is 30 times faster than Ethereum. On May 18, WaykiChain became the first blockchain project in the betting/prediction industry to launch its own dApp.

WaykiChain has created several tools to showcase the functionality of its network. One of these is a dApp that anyone can use as a template to create a blockchain-based online prediction platform. WaykiBet is the first smart contract based dApp released by the WaykiChain team. Anyone anywhere in the world can use it to set up an online prediction market.

There are many differences between traditional betting and blockchain based betting. These include how games are funded and how much information is provided to the players. Thus, WaykiBet makes it possible to create decentralized prediction and betting games, which are more fair and transparent than centralized online betting options. Users can track the game records through WaykiChain’s blockchain explorer at any point. After a game is over, a smart contract automatically calculates the results and delivers payouts, with no manual participation required.

WaykiBet has been downloaded over 130,000 times since its launch in May 2018. A new version released in November 2018 (v2.5) has features that make it even more accessible for third-party developers. Now they will be able to develop game applications in just a few clicks.

WaykiChain’s blockchain infrastructure has applications in a variety of industries. Prediction markets are merely a starting point for drawing in new users and showing developers what can be done with the WaykiChain platform. In this sense, decentralized prediction is not the core of what WaykiChain is offering. It is a good market entry point to showcase its business model and drive market expansion.

The WaykiChain team released a second dApp called WaykiTimes. Though it is mainly designed for WaykiChain users and cryptocurrency investors, developers and business partners. WaykiTimes is the official source for the latest WaykiChain updates. Moreover, it has a wallet function, as well as news and community modules. It also works like a social network. Thus, users can post and comment in the community and discuss hot topics with other crypto enthusiasts.

Once the public chain is operating and stable, WaykiChain will run an open API so developers anywhere in the world can develop applications on WaykiChain. WaykiChain creates its smart contracts with Lua scripts. Lua was developed in Brazil in 1993 and is widely used. WaykiChain chose it because it is easy to learn and use by community developers.

WaykiChain is one of several new projects aiming to be the foundation of blockchain 3.0. Arguably, it is one of the most promising. WaykiChain’s public chain is already operational and capable of processing more transactions per second than Ethereum. Moreover, this throughput will increase as different sidechains are added.

WaykiChain is also creating an infrastructure to integrate blockchain technology and real-world business applications. Thus, WaykiBet is simply a development template that anyone can use to build and run a blockchain-based prediction market. The choice of prediction markets as an entry point for broader adoption is smart. Blockchain has a lot of benefits to offer the industry and the new legal framework in the U.S. means it’s a good time for new entrants. Thus, the success of WaykiBet will drive WaykiChain’s push into overseas markets. However, it will also help drive the mass adoption of blockchain and the next generation of its technological development.