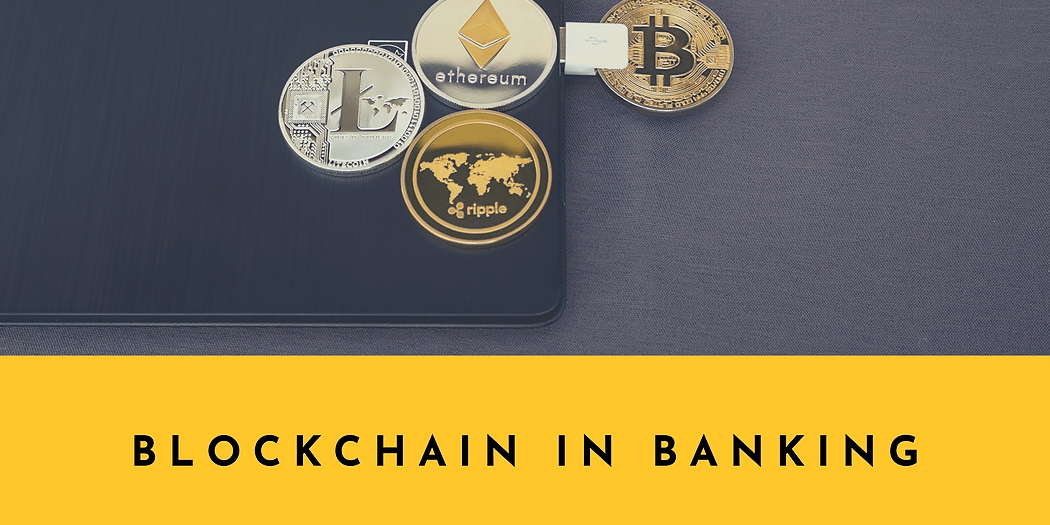 By now, if you have read about blockchain technology, you might have an idea about its potential. Bitcoin made its spectacular announcement as a result of the financial disaster led by centralized banks and government, back in 2009. But, is bitcoin free from its own vices? Also, after the financial disaster, have banks learned their lesson?

Today, we are not here to point fingers or pick sides. Instead, why not make an extraordinary product by combing the best of the two worlds.

Cryptochain Sphere loves statistics. Let’s look at some of the future figures and insights.

According to this research, deployment of blockchain technology can save banks more than $27 billion annually by 2030.

Findings from this research, done by Accenture, banks can potentially save more than $10 billion in annual cost savings, by implementing blockchain technology in banking infrastructure. The report also says that blockchain can reduce bank infrastructure costs by almost 30%

This article says, 90% of European and American banks are already exploring blockchain.

According to a report by PWC, 77% of financial incumbents will adopt blockchain as a part of systems or processes by 2020.

So, now that we have covered the ‘why’ portion of blockchain in banking, let’s focus on the ‘how’

The Fintech industry has evolved quite a bit in these past few years. The banks, which used to conduct all of its operations within the brick and mortar walls, have fairly expanded its horizons. Few clicks on the smartphones in the vicinity of our home have now become second nature to us. With the world getting more and more digitized, it becomes imperative for the financial institutions to keep up with the pace.

However, the question we are asking ourselves is this: Is the current banking infrastructure sustainable for the future?

Almost 45% of Financial institutions like stock exchanges are prone to financial frauds daily. It still takes days, to transfer money from one continent to another. Not to mention, the high fees that are imposed upon. Even after this, the settlements of funds and the ledger entries take days, if not months. Important information in trade finance is still conducted through fax. Millions of dollars are spent annually to conduct due diligence check such as KYC, each year. Even after the digitization, much of the banking infrastructure still involves paperwork and files stored in siloed cupboards.

To sum up, in one word, the current banking infrastructure is highly lacking, for it to sustain in the future.

The distributed ledger technology can potentially save banks billions of dollars annually by reducing costs, performing efficient and faster transactions, and providing one uniform ‘ledger’ copy across multiple platforms in an ecosystem. The implications of an immutable digital ledger, based on truth, has its implications not only on the financial sector but across multiple aspects in the society- under one ecosystem. 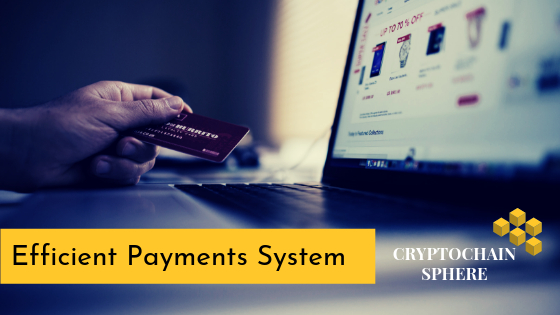 While we have got to the point where sending money to someone can be done by clicking a few buttons, settling the same money, within minutes is yet another story. This holds true, especially for cross border transfers. The settlement of money takes anywhere between 3–7 days. The industry also involves multiple third parties in order to carry such transactions across borders. With each party getting its own cut, the transaction fees keep on multiplying

The Distributed Ledger Technology permits anyone to transfer and receive funds across the world in a matter of minutes. Bitcoin is the most acclaimed proof of this concept. With the help of blockchain technology, the funds are instantly transferred, across borders. The ledger provides a way for unknown people to conduct efficient transactions without the need of any third party. This invariably removes the additional costs and hence lowers the transactional fees implied upon. 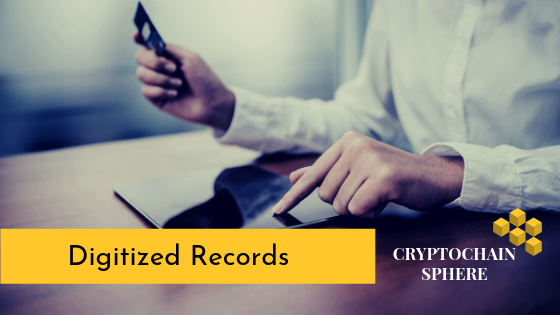 At present, each bank has its own record keeping. It involves a lengthy process, manual recording, and tedious methods. It has major flaws. Since it is still manual, it is subjected to faulty entries. The centralized ledger of the bank is also susceptible to frauds. The procedure is lengthy and hence the settlement entries might eventually take days.

Blockchain technology, or the blockchain ledger, provides an extremely sustainable solution. First and foremost, the ledger records each transactional entry and action. The ledger remains uniform across all the stakeholders. Any transaction or action updated in one copy simultaneously gets updated in all the copies across the platform. The ledger is constantly updated in real time. It also remains immutable- Once recorded, the entries cannot be modified or deleted without other stakeholders noticing. The entries are forever timestamped and can be accessed by anyone who has the permission. The transparent and secured ledgers across banking platforms can help save billions of dollars annually. 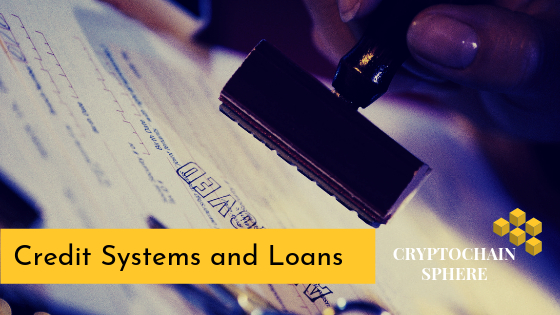 Applying blockchain technology to the banking infrastructure has massive outreach in this area of loans and credit. The present traditional system offers loans based on the credit system. The credits (based on assets and past history) of individuals are evaluated by credit bureaus. These centralized bureaus record the individual’s credit history and based on this, gives them an equivalent credit score. This credit score determines whether the individual qualifies for the loan amount, the interest collected on the loan, etc.

However, this age-old method of loan approval has its own loopholes. Not every individual has his own credit history, hence making it very difficult for him to get the loan amount. Research suggests that the credit scores evaluated are unjust and it negatively impacts the individual’s capacity to obtain loans. Moreover, centralized credit evaluation bureaus are prone to hacking and fraudulent activities. Even after evaluation checks, the loan default amount continues to rise year after year. The present centralized, biased, inefficient, and ambiguous system of lending is incompetent.

Blockchain in banking provides a better evaluating system for sanctioning loans. Blockchain technology enables an integrated system of a global credit score. An ecosystem enveloping a person’s digital identity, the approved assets, past history of payments, legal track record, time frame, tax history- under one system. The blockchain based system of giving global credit score can be transparent, secure and decentralized. The global credit score is based on the documents that are verified and approved by the authorities. This drastically reduces the risk of fraud. 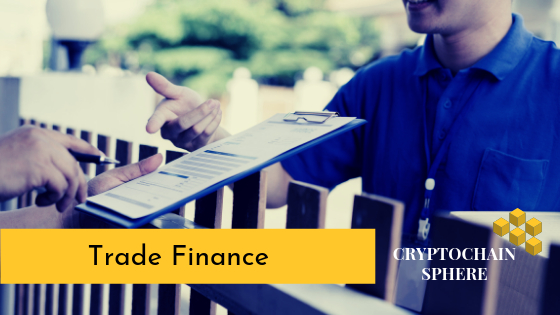 Trade Finance ensures that International Trade is carried out swiftly between the exporters and importers. Effective trade finance mitigates risk, prevent frauds, extend credit and help two untrusted enterprises across different borders to carry out productive trade activities. However, the current scenario still relies on predecessor methods. The industry still operates on manual documentation and duplicated copies of the same document. The settlement between banks is lengthy and yet paper-based. Physical letters of credit from one party’s bank to another party’s bank are still often used to ensure that payment will be received.

The distributed technology ledger can provide a single truth across the multiple stakeholders.

This reduces the amount of paperwork to be generated. Also, there is no need for the constant back and forth between stakeholders in order to pass information. The ledger automatedly ensures that stakeholders are updated with real-time information. The digital ledger records each piece of information in the supply chain. The origin of the product, its history, shipment movement, delivery- each action is permanently timestamped on the blockchain. Any stakeholder, with appropriate permission, can access this piece of information at any point of time.

Earlier, we discussed how the cross border payments can be made efficient with the help of blockchain technology. However, the story doesn’t end here. One step further, blockchain in banking, powered with smart contracts can turn the most complex trade finance functions into simple effortless techniques. Blockchain will add value to the trade finance industry by ensuring the efficient movement of money as well as goods. Smart contracts are a set of autonomous instructions that are executed when certain predefined conditions are met. In respect to trade finance, such smart contracts can be enforced. This creates a value-based system- one which is focussed on the delivery of money as well as goods. 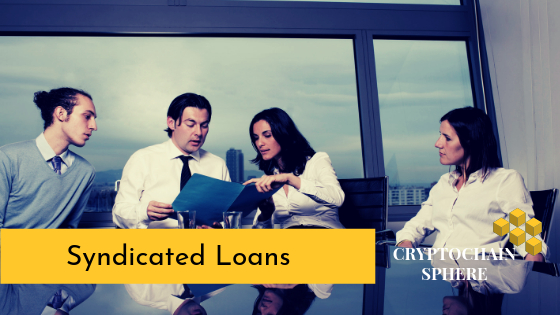 A syndicated loan, also known as a syndicated bank facility, is financing offered by a group of lenders — referred to as a syndicate — who work together to provide funds for a single borrower. The number of Syndicated loans has significantly increased in the past few years.

The present process is time-consuming with multiple intermediaries including the lead arranger, the syndicate members, organization and banks- at various junctions. The intermediaries like agents charge heavy fees due to the risk as well as administration needed at each checkpoint in the loan process. Much of the work, even today, is done through manual processing. Lack of technological innovation increases the scope for fraudulent activities. Additionally, the delayed settlement cycles cause locked up capital as well as increases defaulter risk.

With the help of blockchain and smart contracts, the selection criteria for syndicate members becomes accurate and autonomous. The digitized contracts, agreements can be validated at each point by the various involved stakeholders. There is no need for creating multiple documents of the same copy. The financial structure can be integrated with digital identity checks such as KYC. Hence, this helps to reduce the need for due diligence check at each point.

Much of the discussion above is yet very theoretical. When we take a practical check, blockchain technology still has a long way to go. However, at the same time, we cannot ignore the fact that it does hold immense potential in the banking sector. The present model of global banking and finance is hardly sustainable. We need to bring more innovation and technological variations in this industry if we want it to sustain for future developments.