Is Blockchain a Viable Opportunity for Startups in Indonesia? 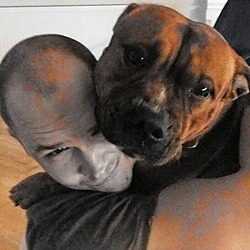 This article provides information on the problems faced by small businesses in emerging countries where banking, other financial technology (fintech) solutions, and identity management are not adopted adequately, and how these problems could be solved using blockchain technology backed by mobile internet usage.

Much like how the roads need traffic lights and modern states would not work without the rule of law, a good reputation and provable trade record is what defines success or failure in almost any business nowadays. In a word, these aspects comprise  “creditworthiness”, which is the key factor for banks and other financial institutions when deciding whether to do business with (for example, provide a loan to) a specific company.
This is an especially vital point when talking about micro, small, and medium enterprises (MSMEs) in emerging countries. This is because status and reputation are lifelines that help MSMEs survive when unexpected market conditions (such as a supplier closing) occur.
MSMEs are a vital part of any evolving economy.
In Indonesia, MSMEs create 89% of all private-sector employment and account for more than 50% of the GDP. In addition, according to the Purchasing Power Parity economic theory (PPP), Indonesia will hold the status of the 4th largest economy in terms of Gross Domestic Product (GDP) by 2030.
However, even though they are the beating heart of the Indonesian economy, many of these small companies lack of access to financial technologies like personal banking or cloud-stored accounting. This, in turn, makes it difficult for such companies to provide a formally valid and reliable record of business and trade credibility. All those facts make financial institutions reluctant to provide a loan when governments are not able to offer economic support. To exacerbate the problem, small businesses are struggling to join already running marketplaces dominated by big and established companies that have already amassed great amounts of business know-how and customer loyalty.

A Problem and a solution

Accessibility
The thing we can relate to is Indonesian’s excitement over mobile internet/app usage.
In many parts of the world, people don't have a standard PC with a cable or wifi internet connection. This is an obstacle for them when it comes to making records, accessing financial institutions services, and communicating with partners.
The majority of indonesian internet traffic is mobile and only about a 3rd of the population has an actual bank account.

Instead of a PC with an internet connection, they can use smartphones and their mobile data from mobile network providers since there is excellent signal/internet penetration in places like Indonesia.
Mobiles could solve the problem of the lack of traditionally conceptualized internet access via PC and a blockchain-based application could embrace and parent all possible applications under one roof.
A publicly accessible profile, representing a form of identity management between the users and institutions, originating from this fusion can be used for verifying a users creditworthiness and defining their business profile (identity management).
A platform and a database
The solution to this problem could be a blockchain-based and business-oriented data infrastructure, on the basis of which the public profiles of those companies could be built and mapped. This would allow internet searchability, verification elements like Know Your Customer (KYC), as well as the means for inter-company and seller-buyer data exchange. Ultimately, adopting blockchain would provide MSMEs with the ability to join a fast and low-cost global exchange network where everything is done in a secure, decentralized manner, and without a single point of failure.

A business-oriented blockchain-based data infrastructure designed for MSMEs could be described by below-mentioned features:
Infrastructure like this leads to facilitating trustworthy data exchanges in a specified platform so that MSMEs can meet their needs for financing and business services without unnecessary intermediaries. In turn, this can ensure a prosperous and growing MSMEs’ economy, which ultimately leads to the sustainability of a country’s economy.

The paragraphs below provide an example of blockchain-based solutions and a company that delivers identity management in mutual collaboration.
In June 2019, Tokoin, as a blockchain-based project operating in Indonesia, participated in a workshop aimed at accelerating the growth of MSMEs organized by the Indonesian Ministry of Trade, hosted in Malang, where they shared their vision about solving problems of small companies using the blockchain technology for identity management.
Tokoin aims to create a trusted and reputable profile for MSMEs by assembling non-financial data from MSMEs (such as the data submitted in the KYC protocol) to be developed into a digital business ID. Data from daily business operations that were previously scattered would also be transformed into a digital ledger to strengthen the digital profile of each business and grant it a solid reputation.
Tokoin also believes that their cryptocurrency tokens could be contributed for purchases inside the platform in the near future. The current form of payment in Indonesia has to be set in Indonesian rupiah currency, but according to Tokoin COO, Eddy Christian Ng, Indonesia’s government representatives have recently been very supportive towards the ideal usage of cryptocurrency tokens as a commodity for investment ecosystem.
The Tokoin ecosystem now hosts 100 000 users and expects growth up to 500 000 active customers in Q2 2020. To mention the scope of field, the current number of MSMEs in Indonesia amounts to 56 million.
Tokoins closest competitor is the China-oriented Zhima Credit company which is claimed to be the first credit agency in China to use a score system for individual users, using both online and offline information. Even if they use slightly different data instruments, it could serve as an illustration which will help the reader to obtain a comprehensive view of the matter.
Zhima Credit, also known as Sesame Credit, is a private credit scoring and loyalty program system developed by Ant Financial Services Group, an affiliate of the Chinese Alibaba Group. It uses data from Alibaba's services to compile its score. Customers receive a score based on a variety of factors from  social media interactions and purchases carried out on Alibaba Group websites or paid for using its affiliate Ant Financial's Alipay mobile wallet. The rewards of having a high score include easier access to loans from Ant Financial and having a more trustworthy profile on e-commerce sites within the Alibaba Group. [1]
These two companies now compete in a shared area of interest but mutual collaboration could establish solid footing for a real Asia blockchain adoption which could serve to billions of people. Companies are really only as valuable as they are perceived by the potential users, so only time will tell which model is more beneficial to MSMEs and if the potential cooperation could even happen.
We have seen a similar scenario in the Open Source area of interest between Windows and Linux; Past rivals are now partners that are defining a way of a software development.

Why is Blockchain a good solution?

Accessibility and proper data managing using Public and Private chains
The beauty of using blockchain lays in the consensus, the governance, for the Indonesian market. The mobile penetration is extremely high and the blockchain is needed to secure the data and manage the identity of the MSMEs, which has always been the biggest problem in Indonesia. Not just MSMEs' identities, but personal and even land registry or other identity-related things. Blockchain can also be permissioned or permissionless; thus, a mix of both concepts would give the best solution for data and identity management.
The combination of Public and Private chains provides a good compromise for accessibility to sensitive data and, at the same time, an allowance to publicly share and exchange information.
Security
Traditionally, electronic security focuses on authorization, authentication, and access control. These mechanics are intended to keep unauthorized users from accessing or modifying data. However, when it comes to authorized access, either on application or system level, it does not provide any protection. Blockchain enables tamper resistance for data through distribution over many systems that are run and managed by independent parties. This is ensured by the architecture of the blockchain, where every piece of data has thousands of globally distributed copies. A potential attacker intent on breaching the certificate would have to compromise the majority of the data distribution at the same time, which is extremely hard, expensive, and with a well-designed blockchain almost impossible.

Some world's economies are still catching up, but accepting innovative technologies that are easy to adapt and can supply those regions with proper financial substitutions can foster real and fast progress.
In some regions, people try to improve their situation and develop their businesses while struggling with a lack of government support and fintech adoption. Overcoming those problems is one of the main hallmarks of cryptocurrencies, as people can use them to bypass obstacles posed by the overbearing authorities and achieve their goals.
This is why cryptocurrencies are still illegal in some countries, but there are also countries, such as Estonia, where the government accepted and endorsed the use of blockchain and cryptocurrencies as a medium in green energy procurement and trading platform, and their economies have benefited as a result. After all, this technology has not been invented to make people rich, but to make what we do more fluent, secure, and in some parts of the world, actually possible.
Blockchain allowed people to be their own banks in systems where they lacked the possibility to have a bank account, made it impossible to provide fraudulent proof of authenticity of goods, and prevents the issue of double-spending in digital transactions. Still, there are many other aces this technology can pull out of its sleeves.
Indonesia is arguably the most important internet market in Southeast Asia as a result of its sheer size, emerging middle class, and digitally savvy population. A blockchain adoption in those countries could foster its global acceptance overall.

Where some may see cryptocurrencies as a troubling phenomenon in need of regulation and restriction, others can see a helping hand guiding them to catch up with the rest of the world. In a way, both views are correct, and only time will tell if they can be reconciled.

Blockchain and ISO sharing a drive