Blockchain And Water: Everything You Need To Know.

A story of conflict, monopoly and waste…

It’s hard to imagine a single day without running water. Well, 4 million people woke up to this living nightmare in Cape Town, South Africa last year. Officials predicted the city had 6 months of reserves left. Through collective action and some unusually lucky rainfall in the region, they narrowly avoided running out of water. This is not the end of South Africa’s water problems. Climate change and poor water management continues to contribute to water scarcity, raising tensions at political, economical and neighbourhood levels.

Other countries face the same fate. Beijing, Tokyo, London, Istanbul, Barcelona and Mexico City will all see their day zero in the next few decades unless the world acts fast.

But empty water reserves aren’t the only problem. In 2018, 2.1 billion people still don’t have access to safe drinking water.

Yet it is so easy to take for granted. After all, more people have access to clean, running water than ever before. Most of us assume the water coming out of our taps is cheap and infinite. It is only when we look at the bigger picture that we realise just how valuable water is.

The True Value Of Water

There are 326 million trillion gallons of water on earth. 97% is salt water and undrinkable. 2.5% is fresh water, but most of this is trapped in the poles or deep underground. This leaves us with roughly 0.4% to share amongst 7 billion people and even more livestock (1.5 billion cows and 19 billion chickens). It also has to be shared with our entire industry and agriculture sectors in a way that supplies them with enough water to function. Climate change, ageing infrastructure and the developing world aspiring to consume like the West all drag us further into water scarcity.

To make matters even worse, humans are quite famous for their inability to share resources fairly. Wars have been fought for water throughout human civilisation. The cycle of corruption and conflict continues to this day.

Take Yemen. A vicious cycle of water mismanagement has fuelled a political crisis and led to a society highly distrustful of central government’s ability to control their water supply. Or how about the long standing conflict between Indian States Karnataka and Tamil Nadu. An increasingly drier climate over the last few years has reignited fighting in the area. Legal battles triggered massive protests as people fought for the water that keeps their families alive.

Jumping to the other side of the world, water was privatised by the Bolivian Government in 2000. This escalated into the “Water War of Cochabamba”. After wide-scale conflict, the city’s water was renationalised and received new legal backing. Yet due to recent water scarcity, some areas of the Bolivian countryside lost 90% of farmland during the worst drought in 25 years.

The less water in a region, the more valuable it is. For many communities and families, this is a matter of life and death. But for a small handful of people, it is an opportunity for money and power.

The financial world has been watching the world’s fresh water supply very closely. Goldman Sachs predicted that water will be the petroleum of the 21st century and they have acted with vested interests accordingly. This investing powerhouse is not alone. Other powerful finance groups like JP Morgan, Barclays, HSBC and Allianz are consolidating their control over water.

But water grabbing isn’t just for financial institutions. Wealthy tycoons, such as former US President George H. W. Bush and oil magnate T. Boone Pickens, are buying thousands of acres of land with aquifers, lakes, water rights, water utilities, and shares in water engineering and technology companies all over the world.

So why is this a problem? Take the well publicised case of a citizen from Oregon, USA. Gary Harrington was put in prison for collecting rainwater on his private land.

To put this into perspective, billionaire T. Boone Pickens owns more water rights than any other individual in America. He has rights to drain 200,000 acre-feet a year. But ordinary citizen Gary Harrington is arrested for collecting rainwater runoff on 170 acres of his own private land. When laws are designed for the powerful to stay powerful, inequalities like this are an inevitable consequence of centralised water management. If water is controlled or owned at a single point of power, it will always be vulnerable to corruption or mismanagement.

To solve these problems of unfair water distribution and monopolies, we need more transparency. Can the fourth wave of industrial revolution provide the answer? Blockchain technology plans to provide water transparency on a massive scale.

Blockchain is a secure, transparent and distributed public ledger that records transactions between parties. If a public blockchain is used for water quantity and quality data, the information can’t be hidden or changed by the corrupt behaviour of governments, corporations or powerful individuals.

This has ushered in a new level of access to information and real-time approach to water management. The data on water quality and quantity can now be used to make better decisions in times of increasing water scarcity.

Imagine households, industry consumers, water managers and policy makers all using this information to decide when to conserve or use water. Compared to a centralised water manager prone to corruption and vested interests, this seems like an ideal step in our evolution towards a fairer and smarter water system.

Pilot studies have been launched in Hong Kong by the company WATERIG. They are developing collection points that captures rainwater. These hubs are connected to water processing systems and then directed into applications like vertical farming (literally growing food on the sides of skyscrapers) and urban greenhouse projects. Because the system is decentralised, different communities can decide what works best for them and then use the blockchain to crowd-fund their own water hubs.

The WATERIG trial in Hong Kong is aiming to empower communities to be more resilient and self-reliant with their water supply. It takes the tragic case of Flint, Michigan in USA to remind us the damage that poor infrastructure and negligent government leadership can do. Scientists and doctors warned officials of high levels of lead in tap water. Sadly no action was taken until it was too late. In early 2016, Flint’s Governor requested a Presidential Declaration of a major disaster and emergency and asked for $28 million in aid. Some of this went to treating children with lead poisoning.

Empowering communities and small companies to profit from rainwater inspires local economic opportunities. Rainwater usually gets wasted, but when communities have the opportunity to process their own rainwater using the blockchain, they will be more motivated to recycle it. They could even create small businesses that thrive from it. The World Economic Forum reported that rainwater could be used to cool and power factories or to create fertiliser. The community is better off and pressure is reduced on the systems that normally provide these services.

To put this into perspective, a 2017 UN World Water Development Report found that 80% of rainwater doesn’t get processed. In other words, wasted opportunities. As water becomes more scarce with climate change and an increasing world population, communities will be further incentivised to take advantage of their water collection hubs.

Could water efficiency and management be improved even more by a combination of technologies? Blockchain is co-operating with the Internet of Things (IoT) to make our cities’ water systems smarter, safer and more efficient.

Let’s take Mexico City’s water distribution network. Nearly half of their water is wasted in their network from leaky pipes. With an IoT based water management system, things would look very different. The city’s water distribution network would have smart sensors collecting data on water pressure and quality. Using the internet, these sensors send each other data to analyse for leaks, pipe bursts and contamination. They then rapidly send out alerts to notify water managers and modify water pressure to avoid further damage. Put simply, IoT allows complete insight, automation and control over every part of a cities water network.

This same technology can be applied in your home. Smart sensors communicate with each other to identify unusual water consumption. The system can help you see your water consumption clearly, helping you change your behaviours and save money. It alerts your mobile immediately if there is a water leak when you’re not at home. It even closes the main water supply automatically, preventing further damage.

Water data across cities is valuable but as with anything that is automated, we should be concerned about privacy and security. In IoT systems, all data goes to a single point of security intelligence. All the systems decisions are made here, making it vulnerable to hacking and manipulation. Just imagine the cities water automation systems in the wrong hands — it could cost millions and be a threat to national security.

Blockchain removes this single point of failure in an IoT system, by enabling device networks to protect themselves in other ways. The collaboration between blockchain and IoT water network changes the way we manage water, without compromising our safety.

Technologies like blockchain and IoT have made us realise that our current water infrastructure is completely outdated to serve the demands of our modern world. The severity of our global water crisis has demanded innovation. Thanks to technological progress and increased awareness, we have reason to be hopeful. However, there are still huge challenges to overcome.

Digitalising outdated water infrastructures, or replacing them entirely, is no easy task. Before these next generation infrastructures can be used by an entire city, it is essential that we future proof them from hacking and manipulation for our own safety. This requires cooperation and forward thinking from governments, communities, industry leaders and businesses.

It is also vital that we become more aware of the true value of water. Technology can help us make giant leaps in efficiency and management, but if we keep treating water like an infinite resource, we will continue to see Day Zeros around the world. Our personal water usage only accounts for 8% of the world’s freshwater. Agriculture dominates by using 70% — the majority of which is used to rear livestock. The Western world is famous for its meat consumption and the developing world is following its footsteps. As water becomes scarcer, it’s a luxury we may not be able to cultivate on a global level.

We must strive to become more globally conscious of how water is distributed, and make forward-thinking solutions that work alongside the next generation of technologies.

More reading from this author:

Climate Change, Blockchain And The Paris Agreement: A New Hope

Blockchain And Energy: Everything You Need To Know.

Time to start a conversation

I want to hear your thoughts. Let me know what you think about using blockchain to improve our water management below. 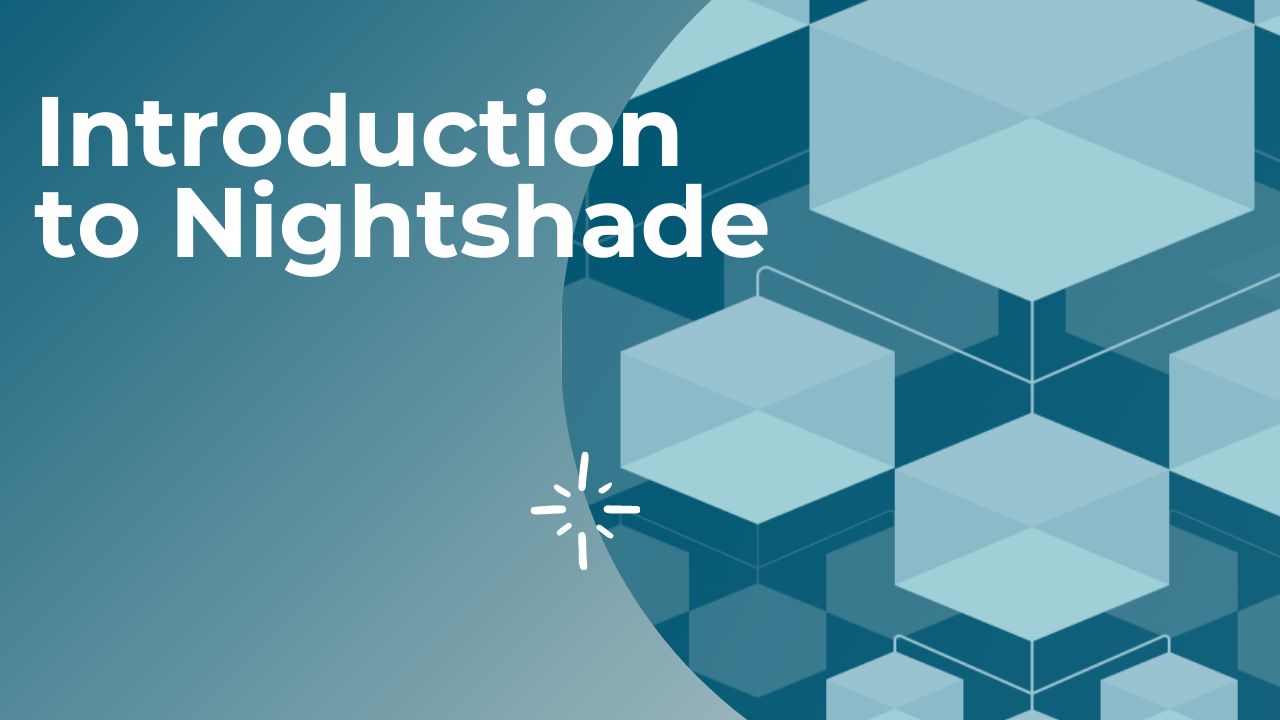 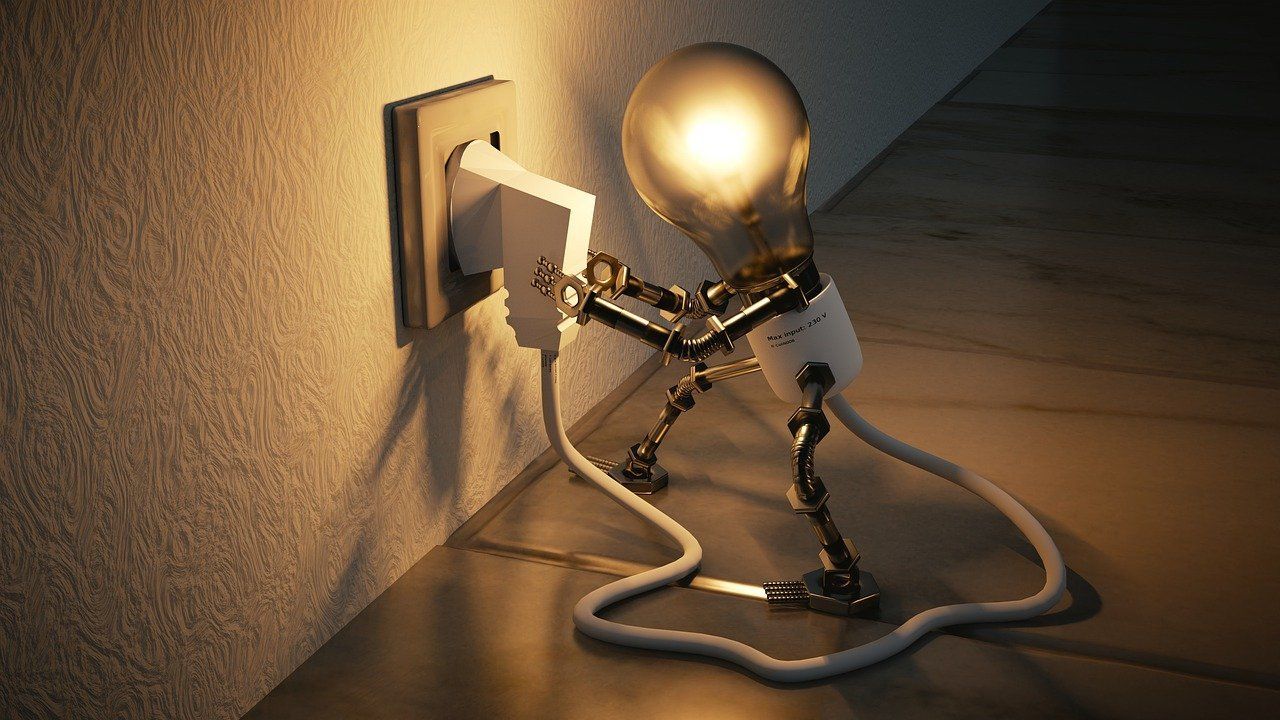