Bitcoin: ‘You have no frame of reference’

At a price of $6,000 per coin and with just over 16 million coins in circulation, Bitcoin’s aggregate current value is now $100bn. Is that a lot? Like Donny in the movie ‘The Big Lebowski’, Bitcoin needs a frame of reference.

Depending on when you started watching or owning Bitcoin, you will have seen its value rise 5 fold, 20 fold or a more than 100 fold. This sounds astonishing. But if its promises to be a new store of value, a new way of banking, a new currency, a new value transfer system, and much more, then $100bn sounds like the tip of the iceberg. Without making any technical attempt to value Bitcoin, my approach is to quote the value of the world’s financial phenomena and ask the question “If Bitcoin is poised to fulfil any of its potential, what steady state value could be expected compared with what’s already out there?”

The value of gold currently outstanding in global reserves is in the area of $8.5 trillion. If its any kind of ‘store of value’ or ‘digital gold’, then it doesn’t sound unreasonable that Bitcoin could reach a value of say $1.5 trillion which equates to a token price of $90,000.

Another way of articulating Bitcoin’s utility is by reference to the internet, hence the moniker, ‘Internet of Value, or ‘IoV’. How much is the ‘internet’ worth? If the underlying protocol that we now know as the internet was a listed company that we could buy shares in, what would be the market value of that company? One approach is to aggregate the equity value of listed ‘internet’ or internet dependent companies. Starting with the obvious companies like Facebook (market value $510bn) and Google (market value $690bn) but then moving onto almost any company that now derives at least some part of its value from being connected to the internet. Figures differ, but its conservative to estimate that the aggregate value that the internet brings to the world is over $20trn. If Bitcoin reaches only 10% of this potential, that would put its value at $2 trn or a cash price of $120,000.

Could bitcoin challenge the status of the US Dollar as a reserve currency? According to the US Federal reserve’s latest figures, there is just over $12trn of US dollars currently sitting in cash, current and savings bank accounts (this is referred to as the M2 measure of money). About $1.5trn of that is coins and paper cash. But the total amount of cash in all currencies around the world but expressed in US Dollars, is about $30trn. Again, it doesn’t sound crazy to think that a currency like Bitcoin with no country of remit, could reach a value of say $1 trillion in which case, we get to a slightly lower valuation back towards $60,000.

Banks? The top 25 banks globally are worth over $2.5trillion. The annual revenues these banks earn in just the payment transactions business alone is worth $2trillion. What about card and transaction payment companies? Visa, MasterCard, Amex and Paypal together alone are worth almost $500bn. Adding in the rest of the financial services industry from insurance to asset management to remittances, you quickly reach a total market value of the financial services industry of some $25trillion. If bitcoin innovations steal only a small fraction of their profitability, its not impossible to think that technology underlying these new fintech companies could be worth, what? $2 trillion? Now we are back up to a valuation of $120,000

There are numerous other contexts I could draw upon to give an impression of the scale of bitcoin’s applicability and value — real estate, legals, medical records, and anything peer-to-peer. Indeed the above does not include the future growth of these industries and asset classes over the coming years. Also, the value that bitcoin will acquire is not a zero sum game — it will not just steal value from existing phenomena but also create value where none existed before.

This is a wildly unscientific approach to guessing where the value of Bitcoin might go in the coming years and indeed who’s to stay Bitcoin really will be the crypto of choice to monetise all these opportunities. But society needs this decentralised peer-to-peer crypto technology, just like it needed banks, money, gold and of course, the internet.

[Disclaimer: this article does not constitute investment advice, a price forecast or a recommendation to invest. Investment decisions by readers have no recourse to the author.] 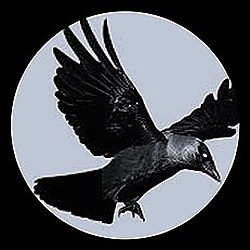