Bitcoin: You can’t print it, but you can mine it 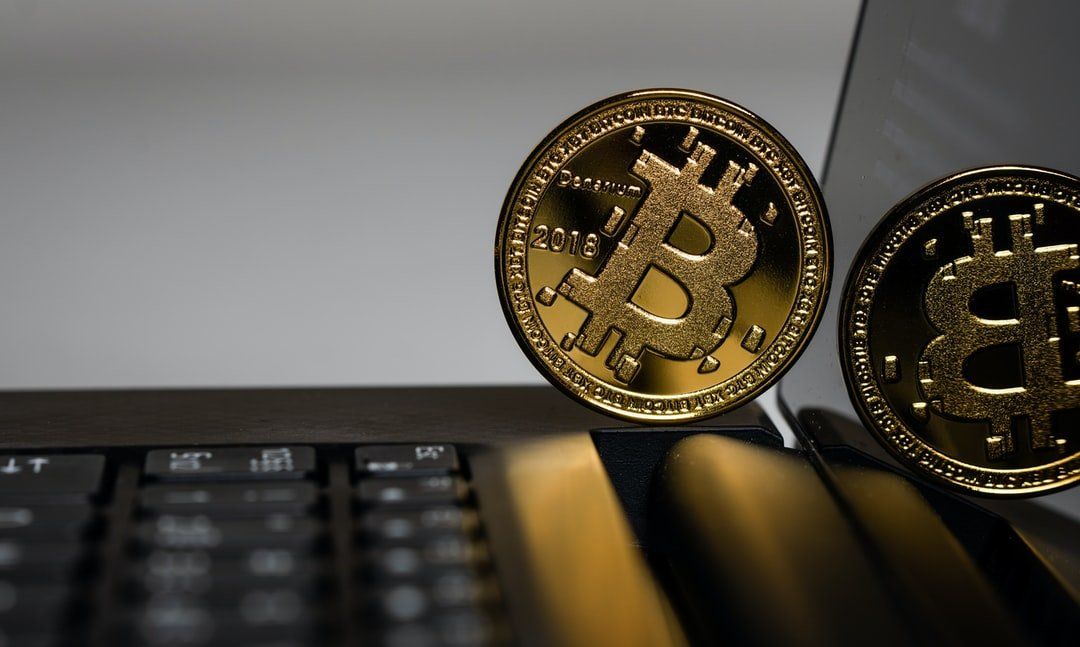 Out with the old, in with the new

Since the peak of the ongoing coronavirus pandemic, the Dow Jones Industrial Average has been on a rollercoaster. However, many tech companies such as Zoom, Apple, Shopify, and especially Amazon have been thriving during this pandemic. According to the WSJ, some factors that impacted the stock markets rebound was due to the stimulus from the Fed and Congress, the return of individual investors, and momentum trading.

As the world experiences unexpected circumstances, how will investors react to future pandemics? We can only imagine what’s next to come and how to prepare. The solution is to find new ways to diversify.

According to Forbes, research has shown that long term investment returns in gold have remained constant. Although gold has been used for investing for ages, it is not an asset to rely on for generating income like stocks. Is there an alternative asset that people can invest in to hedge potential losses? Let’s take a closer look at gold and cryptocurrency. Since different cryptocurrencies have their own applications, we will solely focus on Bitcoin ( $15,000!) for simplicity.

Today, many institutions and governments hold and buy gold as a store of value but to gain price exposure they can invest in gold ETFs (Exchange Traded Fund), ETN (Exchange Traded Notes), and derivatives. One thing to note: investing in gold stocks equates to greater potential volatility since they are derivatives that are affected by shifts in physical gold prices.

Gold is the oldest store of value and is still proven to be valuable especially during the COVID-19 pandemic. The IMF (International Monetary Fund) increased its holding by $19.3 billion, a 14% increase from previous holdings in the span of four months.

Like the US dollar, investors turn to gold during unstable and falling markets to preserve investments. Although the price of gold dropped by over 20% after the Bear Stearns bailout in 2008 due to the central bank and other international institutions lending gold to banks for dollar liquidity, gold investments still outperformed the falling DowJIA.

See it to believe it 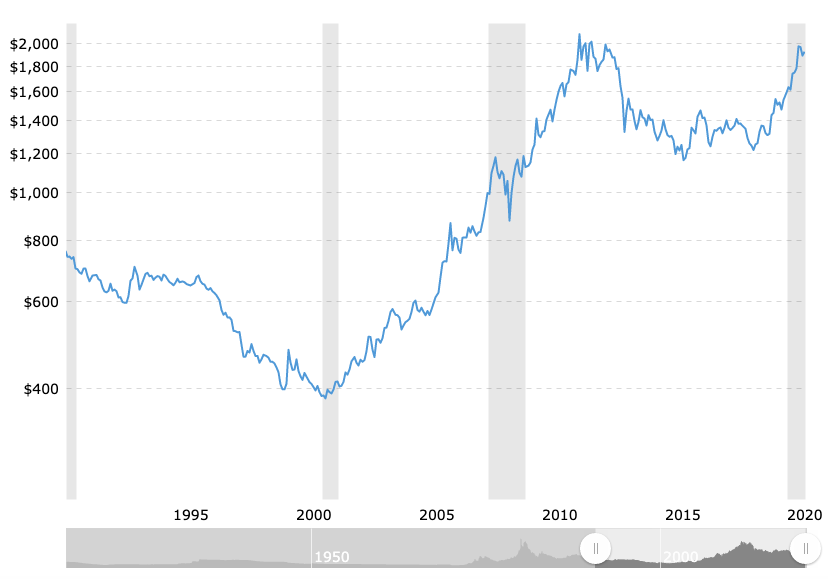 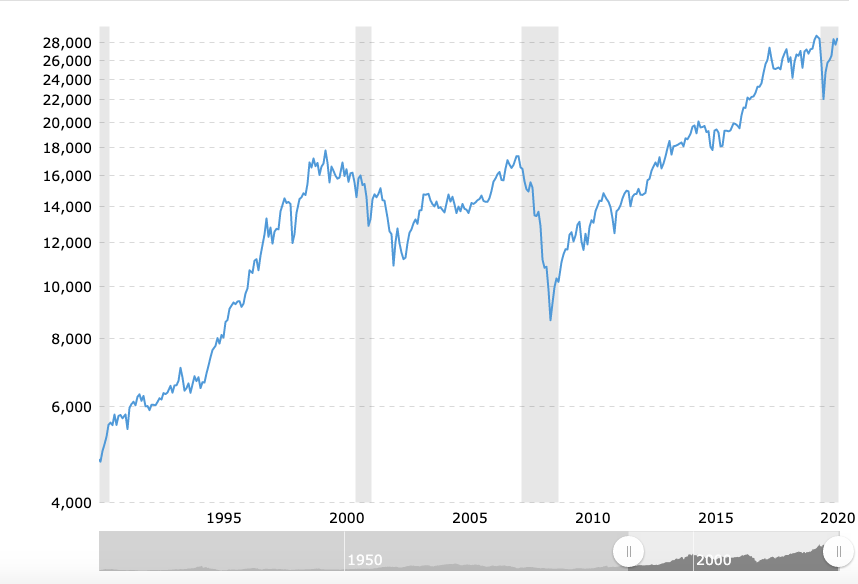 Be the boss of your own assets

Quoted from Satoshi Nakamoto, first to implement blockchain and inventor of Bitcoin, “The central bank must be trusted not to debase the currency, but the history of fiat currencies is full of breaches of that trust. Banks must be trusted to hold our money and transfer it electronically, but they lend it out in waves of credit bubbles with barely a fraction in reserve. We have to trust them with our privacy, trust them not to let identity thieves drain our accounts. Their massive overhead costs make micropayments impossible.”

The first commercial transaction with Bitcoin occurred in 2010 when two pizzas were purchased for 10,000 Bitcoins (worth approximately $144 million). Since bitcoin is not an actual physical currency, there was no real value to begin with.

Through trust and adoption of the public, demand for the coin has soared thus adding value and prices skyrocketing over the last decade. Buying bitcoin back when the digital currency was first introduced was difficult.

You would have to find a seller through forums and make payments through services like PayPal and Skrill. Today you can easily trade coins through crypto exchanges such as Coinbase, CashApp, Bisq, and many more.

Bitcoin, the hero we need

The financial crisis of 2008 started when lenders gave subprime mortgages to borrowers (new homeowners) and did not require any down payment, proof of income, or any documents to prove that the borrower can pay back.

This attracted more borrowers to get loans and lenders to continue giving these subprime mortgages that were then turned into CDOs(collateralized debt obligations). The CDOs were sold in portions to other investors and the cycle continued until borrowers defaulted on their payments.

As bankers who hold the CDOs received a house as payment instead of dollars, they would sell the house to make money back. the surplus of houses exceeded the demand causing prices to drop and investments to fall through.

As investments didn't pay off, banks lost money and trust in the public. During crises like these, the government can opt to ask the central bank to print more money. Printing money meant increasing the supply of the dollar in circulation which then reduces the value of the dollar.

After the crisis, consumer confidence and trust in banks were low. Historically, consumers used banks as a method of storing their hard-earned money for security. To increase customers, banks offered different plans on deposits. Using consumer's deposits for various investments created uncertainty as customers don’t know where their money is going.

Bitcoin's protocol of having a fixed supply of BTC solves the problem of value and trust. The value of Bitcoin can't be altered through government intervention, as it’s dependent on the supply and demand of the digital asset.

With that in mind, only the individuals who own a digital wallet can decide where their money goes. Also, since all transactions are stored, transparent, and immutable on the blockchain, consumers are able to ensure their deposits are safe and not being used for risky investments unknowingly.

The main similarities between the two assets show that they are considered safe-haven assets during falling stock markets, liquid assets, speculative investments, limited in supply, and “mined”.

Looking at the YTD performance of gold, Bitcoin, and DowJIA, we find that the price of gold has increased by ~25.67%, Bitcoin increased by ~89.71%, and DowJIA decreased ~4.1%. We can clearly see that during the pandemic both gold and Bitcoin has significantly outperformed the DowJIA.

Even though these two assets performed well during a crisis, remember, they are still speculative investments as bitcoin investors look at price fluctuation to determine whether to buy or sell and gold being an asset that does not create income.

Aside from the similarities both gold and Bitcoin’s differences include: store of value (government and investor perspective), storage (gold is secured in a vault while Bitcoins are stored in a digital wallet), demand, and volatility.

Gold is primarily used by the government as a value holder for fiat currency and has had value since 550BC, while Bitcoin is used as a store of value for investors and is still considered a new type of digital asset that the public has not completely accepted. Currently, the value of Bitcoin is completely backed by the trust of decentralization of the blockchain and adoption.

Does the word, volatile, scare you?

It’s no secret that Bitcoin’s price has vastly fluctuated over the years especially during 2017 when the price shot up to a high of almost $20,000. Gold prices, on the other hand, don't experience as much volatility. We can measure price volatility of the two assets over a period of time by looking at the ATR (average true range).

Looking at levels of volatility can be frightening, but this implies that there is more room for Bitcoin to grow than gold. Unlike Bitcoin's algorithm, the central bank controls the supply of money through various methods such as OMO(open market operations) to stabilize the economy.

Due to Bitcoins limited supply of 21,000,000BTC (~18.5million currently mined), volatility is bound to happen. Taking limited supply into account, when the supply of the remaining ~2.5million BTC are mined, price/value will naturally rise.

Don’t be so caught up and worried about volatility. The stock market pre-market and after-hours is when stocks experience volatility the most. Compared to Bitcoin’s market, transactions are open 24 hours a day, so volatility should not be a surprise.

If you're still unsure, volatility for Bitcoin is also great in creating exposure for not just current investors, but other individuals who read about prices skyrocketing which pulls in new investors. Many investors are using short-term and long-term methods for returns so there’s no reason to worry about current holders hoarding their coins forever.

Investors don’t need to rely on generating yields through trading Bitcoins. They can also look to use traditional financial instruments such as futures contracts (Bitcoin futures are available to trade on Binance, CME, and TD Ameritrade), options, and blockchain-based bonds.

A quick example would be if an investor thinks that Bitcoin's value will rise in the near future, they can opt to buy a contract at the current price of Bitcoin and receive a profit if the value rises at the end of the contract period. Investors can also profit if they think the value will go down by buying a contract that will allow you to sell bitcoins at the initial price when the contract was bought.

An exemplar of the future

Learning about Bitcoin and its protocol can be confusing at first but it’s not rocket science. The main concept to keep in mind of Bitcoin is to understand that it is a better alternative store of value than gold. The key components of a good store of value includes: how scarce the resource is, portability, durability, and divisibility.

Bitcoin’s inelastic supply is what makes the digital asset unique compared to gold’s supply. Gold is not scarce in the sense that there isn’t anymore left on the planet, it is just extremely difficult to acquire in large quantities.

In terms of portability and durability, Bitcoins are kept in digital wallets that can be accessed right on your phone with a click of a button! Since Bitcoin is virtual, there is no need to worry about damages and physical storages like gold. The only way you can lose your bitcoin is if the private key to the wallet is leaked or destroyed.

Thanks to the Bitcoin protocol, divisibility allows investors to hold fractions of bitcoin and do not have to hold 1BTC, in the case that they are too expensive. 1 Bitcoin = 100,000,000 satoshis, which means that 1 satoshi = 0.00000001BTC. This implies that essentially anybody can invest any amount they desire!

The information given is not to be used as advice for future investments by any means. Remember, cryptocurrencies are still speculative investments and we can only wait to see the future of diversifying investment portfolios with the inclusion of digital assets.

Blockchain technology is still fairly new and we’ve only scratched the surface of its true potential. Large corporations have already implemented blockchain technology in its businesses but there are still obstacles to overcome in order to utilize the technology more efficiently. With the hype around digital assets through trust, decentralization, and adoption, the future of blockchain is inevitable. Throw your doubts away and start diversifying.

Special thanks to AmberData for providing price data and charts on Bitcoin.

Related Stories
Subject Matter
Earn Crypto Rewards Monthly by @Mysterium Network
#promoted
How The Bitcoin Threshold Will Be Broken Via Institutional Adoption by @joshchang
#bitcoin
The Role of Blockchain and Decentralization in the Digital Economy by @maddykutechno
#decentralized-internet
$Fil Mooned Right After I Sold It. Am I Weak Hands? by @digifinex
#filecoin
My First Impressions on BitClout by @TheLoneroFoundation
#bitclout
Zero-Fee Trading, Global Liquidity, and The Many Woos of WooTrade by @sonhng
#cryptocurrency
Interchain Transaction Bridge - The Missing Key to Creating Seamless UX in a Multi-chain Universe by @weitingchentw
#bitcoin