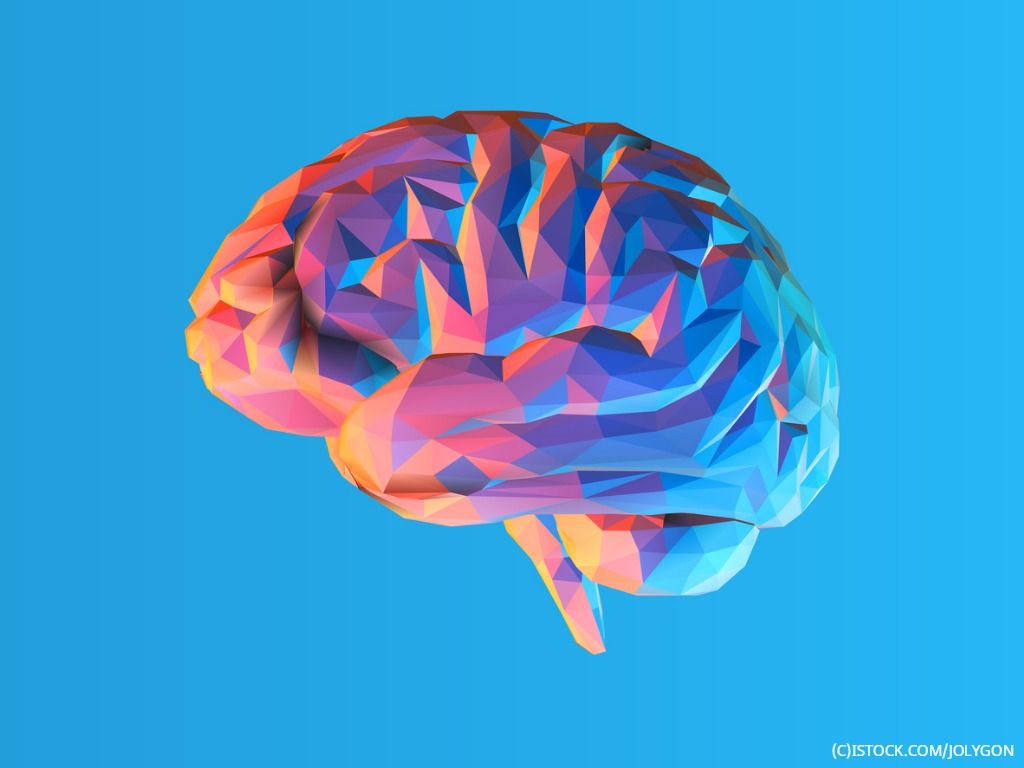 Also, for the first time, institutional investors in crypto showed great interest beyond Bitcoin. Sonnenshein, the managing director of Grayscale Investments said that,

These WallStreet giants opened the gate to mainstream cryptocurrencies by selecting BTC & ETH this year, including Grayscale and Microstrategy. They quietly pushed the price up before every one noticed.

84% of the institutional buyers, Grayscale said, “are institutional investors and especially hedge funds, which have seemingly been buying and increasing their crypto portfolios in silence.”

Grayscale Investments, beyond purchasing ETH in the secondary market, provided financial products in cryptocurrency, such as Ethereum Trust, The Litecoin Trust, the Bitcoin Trust and the diversified products.

Among its biggest crypto-portfolio, Bitcoin Trust tops the ranking. It has been recording a weekly average investment of $55.3 million, followed by its Ethereum Trust at $15.6 million.

Meanwhile, the boom in Decentralized Finance (DeFi) with the launch of the scalable Ethereum 2.0 stimulated the market price of ETH by injecting more confidence in Ethereum’s future.

Whether you are a crypto investor, you must have heard of DeFi or have a friend that owns a Defi token this year. The most popular DeFi players like Uniswap and Sushiswap offer decentralized borrowing and lending products based on the Ethereum protocol. Users can stake tokens in exchange for arbitrage opportunities.

As institutional and individual investors join the BTC bandwagon to celebrate the jumping around market, I think it’s the right time for every one to calm down, learn the basics about blockchain.

Those with over 2 years’ crypto-investment experience should know that the greatest challenge to profit-earning, is not by missing the lowest price, but that we were never determined enough to hold a promising token.

In most cases, people are too scared to hold BTC/ETH before it reaches the “real” all-time-high, like $20,000. Simply because you don't believe in it.

The true story of a new blockchain-er

I'd like to share my personal experience. I started working in the blockchain industry in 2018 as an industrial writer. By then, I didn’t have any knowledge of blockchain, nor in computer science or financing. I started the job totally out of curiosity

My first purchase of ETH was $70 at the price of $120…and even that was difficult decision I made, no kidding. The price was nothing when compared to 2020’s highest reach of $600. I surely regretted it afterwards.

But when I realized how profitable BTC/ETH investment can become, I decided to take time and read online blockchain materials to start from the hard-core part before putting silly money into the abyss.

From my experience, I would recommend newbies to kick-start with Ethereum. Ethereum is more publicly accessible than Bitcoin, allowing various dapps (decentralized apps) to build based on Ethereum in real-life applications.

Here’s my dummy’s guide to Ethereum.

First let’s check out the proper description of the Ethereum:

Ethereum is a general-purpose programmable blockchain that runs a virtual machine capable of executing code of arbitrary and unbounded complexity.

Before we get to a further explanation, we must learn how a technology is described in original terms. Bitcoin fathers Ethereum, since Ethereum is established based on Bitcoin protocol. Ethereum upgrades by offering rudimentary smart contracts for various application scenarios. To quote from the founder Vitalik Buterin, Ethereum is:

A platform for building programmable money, with blockchain-based contracts that can hold digital assets and transfer them according to preset rules, to a general-purpose computing platform.

To put it shortly, Ethereum can store and transfer crypto assets like ETH based on pre-coded programmable rules.

Protocol works as Internet HTTPS protocol. Just imagine how FAANG built their platforms based on the free Internet protocol, blockchain developers can freely access a public chain to program their own dApps. DApp represents a broader perspective than smart contracts. More broadly, a dApp is a web application that is built on top of open, decentralized, peer-to-peer infrastructure services.

Now let's try to get clear about what Bitcoin cab offer and how Ethereum differs from Bitcoin?

Bitcoin works as a state machine that alters the ownership of coins under consensus constraints, by allowing every node to converge on a state of the system.

For instance, if based on the current state that A & B each has $100 in the account, a given input says that A transferred $50 to B. As long as the transaction is proven valid by distributed nodes, the machine will perform state transitions by producing an output of $50 deduction from A’s account , with a $50 increase in B’s.

You can now tell that Bitcoin can achieve money transfer by reaching peer-to-peer consensus, without having to consult the approval of an authority.

Ethereum has extended beyond the use of a state machine to a general-purpose data store, aka., anything with a value that you can think of, such as a vending machine. A vending machine will deliver snacks strictly based on how the program is coded.

Ethereum also offers to track any arbitrary state and program, and to store the resulting state changes in its blockchain, for anyone to trace back.

Imagine if a vending machine broke, the Ethereum state machine will record the new state on the blockchain to let everyone know, to prevent it from further swallowing coins. And the program behind the operation of a vending machine is, aka, smart contract.

How can the Ethereum protocol be so smart? There’s a bewildering feature you might heard of many times, but never get it— Turing-complete system. What is it?

By completeness, it means the blockchain not only can execute a stored program in Ethereum Virtual Machine, but also can read and write data to memory.

Based on Ethereum protocol, each developer can code tailor-made rules to address the various services. Smart contract is the dApp that offers services in a trustless environment.

For instance, when someone calls an Uber taxi, they need to request a smart contract that offers decentralized Uber service, then make payments. Whenever a driver answers the request, transaction can be initiated. When the trip completes, the transaction will be executed by the network client (node). The network relies on distributed nodes to verify the transaction status.

Therefore, beyond payment, the requester (customer) also needs to add certain amount of gas fee/transaction fee to incentivize the node. Whoever accepts the gas fee will implement the verification and broadcast the result to other nodes. Later the transaction will be added with others in the new block on-chain. This is a simplified and complete process of dApp service provided on Ethereum.

Gas is the metering mechanism Ethereum uses to enable Turing-complete computation while limiting the resources that any program can consume. A transaction can proceed as long as it doesn’t exceed the gas limit.

In other words, blockchain constrains the maximum resources consumed by a smart contract via gas. Since blockchain operates within a trustless environment, labour is incentivized purely by gas to keep the network running. Gas limit concurrently maintains the network efficiency.

When ETH price skyrocketed to $600 this year, the gas price concurrently surged. Gas fee is not constant, it fluctuates depends on network demand, including the number of nodes and miners within the current network. When ETH price gets too high, miner profits will rise, so they will flood into the network. But meanwhile network transactions will decrease due to high operational fees.

The average transaction fee on the 9th Dec is $2.49/tx. The peak amount reached nearly $15/tx during the previous months when the DeFi market arrived at its top. While the Ethereum miners are happy to charge higher gas rewards, apparently users feel quite the opposite.

Among all mechanisms, token plays as the core value to incentivize both workers (nodes) and participants, and these enthusiasts will in turn buy and consume tokens to increase its value in circulation.

The PoS system, which will be introduced with the next phase — the Beacon Chain, will allow the decentralized Ethereum network to come to agreement and keep the network secure, but avoid high energy use by requiring a financial commitment.

ETH 2.0 steps in since the 1st December this year, aiming to reduce the high power consumption and reliance on specialist hardware necessary for the current proof-of-work (PoW) consensus mechanism by switching to proof-of-stake (PoS).

The nodes that used to compete on labour costs will be substituted with those having more money capital. The richer will have more say in the network. Just imagine who will engage deeper with the future Ethereum network?

Ethereum-based dApps range in a wide variety of usage, including those still running for early experimental stage, such as Finance, Arts & Collectibles, Gaming, and Technology, etc. But as the majority of blockchain projects, dApps are mostly prosperous in Financing.

For instance, Uniswap and Sushiswap are two paragons of DeFi. Like Uniswap, anonymous users act as liquidity providers to add tokens to the pool, as well as trade tokens against a pool of assets held in a smart contract. Rather than set an order book to set the exchange rate, the rate is based on the ratio of ETH and tokens held in each pool. The size and demand of the liquidity pool alters the exchange rate and the value of trading it facilitates.

Blockchain industry attracts the intellects of all backgrounds, especially the technical experts with libertarian thoughts to pursue a new world without the interference of governments, banks or intermediaries. Although being early and ideal, many are endeavoring to achieve it.

But today, token trading on the secondary market has become a fast-track for blockchain to get the attention of the outside world. In the meantime, many more are doubting how far blockchain has turned away from initial design, and how public chains will cope with state regulations.

Well, no one can give the answer to that, but we can get an idea of what blockchain is by opening a crypto-asset account first.

Related Stories
Subject Matter
Earn Crypto Rewards Monthly by @Mysterium Network
#promoted
Bitcoin Price Exploding Will Be The Hallmark of 2020 by @naomichang
#bitcoin
Why These Four Developer Debates Is A Waste Of Time by @zachflower
#best-practices
Insert JavaScript into HTML Using the Script Tag by @manik
#javascript
The Role of Blockchain and Decentralization in the Digital Economy by @maddykutechno
#decentralized-internet
Interchain Transaction Bridge - The Missing Key to Creating Seamless UX in a Multi-chain Universe by @weitingchentw
#bitcoin
Full Circle Trading Platform for Ethereum and Binance Smart Chain Networks is now LIVE!! by @rubicfinance
#cryptocurrency