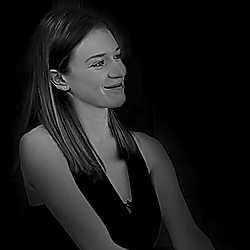 (or The Additive-only Future: Release the Banana Hostages!)

VCs and field experts are often quick to point out that cryptoeconomics and economics are basically one and the same. The distinction, according to them, lies in the behavioral and incentive applications of digital currencies.

This is why so many pay homages to Satoshi’s genius — they point to the oft-cited “Incentives” section of Bitcoin’s whitepaper. This mini, 236-word section essentially explains that Bitcoiners are motivated to join and maintain the network because they may win coins, they may charge transaction fees when allocated the block, and that by defrauding the system, they would only undermine their own coins.

Still, while the trustless incentive structure no-doubt played a role in the successful adoption of Bitcoin, the more important role of cryptocurrencies is still in the social-economic penumbra. It is for this reason that I cannot agree with the claim that economics is the same for fiat and digital currencies. Satoshi’s incentives are good, but not good enough. Indeed, the secret potential of digital currencies will make Capitalism and Socialism seem barbaric.

Digital currencies minimize third-party corruption and self-interest, but so far, they haven’t fully aligned the incentives of all parties on the network. While Capitalism aims to be win-win (I give you a dollar, you give me a good), the ledger continues recording transactions in a zero-sum manner, subtracting a Bitcoin (or dollar) from this private key, and adding it to another private key instead. But, digital currencies in the future are unlikely to retain this economic paradigm.

As ledgers(blockchains) continue to record these subtractions, people lose their capacity to obtain new goods moving forward. Wouldn’t it be great if I could obtain goods for “free,” and the merchant could actually gain wealth by giving me their free goods? Sounds absurd, doesn’t it? But, I think this absurdity is actually inevitable.

Ledgers are designed to track relative wealth. Until now, wealth has been measured by a combination of debt notes and valuable limited resources (i.e. gold-backed dollars, or, today, just the physical bill itself). This is because goods were finite. But, is this really true anymore? Sure, some goods may continue to remain scarce, even when we become highly efficient with their use. Still, these goods are slowly but surely becoming the edge case.

So what am I saying? I am saying that there is a departure between the nature of goods today, and the means by which wealth is tracked. When we purchase information, we give a scarce resource (a physical dollar bill, or Bitcoin as we currently know it) up in order to obtain a non-scarce resource. And guess what? We humans know it and hate it.

This is precisely why piracy is a rampant issue. When YouTube and Amazon charge you $4–5 to watch a movie, and you know that the creation of the movie is a sunk-cost and YouTube’s servers can give you the movie-watching bandwidth for far less than a dollar, it’s highly irritating. An individual’s watching of the movie (information) is infinitely replicable — so people often find it unpalatable to give up a limited resource for access to an unlimited one.

The departure between the unlimited nature of digital goods and the limited nature of fiat currency is also evident in the outlandish revenue streams of information giants like Google ($110B) and Facebook ($41B). They’ve captured a product that is infinitely replicable (user information relevant to advertisers) and charged for it in the form of limited resources (USD). Capitalism works (worked?) because the same good can’t be sold twice. But today, Google can repeatedly sell the same information over and over again.

Jeremy Rifkin has pointed out that the GDP’s utility for measuring actual national wealth has been waning. How can it be that improvement in standard of living is outpacing GDP growth? Again, this beckons back to the divergence between zero-sum currencies, and non-zero sum goods exchanges. Rifkin claims that the stagnation in GDP “may in fact be a measure of the growing importance of an economic paradigm that measures economic value in totally new ways.” Cryptocurrency developers — are you listening? This is important. Let’s talk about why.

Remember when I said that digital currencies have the potential to make Capitalism and Socialism look barbaric? Maybe that sounded brash. Let’s unpack it, and you can decide for yourself if we’ve been living like barbarians all along.

Once upon a time, I walk out of Safeway, and I see a homeless woman on the sidewalk. She looks dead. Is she? Wait — is she?! I get up close to her, she has her head propped up on a small trash bag stuffed with what I think are clothes. She has absolutely nothing else. I wait several moments, trying desperately to perceive the fall and rise of her rib cage. Her brow is sweating (I think that’s a good sign, right?). Her ankle has an open sore (maybe a quarter-inch deep, and about the size of the circle made by putting my thumb and middle fingertip together — huge). She’s extremely underweight. She smells — badly. Is she decaying? Or just in need of a shower? And why isn’t anyone else stopping? After an agonizing probably twenty seconds, I bend down and get my face close to hers. She’s been absolutely motionless. Then, I hear a very effortful whimper-hiss type breath.

I feel extreme relief, but also extreme nausea. Sometimes you see a homeless person but are unaffected. Then there are the times that the person on the street sinks into your heart, and you just never forget them. You randomly think back on them years later and wonder if they are okay. This was one of those times. I rushed back into Safeway to get this woman water and a healthy meal. Hopefully when she wakes up it’ll help a little. I walk into this supermarket of air conditioning and abundance. The produce aisles are stacked high with mountains of delicious vitamins and minerals, ready to eat. So why hasn’t this woman been able to get the nutrition she so desperately needs? She’s twenty yards away from abundance.

I’ll tell you why. It’s because Safeway holds their bananas hostage! This is an odd place for humor, but let’s admit it. That’s what’s happening. And it’s a bit absurd. Only half of the produce that hits the Safeway shelves will be consumed, but Safeway must keep these bananas hostage, until someone comes along and pays a ransom for them. Why? Because (apart from pro bono work) we’re all holding goods hostage, so that we can pay our own monthly house, car, and food ransoms.

What if this woman had been born in a post-digital additive-only currency world? Well, Safeway wouldn’t be holding bananas hostage. (As a side note — Safeway, please don’t sue me. I get it, you’re a victim of the economic paradigm circumstance as well!) Instead, the woman would walk into a Safeway, grab a banana, the digital ledger would add points to Safeway (and wouldn’t subtract any from the woman), she would be fed, and Safeway would have a track-record of providing wealth to the world.

But what stops the woman from clearing out the whole store? Some items might require that you prove you have “given” to others already, so luxury items might require you have a minimum of 100 points, while bananas might require a minimum of 0. If the woman takes all the bananas, too many for her to eat, she is incentivized to give them to other people to gain points (without taking points from others). Once she has gained 100 points, she would have the minimum points for non-subsistence food items, like ice cream, fine cheeses, and so on. The point is that hoarding is not rewarded, but giving is.

We’re already entering into a post-scarcity world, and it’s time that currencies start acting like it. We can do better than aligning blockchain miners’ incentives. We can align the interests of the marginalized and poor, with the incentives of corporate giants. Let’s incentivize the distribution of goods over the hoarding of goods.

The secret of digital currencies is this: if we choose to, we can stop holding bananas, movies, and the poor as prisoners of our economic agendas. Moreover, we’ll be all the wealthier for it.

The author is an employee of ERA, INC., a company which is building out the additive-only infrastructure for the future.

The Personal Platform: The Next Big Thing?