Augmented Reality — How It Evolved Into Our Reality 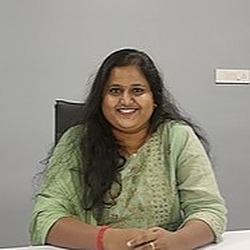 What is Augmented Reality (AR)?

Augmented Reality overlays digital content and information onto the physical world — it feels like they are with you in your space. AR opens up new horizons for your devices to let you experience digital content in the same way you experience the world. AR lets you search things visually by simply pointing your camera at them. It can put answers right where your questions are by overlaying visual, immersive content on top of your real world.
AR is getting better each day with refinement blurring the line between the real and virtual world. AR is the integration of immersive digital components – such as spectacular visual overlays, distorted haptic feedback, or other sensory projections – with our real-world environments.

"Augmented Reality is a technology that superimposes a computer-generated image on a user's view of the real world, thus providing a composite view."

From its use in NASA’s spacecraft in the 1990s to the explosive popularity of Pokemon Go, augmented reality has evolved to become one of the most exciting technologies of our time.
1968—Ivan Sutherland created the first head mounted display, called "The Sword of Damocles". It paved way for the AR we use today.
1990—The term "Augmented Reality" was coined by Boeing researcher Tom Caudell.
1992—Louis Rosenberg created the first fully immersive AR system at the U.S Air Force Research Laboratory.
1998—Augmented reality was first used for navigation, in NASA's X-38 spacecraft.
2000—AR Quake launched - the first AR game. As well as a head-mounted display, players had to wear a backpack containing a computer & gyroscopes.
2005—The early 2000s saw the debut of augmented reality apps for smartphones. One of the first was AR Tennis - a two-player AR game developed for Nokia phones.
2008—BMW was the first brand to make use of AR for commercial purposes, with its AR enhanced print ads.
2009—Esquire published the first AR-enabled magazine when it let readers scan the cover to make Robert Downey Jr come to life on the page.
2012—Blippar launched the first cloud-based AR app.
2014—Blippar developed the first AR game for Google Glass, which was demoed at the Mobile World Congress.
2016—Niantic and Nintendo launched Pokemon Go - the hugely popular location-based AR game that put AR on the mainstream map.
2017—The number of AR users in the U.S hit 37 million. This is expected to grow to 67 million by 2020.

The Difference Between Augmented Reality and Virtual Reality

Today, AR and VR are two different entities – more like cousins than twins. VR has a lot of scope and AR can be more nebulous despite the different ways in which it can be deployed.
Augmented Reality
Virtual Reality

How does Augmented Reality work?

AR can be displayed on various devices: screens, glasses, handheld devices, mobile phones, head-mounted displays. It involves technologies like S.L.A.M. (Simultaneous Localization And Mapping), depth tracking (briefly, a sensor data calculating the distance to the objects), and the following components:
Cameras & Sensors: Collecting and submitting data on user experiences for analysis. Computer cameras monitor the world, and with this data, the system locates physical objects and creates 3D models. It may be special duty cameras, such as those in Microsoft Hololens, or regular smartphone cameras to take pictures/videos.
Processing: Eventually, AR devices will behave like little computers, something modern smartphones already do. These often need a CPU, GPU, flash memory, RAM, Bluetooth / WiFi, GPS, etc. to be able to calculate speed, angle, distance, spatial orientation, and so on.
Projection: This refers to a miniature projector on AR headsets, which takes data from sensors and projects from digital content (the result of processing) to the surface to be viewed. In addition, the use of AR projections has not yet been completely developed for use in commercial products or services.
Reflection: Some AR systems have mirrors to help human eyes view simulated images. Some have a "small curved mirror array" and others have a double-sided mirror reflecting light to the camera and to the user's eye. The purpose of these reflection paths is to align the image properly.

Augmented Reality (AR) brings digital knowledge and virtual objects to physical space. With AR, the physical world comes alive within the view captured by your tablet or phone camera. We need to know specifically what the user looks at in certain situations, we named this "marker-based AR." In other instances, we only need to show 3D augmented reality models, which we can do without a marker, so we call it "markerless AR." Finally, we need to include local knowledge in a few cases, such as walking directions or road signs. In this case, we need to know the location of the user, so we use "Location-based AR." Let’s discuss the three types of Augmented Reality: Marker-based AR, Markerless AR, and Location-based AR.
Marker-based AR: Some people often call it to image recognition as it needs a specific visual object and a camera to search it. It may be everything from the printed QR code to the special characters. For instance, the AR system also measures the location and orientation of the marker in order to locate the material. Thus, a marker initiates digital animations for users to display so that the pictures in a magazine can transform into 3D models.
Calculate the location and direction of the camera in order to increase the perception by using the application to identify a marker or image in the real world. They overlay the marker/image with some material or details in plain words.
Markerless AR: Imagine an AR application that can inside your living room with virtual furniture. This enables you to check various object, design and position combinations. The user has to select the location of the virtual object for this task. It is known as "Markerless AR."
The interaction here is play, and the user does not have to think about where the virtual objects are located. For applications that do not need an "anchor" in the real world, use markerless AR. This generally means the virtual objects in the center of the air tend to float. In order to make it more practical, for example, it is also possible to position a 3D virtual reality object on a flat surface.
Location-based AR: AR focused on location connects increased realities to a particular area. Imagine walking down a street in the city that you don't recognize and through the camera of your phone you see the virtual street sign displaying the street name.
It is useful to place virtual items in the real world, from walking directions to signs, treasure hunts or even virtual tour guides and local knowledge, for a number of purposes.

There are four types of AR devices available, and they are Head-up Display (HUD), Spatial Augmented Reality (SAR), Smart Glasses, and Handheld.
Head-up Display (HUD): A head-up display is a transparent monitor that displays information without users having to look past their normal points of view. The root of the name comes from the fact that the pilot can look at details "up" and forward instead of looking down at lower instruments. The benefit of a HUD is that the pilot's eyes do not refocus after gazing at optically closer instruments to see the outside.
Spatial Augmented Reality (SAR): Real-world objects and scenes improve SAR, without special installations, such as monitors with a head-mounted display and hand-held devices. SAR uses digital projectors to display the physical object's graphic detail. For SAR, the main difference is that the output is isolated from the machine users. Because the display is not connected to every user, SAR scales naturally to groups of users to allow user-to-user collaboration.
Smart Glasses: These devices are capable of representing projected digital images and allowing the user to display or interpret them better. Although early models can perform simple tasks, such as front-end displays on a distance-based system, such as cellular or Wi-Fi smart glasses, modern smart glasses are functional computers that can operate mobile apps on their own. Some are hands-free with natural voice commands that can connect with the Internet, while some use touch buttons.
Handheld: A Handheld device is placed into a user's hand with a tiny panel. All handheld AR systems opt for simulation of images. Initially, AR used fiduciary markers, then GPS systems and MEMS sensors, such as digital compasses and a six-degree gyroscope-accelerometer. At the moment, trackers such as PTAM (Parallel Tracking And Mapping) are beginning to be used concurrently in localization and mapping (SLAM). Handheld AR show promises the first AR-technology commercial success. The two major benefits of handheld AR are its handheld devices 'compact nature and its ubiquitous existence.

AR has been around for over 30 years, making its debut at the military aircraft. When AR finds a strong, complete platform and it is clear that many customers are AR-sensitive, the potential of AR will be fully realized. From architecture to education, sports, military training and retail sector, growing industry benefits from AR.
Conclusion
Augmented reality can make our world fully digital and we can interact with the real objects digitally. This technology has halfway reached its goal and in no time it can make the real world fully digital and equipped us with more powerful display and tracking techniques we can experience with ease.
Full disclosure: I work for TVS Next, a company that helps other companies develop AR experiences that benefit their business and help them stay competitive in the market.