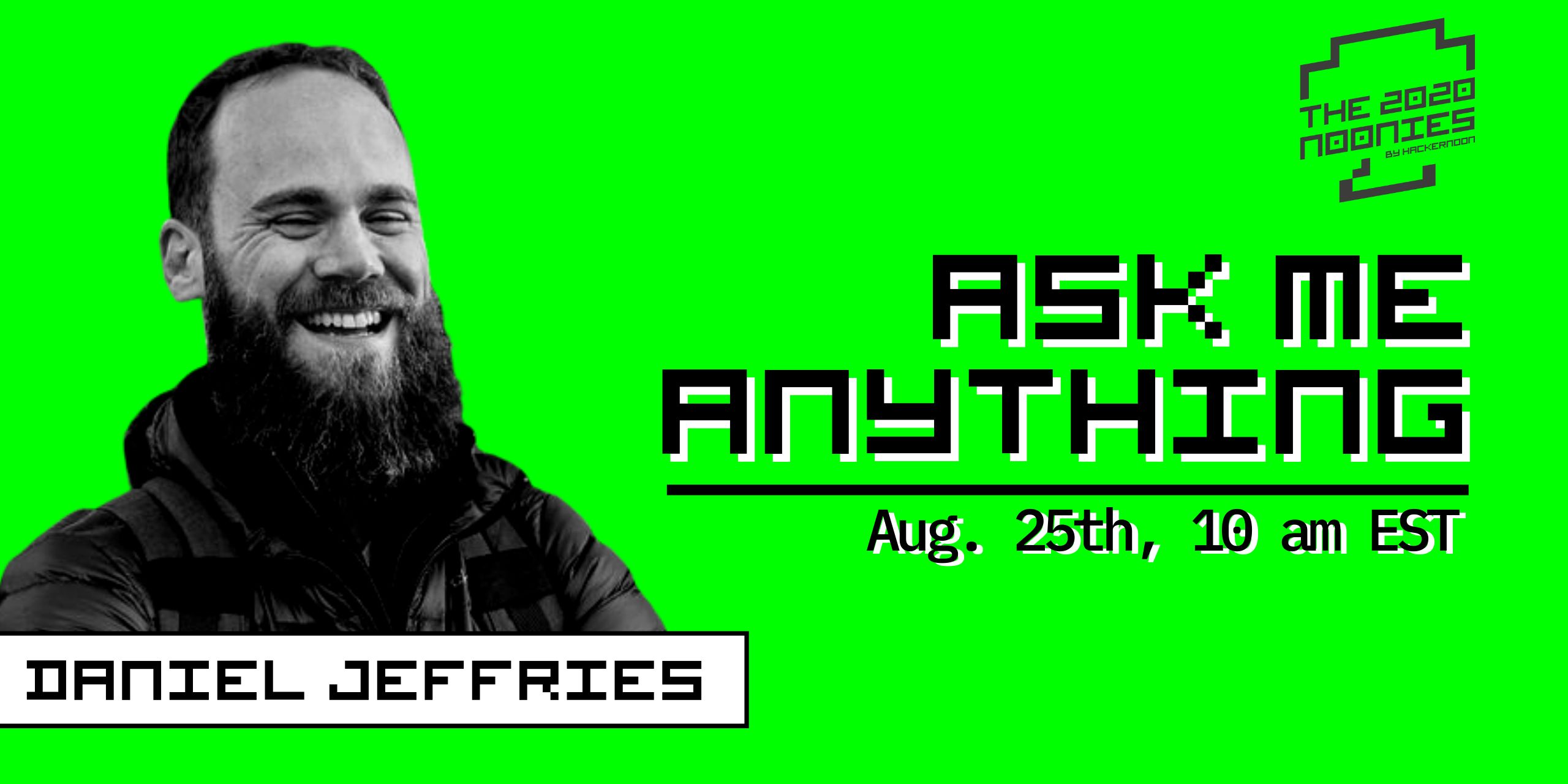 He has given talks all over the world on AI and cryptographic platforms. He’s spent more than two decades in IT as a consultant and at open source pioneer Red Hat.

With more than 50K followers on Medium, his articles have held the number one writer's spot on Medium for Artificial Intelligence, Bitcoin, Cryptocurrency and Economics more than 25 times.

His breakout AI tutorial series "Learning AI If You Suck at Math" along with his explosive pieces on cryptocurrency, "Why Everyone Missed the Most Important Invention of the Last 500 Years” and "Why Everyone Missed the Most Mind-Blowing Feature of Cryptocurrency,” are shared hundreds of times daily all over social media and been read by more than 5 million people worldwide.

Ask Daniel anything now on Twitter and tune in for LIVE discussion on August 25th, 10 am EST.

Sign up for the AMA to get a reminder.

⭐ Building an AI Red Team to Stop Problems Before They Start