Angular vs React vs Vue: The Most Versatile Programming Language for 2020

Helping you find the best technology partner for your projects.

Front end development has never been so popular earlier than now.  The powerful comeback of javascript has gained an enormous advantage and the single age applications easily replaced the old traditional web apps. The apps are now more powerful with the more focus over the first gate for your app, called the user interface.

The Javascript is not alone in the race, there are several siblings as well, which are running relentlessly for making the web app more powerful than ever. Angular, React, Node.js, and Vue.js are some of the most popular front end development framework which uses javascript at their core for making apps more capable and attractive.

The number of javascript libraries have made the system more easy and the development the matter of few clicks. The advanced javascript capabilities are there in the top three framework. Which one should you choose is the very obvious question. Here is the simple guidance for you, that can help you to choose the best for your requirements.

Angular is an open-source framework that allows developing scalable and robust web applications. Being a product of Google, angular is immensely popular mainly for front-end development of applications. All the big names such as Google, Forbes, WhatsApp, as well as the top 500 companies make use of this framework for their web development. Also, angular is a much older framework that came a decade ago in the year 2010. Since then in order to keep the framework abreast of the latest technologies, another version was released in 2016 known as Angular2. Following which updates and amendments have been made in the
AngularJS framework.

The latest version is Angular 8 which offers the developers an enormous amount of features.

❖High Modularity
Angular follows the footsteps of the MVC architecture plus it also involves numerous components for distinct tasks. Every single module is can be easily installed now that too as and when required. This also eradicated the need to install the basic modules on the other hand.

❖Compartmentalized
Creating and developing apps with AngularJS is an easy task to do. This is because of the fact that the frameworks break the whole project or app into several components. And then the developers can work on these components separately as per their convenience. Also, angular has separate files for the different parts namely design and main logic. And it is definitely easier to work on separate components for the deployment and development processes.

❖Dependency Injection
Angular is not only all about the elements or components. Dependency injection is yet another feature of this framework that mainly distinguishes it from the rest of the two. And this somehow heads toward configurable dependencies. This means that in the presence of dependent components or applications there will be no need for the developers to manually create dependent objects rather the framework’s injector will create and inject them in the code with the help from service providers.

React came with a methodical approach and functional programming which somehow became the reason for its immense popularity. Even though React was new it quickly became popular in the world of development. There were a number of concepts that needed to be learned before one could start working on this framework. And corporations also Hire front-end developer who understands React very well.

React was successful in optimizing the procedure of development as well as intensify the created application’s productivity. This was possible with the help of its unique concepts such as the Unidirectional flow of data, an architecture based on components, and JSX. Unlike Angular, the React framework has business logic and HTML markup in one single component. Also, due to flux or JS libraries, React enables in-component communication as well.

With React, developers are able to add one more flexibility layer in the
applications developed. A large number of tools that React renders to its users are the reason behind this. In addition to this React also contains an immense amount of libraries and these speed up the process of development along with streamlining it.

Vue is also a product of Google and the youngest one out of all three as well. Vue can be regarded as a combination of the previous two frameworks. This is because it has the React’s props and state feature as well as angular’s combined layout of HTML-Javascript. Moreover, Vue has acquired the number one rank in terms of the languages growing at the maximum pace across the Javascript world. Some of the applications that have been built with the help of Vue are Alibaba, Baidu, and Gitlab.

❖The steeper curve of learning
When working or learning Vue it is not necessary to curate another language neither have expertise in any other thing except for Javascript, unlike the framework Angular and React.

❖Vues Library
Developing large scale web applications calls for some crucial complexities and these require to be worked upon with utmost concern. It is true that React is widely used for such kind of applications but due to the usage of Redux by React makes Vue a better choice for them in the long run. Redux brings some drawbacks when used for the long term but Vue does the opposite it eases the development procedure.

Summing it up
So above we mentioned why and when these three frameworks are used. Therefore, the best one out of them will be the one that suits your current project perfectly also you can find top web developers on several websites in above technologies like Upwork , Clutch, Top Developers.

Localizing your React App with LinguiJS and Localazy 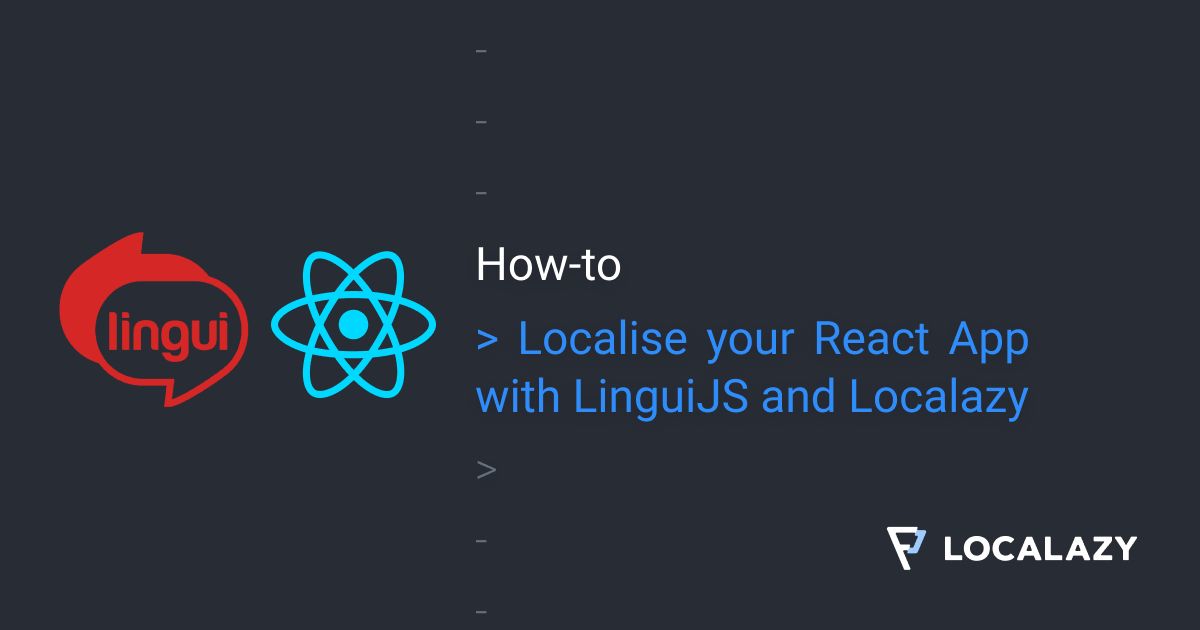 How to Use i18nexus with your React App for Scalable and Automated ... 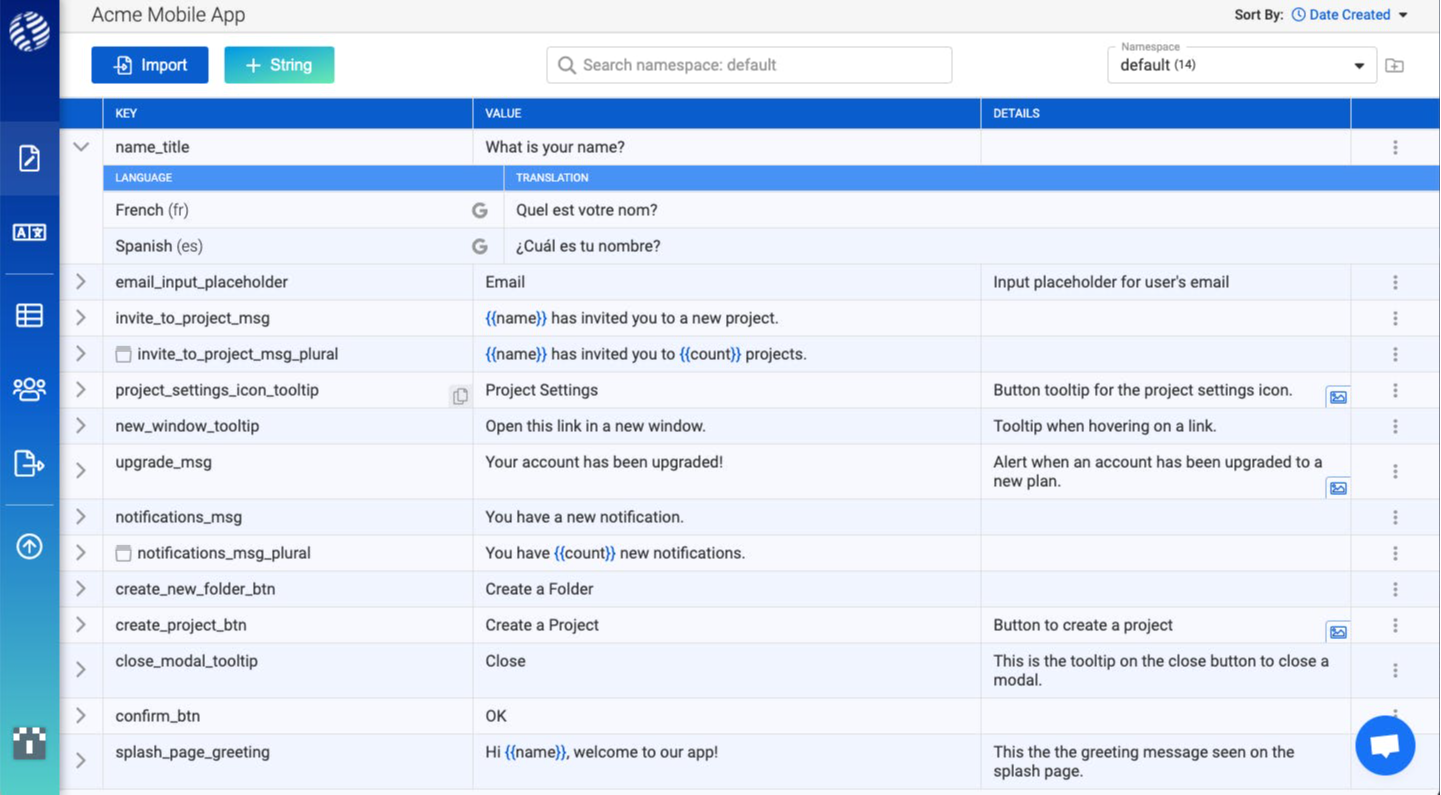