This Is Software Engineer's Nightmare 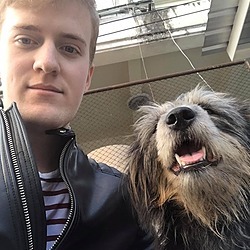 This is a true story of a software job turning into HELL.

Also, tomorrow I need everybody to come to work at the office as a team and do the minimum working hours 9 am to 8 pm.
- Boss

I’m an American living in Thailand — I moved here after high school to study Computer Science in Bangkok. I have been very fortunate to have met so many great people.

In mid-2019, I started to look for software engineering positions after taking a health break in the states. In Thailand, it’s difficult to get a visa and work permit as a foreigner. Visas are valid for 1–2 years directly coupled with a company. If you change companies, quit, or get fired, you have 7 days to leave the country. You need a visa and a work permit to legally work in Thailand.
The Tricky Part
Jobs having probation periods may ask you to ILLEGALLY live on a tourist visa until the probation period of 90–120 days ends.
Again, I lucked out from a previous job position, having until early 2020 to find another.

In August of 2019, I was contacted by a recruiter who sent a job matching my profile (Laravel/PHP 7 & Vue.js) with a competitive salary.
I initially ignored the message on LinkedIn, as the job description was vague, and the website looked like a typical boring SAAS company that aimed to target a broad market.
It seemed interesting enough for me to go back and apply after a week of no responses back from other companies. The office, located within a co-working space, had 5 employees in total, and only a 15-minute drive from my condo.
Interesting niche software, competitive salary, legal visa & work permit within a month, it was all too good to be true.
4 Months Later
I and three other coworkers have still not received a visa or work permit. The work schedule started as a typical 9–5 in Thailand, meaning 9–6 pm. It quickly turned into, “Can you work Saturdays?”, “Can you stay until 7 pm?”, “Can you handle working until 8 pm?”.
We hadn’t taken any holidays, personal days, sick leave, or PTO in 4 months. As the weeks continued to fuse into one giant month, I began to dig into the company’s history finding they were not legally registered in Thailand to hire foreigners.
My bosses were two rich French-men living in Thailand, Singapore, Monaco. They flew into Bangkok to push a deadline without any requirements; they thought their company would help motivate us to push harder as if we were behind. Instead, we were met with loud, blaring music, loud personal phone calls in a tiny 20 x 20ft box.
A new coworker got a chest infection during all of this over-overtime. He was denied any part-time off, constantly being called by my boss asking if he’s feeling better. Chest infections don’t just go away. He was gone on the day my bosses flew in due to severe coughing that was disturbing everyone in the co-working space.
I felt responsible for my coworkers and my team to have a good outlook on the project and try to improve morale during the long days.
My bosses were quick to judge, “Why is __ not here? This is the worst time to be sick”. He had an infection for 3 weeks. Not once did my boss ask if he was okay or show any humanity — he was met with an upset boss unable to contemplate how medicine doesn’t cure an infection immediately. The poor guy was still denied any sick leave or time for check-up appointments.
Enough is Enough
I covered for him and told him that his health should be the top priority over anything else. He was able to take a few hours during the week to get treated at the hospital, without my boss knowing.
Our salary was wire-transferred from Singapore and had no payslip or transaction information. It could arrive anywhere from the first of the month to the 6th, which is an issue when you have bills to pay and a life to live.
As the workload increased, everyone became more and more exhausted. I started to become anxious from the unending work, random deadlines, and disregard for humanity from my bosses. I planned a doctor’s appointment to get checked up, seems reasonable, right?
I was denied the time for my appointment.

My appointment was scheduled for SUNDAY. I thought that would be in the best interest of the company and teammates.

Redacted names to not get sued for defamation.
Not urgent and you’re still young. A bold statement, Mr. Boss. I informed him I would be going to my appointment anyway.

The management of __ also wishes to remind that employees are not allowed to modify their schedule & working hours without the prior approval of their superior and that any delay must be informed to their superior.

Any failure will be considered as a serious misconduct.

We hope you understand we want you to improve your performance.

We believe you have the potential to become a valuable asset to our organisation. We would like you to prove your capabilities, willpower and hard work.

5 months in, our over-time pay was becoming apart of our standard schedule. 6 day weeks, from 9 am to 8 pm. No sign of improvement and my visa was getting closer to its expiration date. No time off, no team lunches, no personal time. Our lunch breaks consisted of us watching movie trailers and eating food at our desks for 15–30 minutes and back to work.
You can guess who didn’t follow this schedule. Who the hell would work 6 days a week, 9 am — 8 pm as a father or even as a normal person with family and friends.
Nice pictures of our bosses flying across the world on business class, to their home on the beach in Thailand and Singapore, all the way to Spain and Monaco to have lunch with wealthy businessmen.
The Cherry On Top
I began investigating more into my bosses’ earlier companies and activities. Low and behold, the product we built was an exact pixel-per-pixel copy of a well-off booking site for, you guessed it, yachts!
There’s More…
This idea had existed as a product under a different company name, under my boss’s old company. The company failed 6 months in. I reached out to an ex-worker who told me he was unable to get a visa and work permit and had to move back home. More articles surfaced explaining a niche software service, a fully automated system, named under various companies; this was a trend and went back over a decade.
All public partnerships and agreements with companies were fake. The other companies were my boss’s companies. It was hard to piece it all together. Selling and marketing a product that didn’t exist yet, partnerships, unending work… FRAUD. Pressure came from the top investors to bosses, down to us employees, expected to deal with it.

I showed my teammates evidence linking all of this together and quit.
In the end, I lost. I lost time and energy with people who didn’t care about me as much as I took pride in developing the project.
Through the mess, I met amazing co-workers from Poland, India, and Indonesia. We built a beautiful application from design to deployment. During this time I was able to take on a team-lead role, plan out features, use best practices and the latest technologies, the dream.