A Guide to Using Scoped Services Inside Singletons 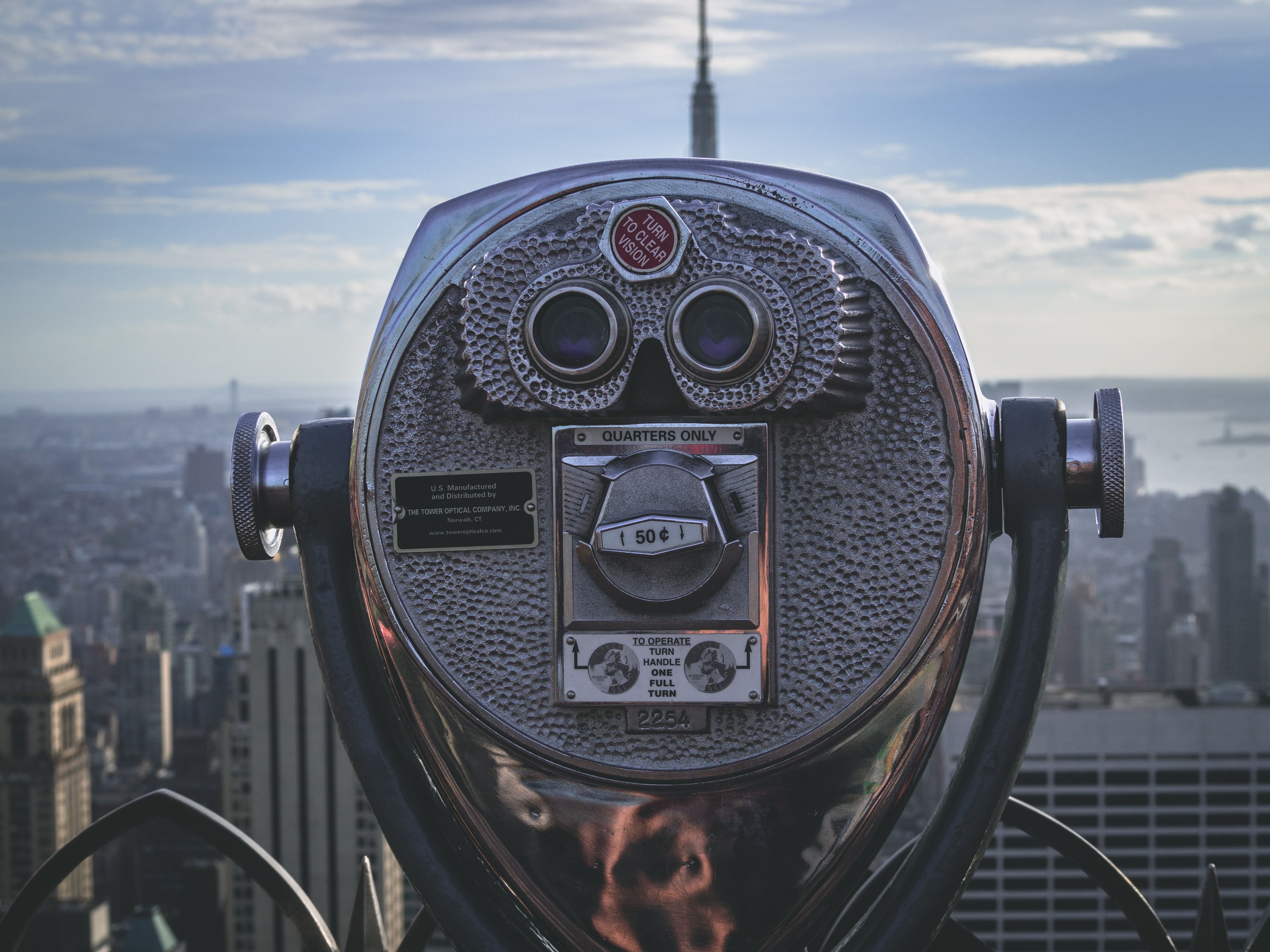 If you find yourself in a situation where you are trying to inject a scoped service into a singleton, that's generally a code smell and you should seriously consider refactoring your services to avoid that dependency.

Nevertheless, there are sometimes legitimate reasons to use scoped services inside singletons. If you believe this to be true of your use case, then please read on.

Have you ever tried injecting a service into another service, but get the following exception?:

If so, this is a good indication that you might be trying to inject a scoped service into a singleton service. The exception appears because the DI container is trying to protect you from Captive Dependencies (see the disclaimer above). While it is generally good that the DI container tries to stop you from doing such things, it is sometimes necessary to do so.

I recently came across this when trying to create a hosted service in ASP.NET Core. A hosted service allows you to create long running background task, and it essentially behaves like a singleton service (with a few minor caveats).

Some of my background tasks need to make use of other services, most of which are transient/scoped. However, when I tried injecting these services into the consructor of my hosted service, I got an exception similar to the one above. 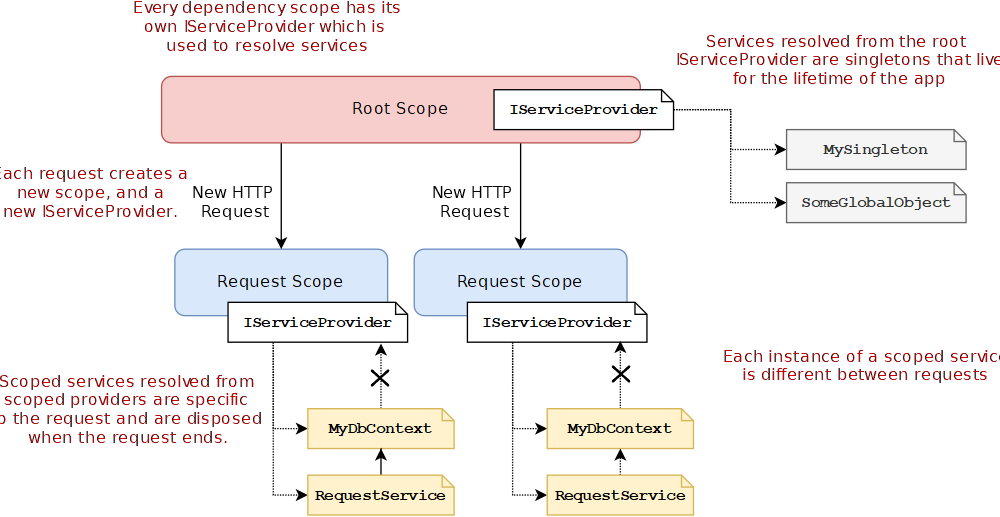 The created scope has it's own IServiceProvider, which you can access to resolve your scoped services.

It is important to make sure that the scope only exists for as long as is necessary, and that it is properly disposed of once you have finished with it. This is to avoid any issues of captive dependencies (as discussed at the start of this article. Therefore, I would recommend:

While trying to resolve scoped services within a singleton can often be a sign that your code needs refactoring, sometimes it is still necessary to do so.

Scoped services can be used in singletons by creating a scope and using the IServiceProvider of the scope. However, it is important to make sure that the scope is cleaned up once it has been used to prevent captive dependencies.

Related Stories
Subject Matter
Book a Demo. Ship Fast. Rest Easy. LaunchDarkly. by @LaunchDarkly
#promoted
The Top 4 Nuget Packages According to This Software Developer by @samwalpole
#csharp
Humans Neglecting Maintenance: Causes And Consequences by @Kiran
#business
Master The Art Of Using Typescript Without The Compile Step by @theBenForce
#typescript
The Rollerball Cryptocurrency Hypothesis by @atrigueiro
#cryptocurrency
What Is Keyword Foraging and How Can You Use It For Better Search Results? by @chgd
#search-engine
Python Access Modifiers: Public, Private, and Protected Variables by @kianooshsanatkar
#python